From holding special recognition living or deceased veterans to inviting Fort Jackson soldiers to a home game, the Lexington County Blowfish have maintained a respectful and honorable relationship with the military.

The names of the 13 soldiers who lost their lives during an August 2021 attack at an Afghanistan airport to be displayed on the select jerseys of Lexington County Blowfish players.
Thomas Grant Jr. | Chronicle 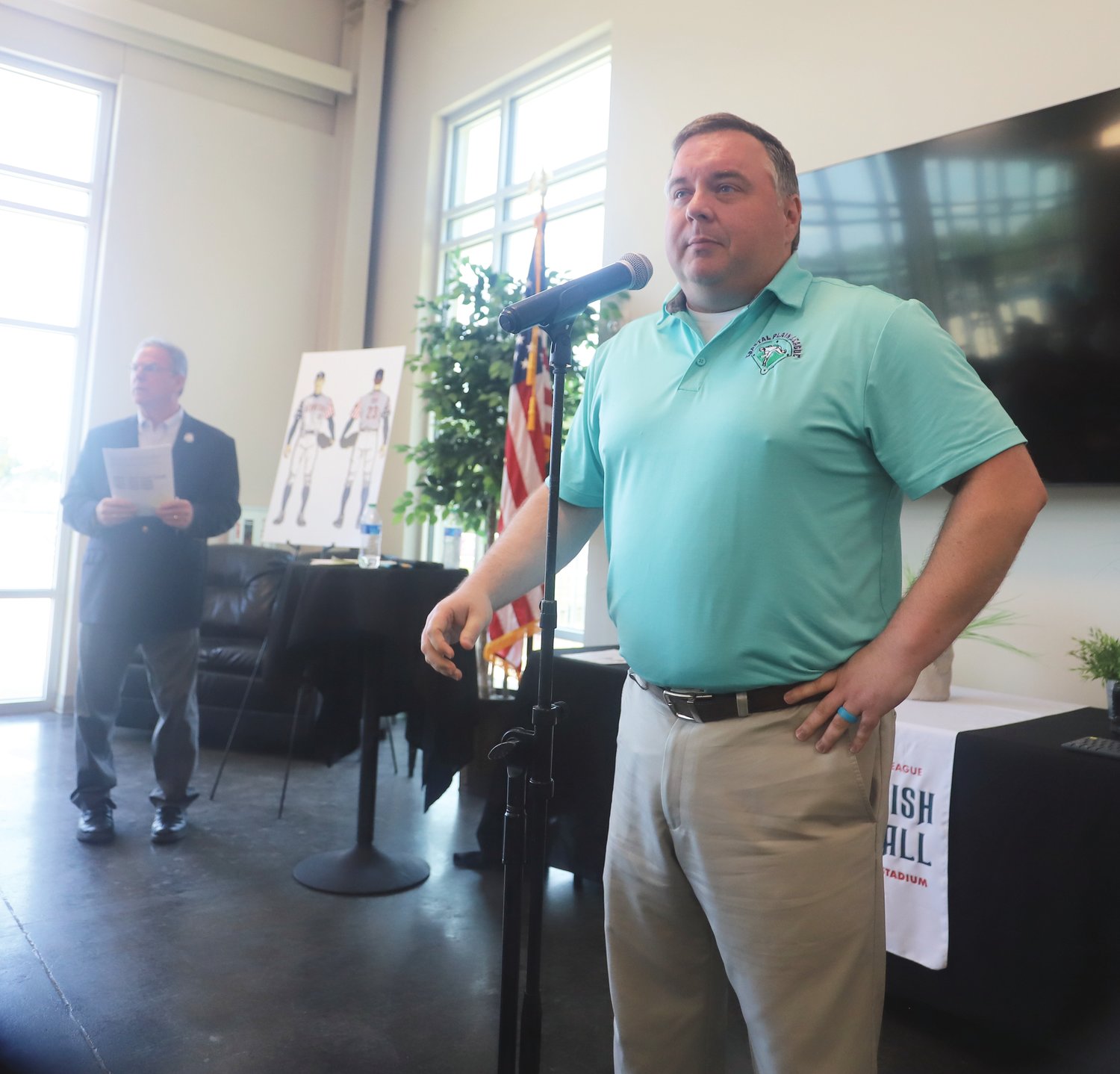 From holding special recognition for living and deceased veterans to inviting Fort Jackson soldiers to enjoy a game, the Lexington County Blowfish have maintained a respectful and honorable relationship with the military.

It continues into this year's opening weekend, which also coincides with Memorial Day.

The Blowfish will use back-to-back home games to remember the "selflessness of all the brave men and women that made the ultimate sacrfice to protect our country," according to a press release.

Foremost in this recognition are the 13 United State service members who died at the airport in Kabul, Afghanistan in August 2021. On that day, 11 U.S. Marines, a U.S. Army soldier and a U.S. Navy shipmen lost their lives after a suicide bomber detinated a 25-pound explosive vest at an airport security check.

At Wednesday's monthly luncheon, an emotional Bill Shanahan, co-owner of the Blowfish, announced plans for for 13 players to wear special jerseys that feature the names of those service members. They will wear them during the May 27 home game against the Forest City Owls.

The jerseys will look similar to those being worn this season with the names of local law enforcement, emergency services and school districts.

"Memorial Day is always an important and solemn time of year," Shanahan said. "Not only do we want to remember all that have sacrificed their lives for our country, but this year, we wanted to bring special attention to the 13 brave men and woman that died protecting others after a suicide bomb attack in Afghanistan last August. These service members, across three different military branches and from all over our great country, were strangers before their military service but died together as heroes.

"The Lexington County Blowfish are humbled to wear these heroes on our back to celebrate their lives and remember the sacrifice made."

Coastal Plain League Commissioner Justin Sellers was also in attendance Wednesday. He spoke about the high priority his league places on honoring "hometown heroes." He emphasized that a moment is held at every ballpark in which everything is halted to salute those who've served each team's community.

"Without the service — and sacrifice — of all the brave men and women of the U.S. Armed Forces, we wouldn't be able to do what we do," he said. "We choose to honor and pay respect to our military — past and present — every game. These 13 heroes deserve to be remembered and this act by the Blowfish is a special way to ensure that they are."

Shanahan, who also announced July 9 as the return date for Fort Jackson night, closed by reading a quote from Lexington County resident Dinae Rawl, the Gold Star mother of First Lt. Ryan Rawl, who was killed in Afghanistan in 2021:

"Honoring these 13 heroes is a way to let people know that the good people of Lexington County have not forgetten the importance of sacrifice."