There will be a “Bad Moon Rising” over Lexington’s Icehouse Amphitheater Sept. 23. 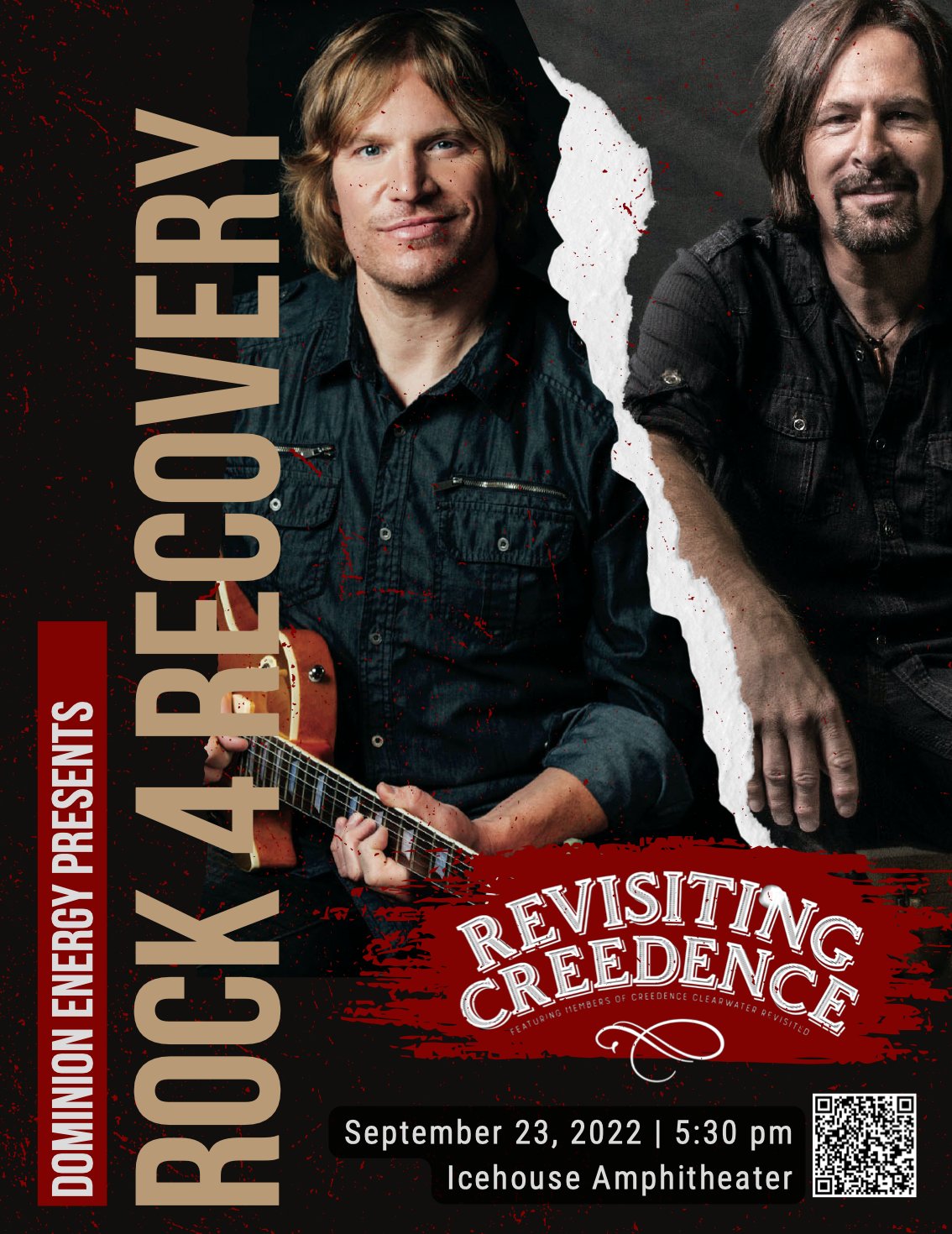 There will be a “Bad Moon Rising” over Lexington’s Icehouse Amphitheater Sept. 23.

Revisiting Creedence has been announced as the headliner for the annual event Rock 4 Recovery. The alcohol-free concert, which has happened twice previously at Lexington’s town-owned downtown venue, benefits LRADAC, the designated alcohol and drug abuse authority for the counties of Lexington and Richland.

But the point of this event extends beyond toasting the legacy of classic rock royalty. The concert is held to “help raise awareness about the power and healing of recovery from substance misuse and help support persons in financial distress so they can fully participate in recovery services for themselves and their families,” according to a press release.”

And it’s been successful as a fundraiser.

“With the success of our first two concerts, the LRADAC Foundation has allocated nearly $100,000 over the past three years to help families and individuals enter recovery who were unable to do so on their own because of a lack of insurance or inability to pay,” LRADAC Foundation Chair Amy Reeves is quoted.

Dominion Energy is the presenting sponsor for the event.

“It means so much to us to support the LRADAC Foundation in the life-changing and often lifesaving work they do every day,” Keller Kissam, president of Dominion Energy South Carolina, is quoted. “This local organization gives hope and healing to people on their road to recovery, which helps to keep families and communities together.”

The event has previously catered to ’90s soft rock fans with 2019 headliner Sister Hazel and 2021 headliner Edwin McCain. The concert happened once at the Central Energy venue in Columbia before moving to Lexington in 2021. Rock 4 Recovery was canceled in 2020 due to COVID-19.

The Sept. 25 event will go from 5:30 to 10 p.m. and will feature a variety of local food trucks. Longtime Columbia music fixture DJ Prince Ice will start the night by spinning hits from the '70s, '80s and '90s.

Tickets cost $25 and are available at rock4recovery22.eventbrite.com.

Photos: National Night Out in Batesburg-Leesville

West Columbia Gallery to Showcase Another Side of Dr. Seuss