Do Democrats want everybody to vote?

It doesn't matter if you are here illegally or a convicted felon.

If Senate Republicans don't block it, the federal government - i.e the Democratic Party - will let anybody vote and run elections …

Do Democrats want everybody to vote? 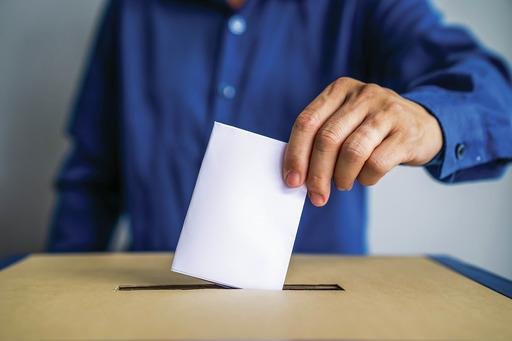 It doesn't matter if you are here illegally or a convicted felon.
If Senate Republicans don't block it, the federal government - i.e the Democratic Party - will let anybody vote and run elections from here out.
That means rigged elections, ballot harvesting, ballots mailed to illegal aliens, even dead voters coming back to life to vote.
No conservatives - no Republicans - may ever be elected again.
We will have the equivalet of a 1-party system as they have in China if the Senate passes the Democrats' HR1.
It has already been passed by Nancy Pelosi and her House majority.
I'm not a Republican although I agree with many of their values.
I once was a Democrat when just about everybody in South Carolina was.
My mother became the 1st Republican in our family because, she said, the Democrats had abandond her.
I'm an independent and proud of it.
I have friends in the Democratic Party but most of them are as concerned as the rest of us by the socialist takeover.
I was delighted to see Gov. Henry McMaster and Sen. Lindsey Graham tell the unvarnished truth about HR 1 this week.
That's the bill the Democratic Socialists call the 'For the People Act.'
The Democrats say the bill aims to:
• Expand Americans' access to ballot boxes.
• Reduce the influence of big money in politics and end gerrymandering to keep privileged white politicians in office.
• Strengthen ethics rules for public servants and other anti-corruption measures.
It will do nothing of the kind. If HR 1 passes, kiss you ballot goodbye.
I have not always agreed with Sen. Graham but admire his moxie.
He has called HR 1 what it is - "the biggest power grab in the history of the country."
This week he and the governor said the bill will take election rules away from the states and make elections less secure.

The Republicans and a few Democrats like Sen. Joe Manchin should show the courage to send HR1 back to the House DOA.
They can kill this takeover bill if they use the Senate's filibuster rule.
We had better hope they do.

For questions or comments, please email JerryBellune@yahoo.com
Our special offer for you
If you like our Chronicle stories, you can help us by joining our loyal subscriber family.
To help us keep serving you, we offer a 6-month digital subscription for only $19.95.
This offer is also good for present subscribers who want to add 6 months to their subscription.
Just call us at 803-359-7633.
Nights and weekends please leave your name and phone number and we will call you back.