Another commemoration of the life and service of Drew Bar, the Cayce Police K-9 Officer who was gunned down in the line of duty in April, was unveiled June 28. 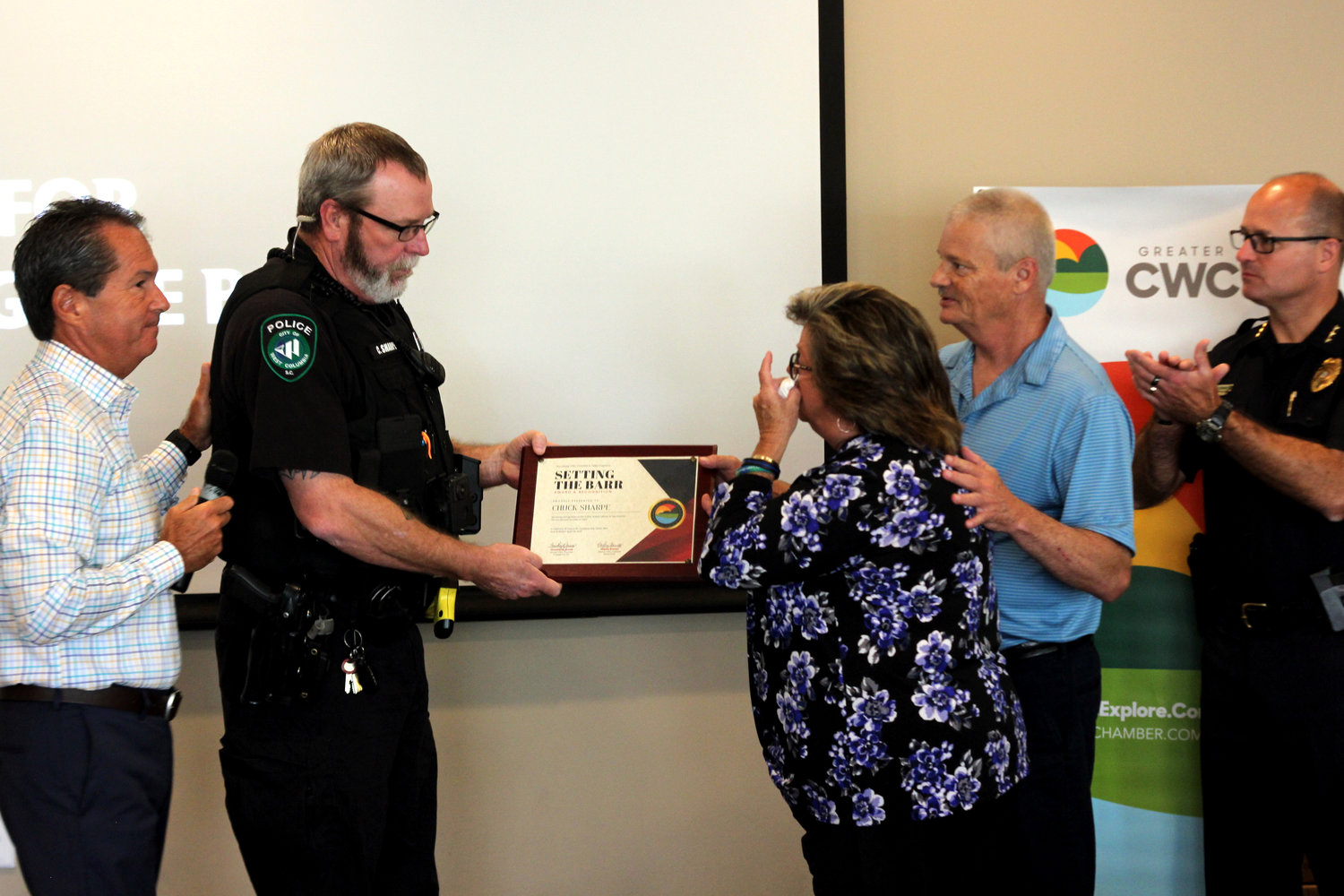 Another commemoration of the life and service of Drew Barr, the Cayce Police K-9 Officer who was gunned down in the line of duty in April, was unveiled June 28.

At its monthly breakfast meeting, the Greater Cayce-West Columbia Chamber of Commerce announced and awarded the first Setting the Barr award, sponsored by Dominion Energy. It will offer quarterly recognition of outstanding service from local first responders in all disciplines.

Tim James, president/CEO of the chamber and a Cayce City Council Member, explained that the cross-disciplinary nature of the award was befitting of Barr, who was certified and served as an EMT, a fireman and a police officer.

“[He was] a true hearted man of faith, kind, adaptable, steadfast and all that he did,” James said. “And yes, even a badass what he needed to be because he's law enforcement.”

The first recipient of the award, West Columbia Police Officer Chuck Sharpe, has also served in those three disciplines, and it served him well in the moment that earned him the award.

During an off-duty gathering at the city’s Savage Craft Ale Works with his shift mates, the young child of one of his fellow officers fell ill, eventually losing consciousness. Sharpe leapt into action and revived him with CPR, saving his life.

The child and his parents thanked Sharpe via a video message, and Drew Barr’s parents presented Sharpe with the inaugural award.

Other commemorations of Barr's life continue. Last week, the City of Cayce held a celebration for his birthday, and the Cayce Police Department is selling commemorative shirts to fund support efforts for officers who may experience a medical event or their families.