Last week, an annual Lexington event was as poignant as it’s ever been.

As they do each year, local law enforcement and members of local governments gathered with the public for the … 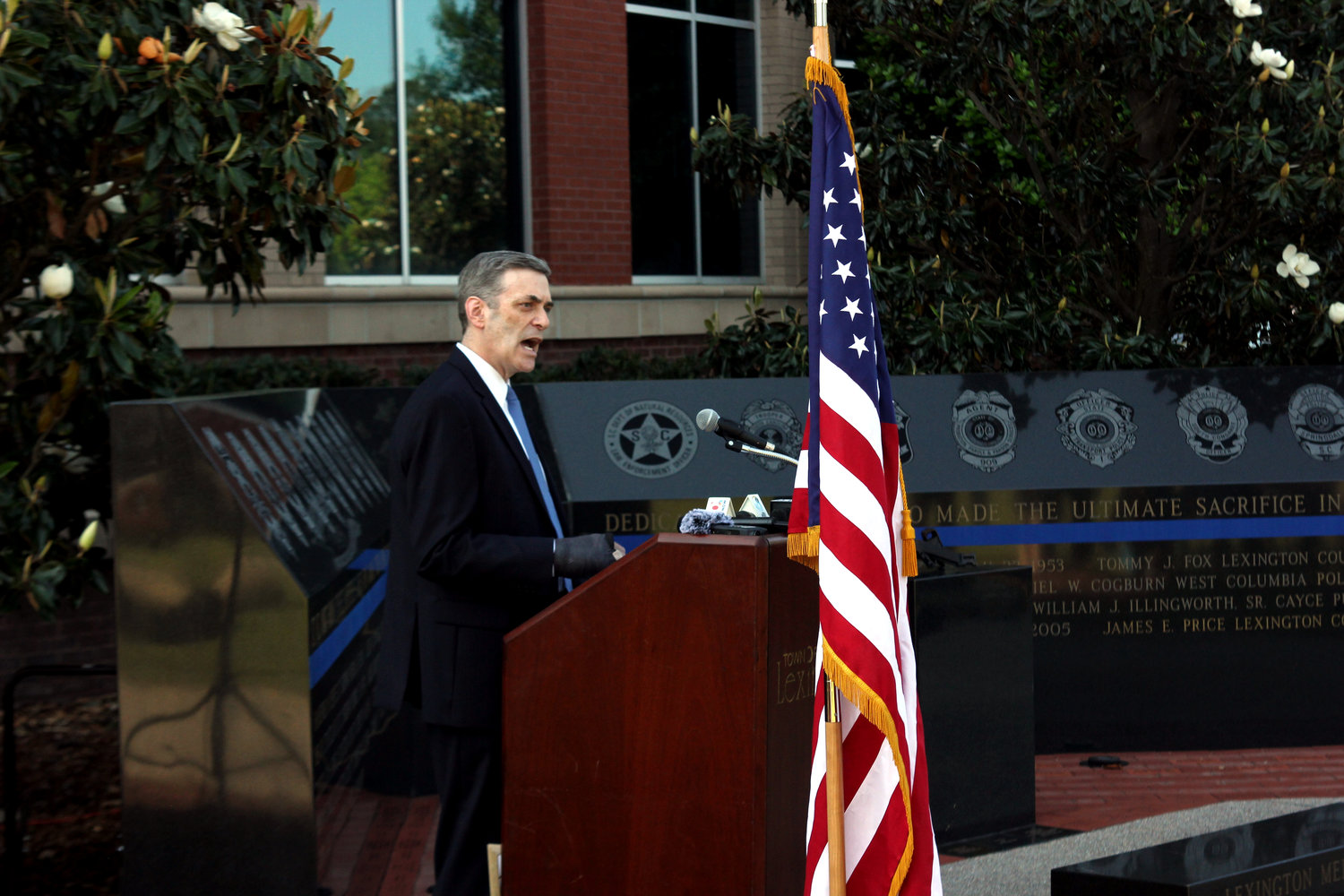 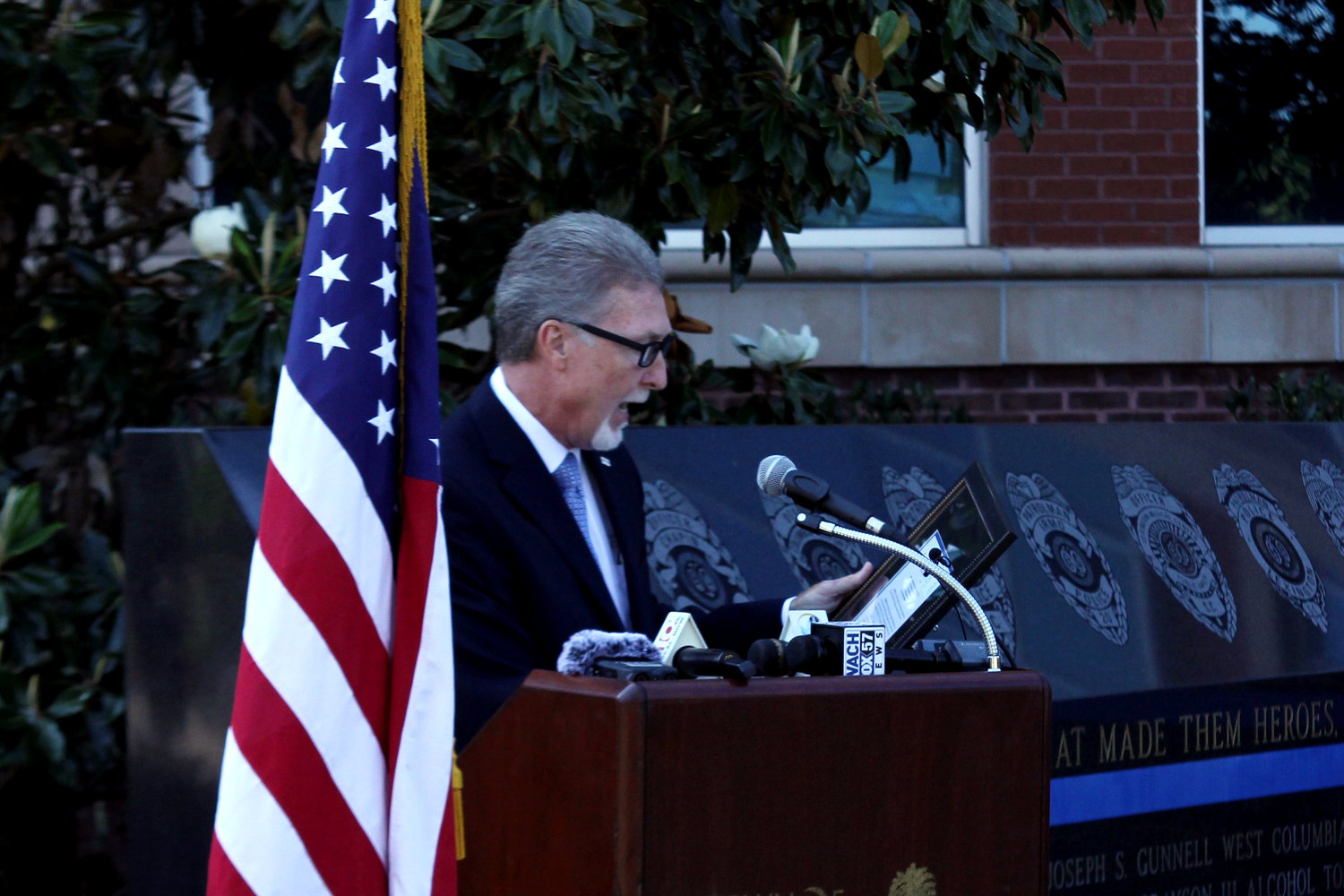 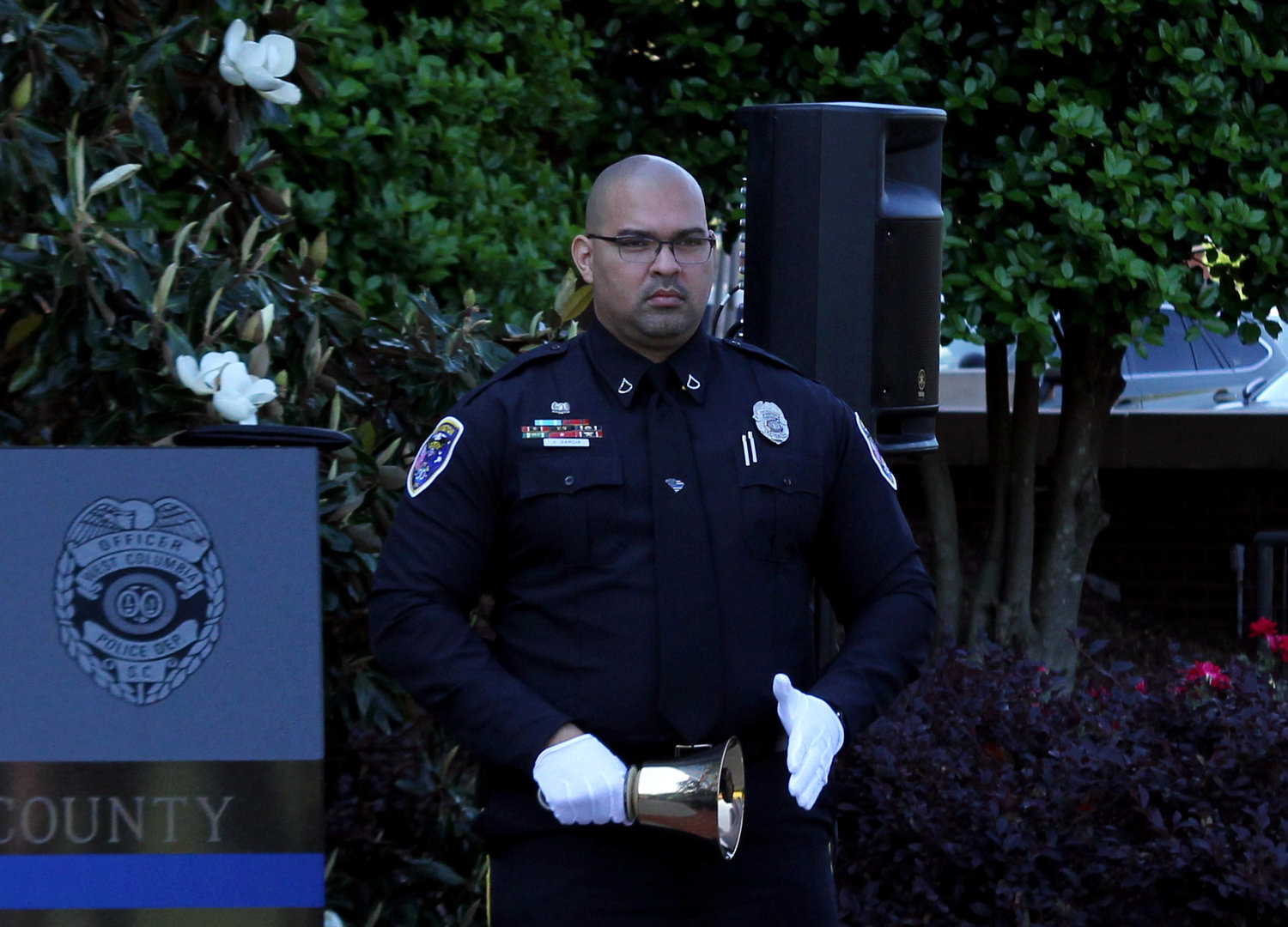 An officer rings a bell to honor the names of fallen law enforcement members during the Lexington County Law Enforcement Memorial Service on May 18.
Jordan Lawrence | Chronicle 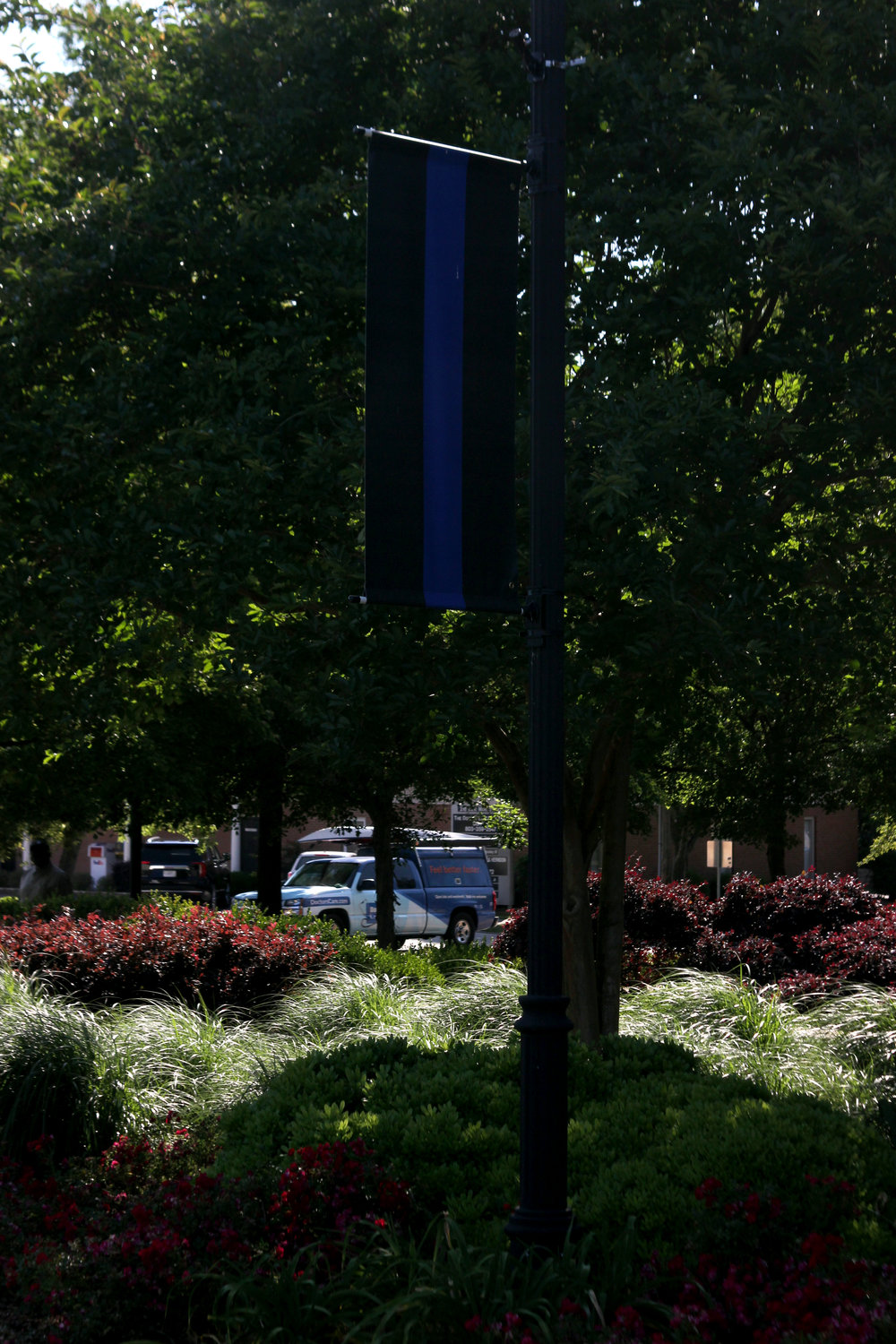 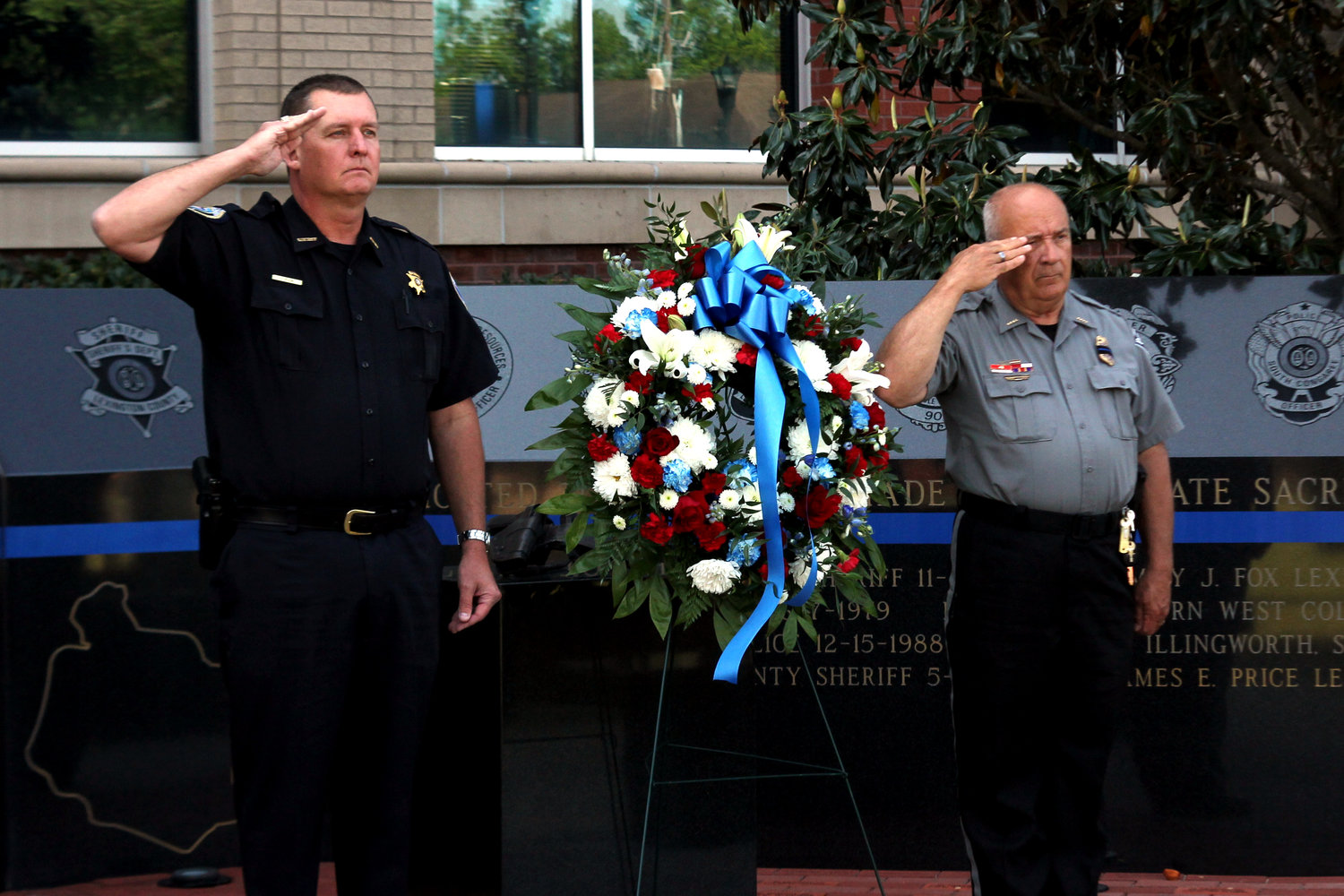 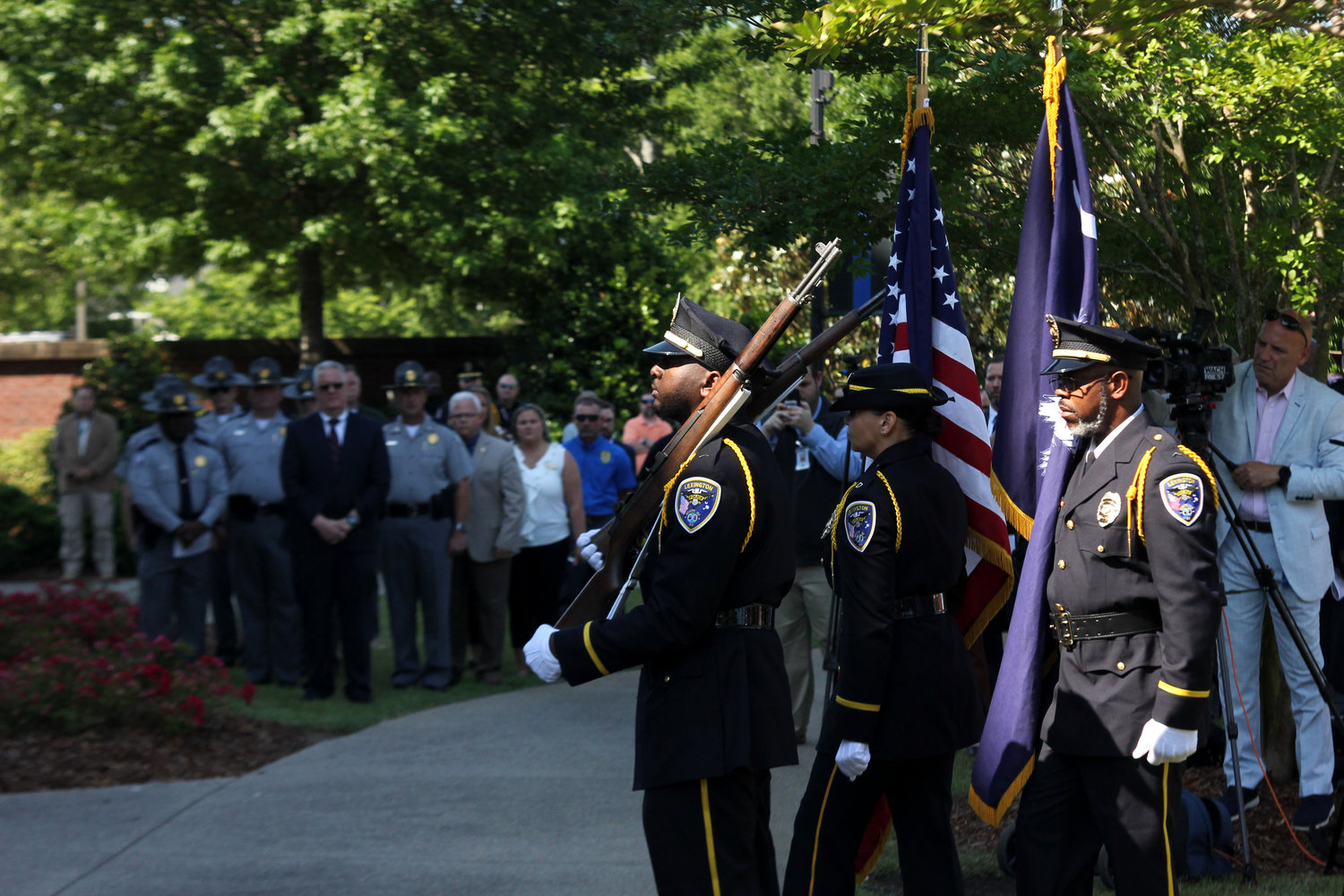 Last week, an annual Lexington event was as poignant as it’s ever been.

11th Circuit Solicitor Rick Hubbard was the featured speaker, and after framing his speech around the question of why law enforcement members choose a profession that is very often dangerous and doesn’t pay enough, he zeroed in on a recent, community-shaking tragedy.

“If anybody has any illusions that your job is not at all risky, those illusions were shattered April 24 when your brother Drew Barr was shot, when he was murdered in Cacey doing his job responding to a domestic call,” Hubbard said to the law enforcement in attendance.

According to the Cayce Police Department, Officer Barr was killed when a man, Austin Leigh Henderson, tracked and shot at responding officers from an upstairs window before killing himself after a seven-hour standoff.

The solicitor lamented that shockingly violent incidents are becoming more common, both around the country and in the Midlands.

“The whole world we live in right now just seems to have changed,” Hubbard said. “When I started as a prosecutor, we had court I think once a month, crime levels were so low. We weren't hearing about mass shootings. And now it's like the very foundations of the world have broken open. Evil has seeped out.

“It's gone all across our country. Just the past two weeks, we've had mass shootings, multiple mass shootings in two weeks. A grocery store in Buffalo, a church in California. But folks, this isn't just in our country. It's reached us. One week before Drew was murdered. we had a shootout at the [Columbiana Centre] mall.”

That mass shooting at the mall that straddles the Lexington/Richland county line on the Saturday of Easter weekend left 15 people injured.

Referencing words delivered by Cayce Police Chief Chris Cowan at Barr’s funeral, Hubbard answered the question of why law enforcement members do their jobs: They are called to it.

The solicitor praised them for continuing to answer the call.

“You know inside that what you do is important. And you have to do it. You are meant to do this,” he said.

Before names of fallen officers in Lexington County dating back to 1925 were read aloud, every one honored with the ringing of a bell, Lexington Mayor Steve MacDougall read out a proclamation from himself and Town Council declaring May 15, a national holiday for law enforcement members killed or disabled in the line of duty, as Peace Officers Memorial Day and the week in which it falls as Police Week.

He then presented a copy of the proclamation to the Lexington Women’s Club, which he thanked for funding the Thin Blue Line banners that decorated the streetlights along Main Street and in Lexington Square surrounding the memorial.