The Lexington County Blowfish were undefeated this season against the Florence Flamingos entering Thursday's doubleheader. 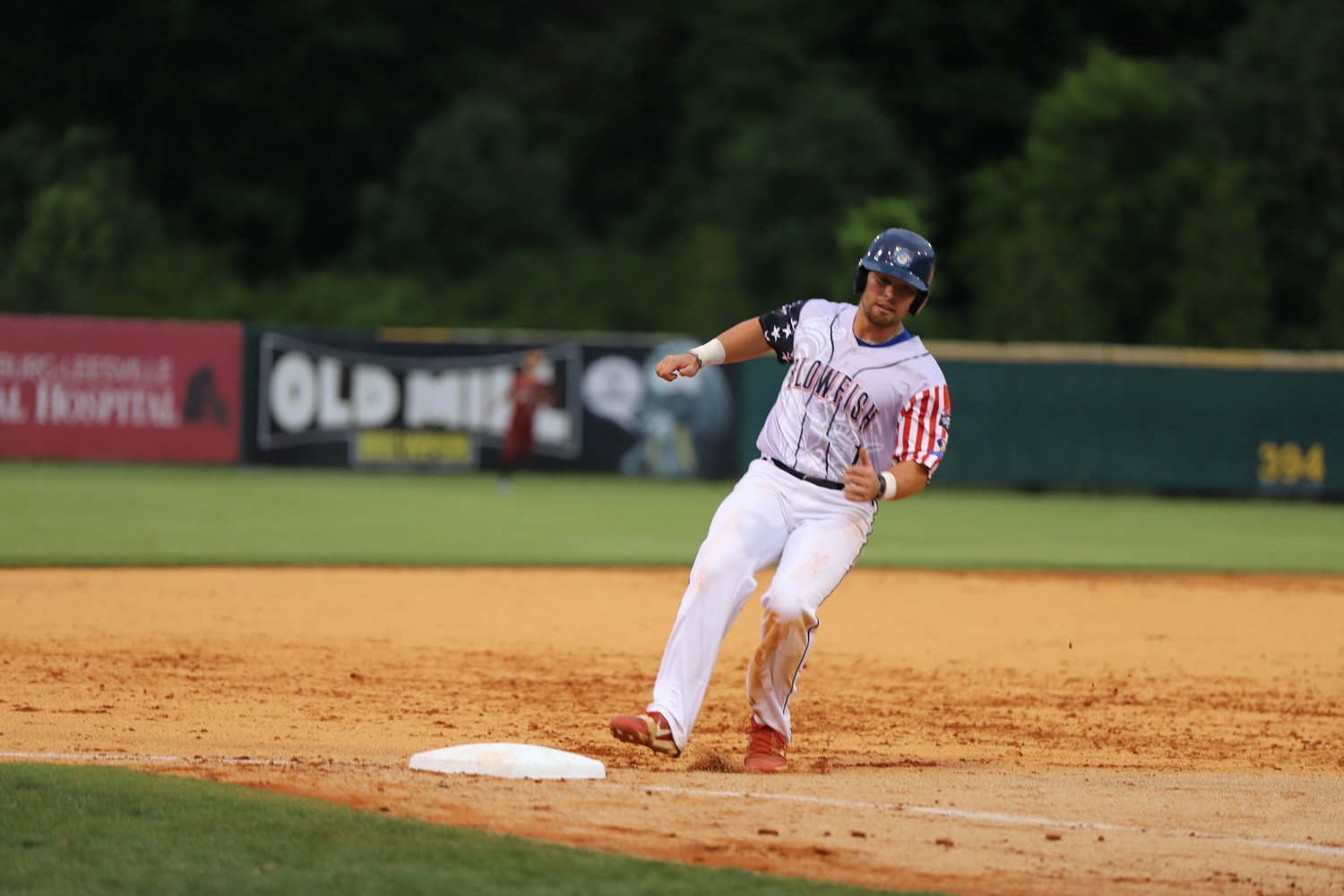 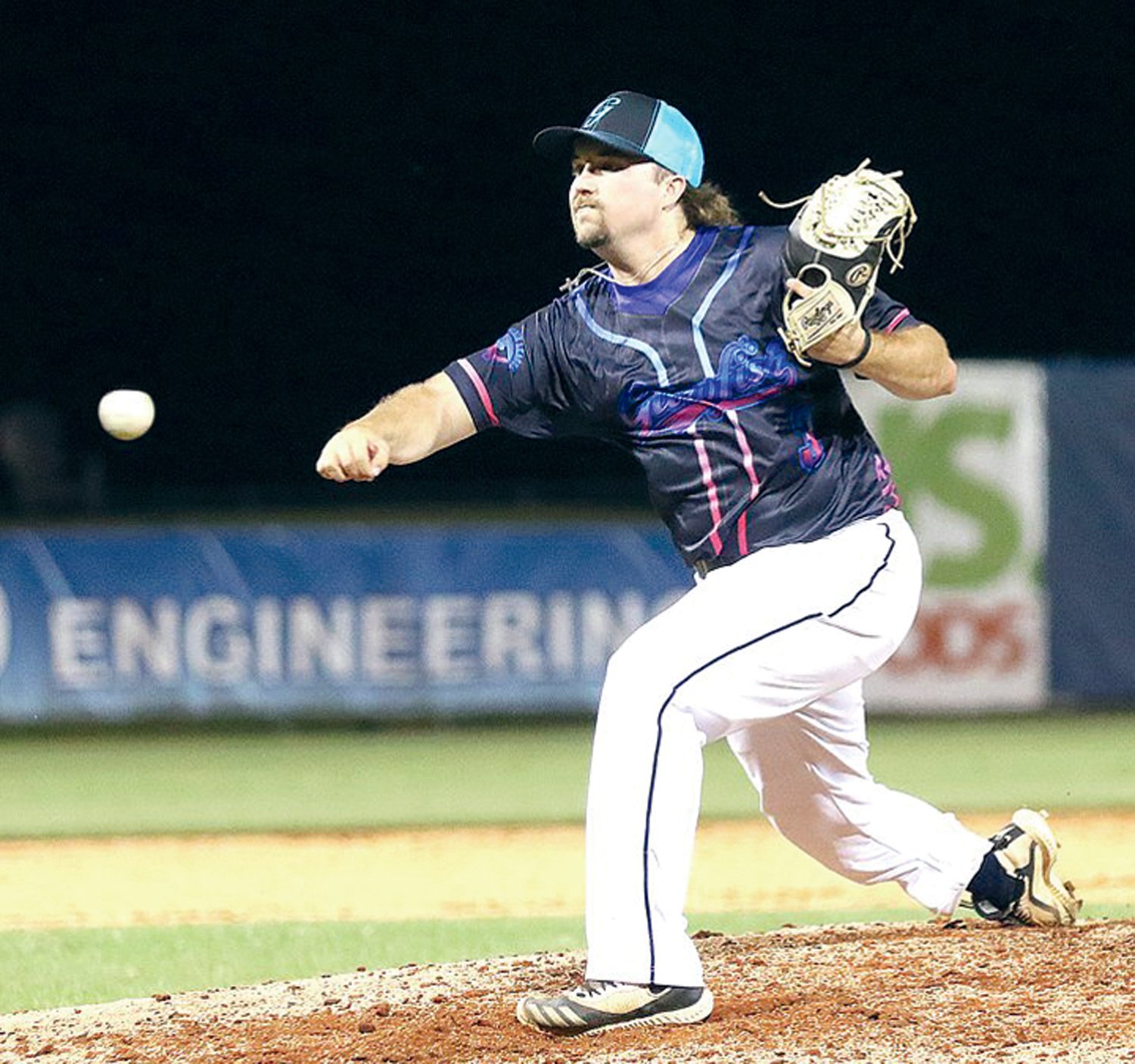 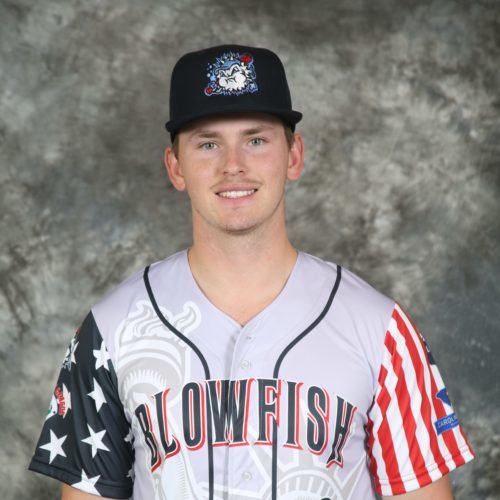 The Lexington County Blowfish were undefeated this season against the Florence Flamingos entering Thursday's doubleheader.

The perfect record, along with the team's first-half West Division title hopes, officially ended for the Blowfish after losing both games on the road at Carolina Bank Field.

It was the third straight loss for Lexington County (10-11) which dropped into a third-place tie with High Point-Thomasville in the West Division standings with three games left in the first half of the season.

The Blowfish will now try to get back to .500 this Friday at home against first-place and defending Coastal Plain League champion Savannah.

It’s the first meeting in Lexington this season between the two teams, with the Bananas having won the previous three by a margin of 36-3.

Wells Sykes of Lexington put the Blowfish up 1-0 in the top 1st. After a leadoff single, he stole second and raced all the way to home plate.

W.W. King graduate Billy Amick of Clemson cut the deficit to 3-2 in the top of the third with an RBI single to score Sykes.

Florence broke the game open with four runs in the bottom half of the inning. After reliever Josh Topper walked three straight batters, he was replaced by Irmo graduate Aaron White.

He did not fare better as Mason Staz drove in a run with a sacrifice fly and Francisco Barbieri cleared the bases with a three-run homer.

Infielder Joshua Hernandez pitched a scoreless inning in the fourth. Airport graduate Parker Whittle got the first two outs in the fifth, but gave up a triple to South Tribble and Hinderleider and Hardee hit back-to-back RBI singles to close out the scoring.

Game two got off to a promising start for the Blowfish. They loaded the bases with one out in the first inning, but could only muster an RBI walk by Amick.

Once again, Florence erased the early deficit with a 2-run rally. Hardee drew a walk on starter Hunter Steger and scored on Aaron Shaehely’s triple to tie the game. Shaehely then scored on Staz’ single to put the Flamingos ahead.

Florence added two runs in the third as Hinderleider scored off a passed ball and RBI single by Jake English to make it 4-1. Airport graduate Dalton Mims replaced Steger with the bases loaded with two outs and got to fly out to end the inning.

As Mims held Florence scoreless for 2 1/3 innings, Lexington County rallied for three runs to tie the game in the fifth inning. Braylin Marine drew a walk, stole second base and scored after a passed ball and wild pitch by Brent Panick.

Both Amick and Brock Vradenburg drew walks and advanced a base after another wild pitch. George Derrick Floyd replaced Panick and gave up an RBI fielder’s choice to Jared Kirven and game-tying single to River Bluff graduate Alex Urban of Clemson.

The game remained tied entering extra innings. After Blake Falor advanced the baserunners to second and third with a sacrifice bunt, Ryan Ouzts pinch hit for Reece Holbrook and sent a sacrifice fly to center field to score Kirven.

The lead was short-lived as a throwing error by Beau Ross after fielding a bunt by English allowed the game-tying run to score.

Staehely drew a walk to load the bases. After Staz popped out, Dellermen sent a flyball to leftfield. The ball was apparently dropped by Crosby Jones, allowing Jack Hammond to score the winning run.