For a team playing in the Class 2A softball final for the first time, Gray Collegiate opened up like season veterans. 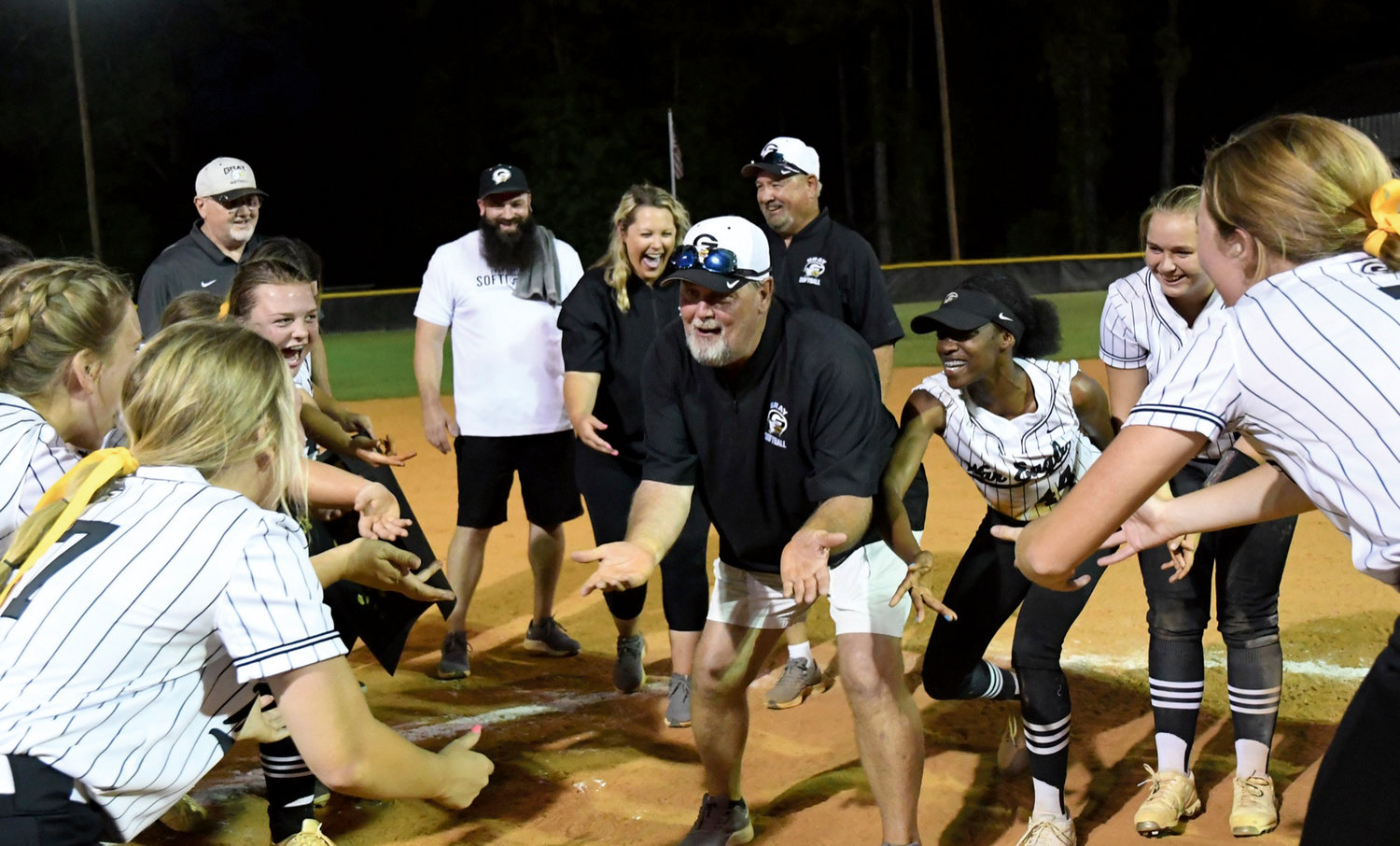 For a team playing in the Class 2A softball final for the first time, Gray Collegiate opened up like season veterans.
The Lady War Eagles defeated Latta 7-0 to take Game One of the Best-of-Three series. A win Wednesday at 1839 Dunbar Road in Cayce in Game Two clinches the program's first-ever title and third championship won this year by the school.
The Lady War Eagles pounced on host team Latta in the first inning. Aided by three of five Lady Viking errors committed in the game, Gray Collegiate posted five runs to take an early lead.
Two of the errors resulted in four runs scored, including a miscue at shortstop on a groundball hit by Aaliyah Irving-Jones that brought home three Lady War Eagles.
Brooke Tranum drove in a run in the second inning and Madox Long had an RBI fielder's choice in the fourth for her second RBI of the game. Pitcher Taylor Corley allowed six strikeouts and four hits for the victory.

Rainfall in the Rock Hill/Charlotte area postponed Game 1 of the Best-of-Three Class 5A final between Lexington and Fort Mill.
The two teams will try again at 6:30 p.m. Tuesday at Fort Mill High School. Game Two is set for the same time Wednesday in Lexington

Midlands Sports Complex in West Columbia is the site at 8 p.m. Tuesday for Game 2 of the Class 2A baseball final between host team Gray Collegiate and Andrew Jackson.
The Volunteers took Game One at home 8-4 this past Saturday. Ashton Phillips drove in four runs and Andrew Jackson capitalized off eight walks issued by pitcher Brent Stukes and three team errors for the win.
A win by the War Eagles (27-6) forces a deciding game Saturday at a site to be determined. It would also be the 494th for head coach Charles Assey Sr., who has won 71 games in his three seasons at Gray Collegiate and five state baseball titles as a head coach in his career.