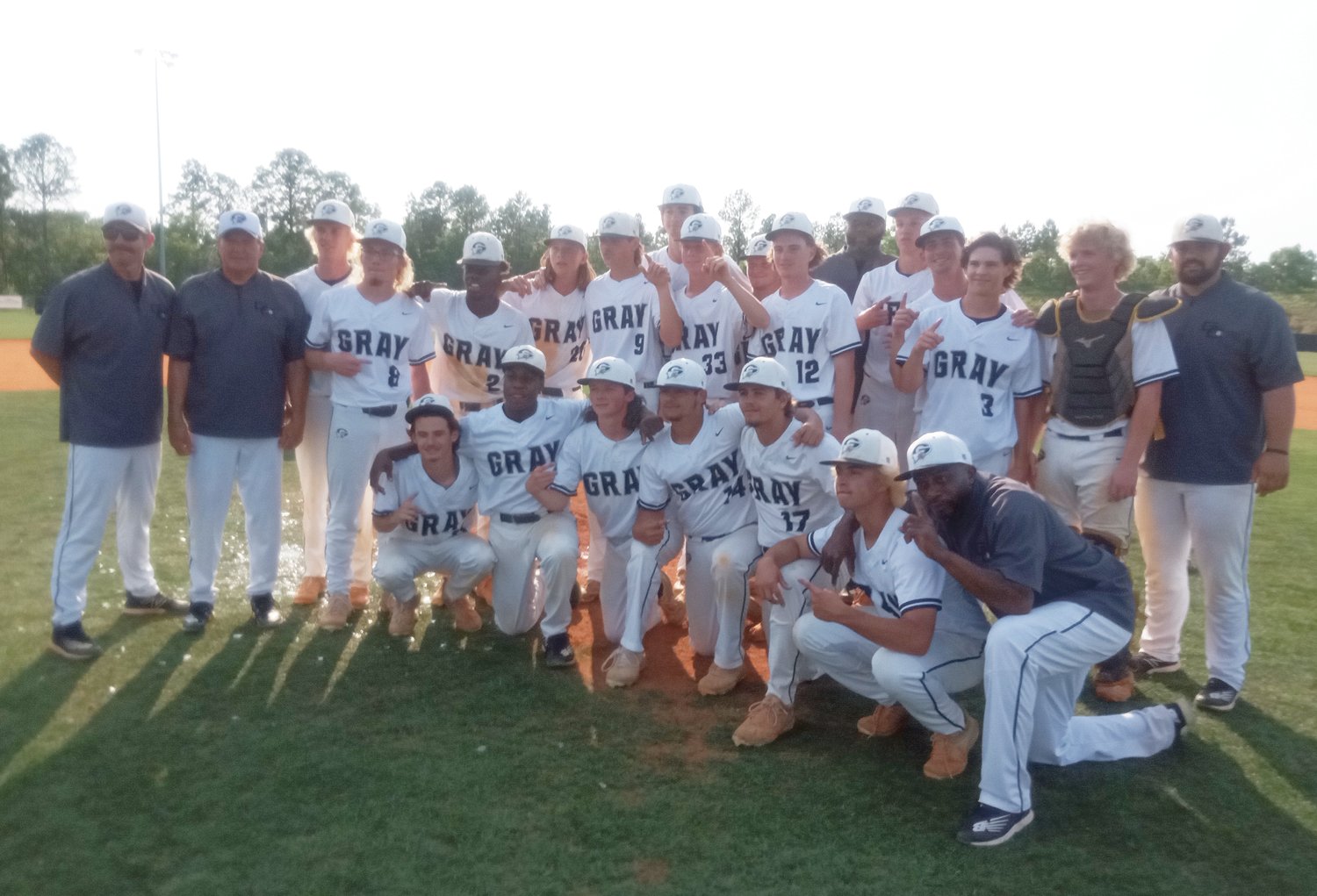 Another Gray Collegiate sports team is headed to the state finals for the first time.

The War Eagles' baseball team used a late rally to defeat St. Joseph's Catholic 2-1 to claim the Class 2A Upper State title. They will play Game 1 of the best-of-three series Saturday at Andrew Jackson.

While Gray Collegiate advanced, the 2022 seasons came to an end for Lexington, Airport and Brookland-Cayce baseball and Chapin softball.

Up next for Friday are the softball semifinals. Lexington will face Summerville at home in Class 5A Lower State, while Gray Collegiate play host to Crescent in Class 2A Upper State.

Entering the sixth inning, the Knights appeared poised to force a deciding game in the Class 2A Upper State final.

Starting pitcher Logan McMillan had a 2-1 lead after holding the War Eagles to just one hit through five innings. After striking out Savion Smith to open the sixth inning, St. Joseph's was just five outs away from victory.

A chop single by Gavid Creede began the comeback for Gray Collegiate. Peyton Starkey then beat out a single to first base, the first of two close plays at that position during the at-bat, and Brent Stukes was intentionally walked to load the bases.

This enabled St. Joseph's to get a force out at homeplate on a groundball hit by Kendrick Wright. Blain Redmond then hit an infield groundball and was called safe at first base to score the game-tying run.

Blake Wadlington was up and hit a groundball misplayed by Henry Dayden at third base. This allowed Stukes to score the go-ahead run.

Head coach Charles Assey Sr. was unhesistant in sending his pitching ace to the mound in Stukes. He struck out Braydon Renfrow to lead off the top of the seventh inning, but he reached as the catcher was unable to hold the baseball.

Stukes got the next two outs before Jackson was hit by a pitch. He then got Brady Ferguson to miss the final strike to end the game and spark the celebration on the Midlands Sports Complex field.

"This was big," Assey said. "It didn't look pretty throughout the ballgame. Take my hat off to St. Joe's. Their guy had us off-balanced all day. We couldn't get anything going with him. But, at the end there, we found a way to get it done. That's what we've been doing all year long. All we needed was one win and now we've got a chance."

A season highlighted by comebacks saw the Wildcats seeking their biggest one to date.

Get two victories over the third-ranked Stags and Lexington would have its first state title appearance since 2013.

The host team had other ideas. A victory would send Berkeley to the state title game for the first time since 1963.

Getting a four-hit shutout performance from pitcher Cole Greer, the Stags ended their state title appearance drought to win the Class 5A Lower State title.

A sacrifice fly by Hayden Newbold put Berkeley on the board. Rhett Legette then had the first of his two RBI with a solo home run in the top of the second inning.

The Stags opened up their lead with a four-run fourth inning. From there, Greer allowed just two hits and three baserunners the rest of the way. They will now open the Class 5A final Saturday at Fort Mill, a 2-1 winner over Blythewood in the Upper State final.

Lexington finished the season with a 24-8-1 record.

"Came up short today but hats off to @stags_baseball," Lexington head coach Brian Hucks tweeted. "We wish them luck next week. I think it’s their year.

"This group of young men has been amazing to coach and it is so hard to to see this group of seniors play their last game at Lexington. I love you guys!"

A Josh Raines' RBI single gave the Eagles a 1-0 lead in the top of the second inning.

They would not score again as the Red Foxes tied the game in the bottom half of the inning with a sacrifice fly by Ryan Jordan.

It remained deadlocked until the bottom of the fifth inning. With the bases loaded, Josh Jones gave Hartsville the lead with an RBI single. Cam Cannarella then scored off a wild pitch.

The duo of Daniel Parker and John Alexander combined to strike out 10 and allow just two hits. John Allen Forester struck out seven and allowed just six hits for Airport (24-8).

The Bearcats' quest for their first state title since 2008 ended Wednesday at the top-ranked Landsharks.

Ty Marshall put Brookland-Cayce on the board 1-0. Oceanside Collegiate answered with a sacrifice fly to tie the game in the bottom half of the inning.

The Bearcats regained the lead as they scored off a wild pitch in the top of the fifth inning. The Landsharks then broke the game open with seven runs in the bottom half of the inning.

Brookland-Cayce looked to rally in the top of the sixth inning.  Skylar King hit a two-run triple and scored off an error.

The Lady Green Wave scored six unanswered runs following a four-run rally by the Lady Eagles to set up a rematch with Lexington in the Class 5A Lower State final at 5 p.m. Friday.

Summerville jumped out to a 3-0 lead in the Bottom of the first inning. Chapin answered in the top of the third inning with RBI singles by Taylor Palfrey and Maddie McMillion and Carlee Norris scoring off a wild pitch to take the lead.

The Lady Green Wave loaded the bases in the bottom half of the inning. A sacrifice fly tied the game and an infield error, one of five committed by Chapin, scored two runs to give Summerville the lead at 6-4.

The lead was extended to 8-4 in the bottom of the fourth inning and an RBI single in the fifth closed out the scoring.

Chapin finished the season with a 21-8 record.