So what if they don't yet speak English?

By Thomas KnappSpecial to the ChronicleI run into a lot of bad arguments about our immigration policy. Probably the silliest is "but they don't speak English."The simplest, and most appropriate …

So what if they don't yet speak English? 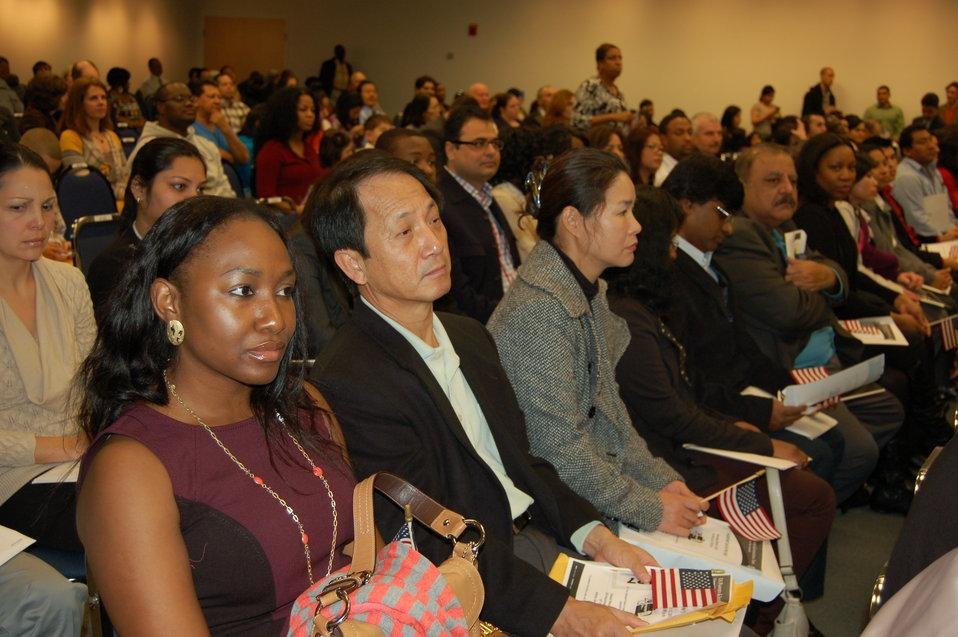 By Thomas Knapp
Special to the Chronicle
I run into a lot of bad arguments about our immigration policy.
Probably the silliest is "but they don't speak English."
The simplest, and most appropriate response to that argument comes from comedian Doug Stanhope: "Then don't talk to 'em."
Problem solved.
But let's take apart the fake "issue" in detail.
The argument often starts with fake tones of sympathy.
Those poor immigrants – how will they ever get jobs and "assimilate" if they don't know the national language?
Send them back for their own good!
Oddly, they almost always immediately turn to the claim that "My grandparents came here from [insert country], and you know what they did? They learned English!"
Clue: Your grandparents weren't exceptions. Most immigrants who don't already know English will learn it, especially if their careers require it.
Next is along the lines of "English is the national language and no nation can survive without a common language."
English is the dominant US language although Spanish seems to be gaining.
The US has never had a national language. It's always had a mix.
The Declaration of Independence was initially published in the 5 most common American languages as of 1776: English, French, German, Dutch and Spanish.
English gained dominance in the 20th century after the millions of men were drafted in WW2 and had to take orders in English.
In the Civil War, the Union Army formed segregated regiments of English and German speakers.
In urban neighborhoods you hear Mandarin, Yiddish, Russian or Hindi and Spanish competes with English for dominance.
A single common language in a country is the exception.
India boasts 23 official languages, 122 major languages and, according to its 2001 census, 1,599 other languages.
Forceful government policy made Mandarin the dominant 1st language in China  but more than 300 other languages survive.
There are no good argument for immigration authoritarianism but "they don't speak English" is the least convincing.
Thomas Knapp is director and senior news analyst at the William Lloyd Garrison Center for Libertarian Advocacy Journalism (thegarrisoncenter.org).
To comment, please email JerryBellune@yahoo.com