All six lanes of Interstate 20 in Lexington County are open along an 11-mile stretch that was the focus of a widening and improvement project. 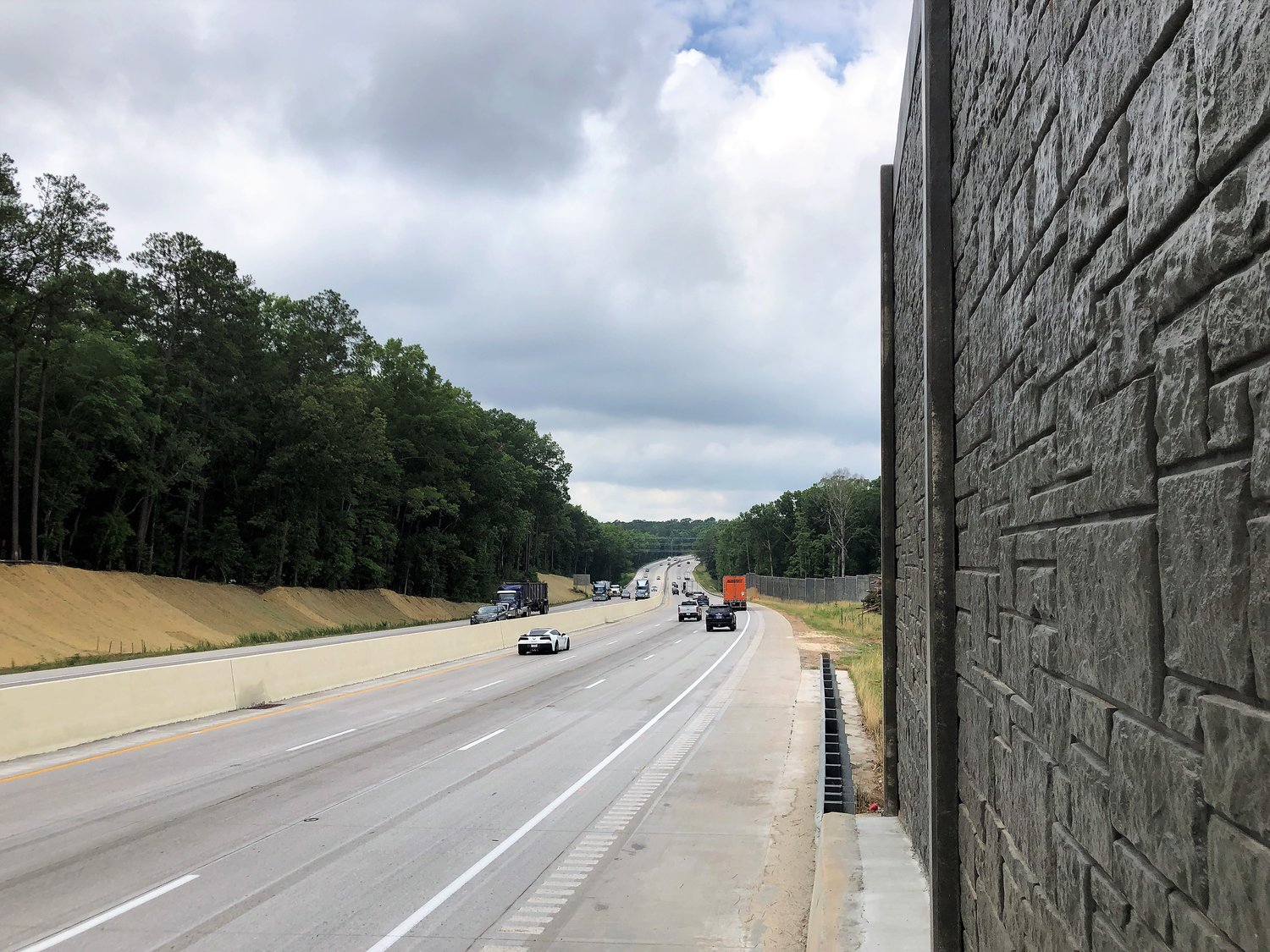 All six lanes of Interstate 20 are open along a stretch in Lexington County that had been under construction since 2016.
Provided
Posted Wednesday, June 29, 2022 3:53 pm
By Jordan Lawrence
jordan@lexingtonchronicle.com

All six lanes of Interstate 20 in Lexington County are open along an 11-mile stretch that was the focus of a widening and improvement project.

“Six new concrete lanes were built including widening each travel direction of I-20 from two to three lanes from marker 60.6 west of US 378 to mile marker 49.8, west of Longs Pond Road,” the state Department of Transportation posted to Twitter. “A new bridge was built over the Norfolk Southern Railroad Line.”

The construction project had been in progress since 2016 and was completed by Zachry Construction, which was given a $99 million contract.

According to the construction company’s website, the project included the construction of median travel lanes and reconstructing existing lanes, placing 180,000 cubic yards of cement concrete pavement; a new bridge over a railroad; a mile-long section of noise wall, 36,100 linear feet of concrete median barrier; along with the removal of more than 325,000 square yards of existing pavement.

“The result is a safer, much improved roadway with two additional lanes to help traffic flow,” the department tweeted. “This project is part of SCDOT’s Strategic 10-Year Plan to improve interstate highways, repave road surfaces, replace and repair aging bridges and improve the safety of rural roads.”

I-20 remains the subject of other construction projects in the counties of Lexington and Richland.

The interchange connecting I-20 and U.S. 1 near the Town of Lexington is undergoing improvements, including the replacement of the overpass.

“The construction is currently on schedule with a completion date of June 2024,” a spokesperson for DOT shared with the Chronicle. “The current traffic configuration along US-1 and the I-20 on/off ramps will remain unchanged during the first stage of construction of the interchange.

“Traffic patterns will change slightly for each stage as new I-20 on/off ramps are constructed. With the completion of each new ramp, traffic will be directed onto the improved ramp configuration, which will reduce overall congestion and left turn movements on US-1. Upon the completion of the new US-1 over I-20 Bridge, traffic will see a final shift from the old US-1 alignment to the new US-1 alignment. The existing US-1 over I-20 Bridge and approaching roadway will be demolished.”

Carolina Crossroads, a $1.7 billion state infrastructure project, is ongoing, centered on the clustered Columbia interchanges of I-20, Interstate 26 and Interstate 126, commonly referred to as “Malfunction Junction.”

According to the project website, it will install a ”new Turbine I-20/26 Interchange replacing existing loops with Directional and Collector- Distributor Ramps to separate exiting traffic from the main interstate” and “relocate the I-26 Bush River Road Interchange to a new Full Access Interchange at Colonial Life Boulevard at I-126.”

June 29 brought shoulder closures to I-20 westbound in this stretch between 7 a.m. and 7 p.m., and July 11 was slated to bring lane closures “associated with construction sign installation along I-20 westbound and eastbound from the I-20/I-26 Interchange to the Broad River.”

The lane closures are anticipated to remain in place from 8 p.m. to 6 a.m. through July 15.