In Lexington County, businesses supporting the LGBTQ community are not as outspoken as they are in Columbia and other parts of the state, but there are businesses and individuals celebrating the pride movement. 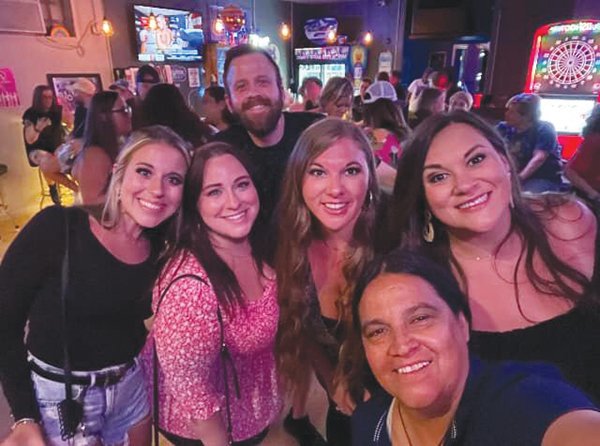 In Lexington County, businesses supporting the LGBTQ community are not as outspoken as they are in Columbia and other parts of the state, but there are businesses and individuals celebrating the pride movement.

June is nationally celebrated as Pride Month and is meant to commemorate the impact LGBTQ individuals have and have had on the communities of which they are part.

The support seems to be unevenly distributed across the county, but West Columbia has businesses offering open support. One business is WE’s, the only pride bar of which the Chronicle is aware of in the county.

Owner Walking Eagle said she wanted a safe space for all when she opened her bar located on Meeting Street.

“The reason I opened up the bar was for community,” she said. “It’s such an amazing safe space for all. ... There’s as many straight as gay people.”

She said that when she grew up, being gay was a secretive thing. It’s more acceptable to be openly gay now, she said, but she also would like the current generation to understand what the older generation went through.

She mentioned her friend Harriet Hancock, who has the Harriet Hancock Center in Columbia, as someone who has paved the way and opened doors for the gay community. The center serves people in Lexington as a safe haven.

“When you walk in our door [at WE’s], we celebrate each other. We celebrate no matter what month it is,” Walking Eagle said.

She knows it’s not always that way in the county. She recalls one instance speaking to some people at her bar who were straight. They had visited another bar where they claim gay people are judged.

“Every day I close the door and people walk out at nighttime,” she said. “When I lock up, I’m so proud of all the people that walk through that door. Everyone gets along and it’s so beautiful. ... It would be nice for businesses to have that sense of safety.”

The Greater Cayce-West Columbia Chamber of Commerce promoted a couple of events on its website for pride month, chamber member Samantha Leitner continues to support the gay community throughout the year. Leitner is a wedding officiant who operates under the name Midlands Wedding Officiant.

This year, she said she has performed at least five gay weddings, with one happening in Georgia. She has another gay wedding coming up in July. Leitner said she’s willing to perform any and all elopements and traditional weddings in Lexington and Richland County and travels across the state as needed.

Photos: National Night Out in Batesburg-Leesville

West Columbia Gallery to Showcase Another Side of Dr. Seuss