Both Teams to Open Game 1 Monday 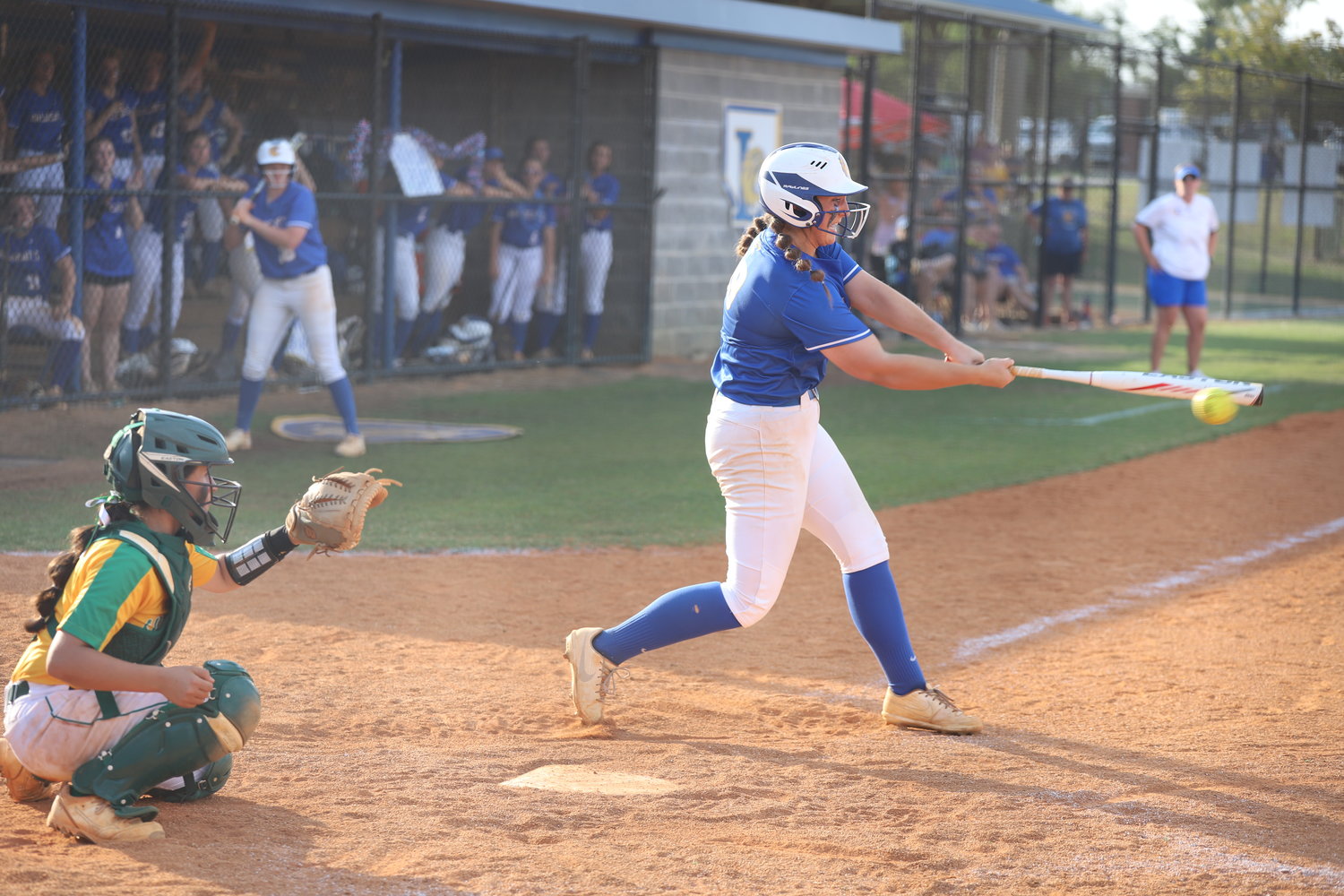 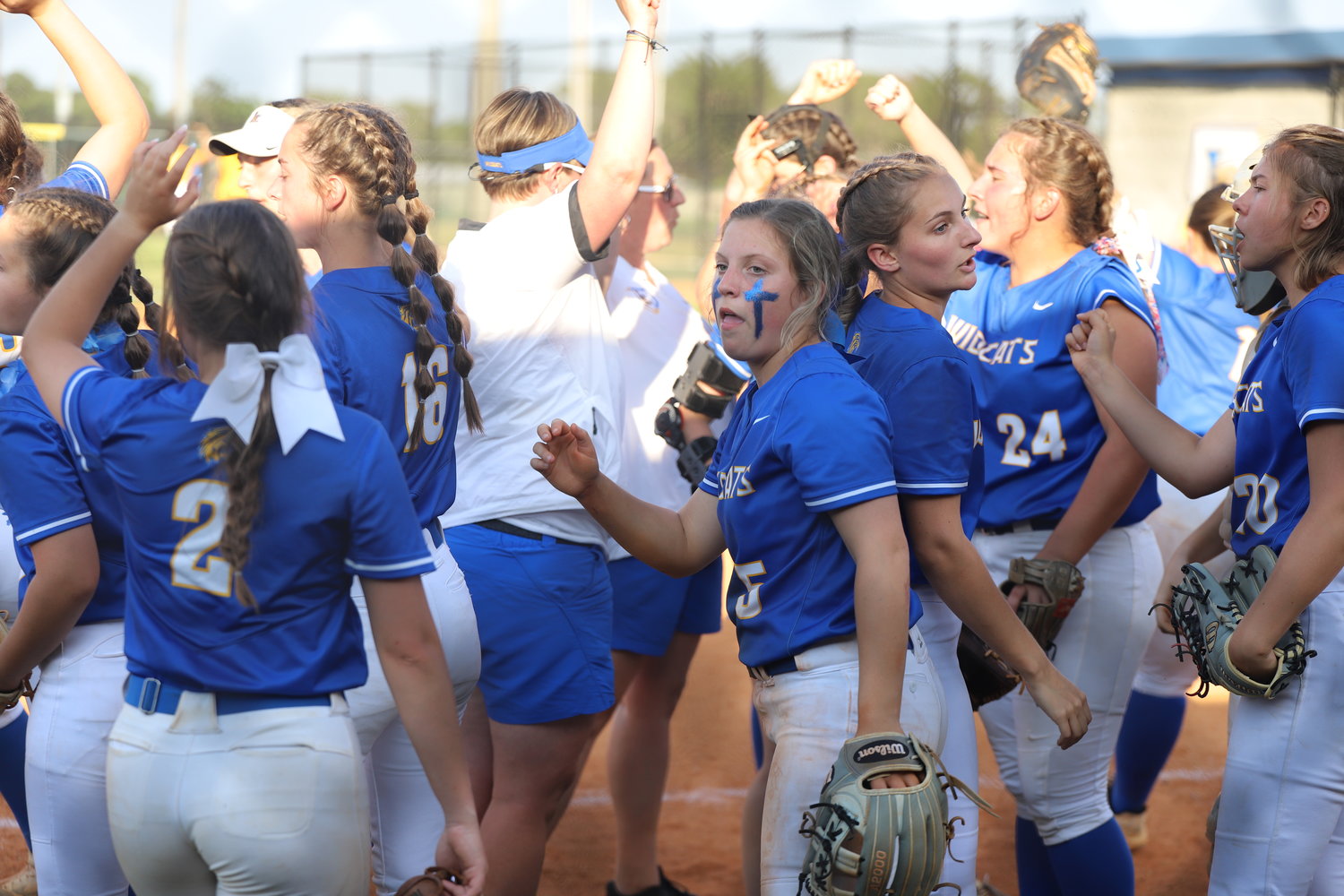 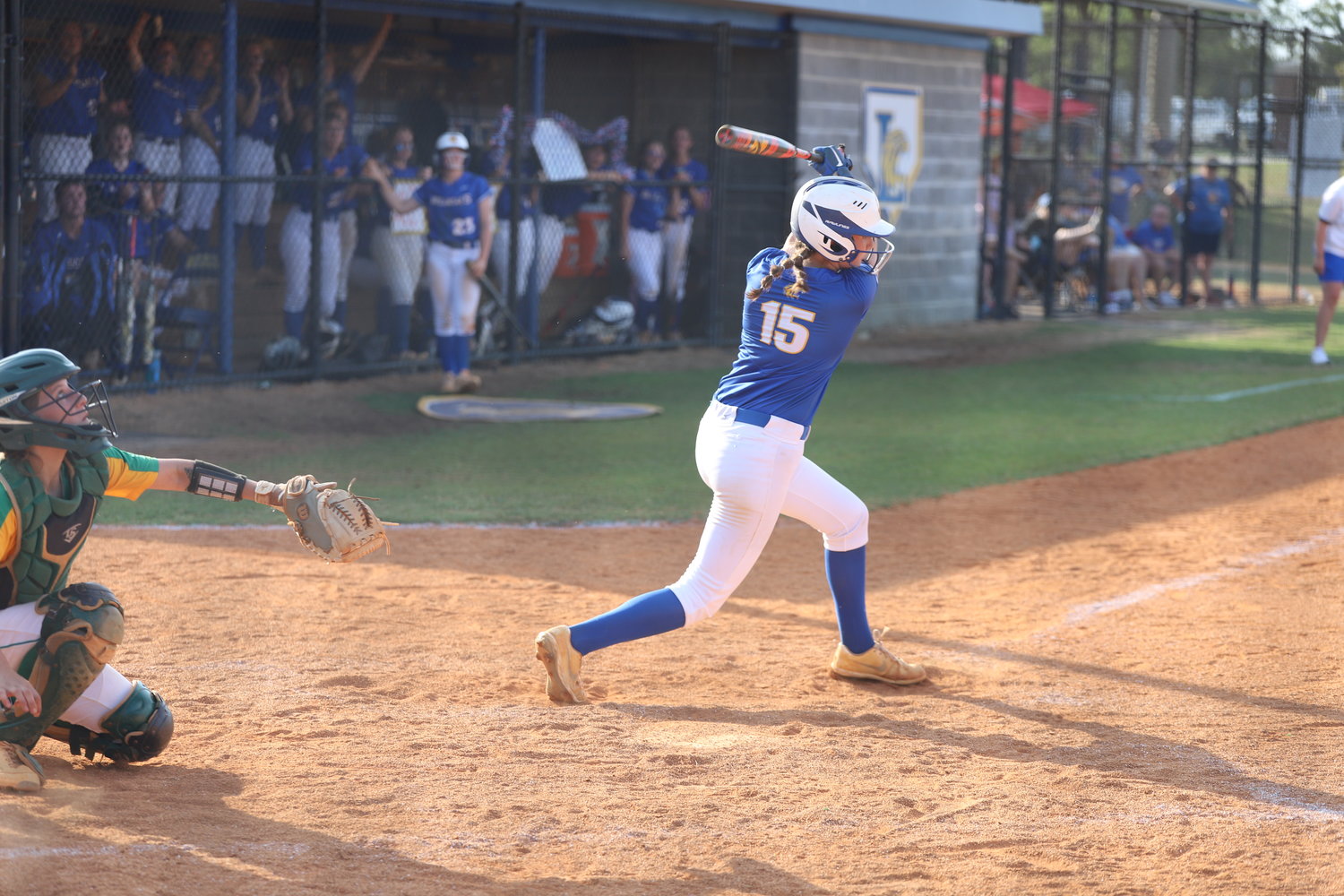 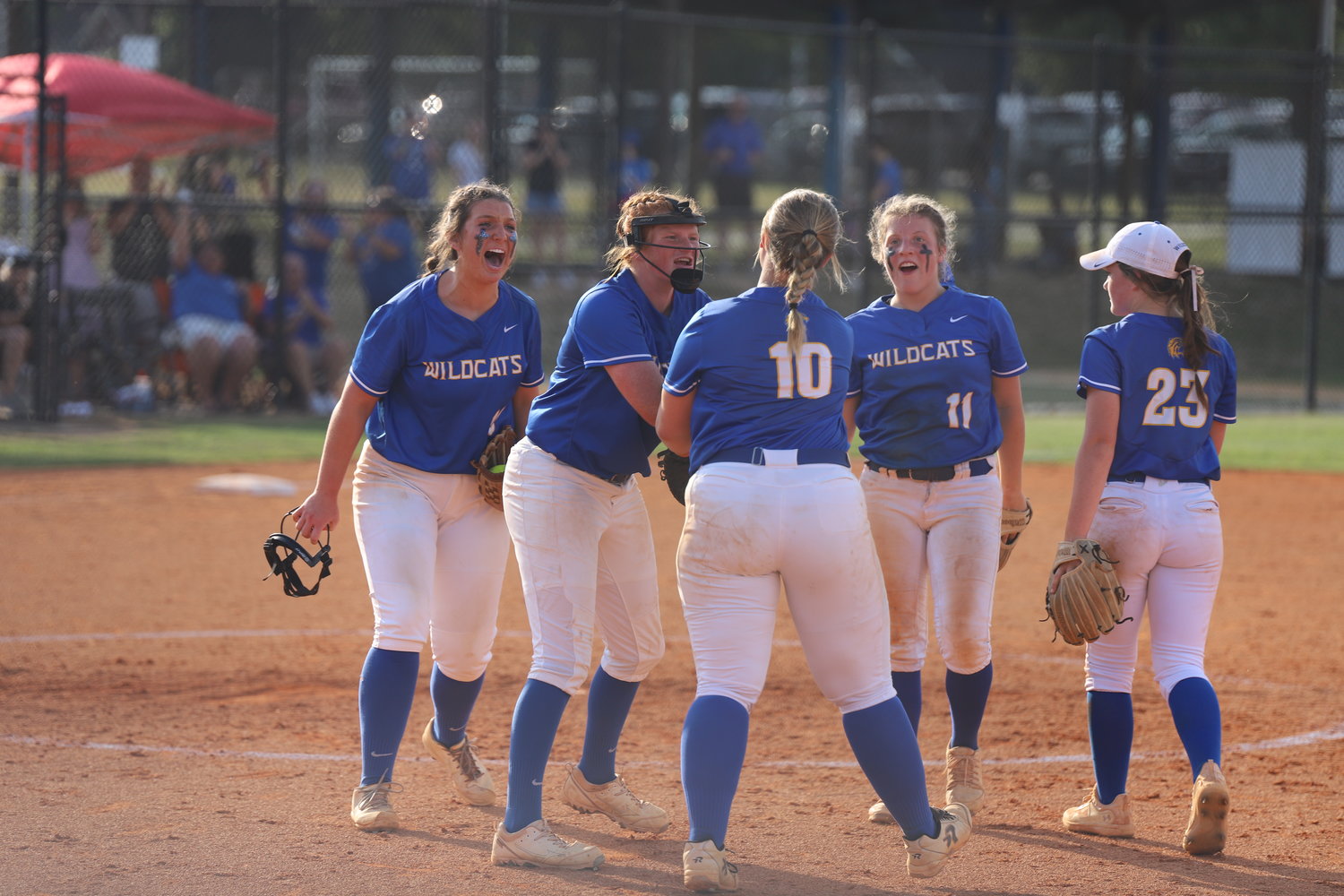 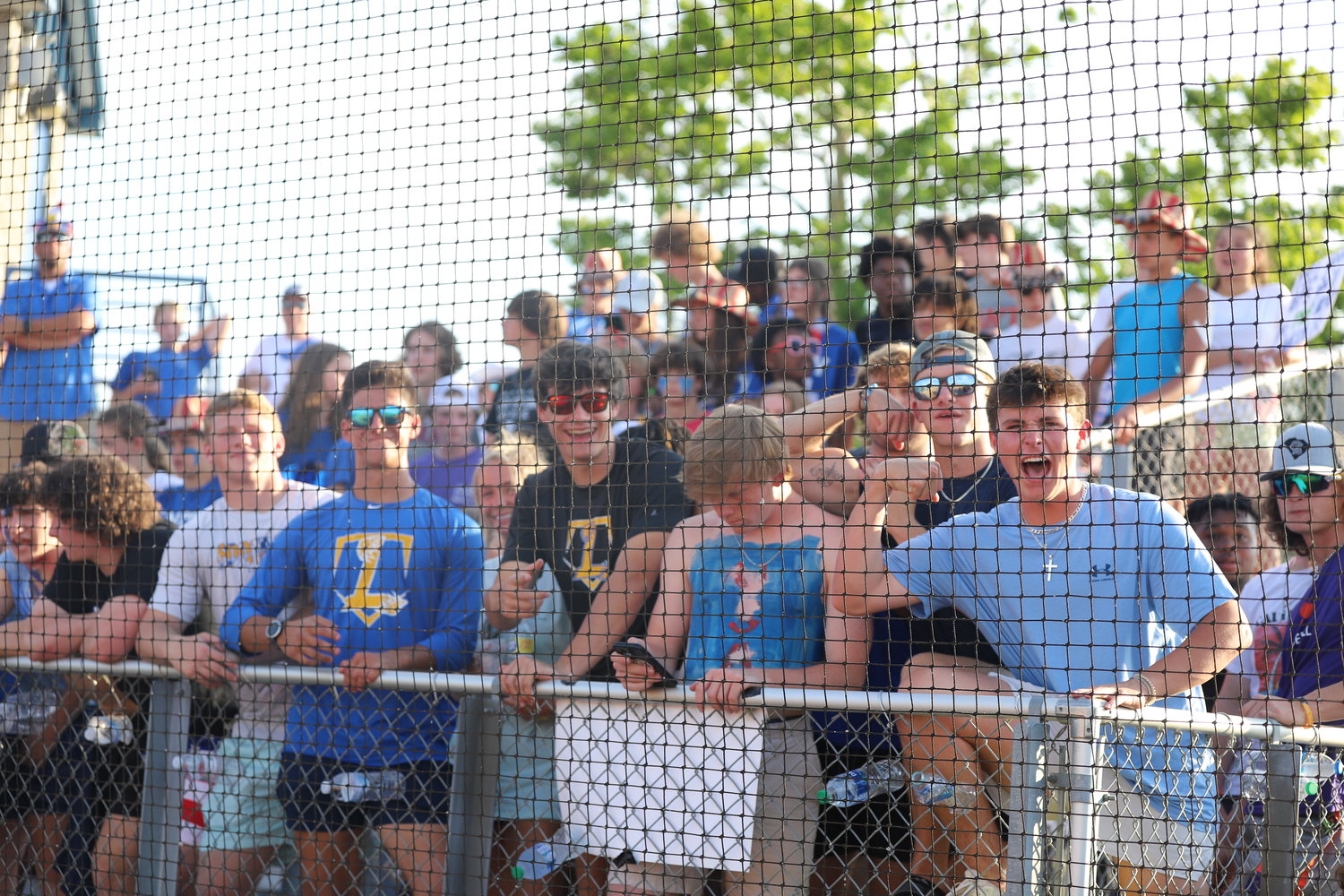 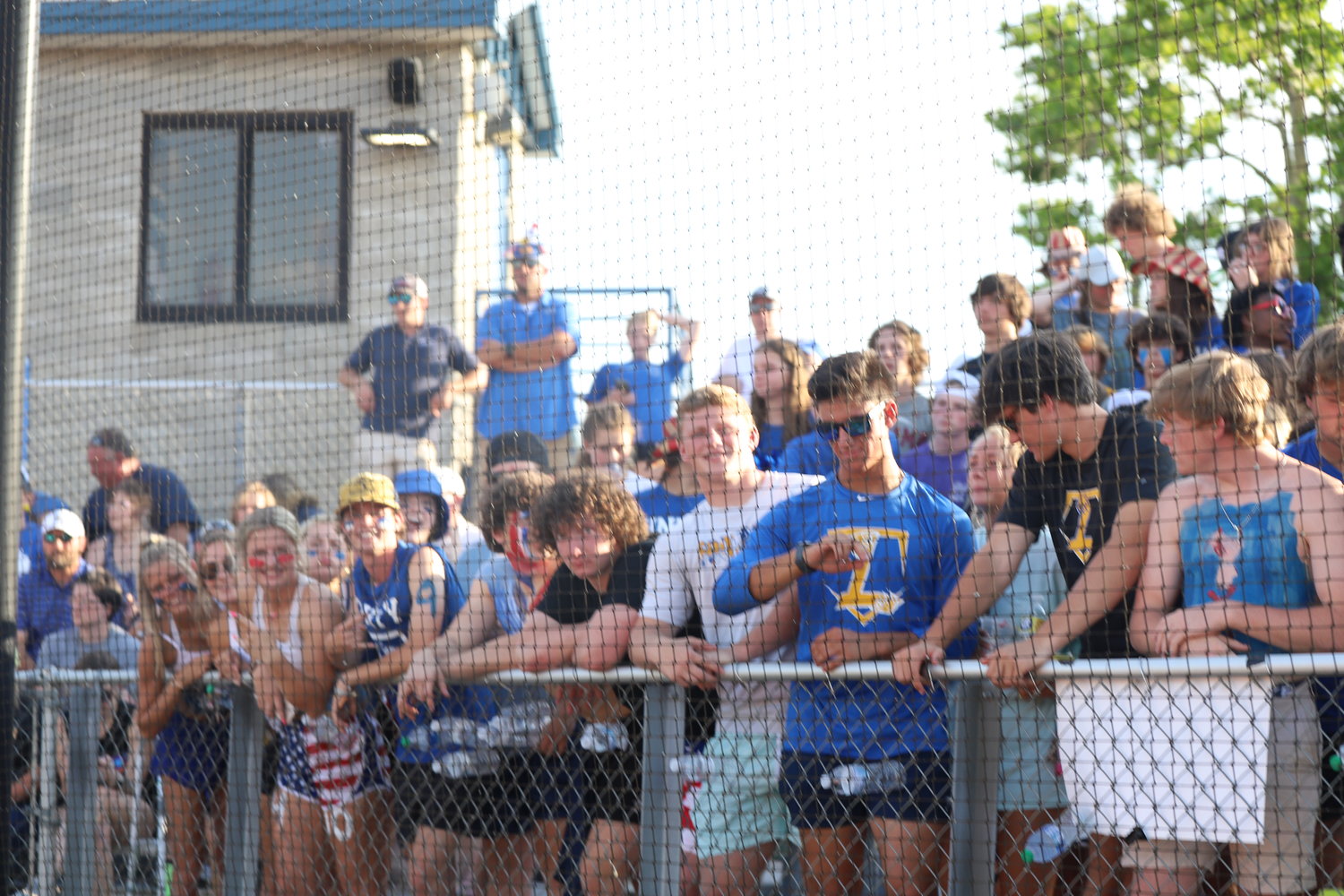 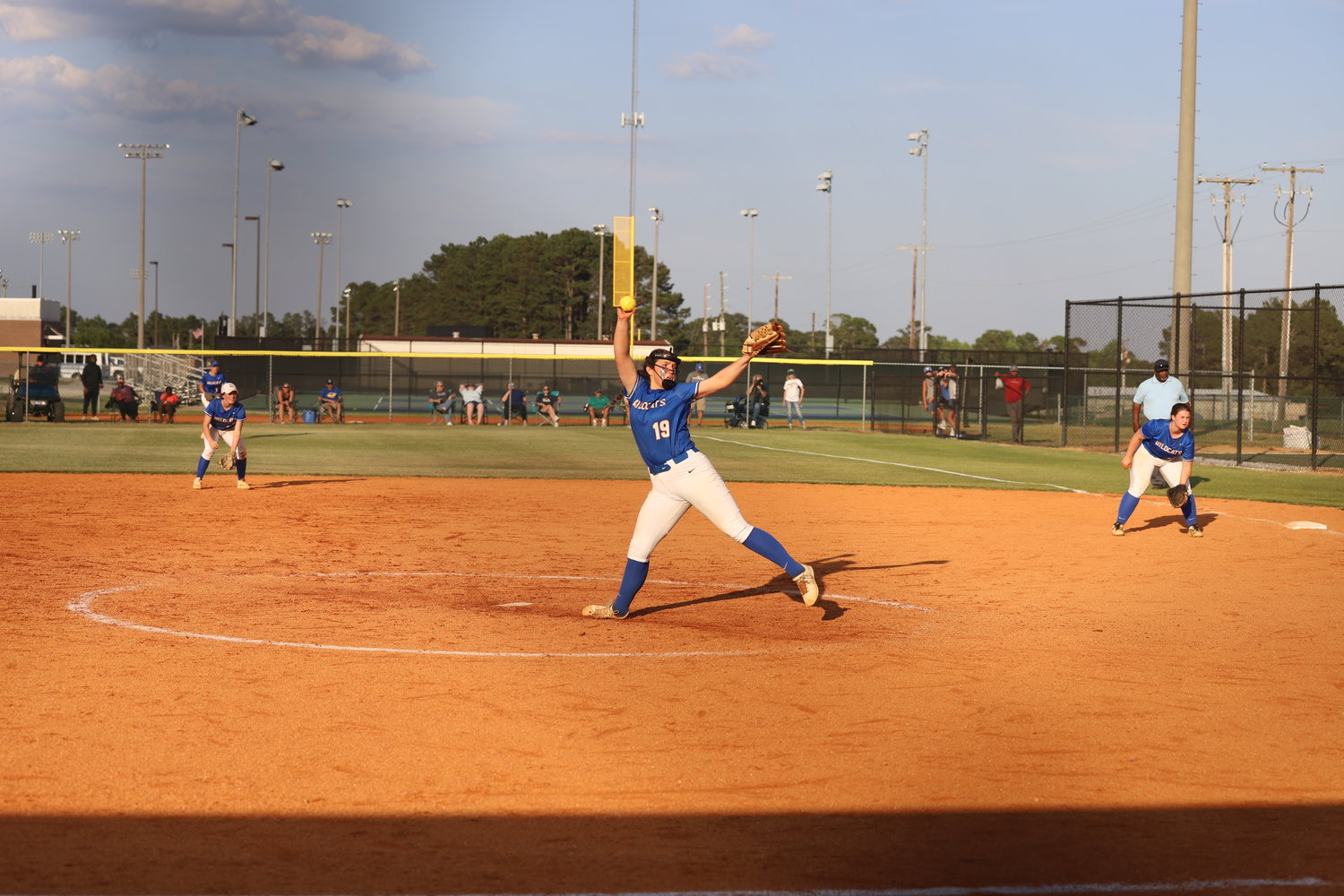 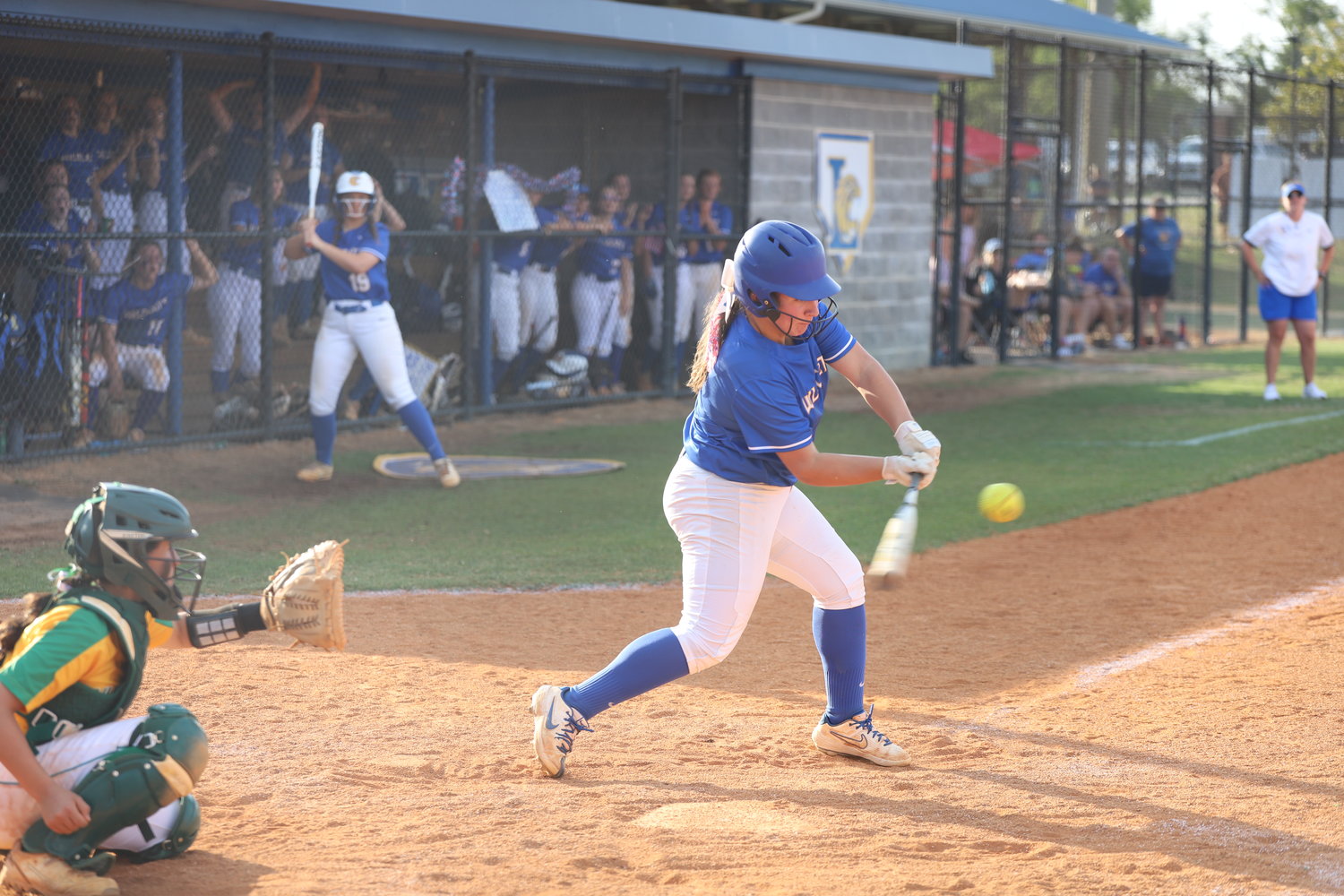 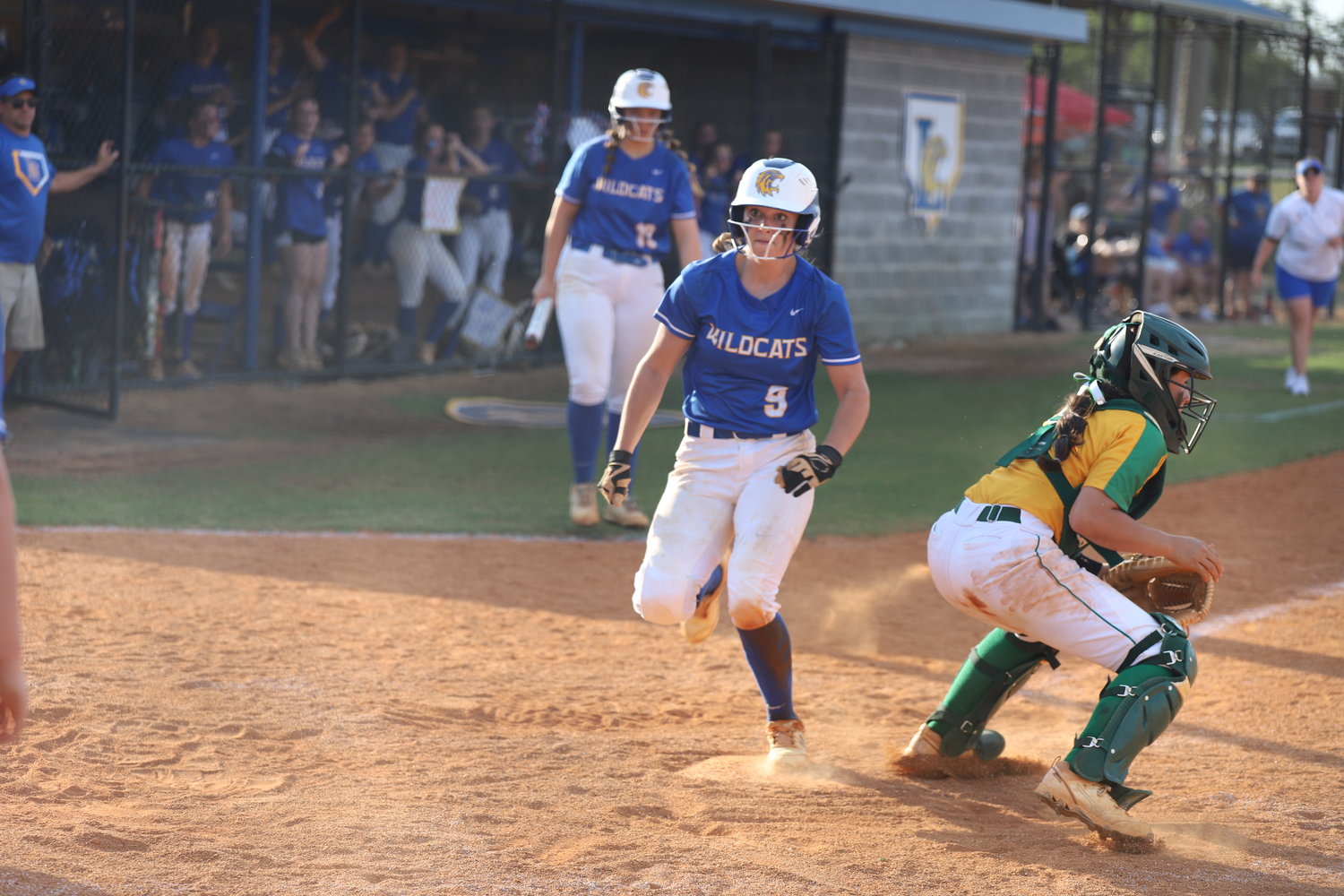 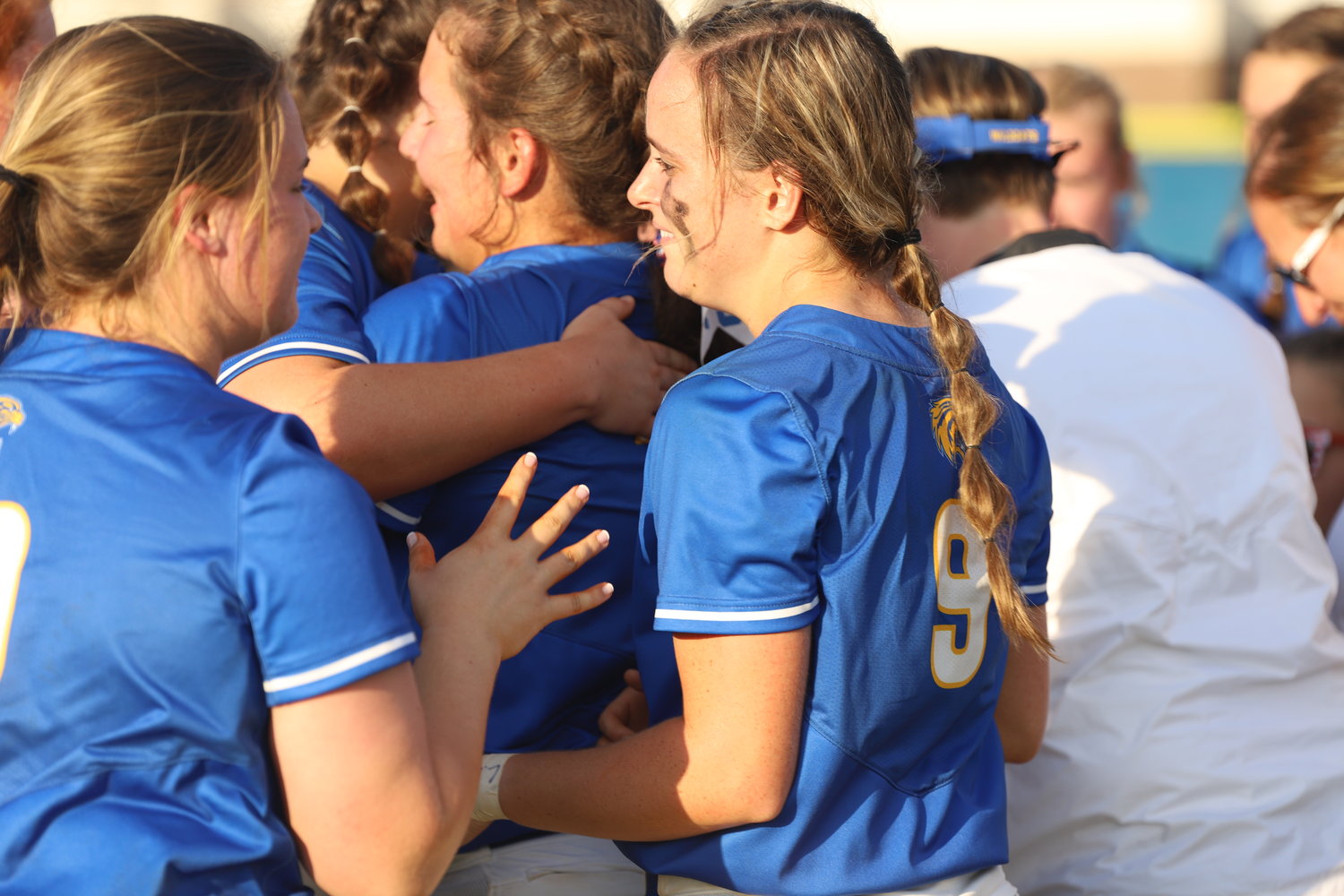 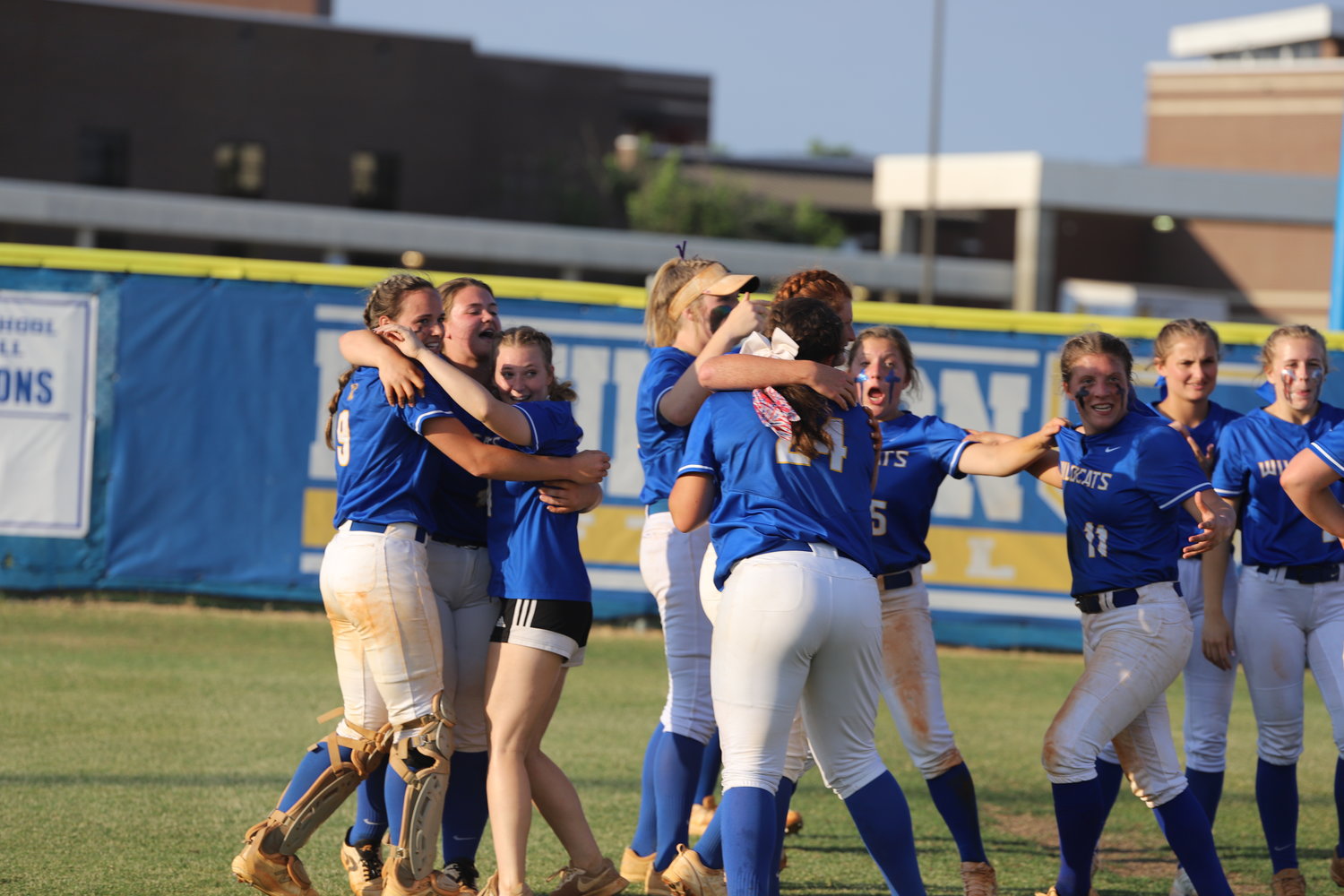 We know we belong here and we're here to take that title we know is ours.”
Lexington senior first baseman Jessica Senn
By Thomas Grant Jr.
thomas@lexingtonchronicle.com

The Lexington and Gray Collegiate softball teams wrapped up their respective semifinals Friday at home. The Lady Wildcats defeated Summerville 12-3 to claim the Class 5A Lower State title, while the Lady War Eagles held off Crescent 11-7 to earn their first-ever Class 2A Upper State title.

Both teams will open  state finals Monday. Lexington will travel to Fort Mill for Game 1, while Gray Collegiate visits Latta at a  time to be announced.

As seniors, they now get to close out their career with another championship opportunity. The Lady Wildcats defeated Summerville to win the Lower State title Friday at home.

"Every night it's somebody different that steps up for us and tonight, a lot of girls stepped up for us," Lexington head coach Laurie Epps said. "They wanted this game. They know what it feels like, these seniors, to play for a state championship and their goal was to make it back and these seniors led the way all season and then everybody got on board with them and we're putting the ball in play and good things happen."

Both Ford and fellow starting pitcher Mackenzie Mathis, who also threw her first complete game since returning from a wrist injury, drove in four runs for Lexington. Gordon had two hits and two runs scored and Senn had one of the Lady Wildcats' three home runs after getting walked two more times by the Lady Green Wave.

While Mathis retired the Lady Green Wave in order to open the game, her counterpart Logan Goodwin lasted only two batters. She was replaced by Hope Chase after issuing back to back walks to Sam Craig and Gordon.
After Senn was walked for a fifth time in the two playoff games against Summerville, Craig scored off the wild pitch thrown for ball four to put Lexington on the board. Mathis brought home Gordon on an RBI fielder's choice.

In the bottom of the third, Senn got a rare chance to swing against Summerville. She did not waste the opportunity with a solo home run over the centerfield wall to make it 3-0.

"Intentionally walked six times, you just have to take the compliment and it's a respect thing," Senn said. "But, I knew if they were going to pitch to me, I'd had to be ready to hit it and she gave me a pitch hiking pitch so I hit it as hard as I could and I got the result I wanted."

The Lady Green Wave rallied to tie the game in the top of the fourth inning. Ansley Bennett hit a leadoff double, moved to third on a fielder's choice and scored off Melanie Edwards' two-run homer which bounced off the top of the centerfield wall.

Shelbie Mazell followed with a double, moved to second on Abby Driscoll's single and scored off Bryn Greenwood's sacrifice fly.

Memories of past close playoff meetings with Summerville flooded Ford's mind. At the same time, she was confident she and her teammates would answer the rally.

"When it got tight again, I was like 'I don't want to go through this again," she said. "I want to cream them. I want to get as many runs on the board as we can."

Ford and her teammates went about doing so as it reclaimed the lead in the bottom half of the inning. Maggie Linz hit a one-out bloop single that landed just inside the leftfield line.

With two outs, Gordon singled and Senn was intentionally walked for the sixth time. With the bases load, Ford grounded a two-run single over the second base bag to make it 5-3.

Mathis then provided the Lady Wildcats (26-2) more cushion as she took Chase's first pitch over the centerfield fence for a three-run home run.

It was pinch hitter Peyton Baker's turn to don the "Cowgirl" hit at homeplate. With pinch-hitter Gracie Scott on second after a double, Baker belted a two-run homer to extend the lead to 10-3.

Edwards replaced Chase on the mound. After Maggie Linz and Gordon walked, Ford brought both runners home with a two-run groundball single.

Mathis then retired six of the final seven batters faced to set off the celebration.

Lexington learned about an hour later that their quest for the school's third state title begins Monday in Fort Mill.

Game two will take place Wednesday in Lexington. If necessary, game three will be held at a neutral site.

"I would love to send these seniors out with another state championship," Epps said. "We're going to do we do, focus one pitch at a time and, hopefully, it will go our way."

"We belong here," Senn said. "All season, we've made a statement that 'We are Lexington. We are here to play.' So we know we belong here and we're here to take that title we know is ours."

The state finals will have a strong Gray Collegiate presence.

Crescent took a 1-0 lead in the top of the first. Gray Collegiate answered with two runs in the bottom half of the inning.

After the Lady Tigers tied the game, the Lady War Eagles took a 3-2 lead  with an RBI single by Brooke Tranum.

Crescent took the lead a third time in the top of the fourth at 4-3, only for Kaley Anderson's 2-run single to make it 5-4. A sacrifice fly by Gray Collegiate extended their lead to 6-4 and Tranum blasted a two-run homer in the bottom of the fifth to make it 8-4.

Crescent did not go quietly, scoring three runs in the top of the sixth inning to get within 8-7. Brooklinn Thomas answered for Gray Collegiate with a three-run homer to put the game away.

Sheilds Greene had three hits and Taylor Corley picked up the win on the mound for Gray Collegiate (23-4). The Lady War Eagles will face Latta, which needed a deciding game against Buford after losing Game One 6-3 to claim the Lower State title after a 9-7 win in nine innings of Game Two.

"We've had some good teams here and we've had some not quite as good as this one," Gray Collegiate head coach Doug Frye said. "You've got to be lucky. That's a very good team over there. They fought. We fought. These girls have  worked hard since August. Lifting weights, running and putting the effort in. They deserve what they get.  They really put the time in."