With assistance from other agencies, the Lexington County Sheriff’s Department recovered a detainee who escaped from the back of an ambulance after deputies picked him up earlier on Wednesday.The … 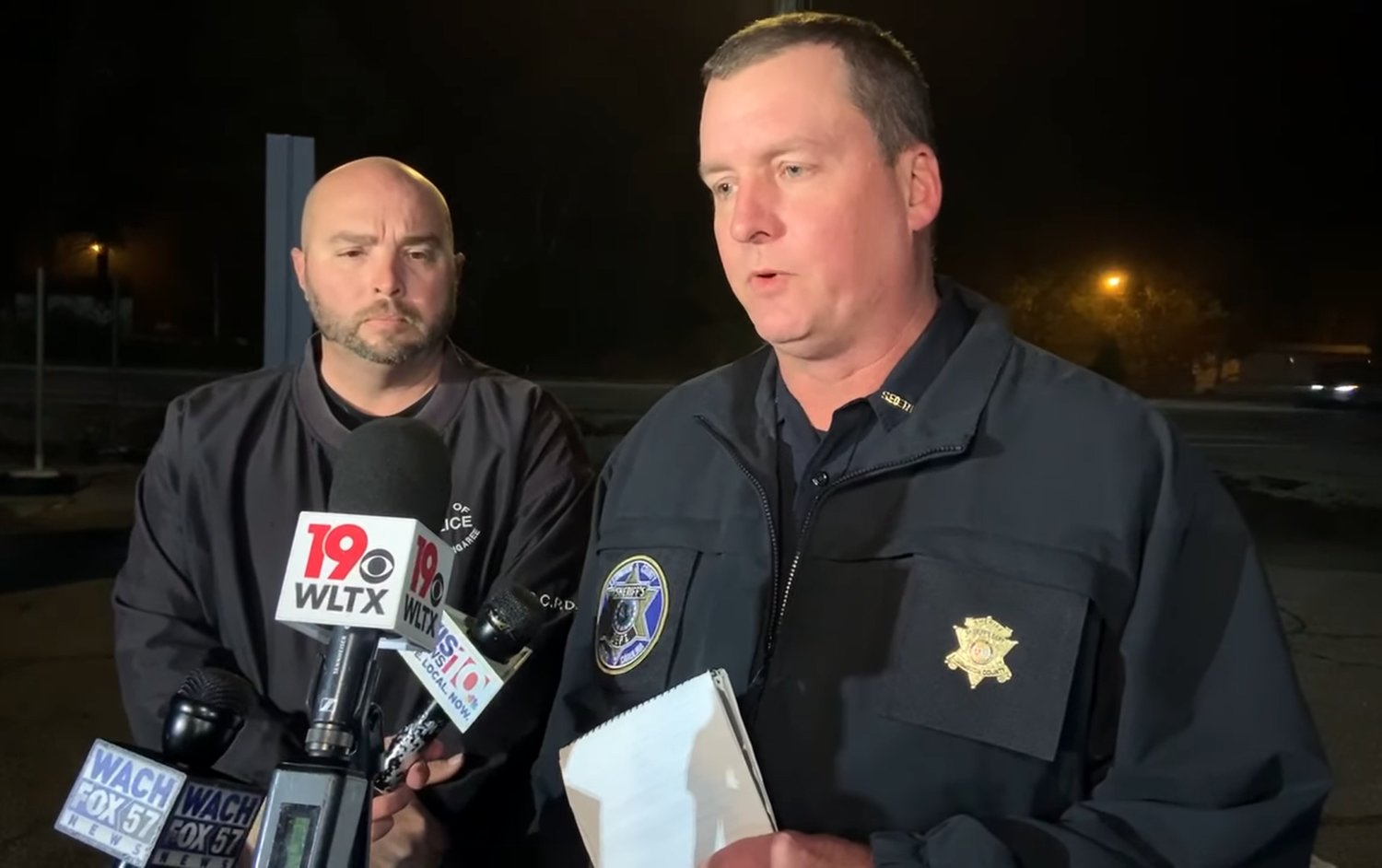 With assistance from other agencies, the Lexington County Sheriff’s Department recovered a detainee who escaped from the back of an ambulance after deputies picked him up earlier on Wednesday.

The search for Daniel HIll III, 30, lasted from the early afternoon into the evening, with the department posting to Facebook at 9:58 p.m. that he was back in custody.

Addressing the media after Hill was found and detained, Lexington County Sheriff Jay Koon said the incident started a little before lunch when one of his detectives went to a house on Weaver Drive in the Red Bank area to follow up on a previous instance of Hill pointing and presenting a firearm. A fight subsequently ensued between Hill and two deputies, during which Hill was hit with a taser.

“As a result of all that there was a medical event he had, we called EMS. Transported him to the hospital, EMS did, with us following,” Koon said. “Somewhere on the 3300 block of Sunset Boulevard near Leaphart [Road] on 378, he was able to come out of the restraints inside an EMS vehicle. After coming to a stop he was able to get out. Our deputy gave chase there on that scene. Another taser deployment happened, he ran off into the woods.”

Hill came upon an unlocked truck with a gun inside, which allowed him to get out of the established search perimeter. Koon spotlighted this as a reminder for citizens to be vigilant about securing vehicles and weapons.

“We probably had him hemmed up about 2 p.m. today and this thing would have been over,” the sheriff said, “but he came across a vehicle that was unlocked with the keys in it that had a gun in it and he was able to access all that and leave the area which cost us about eight hours and put a lot of people in harm's way.”

After Hill abandoned the truck and was picked up by an unknown person in an SUV, deputies, including SWAT personnel, were able to track him to a house off Lawrence Road back in the Red Bank area.

“After some tactical operations, negotiations and some tactical maneuvers, we were able to peacefully place him under arrest,” Koon said.

Two deputies sustained minor injuries early on in the day, the sheriff reported. They’re recuperating and are going to be fine, he said.

Hill was taken to the hospital after being recaptured. He was booked into the Lexington County Detention Center on Friday, per a tweet from the Sheriff's Department, with a magistrate judge setting his bond at $1,006,000.

“An officer of my agency encountered him a few months ago trying to steal from a lady's house and ensued a chase and lost that individual,” said South Congaree Chief of Police Josh Shumpert. “He left a vehicle behind with his information. We were able to positively ID him.”

The chief said that South Congaree had warrants out for Hill on charges such as possession and intent to distribute powder cocaine, failure to stop for blue lights (second offense), driving with a suspension and some other traffic-related offenses.

Per a tweet from the Sheriff's Department, the charges against HIll from their end are pointing and presenting a firearm unlawful possession of a handgun, distribution of meth, assaulting a police officer, unlawful taking of a weapon from a police officer, grand larceny and two counts of escape.

Asked what his department would do to keep incidents like this from happening in the future, Koon said they will do what they can.

“We have no control over if it will happen again,” he said. “As far as him getting out of the ambulance, we'll look at anything we can do with EMS to prevent those kinds of things. But as far as somebody running from the police and hiding, I mean, that's just the nature of business. But certainly we'll look ... to see if there's anything that we can change to improve things.”

The sheriff thanked the community for their help in bringing the situation to a peaceful resolution.

“They were wonderful with giving us some tips and locations and areas to focus on,” Koon said, adding that finding Hill resulted from “a combination of community tips [and] some just good old fashioned police work of knowing some people that may be connected to him.”