“When alleged killer Dylann Roof stepped into Shooter’s Choice, he walked around the store in West Columbia before heading to a case featuring a popular pistol: a Glock … 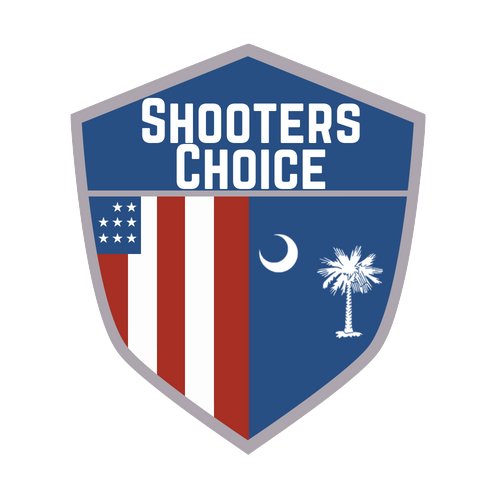 “When alleged killer Dylann Roof stepped into Shooter’s Choice, he walked around the store in West Columbia before heading to a case featuring a popular pistol: a Glock semiautomatic.
“Days after he turned 21 – the legal age to buy a handgun in South Carolina – Roof’s appearance at the shop and subsequent purchase of a Glock .45 Gen4 pistol was captured on several store surveillance videos that were played to a federal jury Monday.” — The State (Dec. 16, 2016)

That’s how Columbia’s daily newspaper described Dylann Roof’s purchase of the gun with which he would go on to kill nine Black worshipers at Charleston’s Mother Emanuel AME Church on June 17, 2015. The story draws from testimony at Roof’s federal trial for 33 charges, including 12 counts of committing a hate crime against Black victims.

The report also notes that then-FBI Director James Comey had already apologized for his agency’s failure to block Roof’s purchase of the weapon.

“During a three-day waiting period for a background check, the FBI missed Roof’s arrest for possession of an opioid-like drug, he has said.”

Comey issued that statement in July 2015.

It’s important to remember these details as Shooter’s Choice’s name has been seen in a lot of news stories since Oct. 28, when the Department of Justice announced it would pay settlements totaling $88 million to 14 plaintiffs for the FBI’s negligence in not preventing Roof from purchasing the pistol.

Guns are a hot button for many. And the Emanuel Nine killings are a scar that will never fully heal for the state of South Carolina. But it’s important to remember, as our tempers and passions flare, that Shooter’s Choice isn’t to blame for selling a weapon to Roof.

The store respected the required three-day waiting period and only sold Roof the gun after he was cleared to have it. It’s the FBI that should have connected the dots between the attempted purchase and Roof’s previous drug arrest — which, by law, should have kept him from acquiring the weapon.

Roof lied on his paperwork and didn’t mention the arrest, but it was up to the FBI — not Shooter’s Choice — to suss out the truth.

It’s healthy to keep debating the way we treat guns in this country and this state. But it’s not healthy or constructive to place blame on a business that played by the rules.

It’s safe to assume that this won’t be the last rash of headlines relating to Roof’s heinous act. And it’s safe to further assume that when that next spate of articles arrives, many outlets will accurately recount that the gun was purchased at Shooter’s Choice.

So make a point to remember — no matter your feelings on guns or the feelings stirred by remembering the Mother Emanuel tragedy — that blame has already been assigned here. In 2015 and 2021. And Shooter’s Choice shares no part of it.