Add another archery title to the Lexington School District One trophy case. 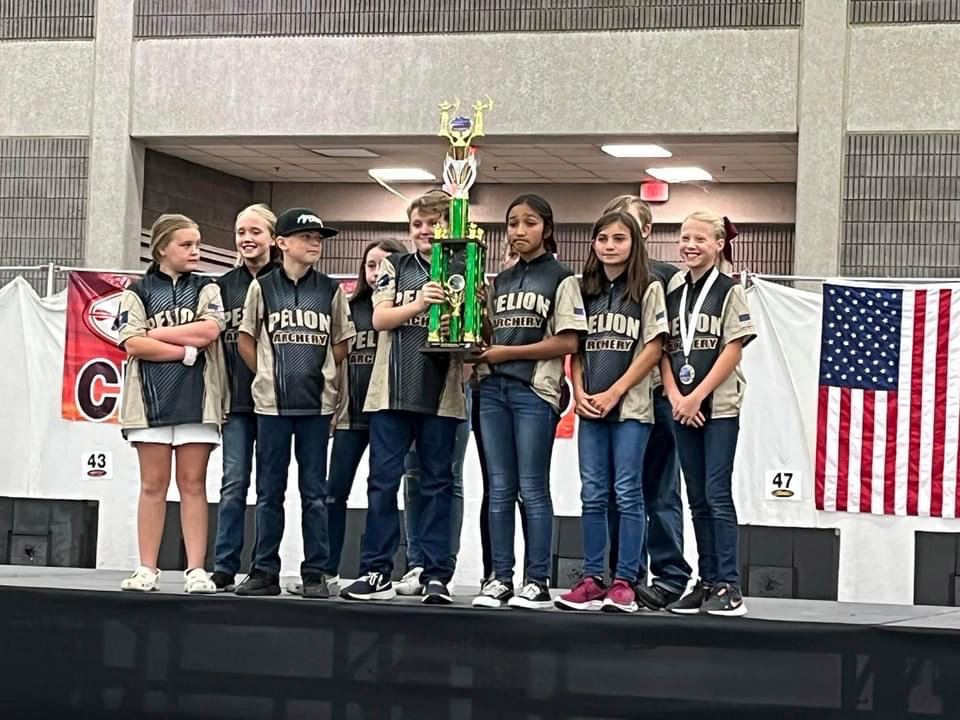 Members of the Pelion Elementary School archery team hold up the championship trophy. 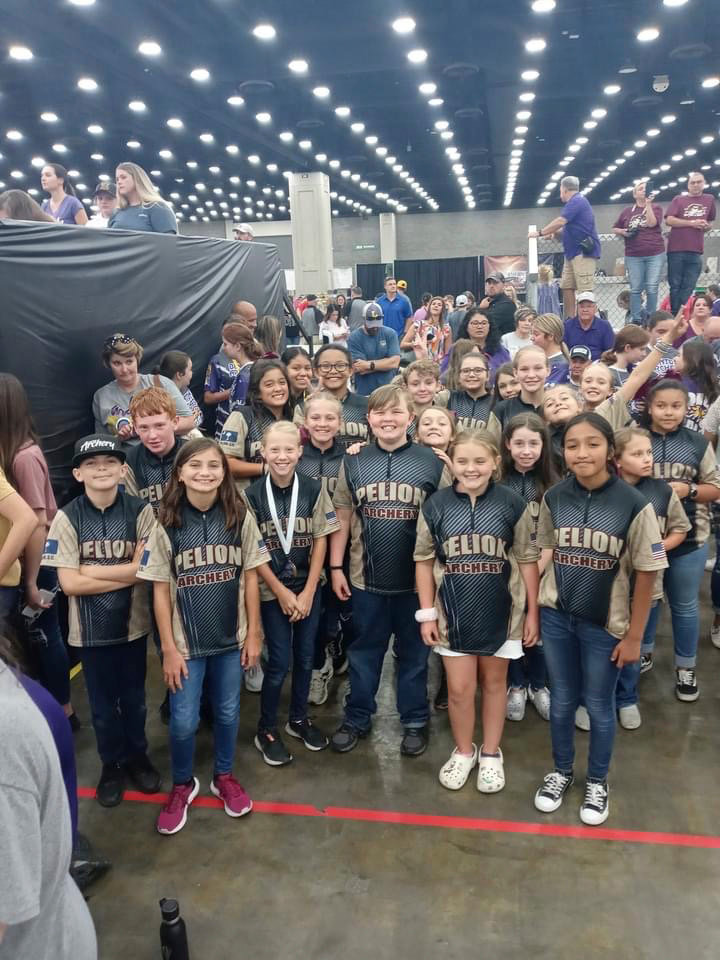 "We want to take home as many medals as possible and the kids rose to it."”
Pelion Elementary School head coach Colby Coulter
By Thomas Grant Jr.
thomas@lexingtonchronicle.com

Add another archery title to the Lexington School District One trophy case.

The Pelion Elementary School archery team won both the bullsey and 3D national titles at the annual NASP Open Championship. It was held in Louisville, Ky. June 23–25.

The PES team consisted of 23 students and coaches Colby Coulter, Cassie Boatwright and Nicole Shumpert. They earned a spot in May after finishing sixth in the bullseye and 11th in the 3D competition at the eastern division qualifying tournament also in Kentucky.

They returned for the national championship to compete against 24-total eastern and western division qualifying teams.

In addition, third grader Paisley Hinkle placed third in the 3D competition and Ruby Salcedo was fourth. Both were state championship winners back in April.

"These kids have been absolutely incredible," said head coach Colby Coulter. "It's really weird to try and explain to kids like, right now, you're competing against your teammates because the teammate you have right next to you, they're best in the state right now. So you're job is to catch up."

"It switched throughout the year. We had five different girls win a tournament this year. We had a boy that won four different tournaments this year. But, all and all, we never had less than 5-6 kids at a podium at a time. So, with the state championship, that's the same goal. Even though it is a higher level of competition, the expectations is still the same. We want to take home as many medals as possible and the kids rose to it."