The Harbison mall shooting is one of nine mass shootings in the state this year, according to data from the Gun Violence Archive. 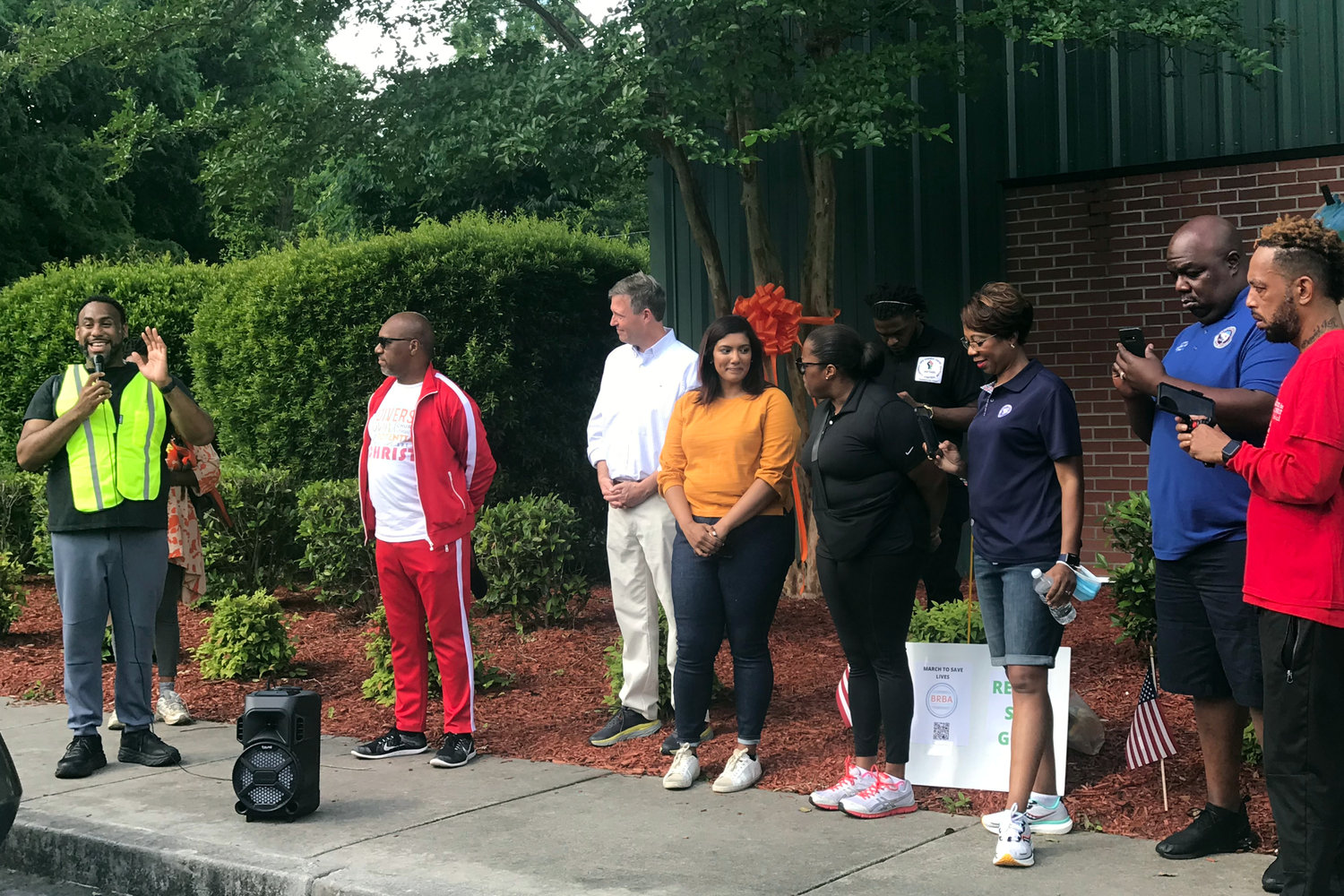 Members of the community focused on unity while marching to protest gun violence in the Midlands on May 11.

The recent Columbiana Centre mall shooting on Easter weekend prompted residents, including the Broad River Business Alliance, to attempt to take positive action to help their community become more aware of the gun violence and the issues that stem from it.

The Harbison mall shooting is one of nine mass shootings in the state this year, according to data from the Gun Violence Archive,  an independent data collection and research group with no affiliation to any advocacy organizations.

Many in the area have taken to social media to either speak in support of or opposition to or harsher gun laws, while others have commented on Columbiana Centre’s policy against concealable weapons.

People and organizations, such as the BRBA, are attempting to step up and speak out. At the May 14 march, community residents and elected officials came together to walk four miles down Broad River Road.

“What will it take if your children dying in the streets doesn’t wake you up? This is what matters; the community has to take accountability. We want to make sure the community we live in is what we want.”

When it comes to gun violence issues around the area whether it’s Harbison or the Broad River area, Juarez believes it’s “enveloped around the poverty in our community … the have-nots have been pushed.”

Catherine Fleming Bruce was a sponsor for the march and also participated in it. Bruce, who is running as a Democrat hoping to unseat Sen. Tim Scott, believes gun violence is a part of a public health issue. She noted that South Carolina is among the Top 10 states for domestic violence.

Bruce said there needs to be more background checks, more investment in the community, and access to weapons needs to be addressed.

The community members who marched are definitely in agreement that change needs to happen. One community member, Randy Screen, stated that prayer is needed. Screen came with his teenage son and one of his son’s friends to the march because he has seen firsthand the problem with gun violence.

His wife lost a few family members to gun violence outside the Midlands.

“I’ve seen some rough areas and there are things that bring a stigma. The poverty level [around Broad River] is big. With trying to survive comes foolishness,” Screen stated

Many elected officials agree gun violence is an issue and some believe lack of enforcement may be an issue.

State Rep. Chris Wooten, who represents District 69 in Lexington County, stated, “No new law or legislation is going to fix the gun violence we are seeing in regards to stiffer regulations. However, if we were able to enforce the penalties that are currently on the books and hold people breaking the law accountable, it would go a long way.”

Wooten noted that the violence seen is oftentimes done by people possessing firearms illegally, and a new law can’t fix that.

A better community seems to be agreed upon by people and elected officials.

“I think our biggest problem is not gun violence but our court system,” she said. “We have bond issues where people are released on low bond without full review of their past history. We have jails full of status offenders but we are releasing violent criminals back on the streets to reoffend.”