Lou Kennedy said that when her mother died in 2021, she reached out to Lexington-Richland School District 5 to see how they could honor her. 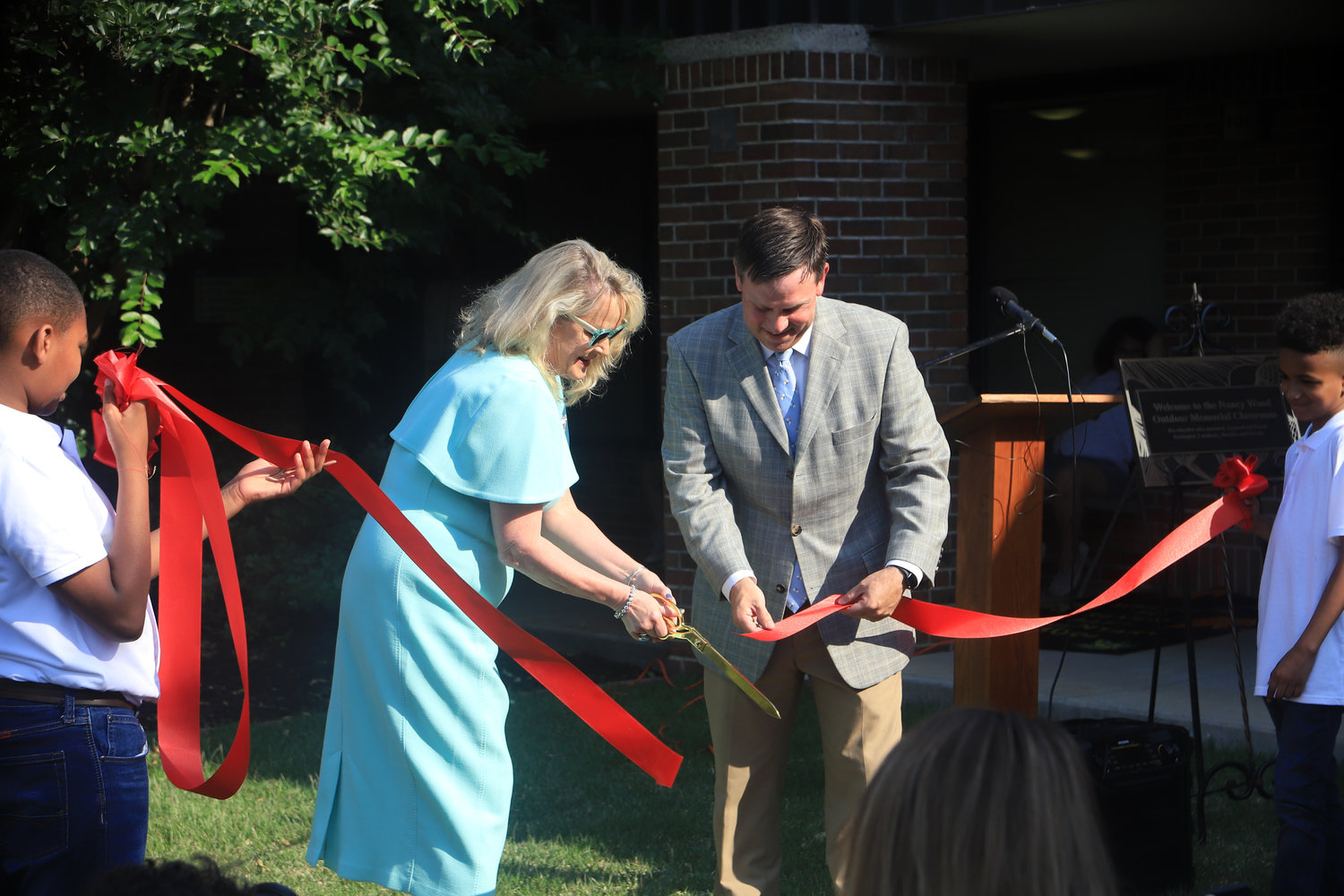 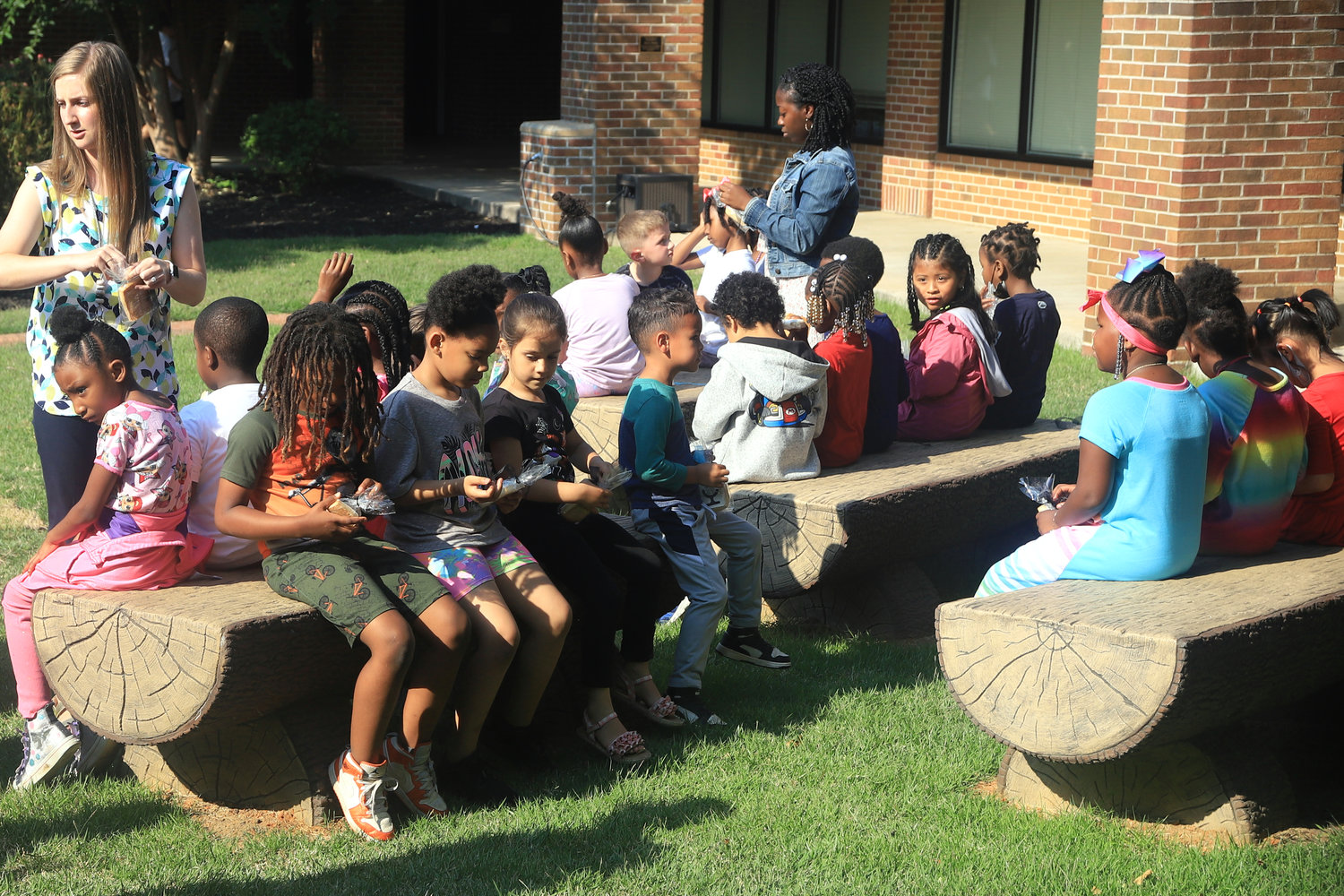 Nancy Wood wasn’t “mom” to Lou Kennedy when the Nephron Pharmaceuticals CEO was a student at Columbia’s Seven Oaks Elementary. She was “Mrs. Wood.”

Kennedy’s mother, who taught at the school for more than 30 years, insisted her daughter refer to her the same as the other students she instructed.

It was one of the memories Kennedy reflected on as she attended a ceremony to dedicate the Nancy Thomas Wood Outdoor Memorial Classroom, which Kennedy donated funds to create in the courtyard at the Lexington County school.

After the ceremony and ribbon cutting, which included Principal Christan English gifting Kennedy a copy of “The Giving Tree” and a student choir singing in appreciation, kids gathered happily on the classroom’s log-shaped benches to eat.

“Mrs. Kennedy, your mother, you, your friends and your family pretty much embody what I think of ‘The Giving Tree,’” English said, referring to the Shel Silverstein children’s book about a tree that gives of itself until it is nothing but a stump.

“Your contributions to not only Seven Oaks but to Columbia and South Carolina perfectly encapsulate this,” the principal said.

The students’ camaraderie after the ceremony likely stirred memories for Kennedy and Sam Konduros, CEO for Southeast Life Sciences and the founder/president of SK Strategies, who was the master of ceremonies for the event.

The lifelong friends met at age six while attending the school, Konduros recalled in his opening remarks.

The two looked back on the hijinks of their youth.

After the ceremony, Konduros remembered pulling a tooth and losing it in his nose during Mrs. Wood’s class, and how unflapped she was by his predicament

“She just kind of calmly said, ‘Class, please stay put,’ and dragged me to the nurse,” he said. “She was cool. I was scared.”

Kennedy reflected on how she was conversational from a young age.

“I spent a lot of time in the corner, as soon as you walk in room 106, with my hands in the air for talking too much. That was my corner,” she recalled in her speech. “And my mom would walk through and see me and go, ‘Oh my gosh, she's talking too much.’ So none of that has changed.”

Kennedy said that when her mother died in 2021, she reached out to Lexington-Richland School District 5 to see how they could honor her, eventually linking up with English who told her the school had been looking at an outdoor classroom.

“I'm thankful that the students get an outdoor space to learn,” she said. “I thought, ‘How perfect. My maiden name is Wood, [the benches look] like wood.”

Nephron, the West Columbia-based company Kennedy leads, is no stranger to supporting educators. Since 2019, it has continued a program to hire teachers and administrators to provide auxiliary support to company operations — and to supplement their income. Konduros highlighted the program in his remarks.

After the ceremony, Kennedy said supporting elementary education is key to shaping the individuals who will grow up to lead businesses and government at the state level.

“These are our employees, our workforce, our future leaders,” she said. “And it's important to start right from the beginning.”