The latest on covid-19's origins

Lexington County Chronicle readers may be interested in the latest on covid-19's origins.You may not see in the mainstream media what reporter Sarah Knapton of The Telegraph of London, …

The latest on covid-19's origins 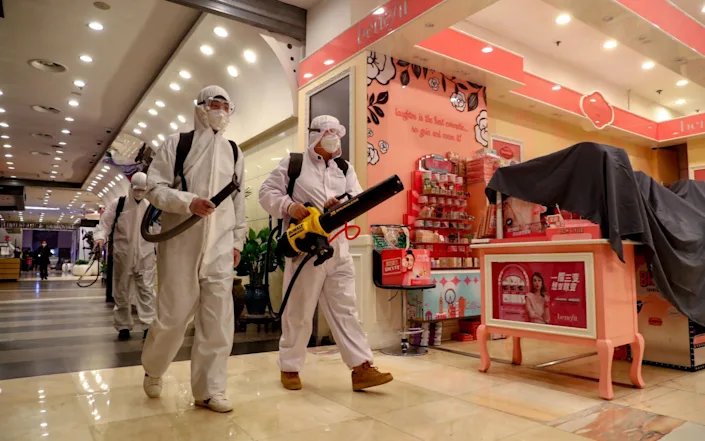 Lexington County Chronicle readers may be interested in the latest on covid-19's origins.
You may not see in the mainstream media what reporter Sarah Knapton of The Telegraph of London, England, wrote:
• Wuhan and US scientists planned to release enhanced airborne coronavirus particles into Chinese bats.
• Leaked 2018 grant proposals show that they aimed to inoculate the bats against diseases that could jump to humans,
• These documents show that 18 months before the first covid-19 cases appeared, researchers planned to release skin-penetrating nano-particles and aerosols.
These contained “novel chimeric spike proteins” of bat coronaviruses in cave bats in Yunnan, China.
• The scientists aimed to create chimeric viruses, genetically enhanced to infect humans more easily.
• DARPA (Defense Advanced Research Projects Agency) refused to pay a requested $14 million because “it is clear that the proposed project led by [British zoologist] Peter Daszak could have put local communities at risk,”
DARPA warned that the team did not considered the danger of enhancing the virus (gain of function research) or releasing a vaccine by air.
• The bid was submitted by Daszak of EcoHealth Alliance, the US-based organization that worked closely with the Wuhan Institute of Virology.
Team members included Dr Shi Zhengli, the researcher called “bat woman" and researchers at University of North Carolina and the US Geological Survey National Wildlife Health Center.
• The documents confirmed as genuine by a former member of the Trump administration show they aimed to introduce “human-specific cleavage sites” to bat coronaviruses which would make it easier for the virus to enter human cells.
When covid-19 was first genetically sequenced, scientists were puzzled about how the virus had evolved such a human-specific adaptation, which is why it is so infectious.
• The documents were released by Drastic, the web-based investigations team set up by scientists from across the world to look into the covid's origins.
In a statement, the Drastic team said: “A review by the wider scientific community of the plausibility of artificial insertion is warranted.”
The proposal also included plans to mix high-risk natural coronavirus strains with more infectious but less dangerous varieties.
To comment, please email JerryBellune@yahoo.com