Radio host says this is a threat to Americans' freedom

If you don't listen to Dennis Prager on local radio 101.7 The Point, you should.

No holds barred. No fake news. No …

Radio host says this is a threat to Americans' freedom 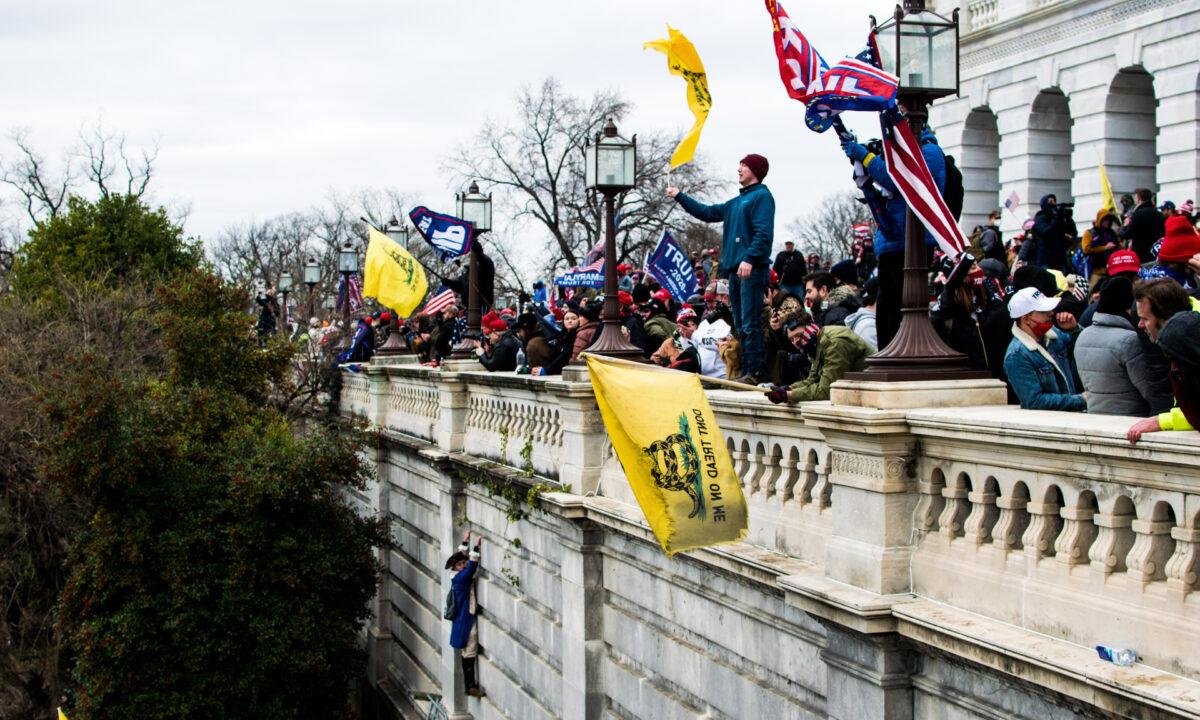 If you don't listen to Dennis Prager on local radio 101.7 The Point, you should.

He even read Trump's speech on the air the other day.

His point was that the speech was not incindiary.

The President made no attempt to rouse the rabble to commit violence.

Or as Hillary called some of us "deplorables."

Prager told The Epoch Times this week that, while last week’s violent siege of the U.S. Capitol was “vile” and “disgustingm” the left's suppression of free speech poses an even bigger threat.

Leftist media personalities have criticized conservatives and “China hawks” of being more concerned about denouncing censorship than criticizing the "Capitol Hill riot."

While denouncing last Wednesday’s unrest, Prager argued that it did not threaten us nearly as much as the suppression of free speech.

“The whole point of America was freedom,” he said.

“The left is suppressing, oppressing the greatest feature of the United States.”

“What threatens the country?

"A foolish, stupid, wrongheaded, vile attack on the Capitol, which reopened for business within hours, versus the ongoing suppression of free speech?

“There’s no comparison,” he said.

“The disgusting events of January 6 do not threaten this country nearly as much as the suppression of free speech.”

While a Justice Department and FBI investigation have only begun, leftist repression has a long history.

"There is no exception,” he said.

Communist regimes have committed acts of oppression and genocide against their own people over the last 100 years.

“It is happening in the country of the Statue of Liberty and the Liberty Bell, for which they have contempt,” he said,

Prager sees evidence that the left is exploiting the Capitol siege to dial-up restrictions on freedom of expression.

“They’re using January 6 as the excuse to ... suppress free speech.”

Parler has attracted a moderate to conservative audience.

Amazon denied this is "suppressing speech or stifling viewpoints. It is not about a conspiracy to restrain trade.”

“This case is about Parler’s demonstrated unwillingness and inability to remove from the servers of Amazon Web Services content that threatens the public safety, such as by inciting and planning the rape, torture, and assassination of named public officials and private citizens,” Amazon said.

Parler CEO John Matze has condemned calls for violence on his platform.

“We would never condone it. We have a lot of things in place to stop it,” said Matze,

Parler is about free speech, he said.

Facebook has targeted content with the phrase “stop the steal,” a reference to claims of election fraud,

Twitter has taken aim at accounts that focus on the QAnon movement.

The Chronicle is reporting these developments because we are concened about free speech.