he media won't tell you he incited no insurrection

No, there was no Russia-Trump conspiracy.

Yes, the special prosector confirmed that.

Yes, James Comey and his FBI pals had dirty …

he media won't tell you he incited no insurrection 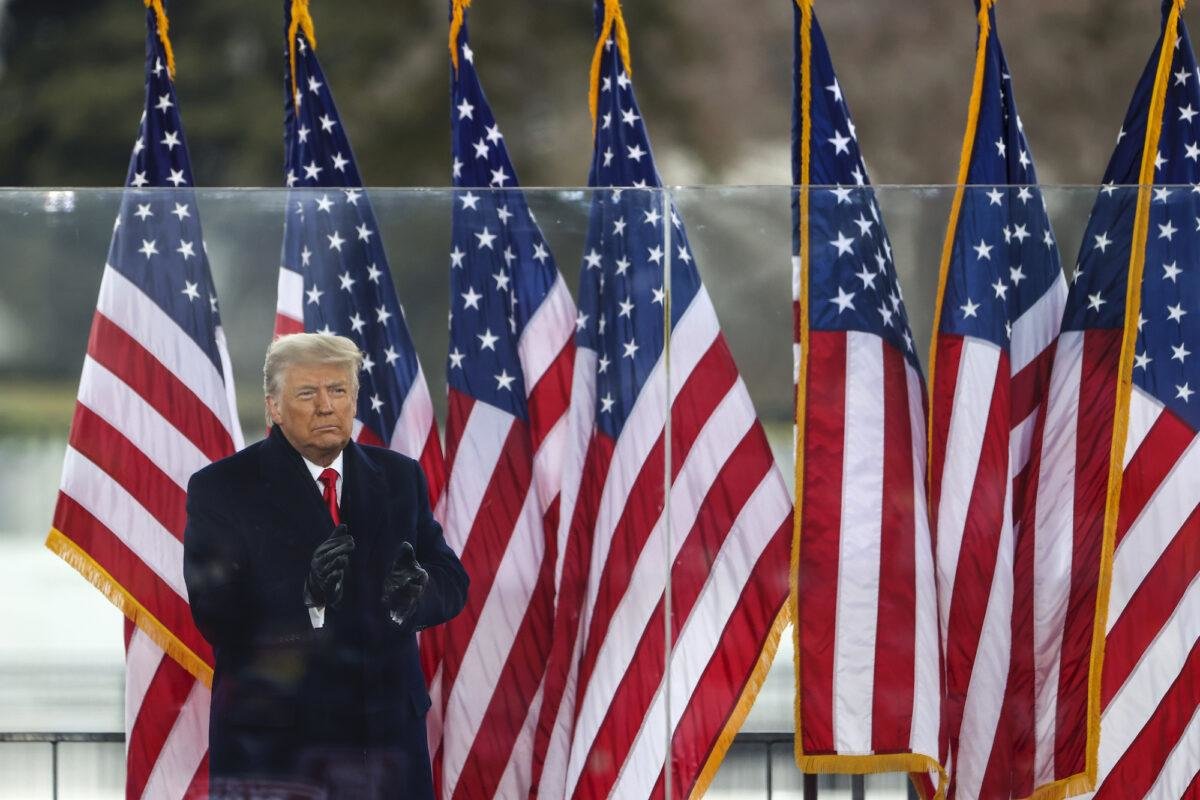 We've watched leftists lie abut Donald Trump for 4 years.
No, there was no Russia-Trump conspiracy.
Yes, the special prosector confirmed that.
Yes, James Comey and his FBI pals had dirty hands.
Yes, they plotted against Trump even as a candidate.
Leftist newspapers and TV lied to you about all this.

Now they lie to you about the President and the protests.

L:ester Holt on NBC called Trump's speech "incindiary."
It wasn't. And Lester dishonored himself in saying it.
Had Lester read the speech he would know better.
After Maxine Waters and Nancy Pelosi have urged Democrats to "get in Republicans' faces" and other threatening talk, what President Trump told the crowd last week sounds tame.
He said, "We're going to walk down ... to the Capitol and we are going to cheer on our brave senators and congressmen and women, And we're probably not going to be cheering so much for some of them because you'll never take back our country with weakness. You have to show strength and you have to be strong."
Tthat sound "incindiary" to you?

What came next would be a joke if it wasn't serious.
House Democrats to impeach him. They continue the Big Lie that Trump “incited insurrection.”
He didn't.
The president didn’t incite any body, said former Washington prosecutor Jeffrey Scott Shapiro.
Hostile journalists and lawmakers claim the President incited the riot when he said Republicans should “fight harder.”
Shapio said that in the District of Columbia, it’s a crime to “intentionally or recklessly act in such a manner to cause another person to be in reasonable fear” and to “incite or provoke violence where there is a likelihood that such violence will ensue.”
The Supreme Court set this standard for speech that could be prosecuted without violating the 1st Amendment.
The president didn’t mention violence much less provoke or incite it. He said, “I know that everyone here will soon be marching over to the Capitol building to peacefully and patriotically make your voices heard.”

District law defines a riot as “a public disturbance . . . which by tumultuous and violent conduct or the threat thereof creates grave danger of damage or injury to property or persons,” Shapiro said
When the President spoke, there was no “public disturbance.” It was a rally.
The “disturbance” came later at the Capitol by a small minority who broke the law. They should be prosecuted.

The president’s critics want him charged for inflaming angry Americans' emotions.
That does not satisfy the elements of any criminal offense, Shapiro said.
His speech is protected by the Constitution that members of Congress are sworn to support and defend.

Your comments on this are welcomed. Please write JerryBellune@yahoo.com