The Chronicle Was Also Provided More Details About the Allegations

At an Aug. 8 meeting of the Lexington-Richland School District 5 board,  three parents whose kids have played for McLeod and a former player stated the coach had inflicted “bullying and mental abuse” on players during the 2022 season.

The Chronicle Was Also Provided More Details About the Allegations 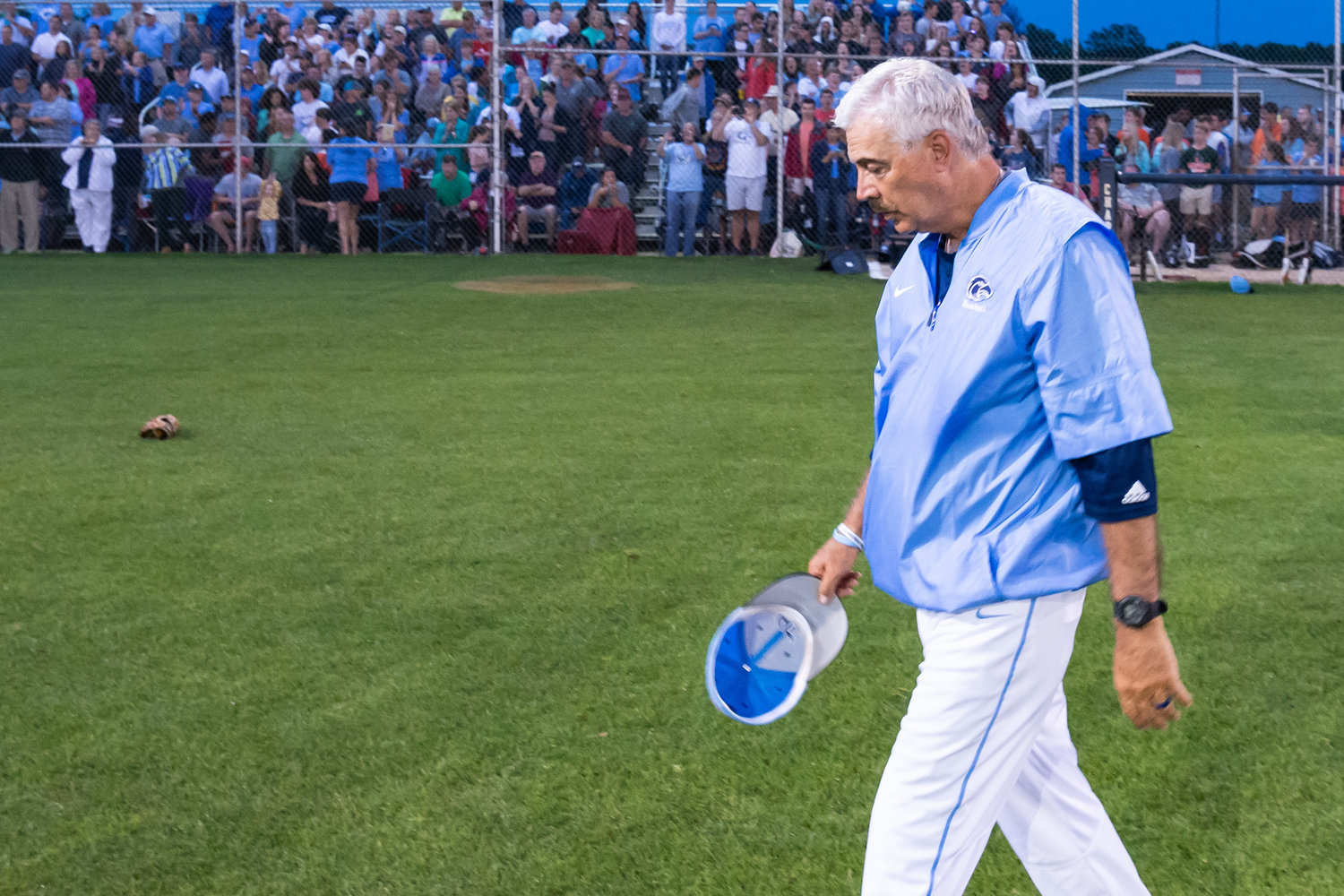 Those were just some of the emotions expressed by former Chapin High School players after reading about abuse allegations made against their former baseball coach Scott McLeod.

From social media to telephone conversations, the players who responded universally praised McLeod as a "great" coach and a 'funny, happy to be there" guy.

At an Aug. 8 meeting of the Lexington-Richland School District 5 board,  three parents whose kids have played for McLeod and a former player stated the coach had inflicted “bullying and mental abuse” on players during the 2022 season. They pointed to incidents ranging from calling players insulting names in front of other students to a May 16 playoff game against Lexington in which a pitcher threw 82 pitches, was called back to throw again after a 55-minute delay and has been treated for elbow problems without McLeod checking on his well-being.

McLeod has coached at Chapin for two and a half decades, leading the baseball program to five state title series and four state championships, most recently in 2018.

All attempts to reach McLeod have been unsuccessful.

The group that spoke against McLeod told the Chronicle that they presented a detailed binder and PowerPoint to District 5 documenting their concerns, including medical documents and letters from other parents.

The district declined to comment on whether they received the binder.

To a man, all the former players the Chronicle spoke to said they believe there is no substance to the criticisms and allegations made against McLeod.

2016 Chapin graduate and former pitcher Evan Estridge emailed a letter to the entire board in support of McLeod, which he shared with the Chronicle.

"I ask that Board Members, the Athletic Director and members of the community do not judge Coach McLeod’s storied career, which spans decades, on a handful of comments that were made at a school board meeting," he writes. "To summarize my experience and what I witnessed during my time in the Chapin Baseball Program, I would say that my experience was positive, productive through the development of my skills and in the accomplishments of our team, and the entire time I felt that my safety and health as a student athlete was of utmost importance to the entire coaching staff."

A letter from the parents of one of the two players McLeod allegedly called “the Cancer of Chapin Baseball,” included with materials provided to the Chronicle by the parent group that spoke against the coach, paints a different picture. The mother confirmed their account to the Chronicle but asked to remain anonymous.

“We had heard of Coach Scott McLeod’s reputation for years before [our son] was on the varsity team. Parents and former parents gave us many warnings and jaw dropping humiliation stories,” reads the letter signed by both parents. “When Chapin baseball was brought up at any social gathering the things that were said about Coach McLeod were never good. He was called names I can’t repeat here.”

The letter states that their son kept quiet about McLeod’s alleged verbal abuse and he didn’t speak up about feeling strain in his arm for fear of being denied playing time. According to the letter, their son was benched in favor of a first-year player for much of his senior year.

The letter also alleges that McLeod is unresponsive to college recruiters looking into his players, stating that their son got onto a college team with “no help from Coach McLeod or assistant coaches.”

“While we were touring these schools, the general theme from the coaches was, ‘Oh, we gave up reaching out to Chapin coaches YEARS ago. They just flat out won’t answer your call or call you back and won’t respond to a single email either’,” the letter states. “They said it is known that Chapin coaches do nothing to promote their players and that they gave up years ago trying to even contact them to talk about their players.”

The PowerPoint the parent group said it presented to the district, provided to the Chronicle, alleges that he told a recruiter looking into one of his players, “All he is good for is squatting 500lbs.”

Former players the Chronicle spoke to advocated for the character of their former coach and questioned the motivations of his accusers.

"I mean, after how many years he's been the coach of that baseball team, just now somebody comes up, accusing him of all this stuff, trying to get him fired. It just kind of seems strange to me that after all these years, this is the time that has been chosen to try and get him fired or whatever they're trying to do,"  said former player Cole Powell.

"He's one of the most respectable, decent men that I know," said Jake Kea, who played at Chapin from 2010 to 2015. "He's a mentor to me. He's part of the reasons I am the person that I am today. He focuses on things that are bigger than baseball.

Kea said he never saw McLeod "cross a line" in terms of mistreating players and that McLeod's "constructive criticism" was what he needed to hear as a teenager and helped him in his transition to adulthood.

McLeod's care for his players, Kea said, was shown in how he was treated in one of his lowest athletic moments. It happened during Kea's junior year as a relief pitcher when he hit an A.C. Flora batter with the bases loaded in the final inning of a critical region loss.

He referred to a claim made by one of the parents at the Aug. 8 meeting that McLeod, in separate incidents, called players “the Cancer of Chapin Baseball” and “Big Stupid” in front of other students.

"But instead, after the game, he said, 'I know you're upset. You've got to move forward, man. Life, it's gonna be tough. This sucks right now. I know how you feel. These things happen. But I love you and I love who you are as a person and that's what matters the most,’” Kea recounted. “And that's stuck with me for a very, very long time. I can still see him saying those words, I can still hear him saying those words. And that stayed with me because he's right."

Other defenders of McLeod told of his interaction with students as a history teacher. Former student turned Marine sergeant and current firefighter Ian Scollon talked about McLeod's ability to reach students like him by "seamlessly transitioning from a compassionate mentor” to a "tough love father figure."

"He genuinely cared about you as the individual, not the student that missed another assignment or failed an exam," Scollon said. "He would make light of such situations by cracking jokes about aptitude, but would then pull you aside one on one and dig out the root issues that caused the shortcomings."

Powell talked about McLeod's sense of humor and how it was misconstrued by the parents who called it verbal abuse. He talked about how McLeod would pick on him for being "nothing but a pull hitter," while working with him to start hitting the ball all over the field.

"He's a funny guy," he said. "I think that a lot of the stuff that he does can be taken out of context. If you know him then he's just a happy dude."

"He wasn't calling nobody stupid. He was just making fun of the guy poking fun with the team as we all do as a group of guys,” Powell added. “It was more like lifting each other up with laughter and stuff than it was making somebody feel bad."