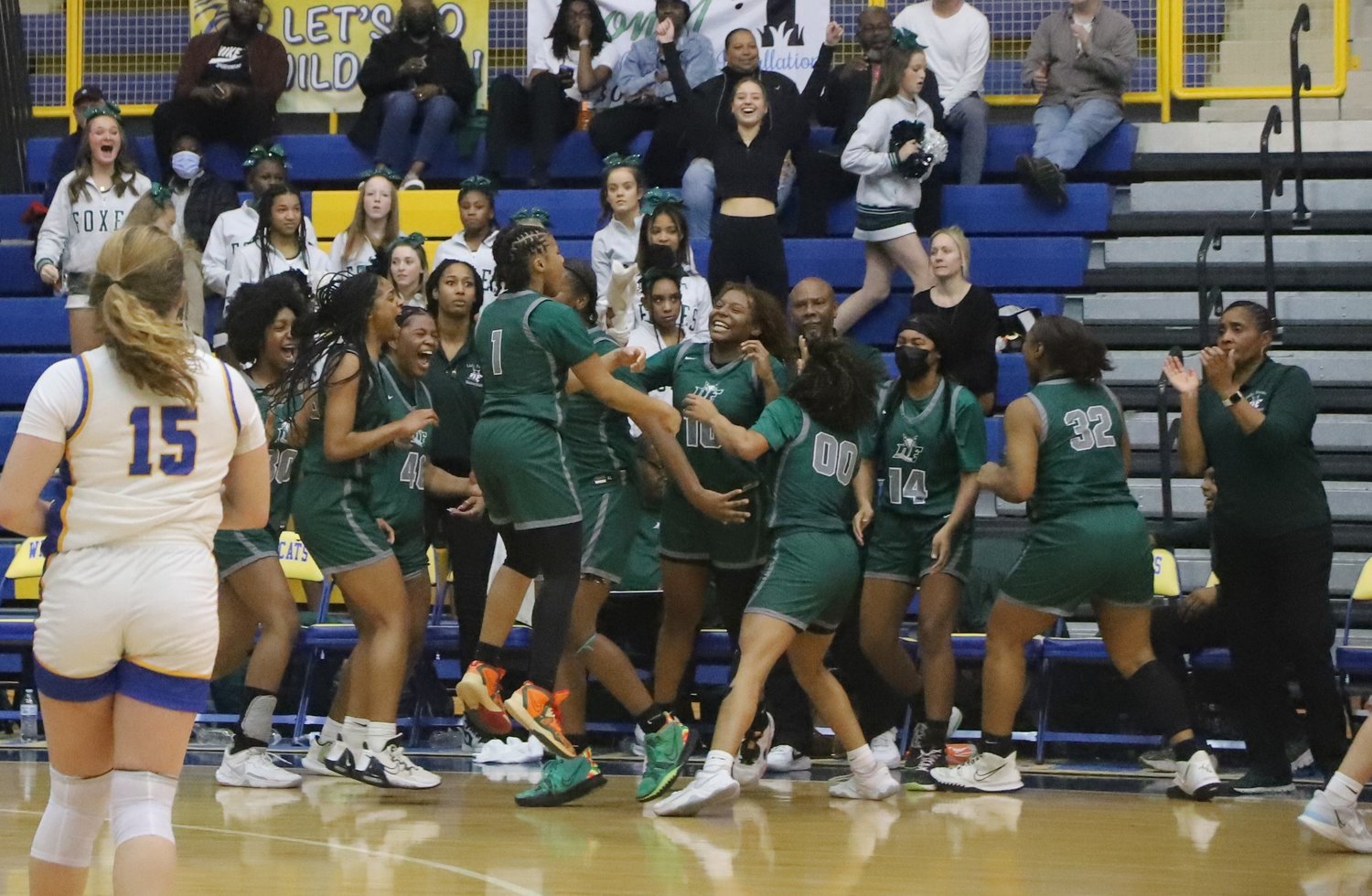 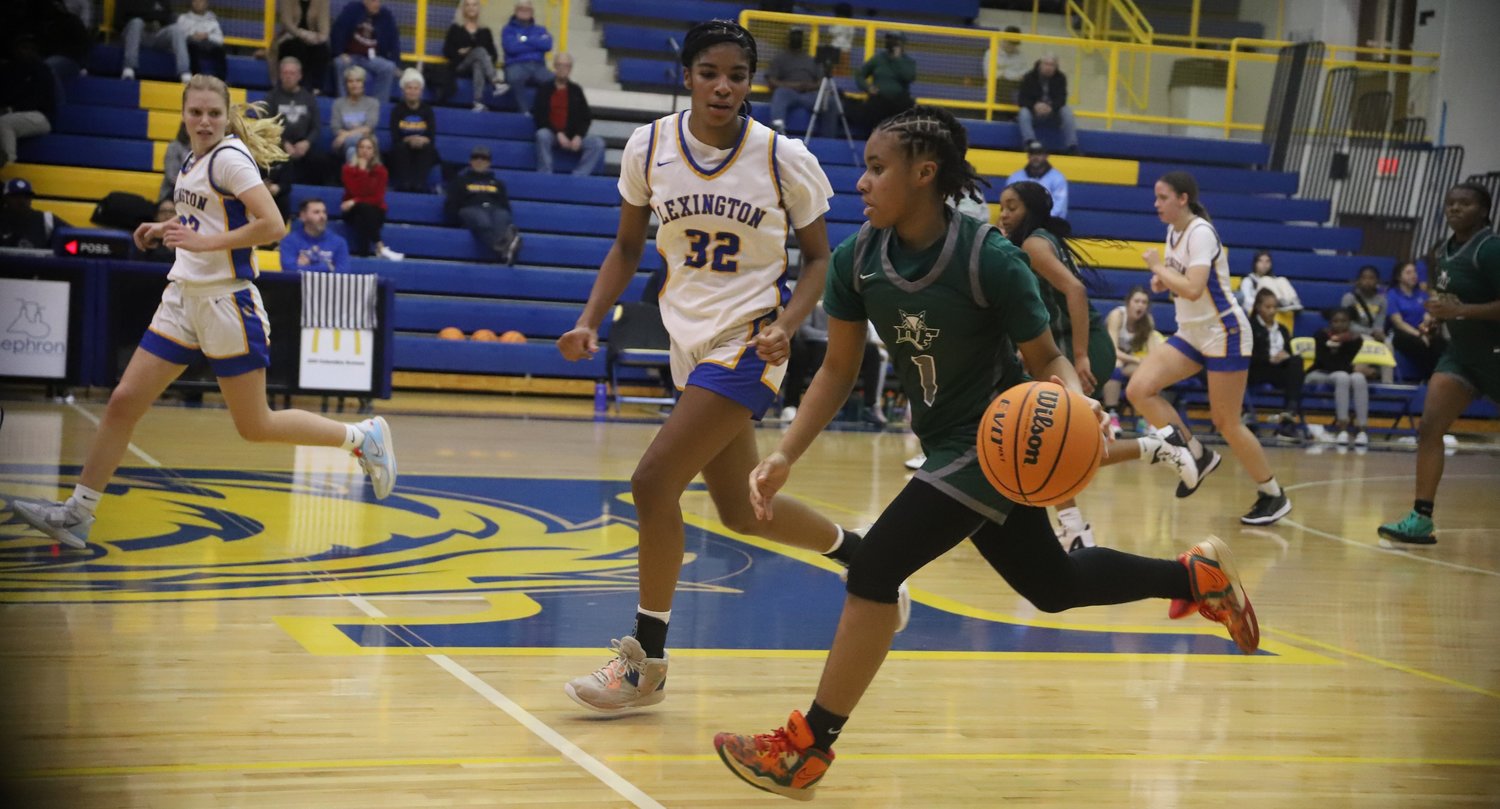 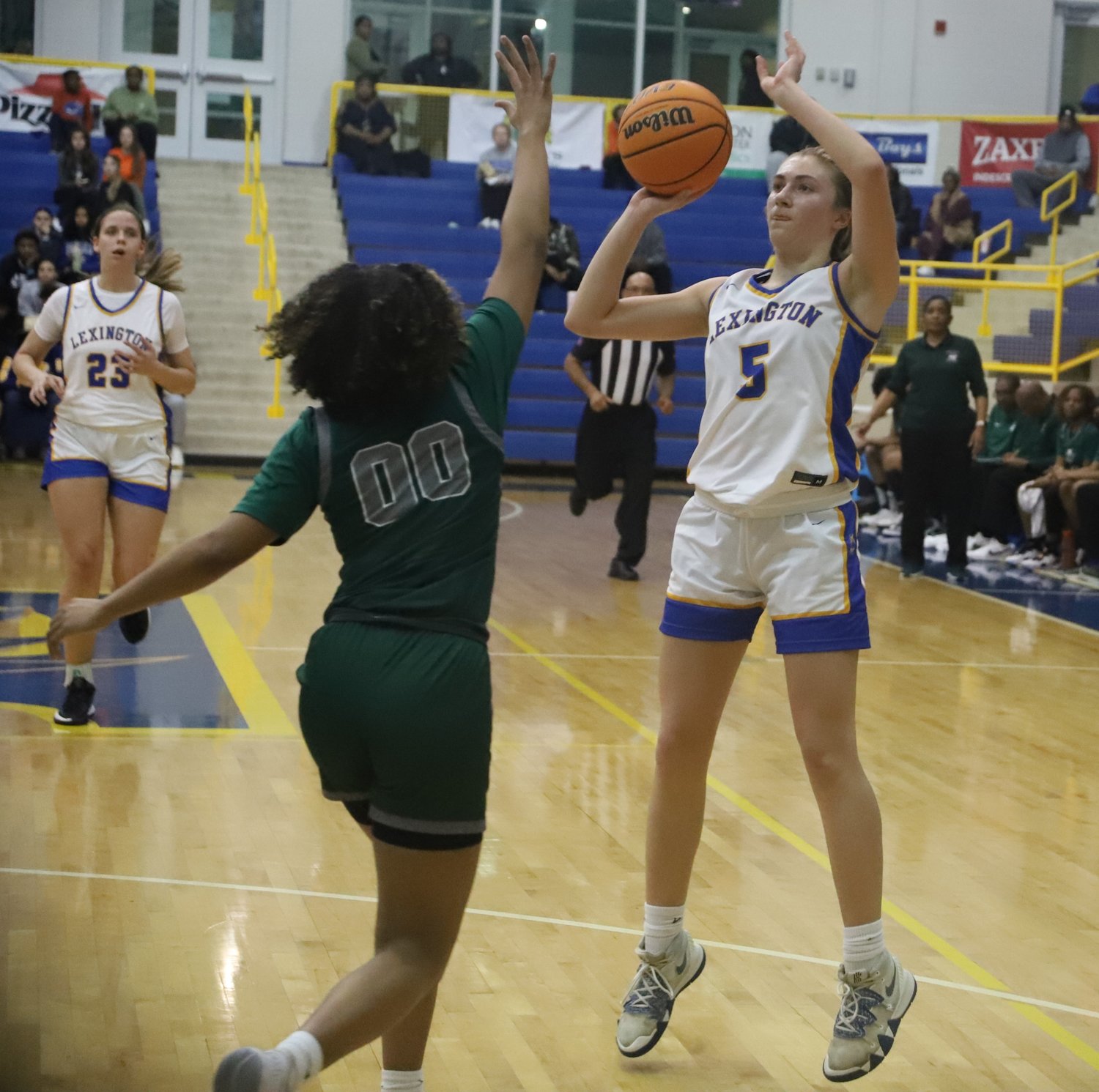 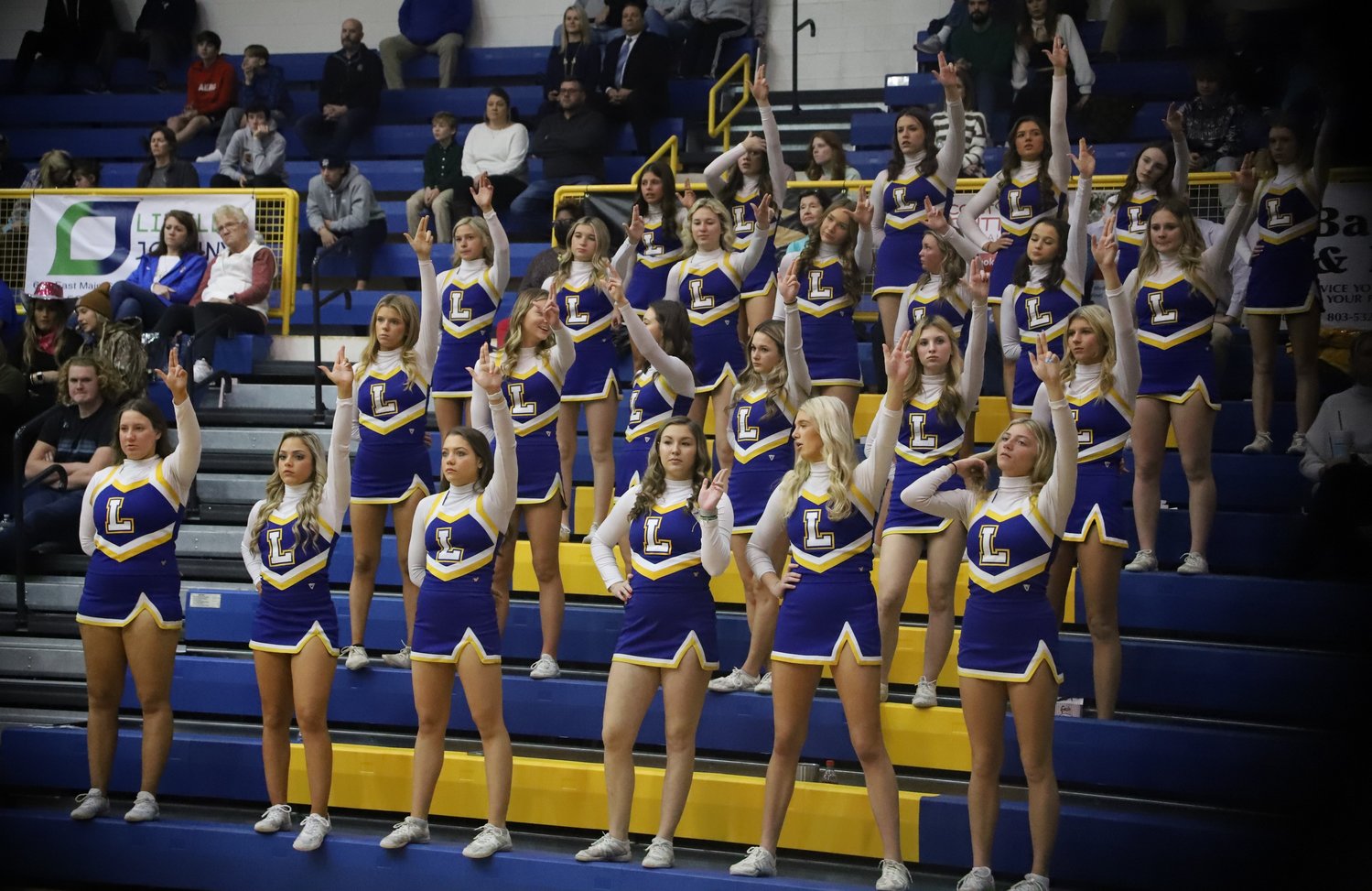 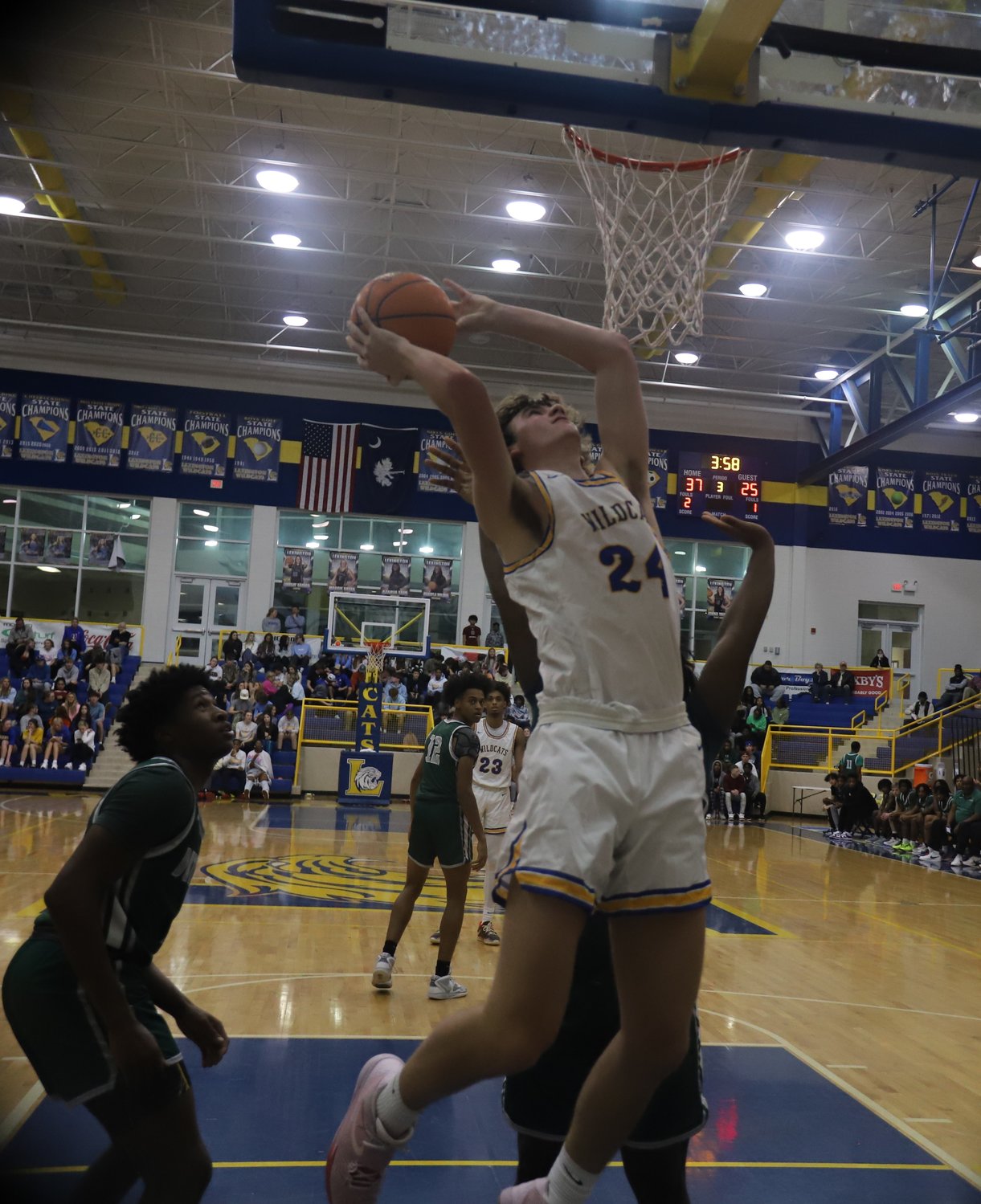 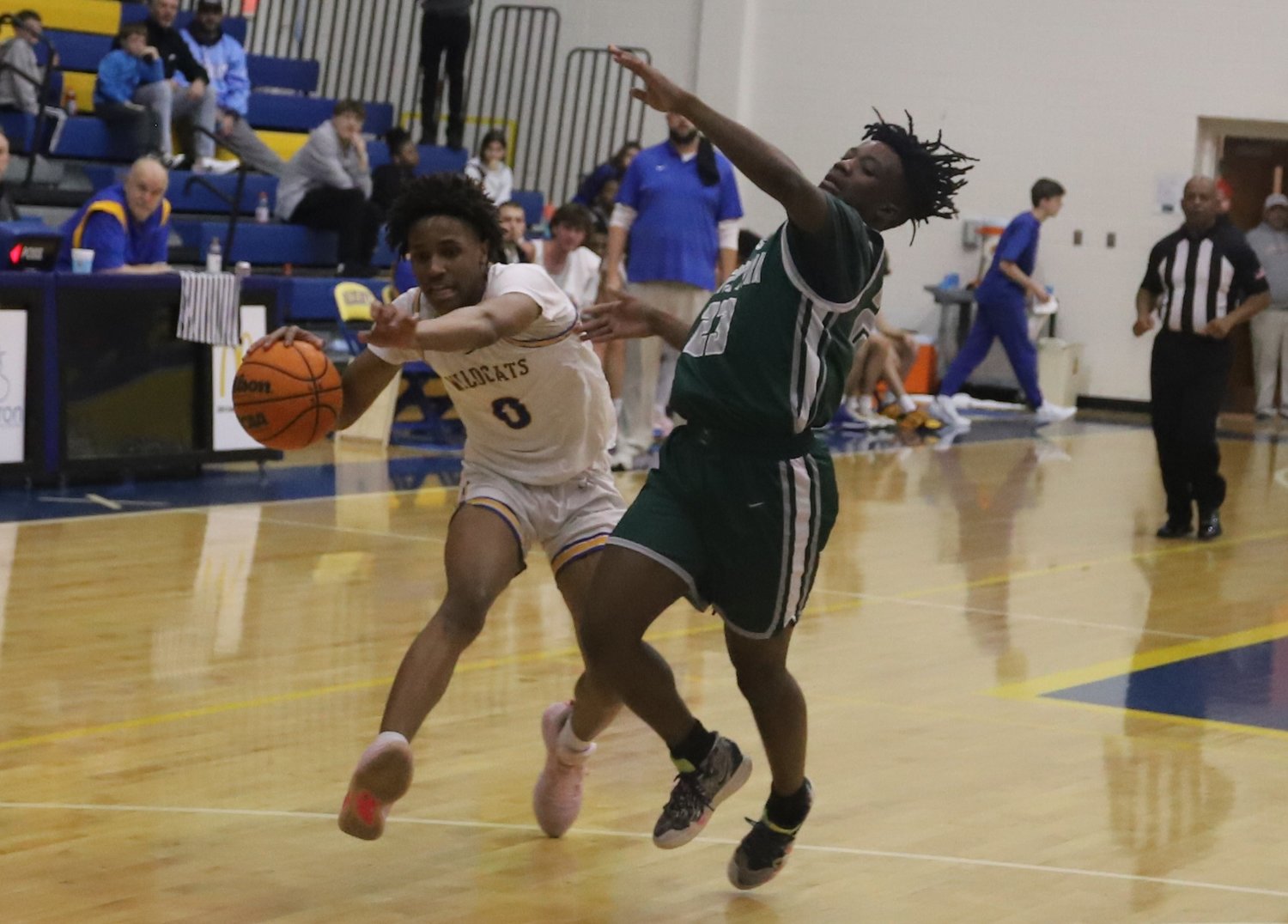 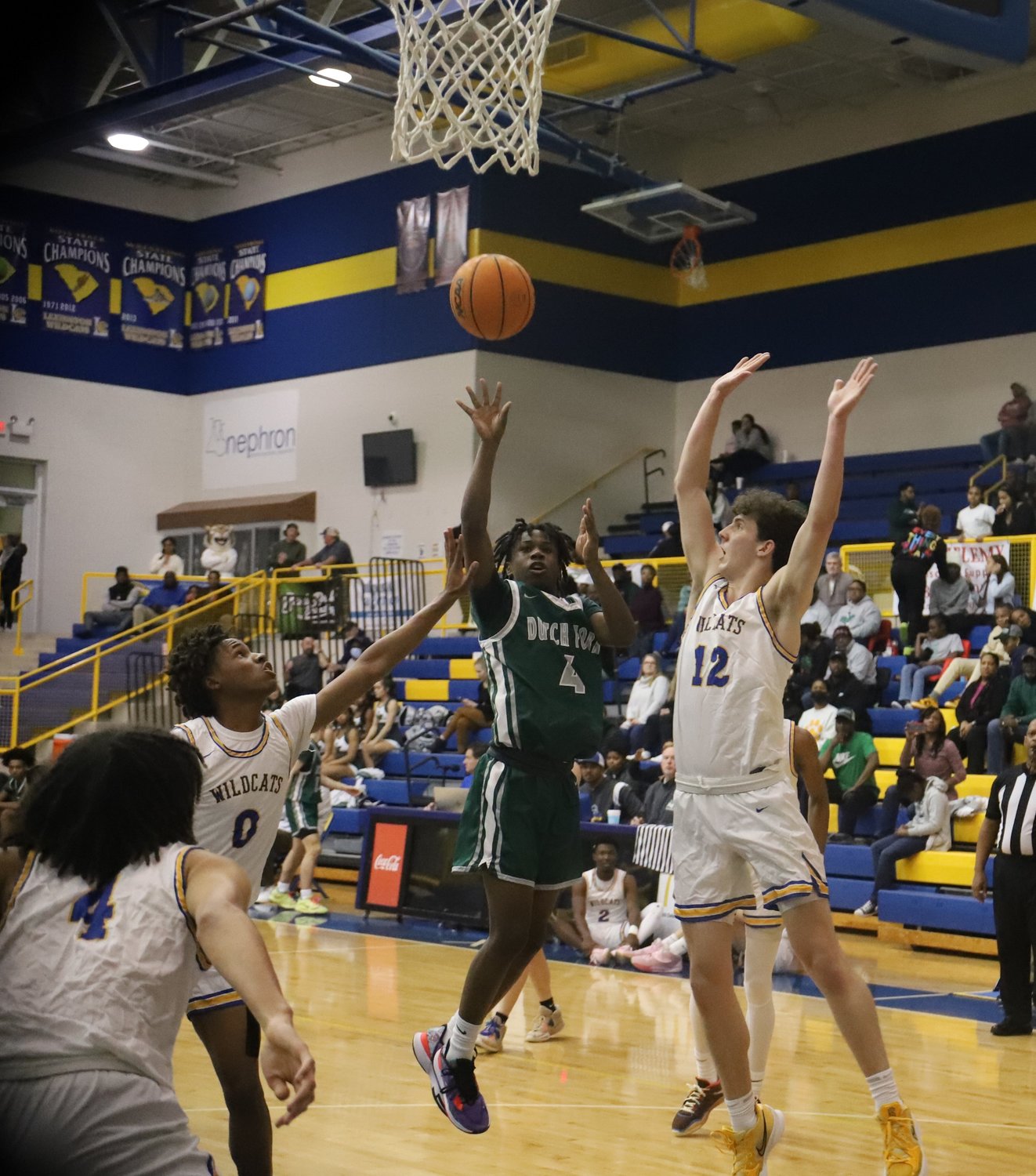 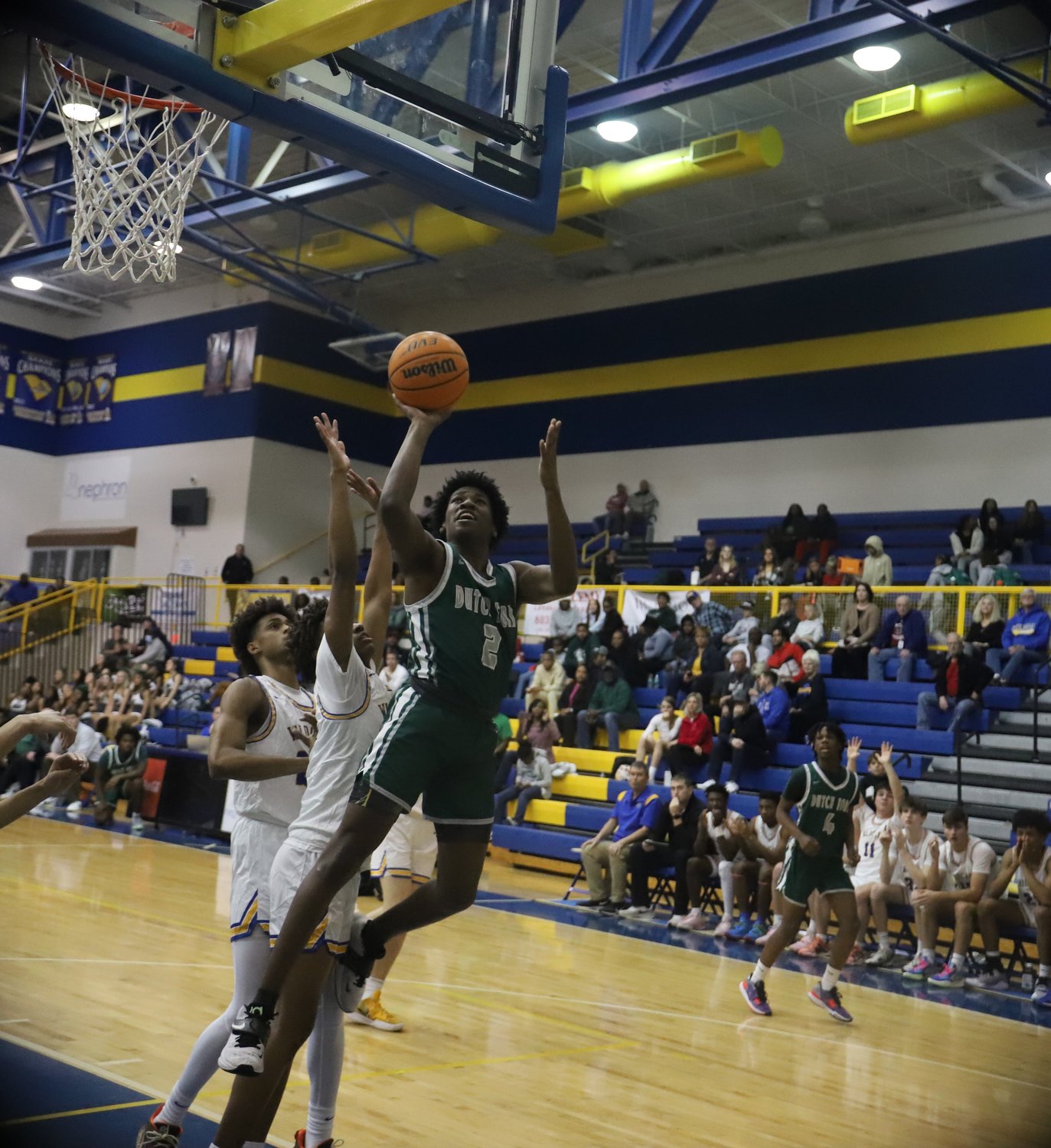 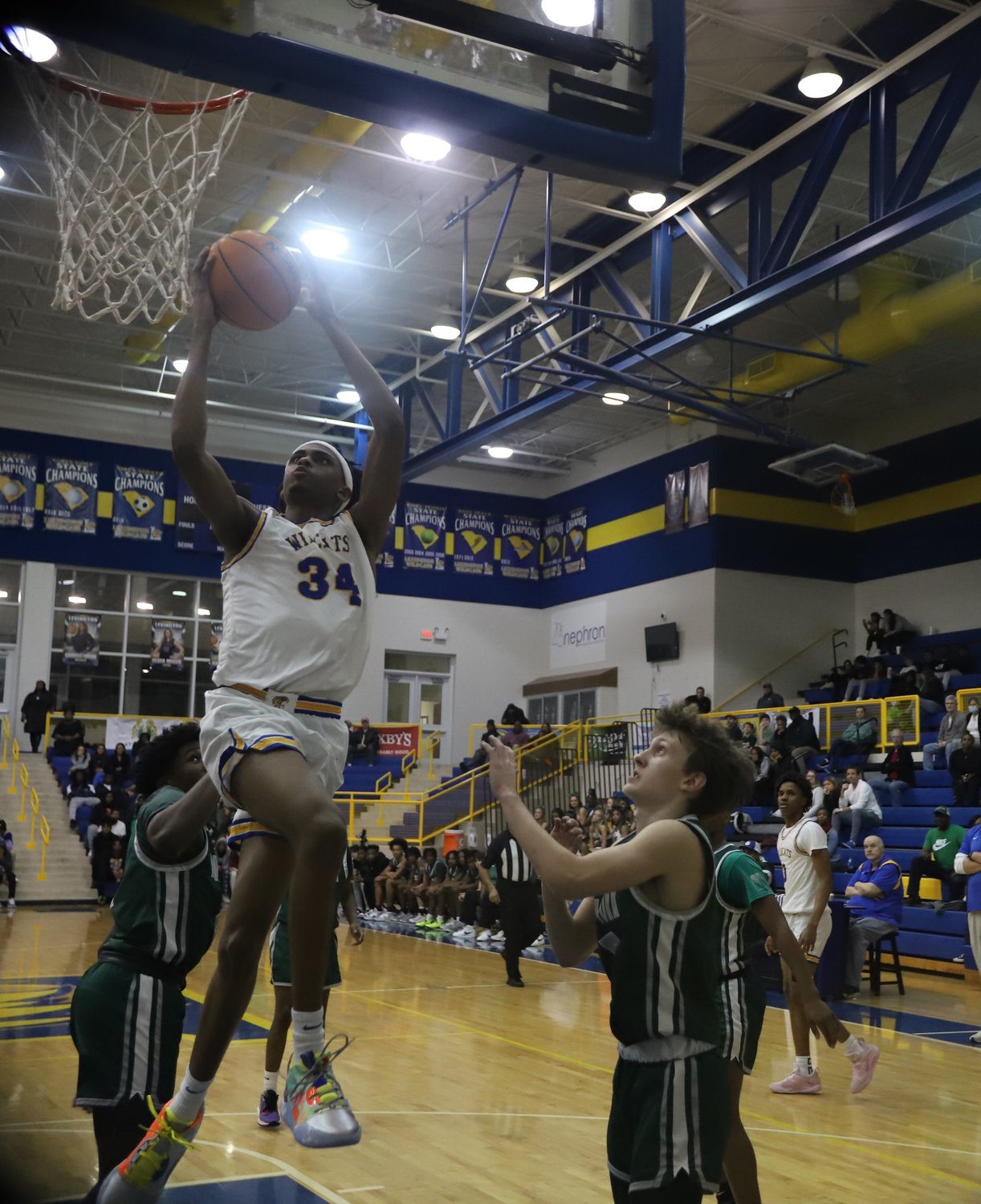 The Lady Wildcats were riding region winning streaks of 12 overall and 13 at home, respectively. While they were coming off a seven-day break, the Lady Silver Foxes suffered a seven-point loss to River Bluff four days earlier.

A victory by Lexington would give it a two-game lead in the Region 4-5A standings and a clear path towards a fifth straight region title.

Instead, the Lady Silver Foxes had other ideas such as creating a three-way tie for first place. Led by Hillary Offing’s 26 points and a quick start, Dutch Fork rolled past Lexington 62-49.

The Lady Silver Foxes jumped out to a 11-0 lead before Lexington scored on a free throw by Jenna Yanity with 3:52 left. She led the Lady Wildcats with 15 points.

Back-to-back 3-pointers by Izzy Saville, who finished with 14 points, provided a short spark for the Lady Wildcats who trailed 13-7 at the end of the first quarter.

With Lexington struggling both from the field and free-throw line, Dutch Fork continued to maintain a lead throughout the game. Late in the third quarter, Lexington got within 38-36 before a baseline jumper by Offing regained the momentum for Dutch Fork.

It scored the first four points of the fourth quarter to push the lead back to eight points. With Offing not missing a field goal in the fourth quarter along with 10 points from Christyonna Jackson, the Lady Silver Foxes made sure their lead got no lower than six points the rest of the game.

The Lady Gators won their second straight game as they rallied from a 21-17 halftime deficit to move into a 3-way tie for first place in Region 4-5A.

There was no letdown for the fourth-ranked Wildcats after a one-week break.

With Jarvis Green out of action, Dutch Fork had no player score in double figures. After falling behind early, the Wildcats closed out the first quarter with a 3-pointer by Coulter Bell to take a 25-12 lead.

It was all Lexington from there led by Jaxon Prunty with 17 points, Cam Scott with 12, Caleb Campbell with 11 and Jose Figueroa with eight.

Montraivis White scored 16 points, Quan McDuffie had 14 and Avantae Parker finished with 12 to lead the top-ranked defending Class 2A champions.

The win improved Gray Collegiate to 55-2 all-time in region games and 26-1 at home. The lone loss came a week ago to W.J. Keenan.

Up next is a home matchup against Lower Richland on Jan. 27.

The loss created a 4-way tie for first place in Region 4-4A with Irmo, Lugoff-Elgin, Westwood and Ridge View.

Luke Chapman scored 17 points and Yasir Caldwell had 11 as the Gators took sole possession of second place in Regin 4-5A behind Lexington.