Winning away from home and in Charlotte is old hat for the Dutch Fork football team and head coach Tom Knotts, respectively. 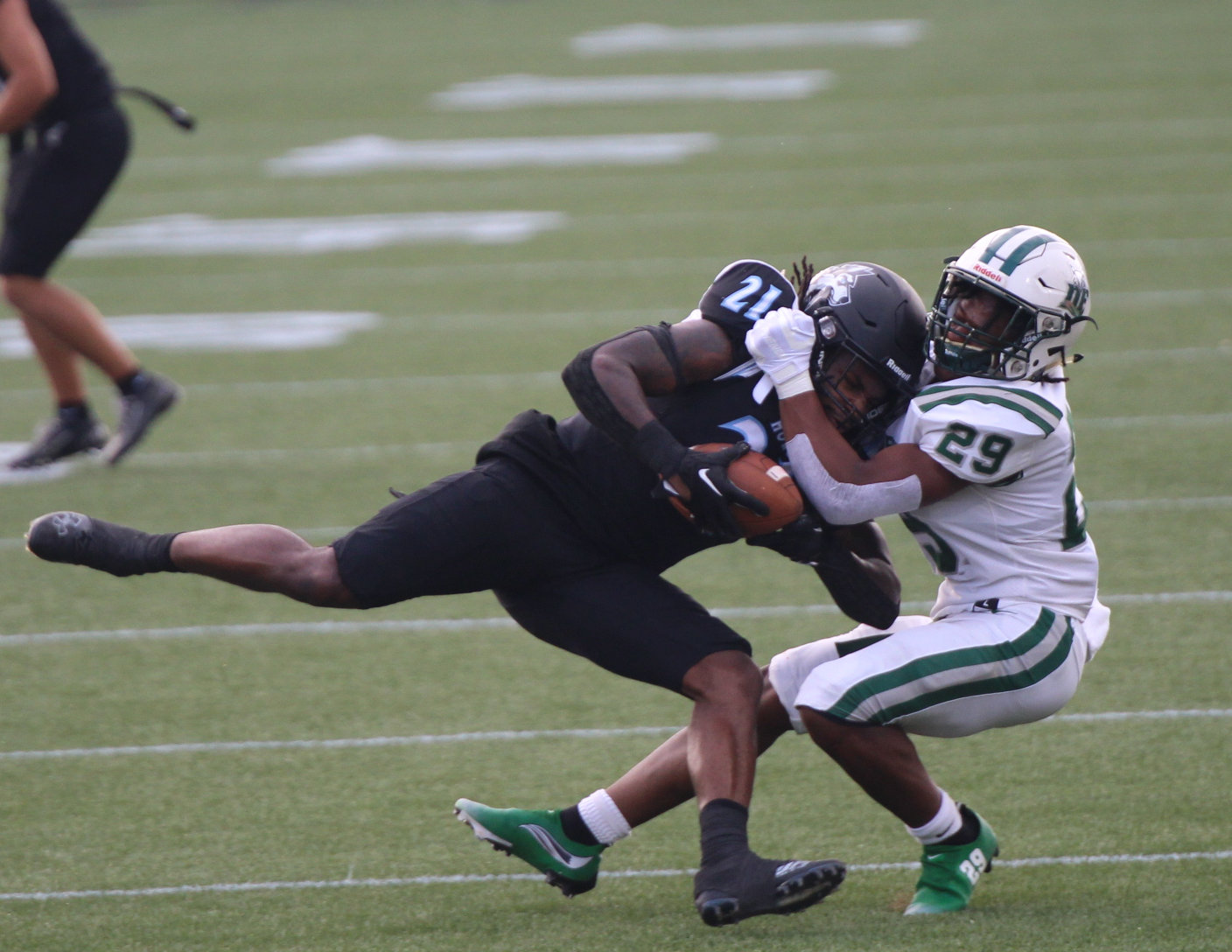 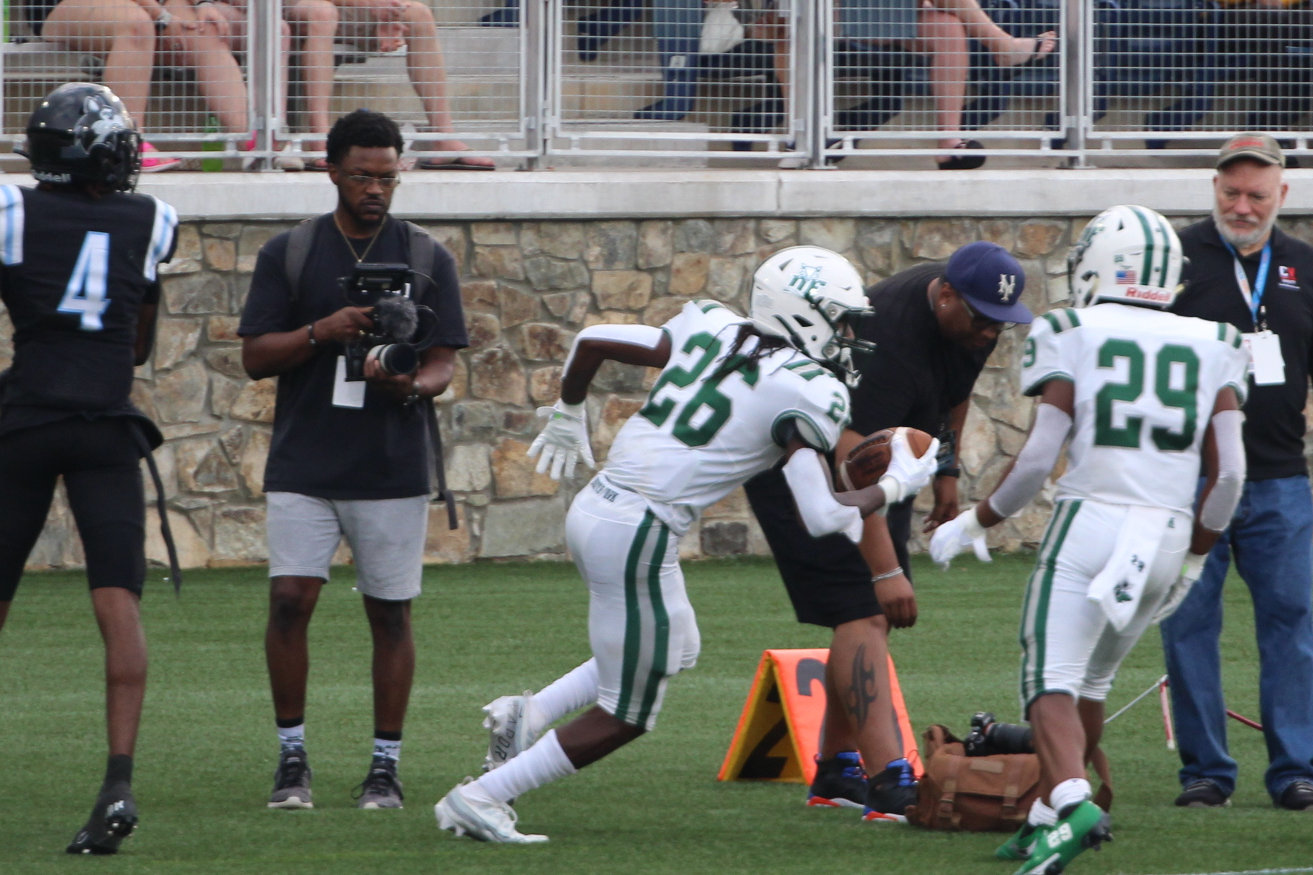 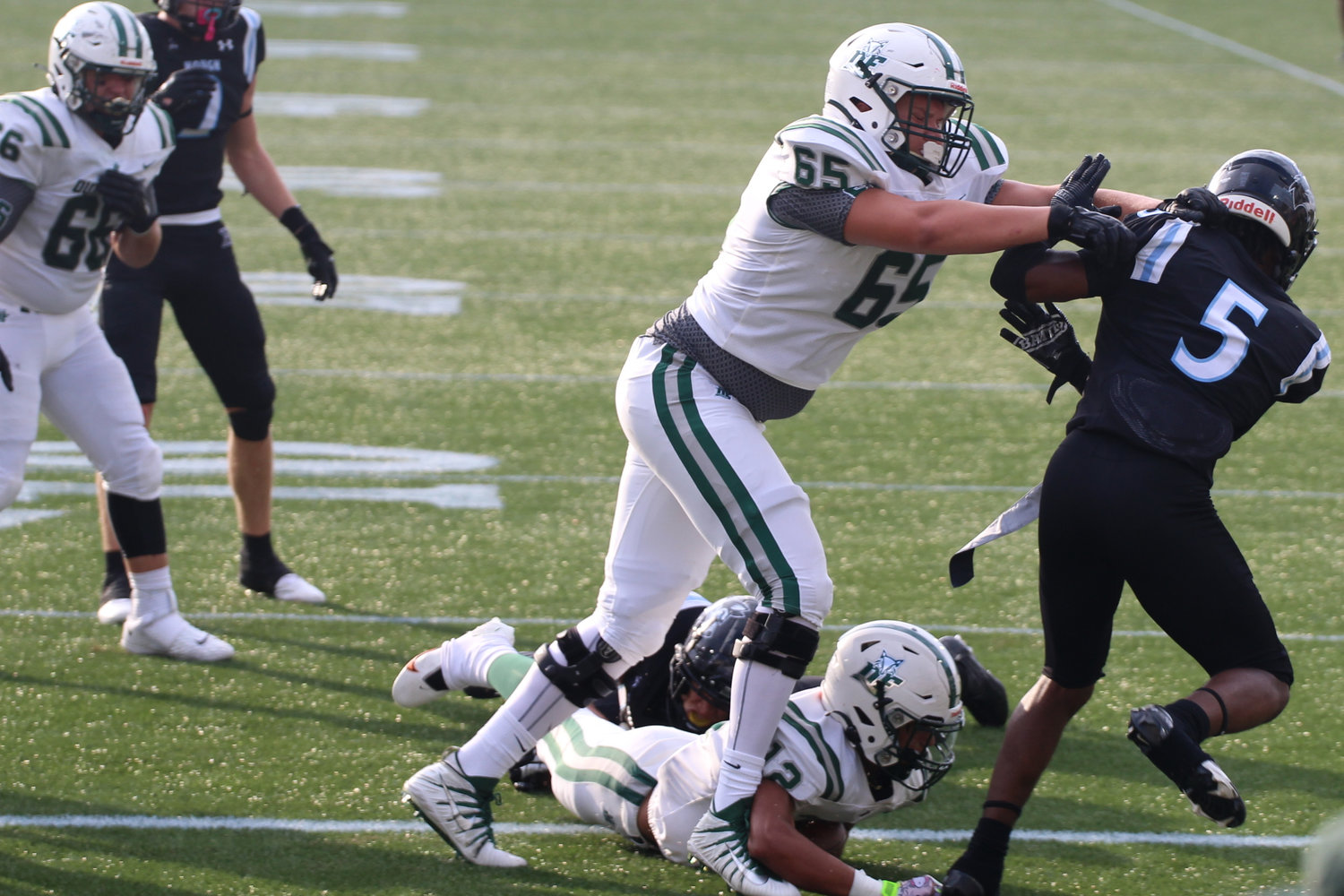 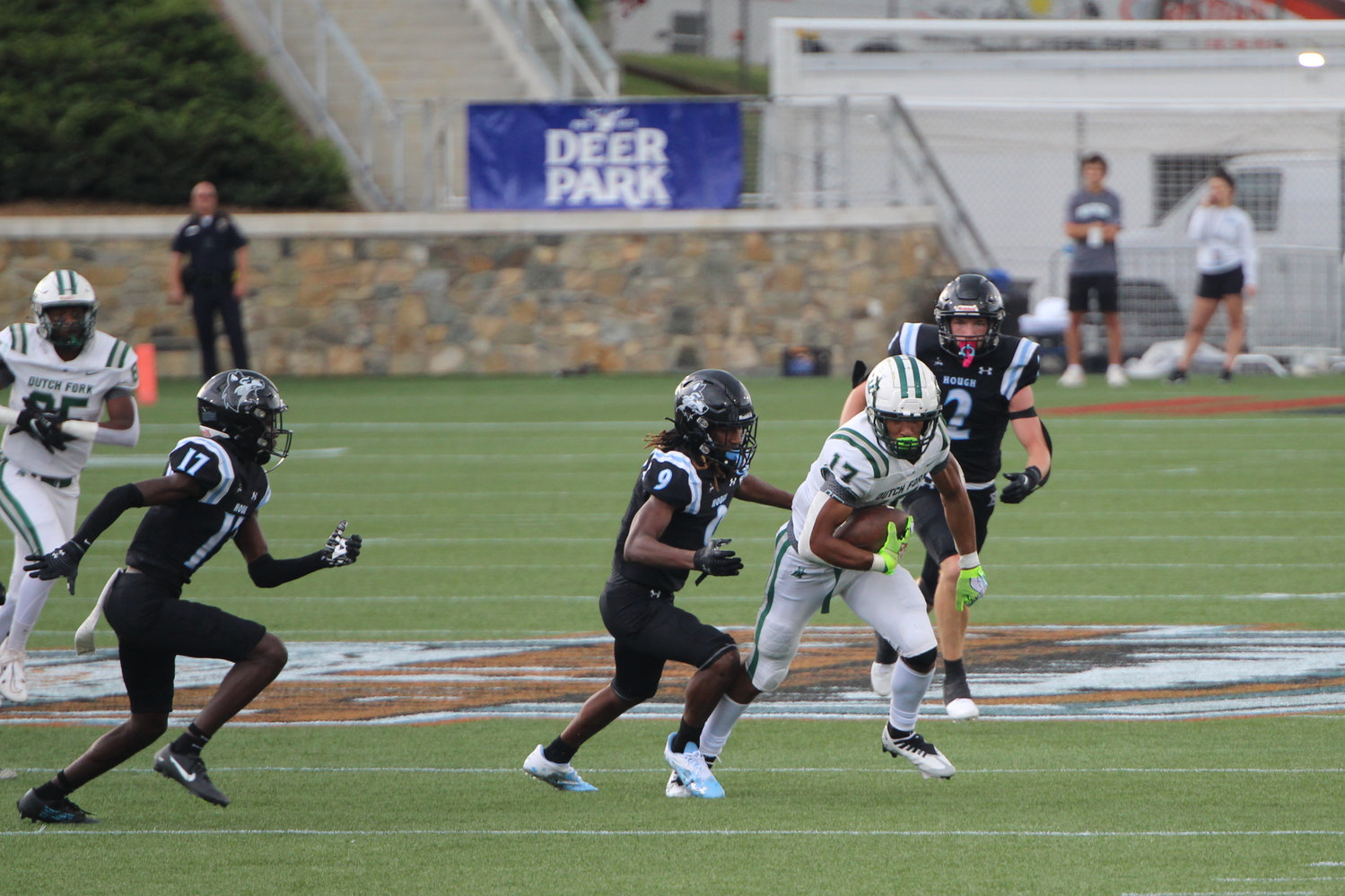 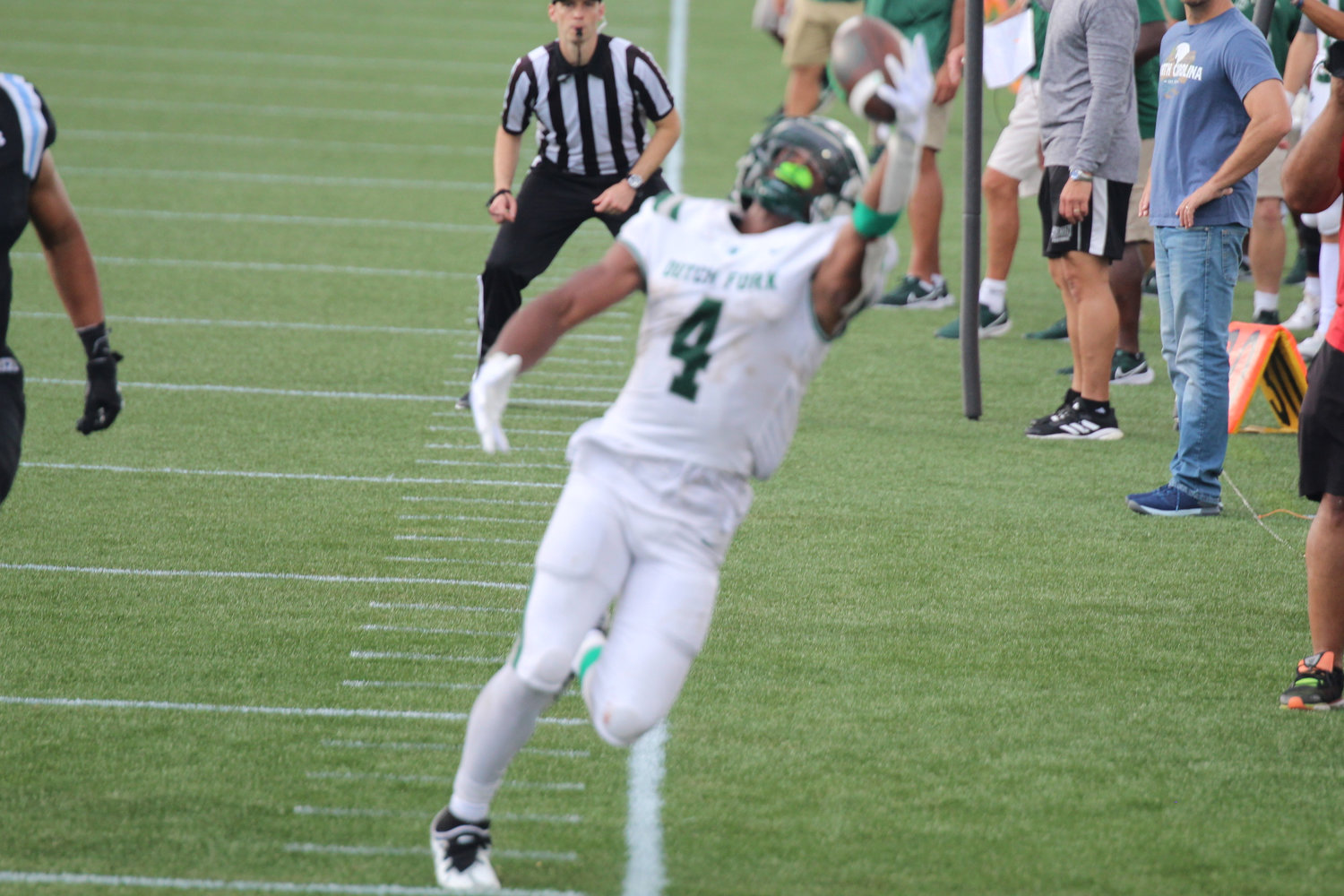 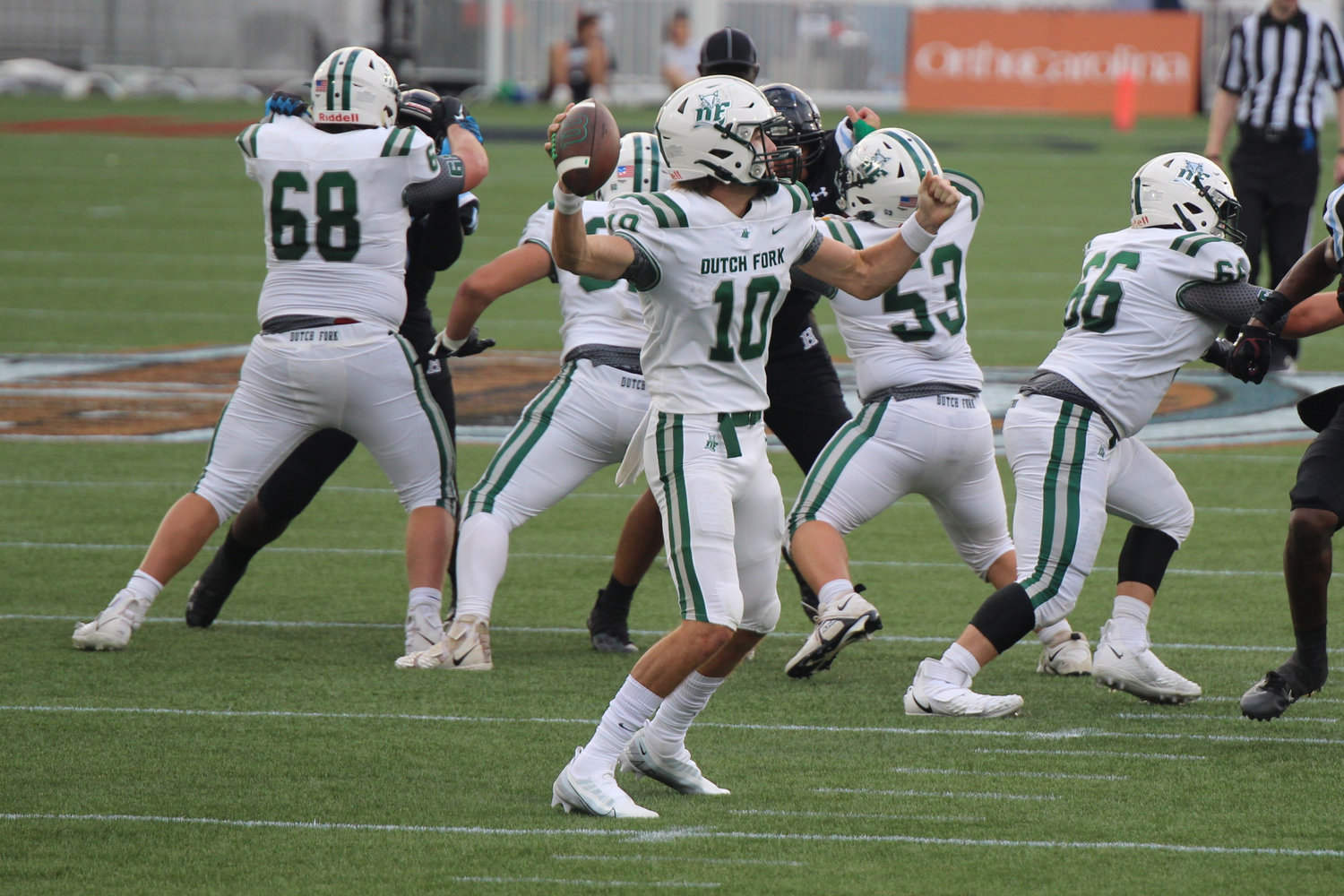 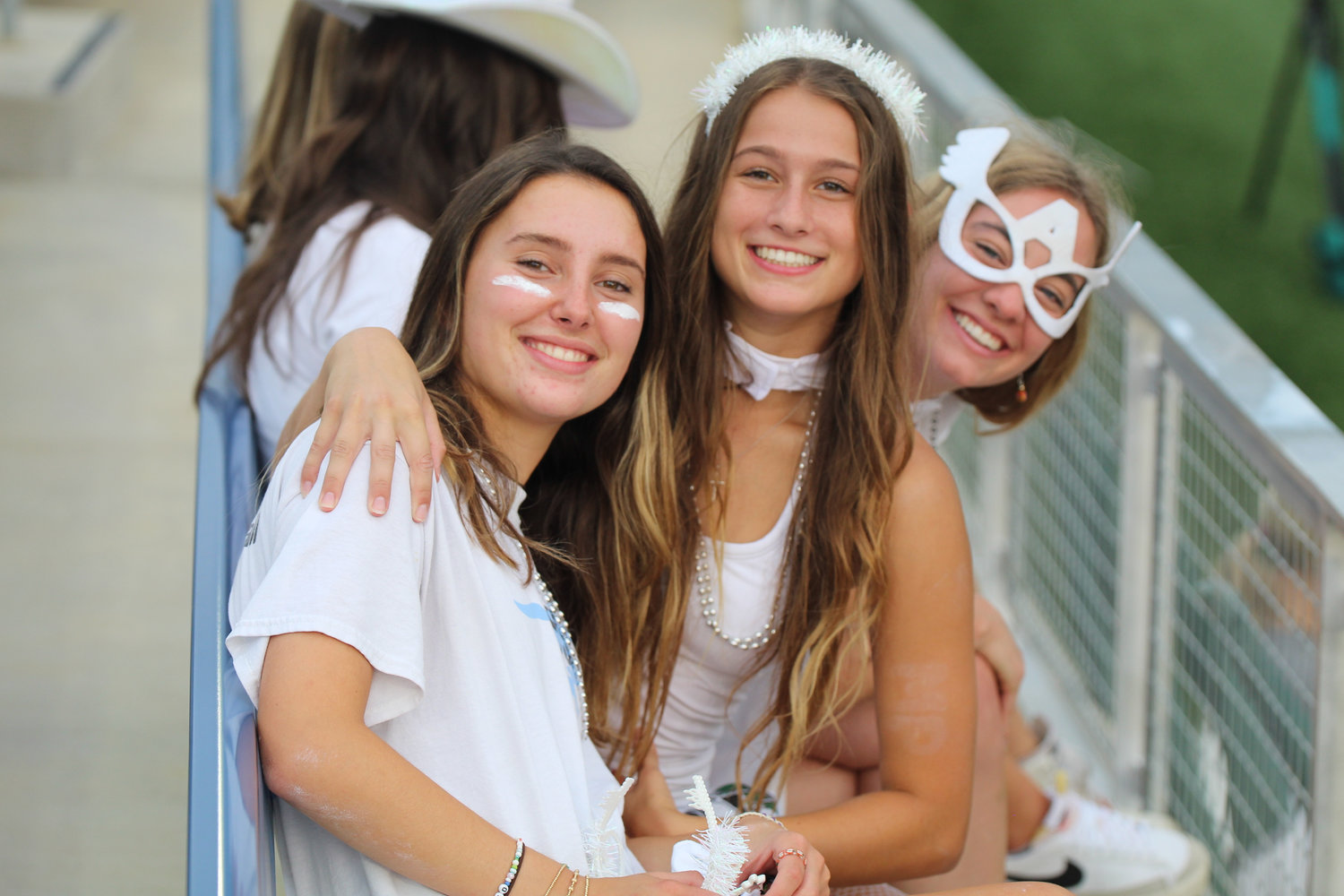 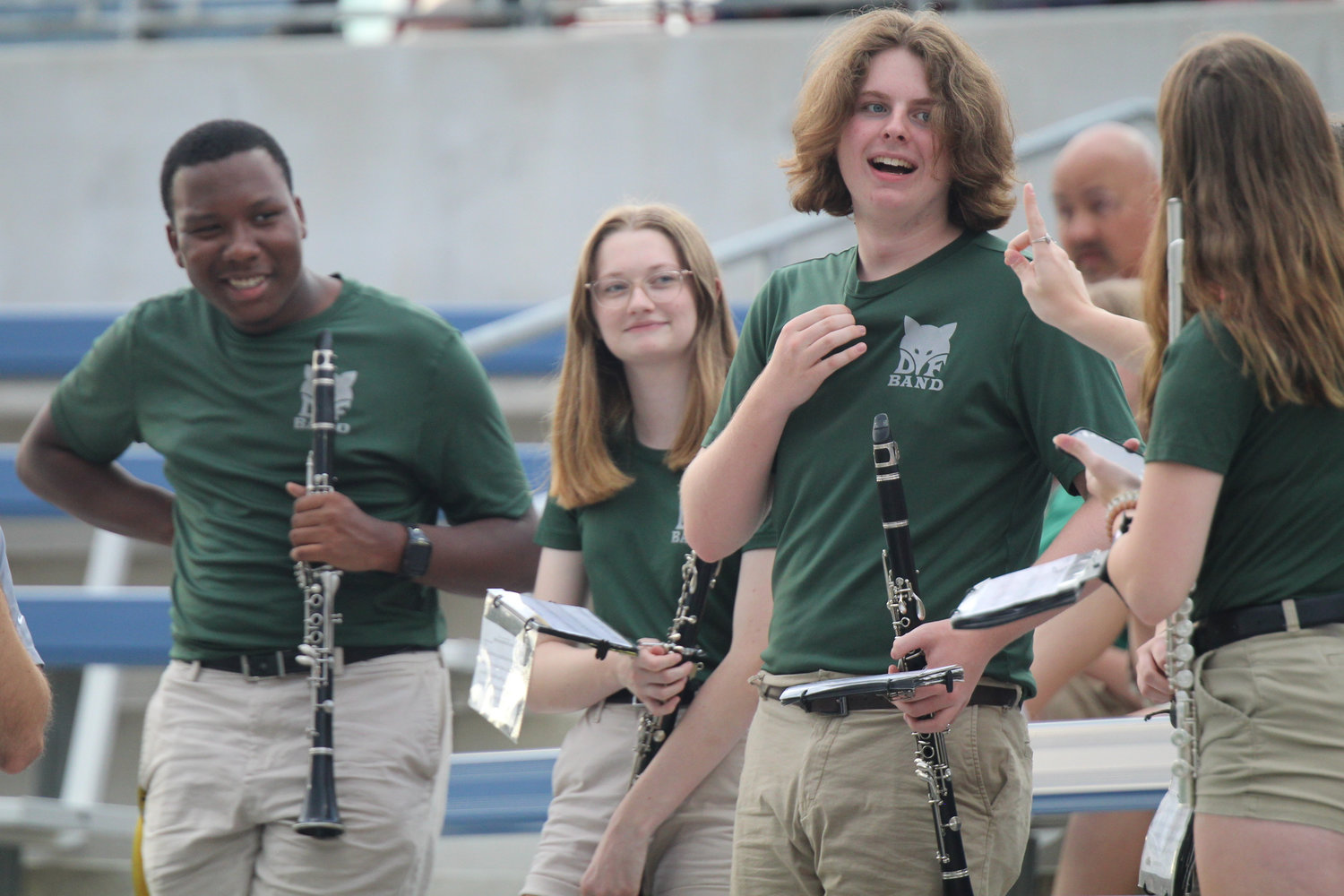 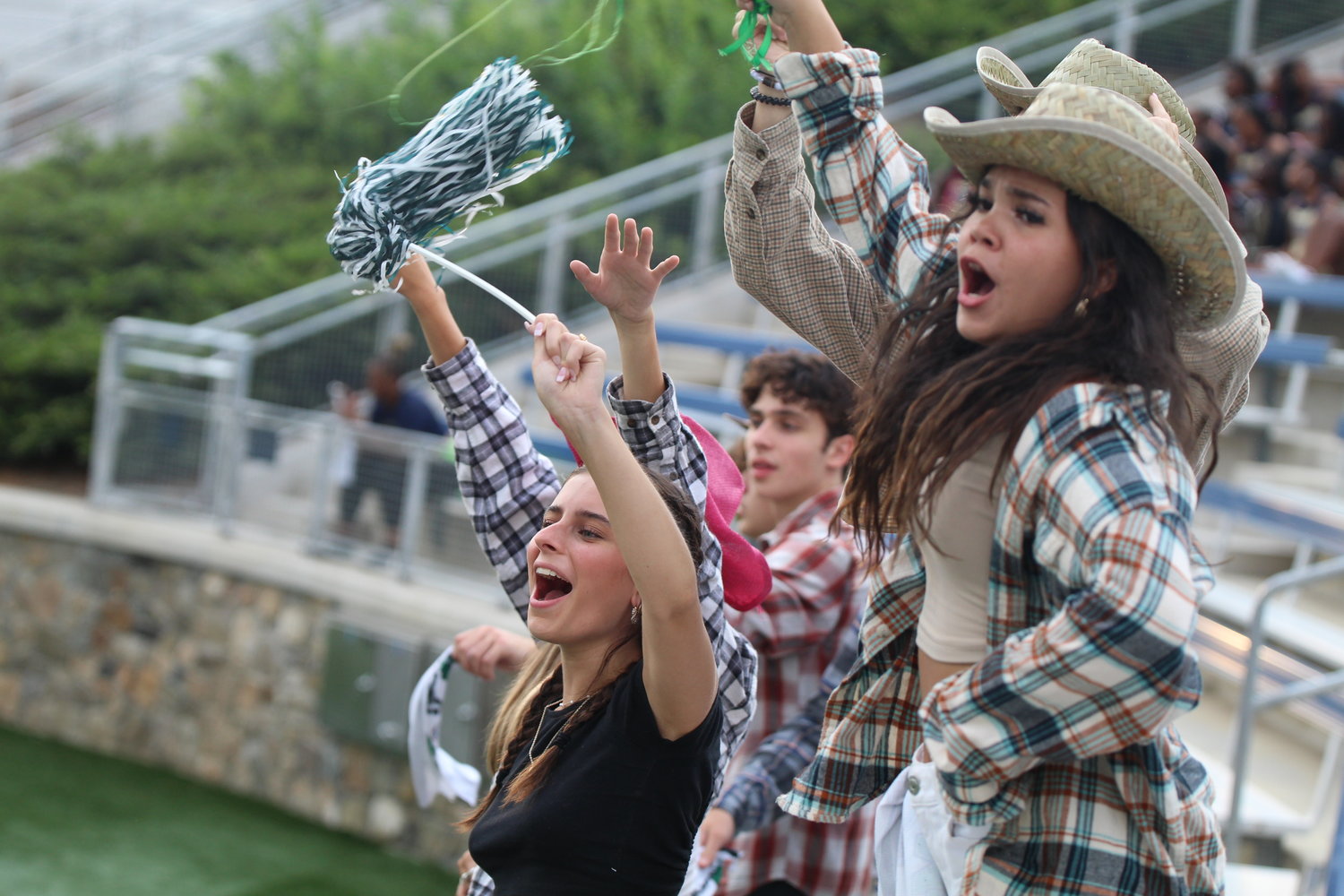 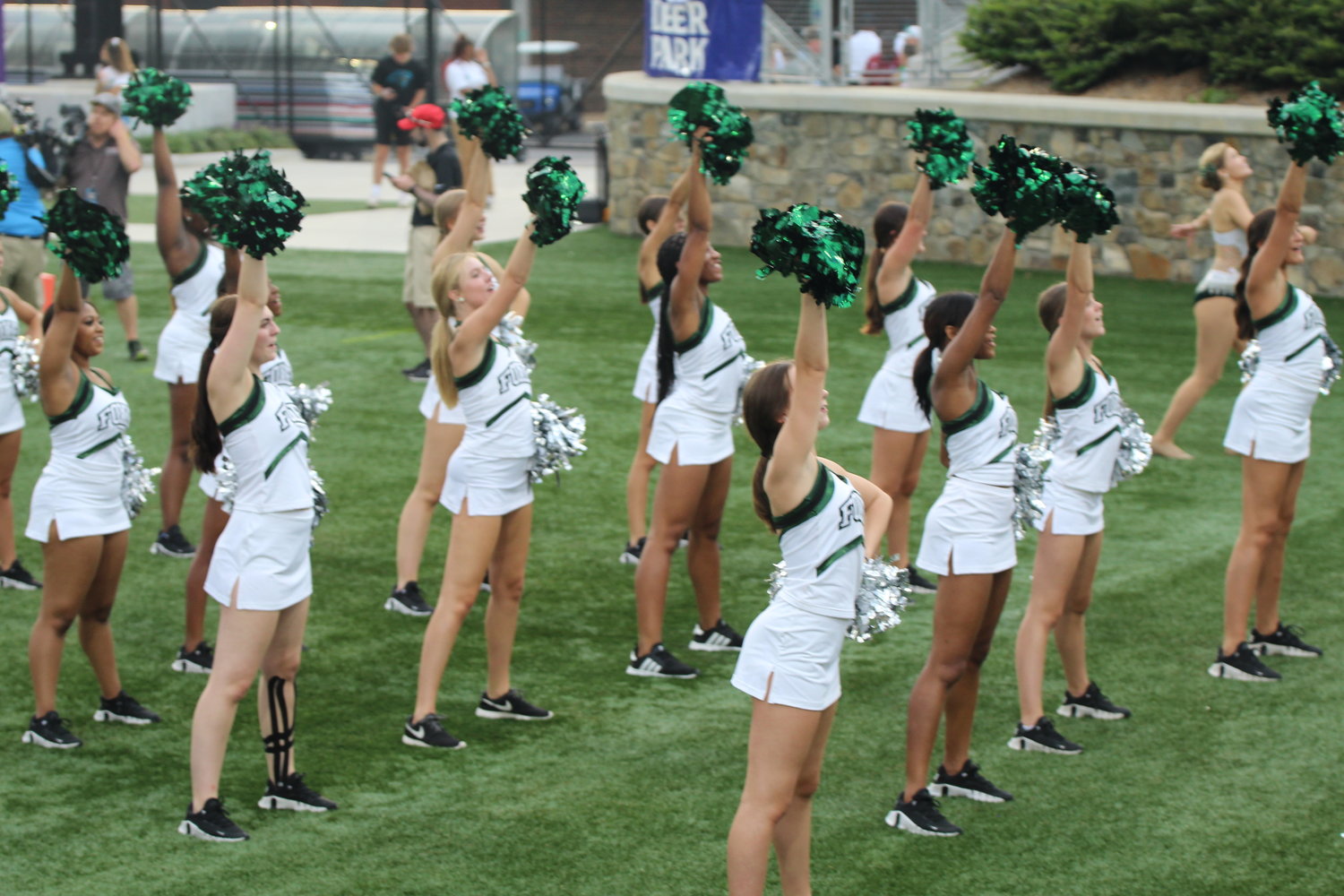 Winning away from home and in Charlotte is old hat for the Dutch Fork football team and head coach Tom Knotts, respectively.

The Queen City is where Knotts won eight of his 14 state titles in the Carolinas. He's built an equally dynastic program in Irmo which a Silver Foxes' team which, among its many accomplishments, has not lost a road game since 2015.

Thursday night at American Legion Memorial Stadium, both Knotts and Dutch Fork continued their winning ways, both in Charlotte and on the road. The second-ranked Silver Foxes held off Hough (N.C.) 27-24 at the Charlotte Kickoff Night.

It was the 35th consecutive road win for Dutch Fork (1-0), which got two touchdowns offensively from senior running back Jarvis Green and quarterback Aliam Appler. The defense also forced three turnovers, two on interceptions by J'Von Mack, and was led by Tyler Jones' eight tackles.

"We missed a lot of layups," Knotts said. "They're a good, talented football squad. Our defense I think played lights out until they got a little bit tired at the end. But I think it was a good start to high school football season. It's always good to get that W that first game."

Dutch Fork trailed 9-7 at the half as it committed two costly turnovers. The first one on an Appier fumble lost during a sack came as the Silver Foxes looked to answer the first of three field goals by Nolan Hauser.

Hough capitalized with a second field goal by Houser from 39 yards to extend lead to 6-0 with 4:08 left in 1st quarter.

On Dutch Fork's next series, Appler turned a fourth and 2 into a 42-yard touchdown pass to Jacob Hamilton to take a 7-6 lead with 50 seconds left in the first quarter.

Midway in the second quarter, Houser connected from 48 yards for his third field goal of the game. After an interception by Mack and Appler converting a fourth and 2 with less than a minute left, Dutch Fork had the football at the Hough 15.

As wide receiver Isaiah Jones looked to turn a screen pass into first down, he was stripped of the football. Hough recovered around the 6-yard line with 30 seconds left and ran out the clock in the first half.

The Dutch Fork defense set the tone in the second half by holding Hough to a quick three-and-out. On second down, the offense turned to trickery as Appler threw a lateral pass to Hamilton who found an open Matthew Walker downfield for a 49-yard gain.

Green closed out the drive with a one-yard touchdown run to regain the lead for Dutch Fork at 14-9.

After a missed field goal by Justin Welch, the Huskies drove the football to the Dutch Fork 38 entering the fourth quarter. Quarterback Tad Hudson looked to convert a third-down pass downfield, but instead found Mack again near the Hough sidelines.

"It was all gametime, scout team," Mack said. "We had weeks of preparation. The scout team did good this week. What I did was just little. It was a team effort. It was so much we had to do."

Dutch Fork capitalized as Appler found Hamilton for a 37-yard reception. He then ran a 34-yard keeper down the Silver Foxes sidelines untouched into the end zone to extend the lead to 21-9 with 4:08 left.

It appeared Dutch Fork had the game in hand, but Hudson converted a fourth and 16 with a 23-yard pass to J.T. Smith to the eight-yard line. Following a personal foul penalty on Dutch Fork, Smith ran twice for four yards and a touchdown to bring the Huskies within 21-16 with 2:25 left.

Hough employed an onside kick, looking to set up a final game-winning streak. Instead, Green leaped to field Hauser's kick and raced down the sidelines 40 yards for the touchdown.

A failed two-point conversion gave Dutch Fork a 27-16 lead with 2:11 left. The Huskies managed another scoring drive capped by a six-yard touchdown pass by Hudson with 25 seconds left.

After the two-point conversion, Hough set up for another onside kick attempt. It was unsuccessful once again as the ball bounced off the hands of a Huskie player and was downed by the Silver Foxes.

Appler took a knee to run out the final seconds on Dutch Fork's latest road win. It stays on the road next week to face Spartanburg.

"I'm always in a sprint," Knotts said. "But this season is a marathon and this team needs to realize that it's a marathon. We don't need to implode right now. Win, lose or draw here against this tough schedule, we got to just keep learning, keep learning, do good in the region and then, we owe some people in the playoffs."