Putting together a challenging non-region schedule has proven to be a winning formula for Gray Collegiate Academy. 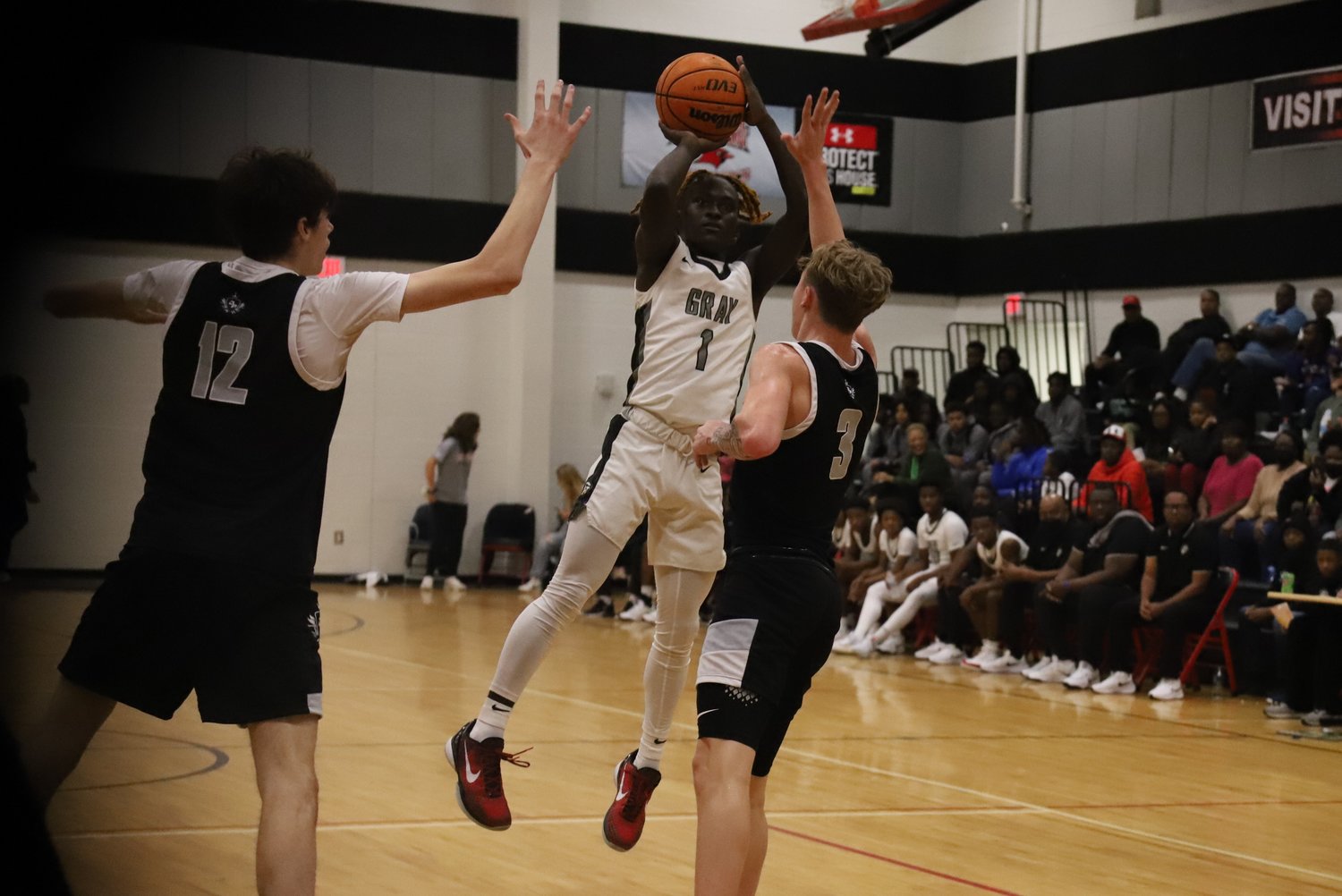 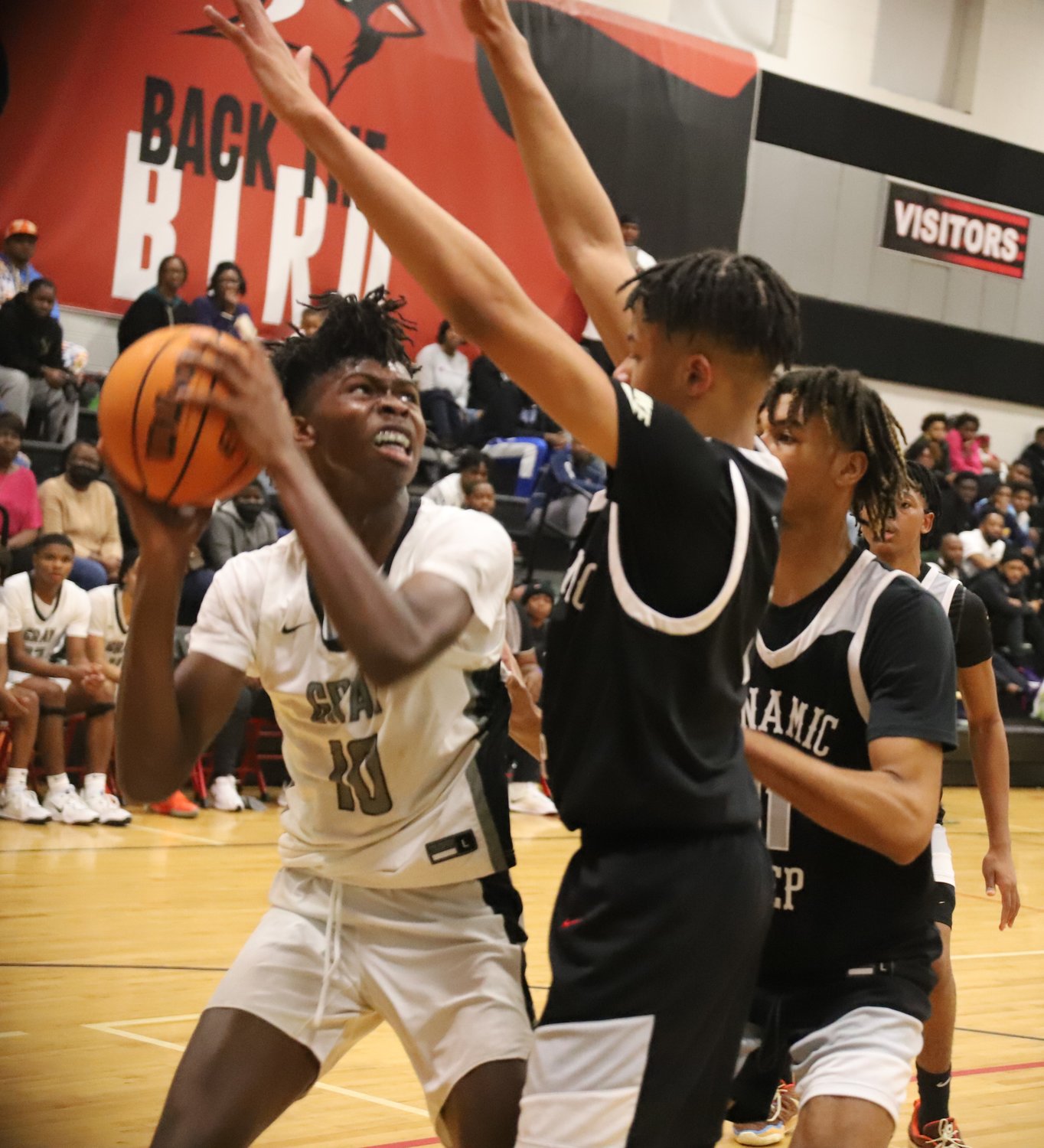 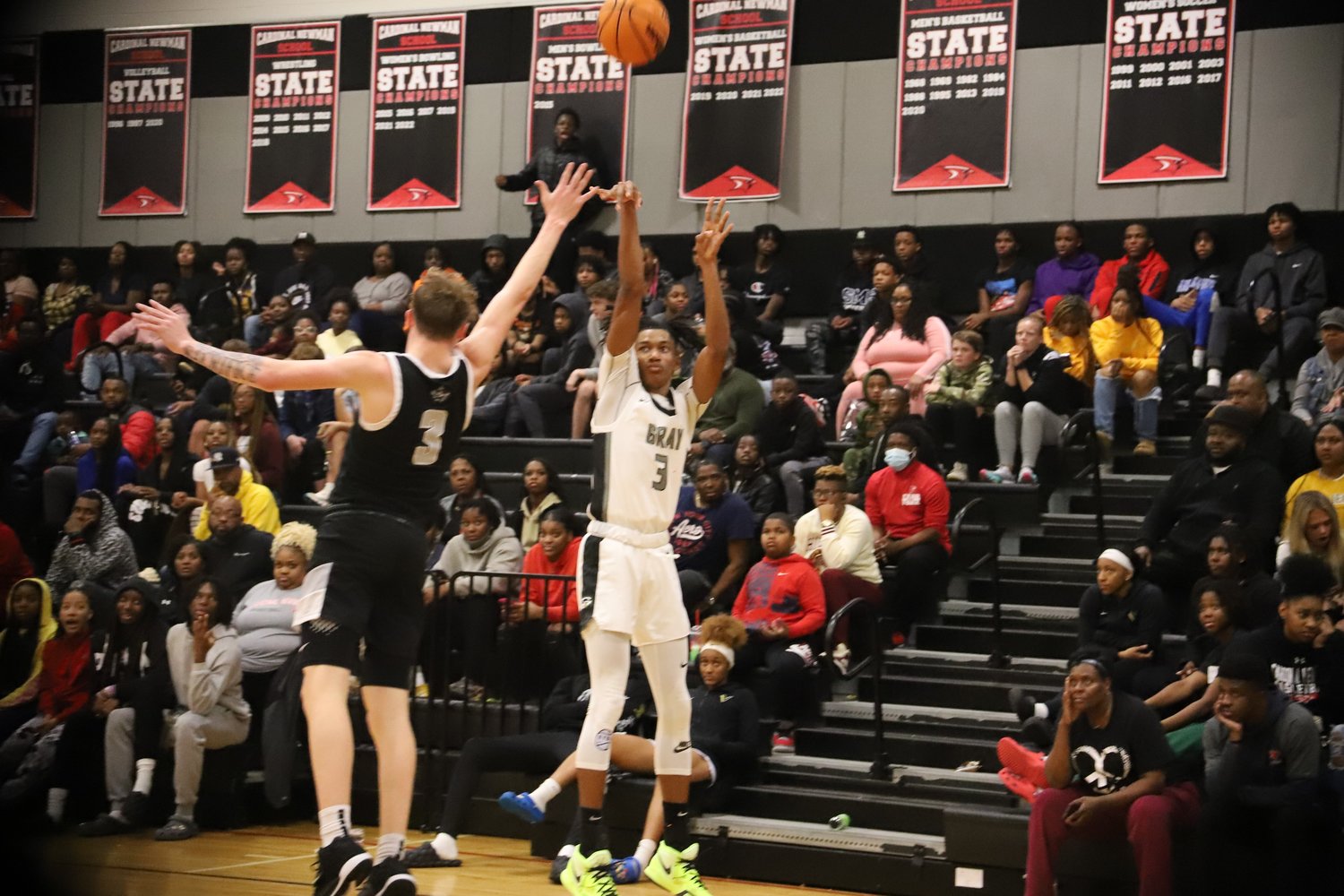 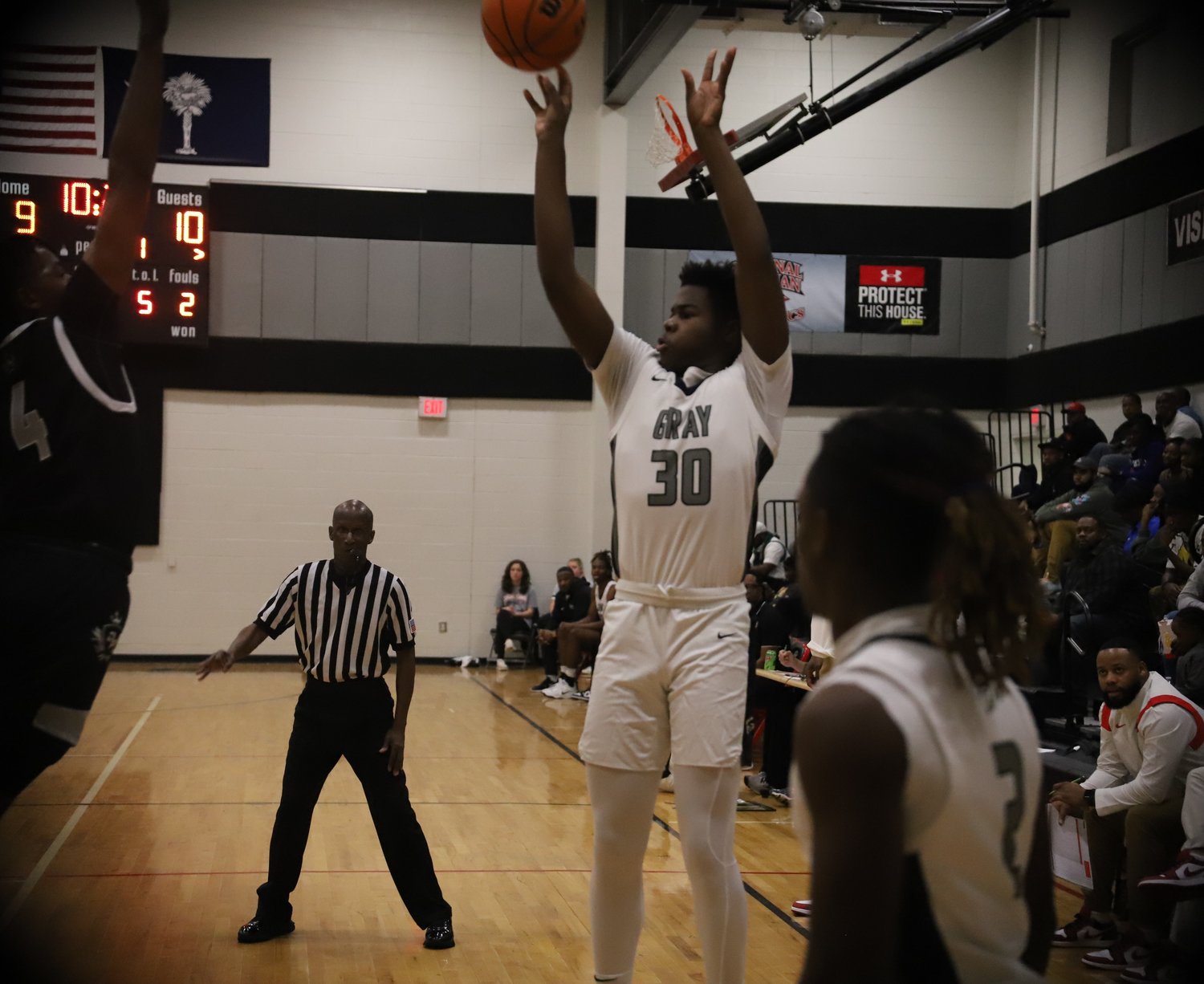 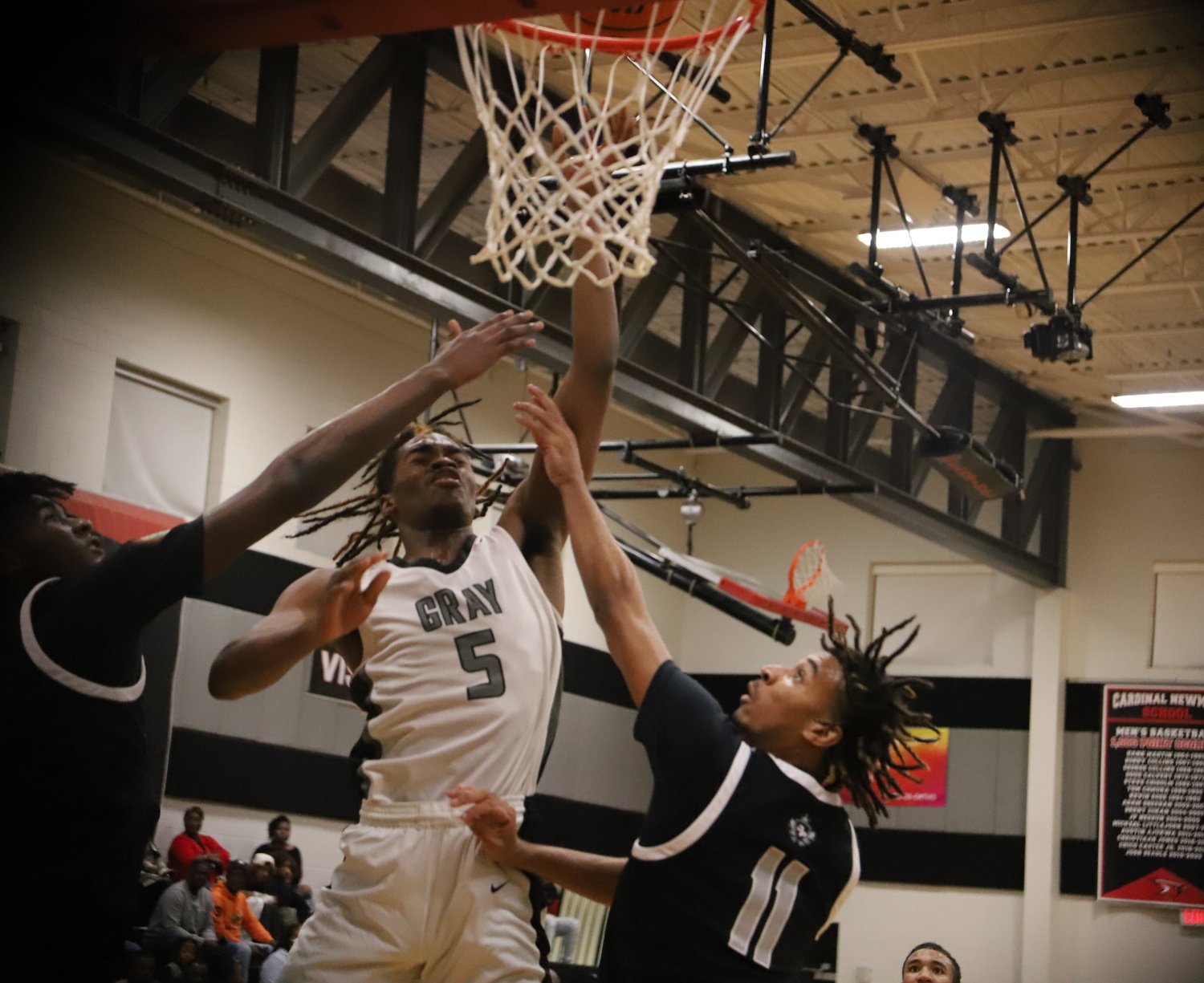 Putting together a challenging non-region schedule has proven to be a winning formula for Gray Collegiate Academy.

Whether in-state powers or out-of-state teams with highly recruited talent, head coach Dion Bethea believes such games will mentally prepare his War Eagles in defending their Class 2A title.

Gray Collegiate squared off against fellow unbeaten Dynamic Prep on Dec.3 in the Cardinal Newman Hoop-ology Showcase. The Irving, Texas team is coached by former Eau Claire High School legend and NBA center Jermaine O’Neal whose son Jermaine Jr. is a four-star sophomore prospect at small forward according to 24/7 Sports.

Against the War Eagles, it was O’Neal Jr.’s teammates who stepped up in the 59-46 win. Leroy Kelly II and Dallas Hobbs both scored 16 points and Jaden Toombs added 13 to lead Dynamic Prep to their second win over a charter school at the 3-day event.

O’Neal Jr. finished with five points but was still named Co-Player of the Game along with Gray Collegiate’s Ellis Graham. Montravis White was the lone War Eagle in double figures with 16.

Afterwards, Bethea called his team a “work in progress” and expects his team to be different when “January rolls around”.

The game was tightly contested through the first 27 minutes. A three-pointer by Mychel Mitchell at the buzzer gave Gray Collegiate a 31-30 halftime lead.

The two teams exchange the lead several times through the second half. After a jumper by White brought Gray Collegiate to within 45-43 with 5:47 left, Dynamic Prep (4-0) closed out the game with a 14-3 run for the victory.

“When you play for the legend, George Glymph, I'm pretty sure you're going to have some coaching in your blood,” Bethea said. “So yeah, you know, Jermaine is doing a great job out there in Dallas, man, you know, to see him on the sidelines, it's a beautiful thing. His knowledge of the game and the experience that he had an NBA and him passing that on to those kids is a beautiful thing.”

The Wildcats suffered their first loss of the season at the hands of the Cougars of Concord, N.C. They return to action Dec. 7 at Swansea.

Omari Caldwell scored nine points and Yasir Cromer added eight as the Gators edged the Eagles in The Swamp.

It was a familiar storyline at the CNHY Showcase for the fifth-ranked Lady Wildcats.

They trailed early, only to storm back to take the lead before earning the victory. This time, however, Lexington made sure the Lady Skyhawks did not force overtime.

Lindsay Garner led all scorers with 23 points. Jaleya Lytes had a career-best 19 points and Evie Godfrey finished with nine points for Lexington (6-2).

Senior point guard Jenna Yanity had nine points and was named Player of the Game for the second time at the Showcase. Up next is a Dec. 7 home game against Sumter in a rematch of last year’s third-round Class 5A Lower State playoff game won by the Lady Gamecocks.

Even players for champion Dutch Fork are struggling with recruiting challenges