The scene was relatively quiet Jan. 18 inside the new Gray Collegiate Academy gymnasium. 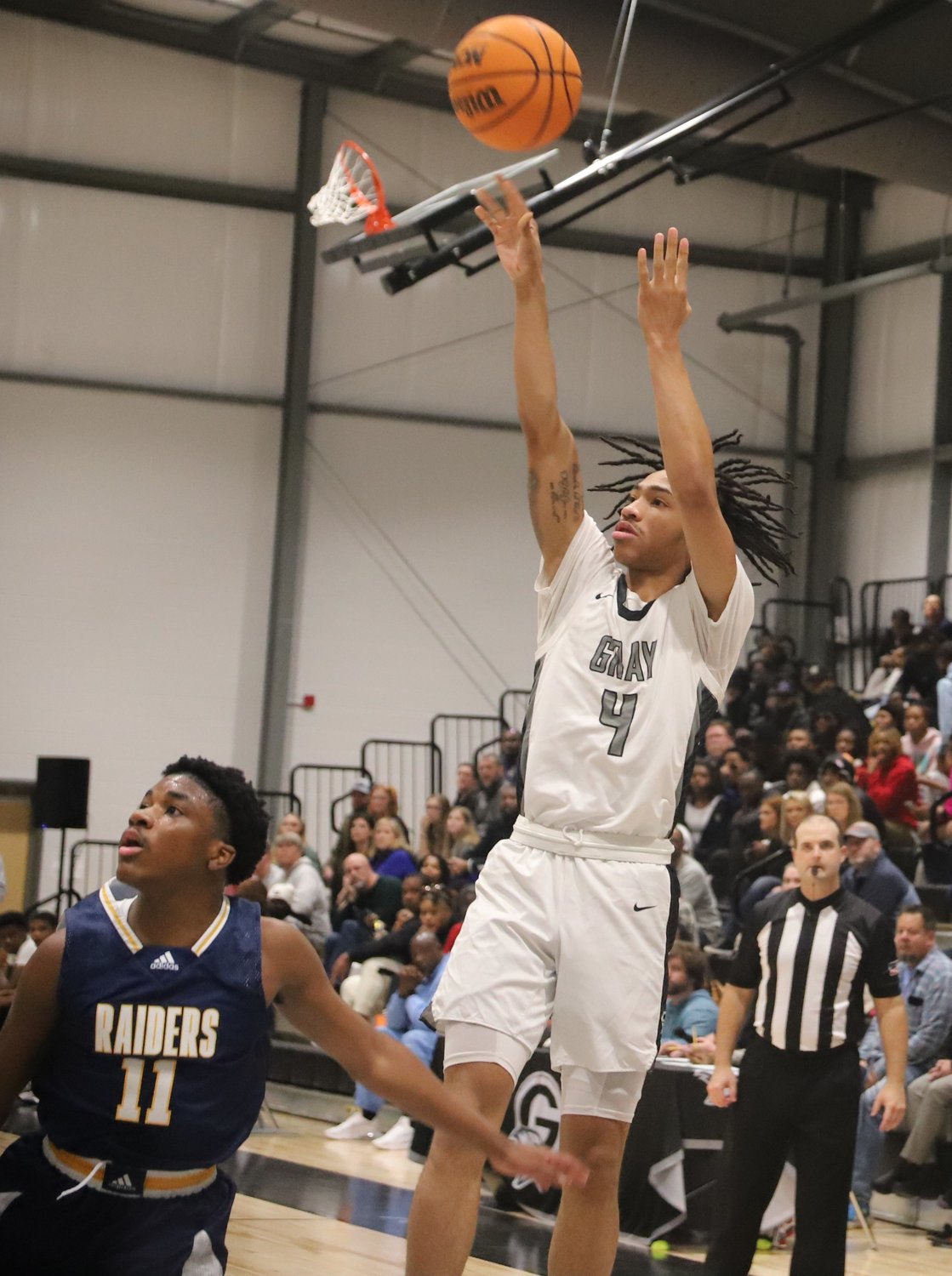 The scene was relatively quiet Jan. 18 inside the new Gray Collegiate Academy gymnasium.

A night earlier when emotions ran high during the varsity basketball doubleheader between the host team and W.J. Keenan.

Things grew especially intense during the boys  game. With 15.3 seconds left and the Raiders holding a 55-50 lead, the mood turned serious as a dire scenario played itself out.

After getting hit to the floor following a missed basket, Gray Collegiate Academy senior guard Mychael Mitchell began having convulsions. As he began experiencing a seizure, blood started to flow from his nostrils, prompting his parents and athletic trainers to rush to the floor.

Mitchell was administered CPR as he apparently stopped breathing for a brief moment. He was revived and eventually was able to be assisted out of the gymnasium to Lexington Medical Center.

Both head coach Dion Bethea of Gray Collegiate and Zach Norris of W.J. Keenan agreed to stop the game. Unless there’s a continuation, W.J. Keenan will claim the victory and a half-game lead in the Region 4-2A standings.

Bethea said a final decision on the Jan. 20 rematch in Columbia should be made a day earlier. It’s the WACH 57 Sonic Friday Night Rivals Game of the Week. His biggest concern was for Mitchell, whom he said was resting comfortably at home awaiting further tests.

Meanwhile, Gray Collegiate principal Brian Newsome released a statement. After thanking media for the hard work and “positive light you shine on our school, programs, coaches and athletes”, he provided further information on what occurred:

“I wanted to share some details regarding an incident last night at the basketball game.  If you were not there, one of our basketball playerssuffered an injury that was very traumatic to view. It was one of the worst I have ever seen, and many of our students and parents were upset during and after the incident.  I am happy to report that the student is doing well today; However, I want to offer my support to all students that attended the game last night.

“Our teachers at Gray are ready to provide grace and support in every way possible.  I can’t thank our medical professionals enough, from our Athletic Trainer, Madison Keim to Nurse Rea, and Courtney Tucker (mother of Avery) that came out of the stands to provide support.  We also appreciate the assistance from Lexington County's officers, firefighters, and emergency personnel that responded.  We are prepared and plan for incidents that can happen at a practice or game, and I am proud of the entire team for their support.

“From our coaches that directed traffic, law enforcement who assisted our crowd exit with ease, our Athletic Director, Adam Holmes, and various other faculty and staff members.  Everyone performed their duties so we could act quickly to provide the student and family with the support they needed. We hope injuries never happened. However, rest assured that we have a plan in place and that was very evident last night.  Please keep all our students and families in your thoughts and prayers in the days to come.”