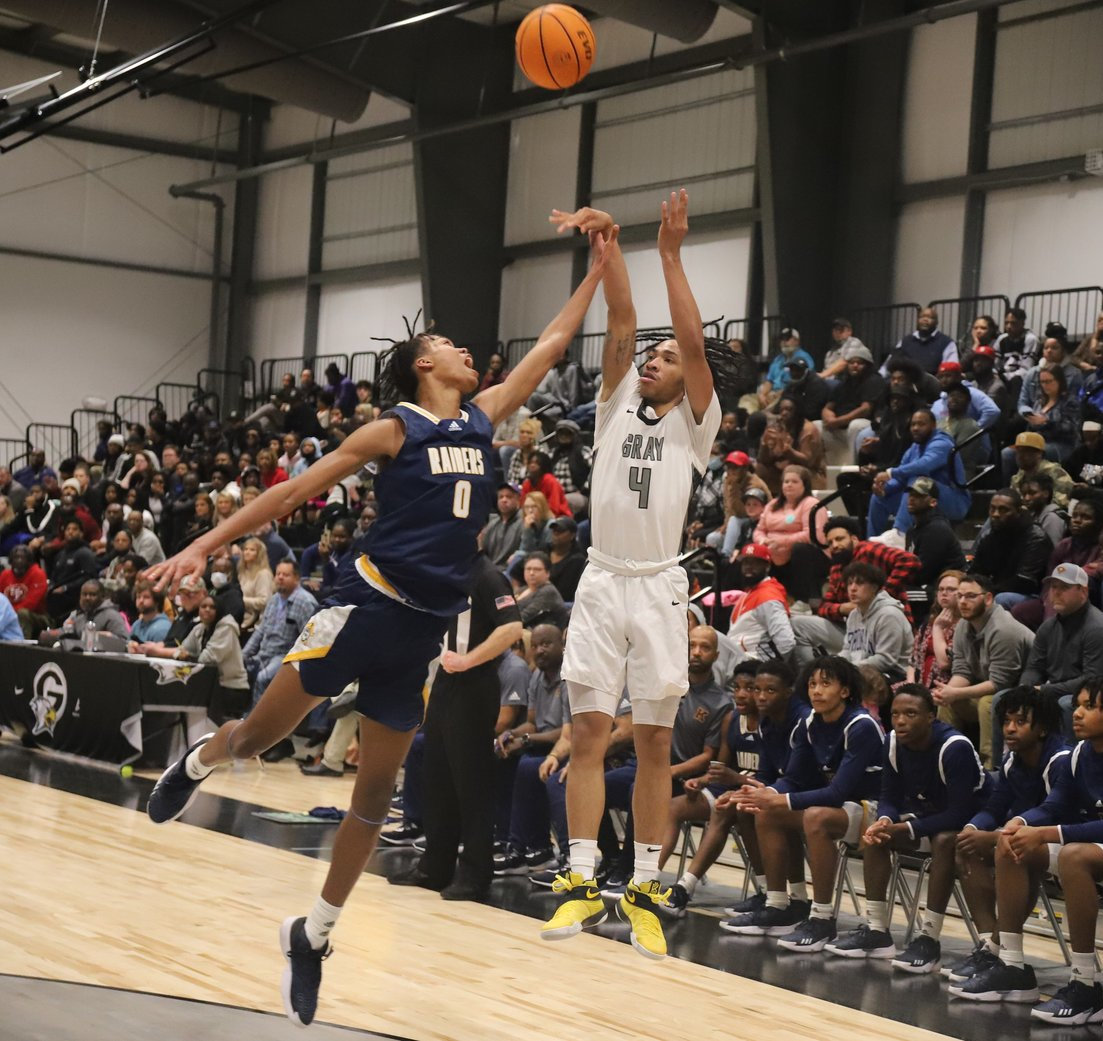 Top-ranked Gray Collegiate trailed 55-50 when Mitchell was knocked to the court after missing a short attempt to the basket. As players from both teams battled for the ball with 15.3 seconds left, the game was stopped as Mitchell started uncontrollably shivering under the basket.

Blood quickly began flowing from his nostrils as the school athletic trainers and Mitchell’s parents hurried to his aid. At one point, one of the trainers performed CPR on Mitchell and an AED was quickly rushed to her side.

It was unsure whether an inadvertent elbow or Mitchell hitting his head on the gym floor caused the seizure.

“Just seeing him like that, I was telling the coaches it was hard for me because he stopped breathing,” Gray Collegiate head coach Dion Bethea said. “That was scary.”

Mitchell was able to breathe on his own following the CPR. He even had to be restrained after yelling and physically resisting treatment. He eventually calmed down and was helped off the court onto a chair where the trainers and parents continued to treat him before the arrival of Emergency Medical Services.

By this time, fans were ordered to clear the gymnasium and the two head coaches Dion Bethea of Gray Collegiate and Zach Norris of W.J. Keenan agreed to halt the game. With the two teams scheduled to meet again Jan. 20 at Keenan, it’s unclear whether they will complete the first game.

If the results stand, the loss will snap a 22-game region winning streak dating back to Jan. 10, 2019 for the War Eagles. It would also be their first home region loss in school history and dropped their all-time region mark to 53-2.

After an emotional Bethea met with his players, he made plans to visit Mitchell at the hospital.

Bethea said the most important thing right now for his team is Mitchell’s health and “staying together”. He expects them to “play hard” for Mitchell in the upcoming rematch with the Raiders.

The incident at Gray Collegiate comes when the nation is especially cognizant of such mid-competition medical emergencies, as Buffalo Bills wide receiver Damar Hamlin collapsed and went into cardiac arrest following a hit during a Jan. 2 Monday Night Football contest against the Cincinnati Bengals.