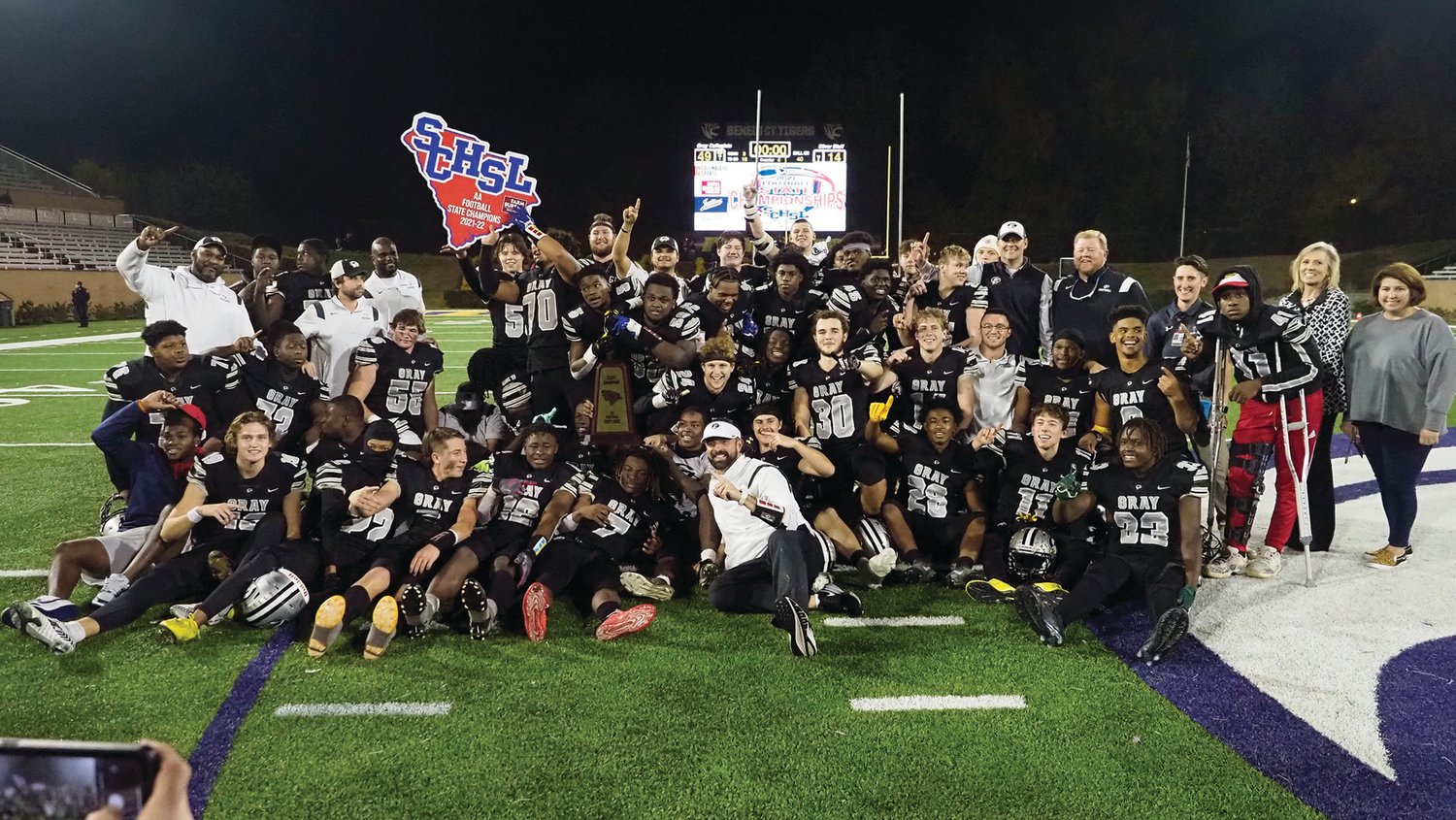 The Gray Collegiate Academy with the Class 2A championship.
George Y. Matsui
Previous Next
Posted Tuesday, August 16, 2022 10:00 am
By Thomas Grant Jr.
thomas@lexingtonchronicle.com

The War Eagles, who enter the Aug. 19 season-opener at sister school Oceanside Collegiate with a 10-game winning streak, claimed nine of the 11 first-place votes. The Landsharks and Abbeville claimed one first-place vote each.

There were two Chronicle County teams ranked in Classes 5A and 3A, respectively. Dutch Fork was ranked second to defending champion Gaffney and received one first-place vote, while Lexington was ranked ninth.

The Silver Foxes open the season Aug. 18 at Memorial Stadium in Charlotte against Hough. The Wildcats, who had the state’s most improved record last season from winless to nine victories, travel to West Florence the following night.

In Class 3A, Region 5-3A rivals Brookland-Cayce and Gilbert placed fifth and eighth, respectively. The Bearcats open the season Aug. 19 at J.F. Byrnes, while Gilbert is one of three Chronicle Country teams who will open play a week later.In other prep football news, Pelion now has the distinction of the earliest season-opener. The Panthers head to Rowesville at 6:30 p.m. Aug. 17 to face Bethune-Bowman.

Tickets for the road game are only available at mohawks4life.com.