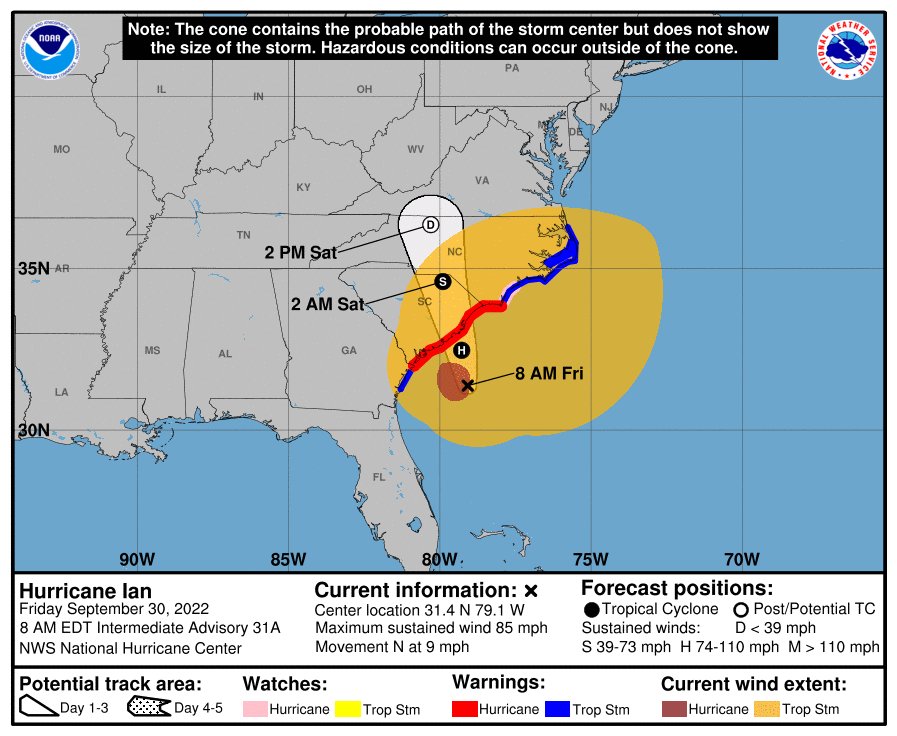 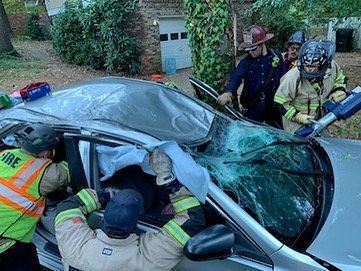 The Irmo Fire Service and Lexington County EMS responded to a car that was hit by a fallen tree as a result of winds brought by Hurricane Ian.
Provided
Previous Next
Posted Friday, September 30, 2022 10:39 am
By Jordan Lawrence
jordan@lexingtonchronicle.com

Hurricane Ian made South Carolina landfall as a Category 1 storm south of Georgetown.

During a briefing from Gov. Henry McMaster that started a little after 12:30 p.m. Friday, John Quagliariello, warning coordination meteorologist at NWS Columbia, said the hurricane had sustained 85 mph winds as it moved toward the coast.

"This is something where people need to use their own judgement," McMaster said, emphasizing that people in affected areas should stay inside and off the roads if they can, and that he would hold another press conference to advise when the threat has subsided.

"If it's dangerous outside, they should not go."

According to the latest advisories from the National Weather Service, winds between 20 and 30 mph with gusts up to 50 mph can be expected in the county today, with the potential for wind to reach speeds up to 57 mph.

“Move to safe shelter before the wind becomes hazardous,” the advisory reads.

“Strongly consider protective actions, especially if you are in an area vulnerable to flooding,” the advisory reads.

A tropical storm warning remains in effect for the county.

The Irmo Fire District reports that it responded to a car that was hit while in motion by a large pine tree that fell due to the windy conditions.

“The vehicle’s roof was crushed, injuring the driver and trapping her inside. The vehicle continued down Piney Grove several hundred yards, coming to rest in a yard against another tree,” the district posted to Facebook. “Lexington County EMS treated the patient while Irmo Fire crews cut her out of the vehicle. She was taken to the hospital and is expected to survive.”