The Irmo Okra Strut is back for its second year after being paused by the COVID-19 pandemic, and it has dreams of getting even bigger in the future. 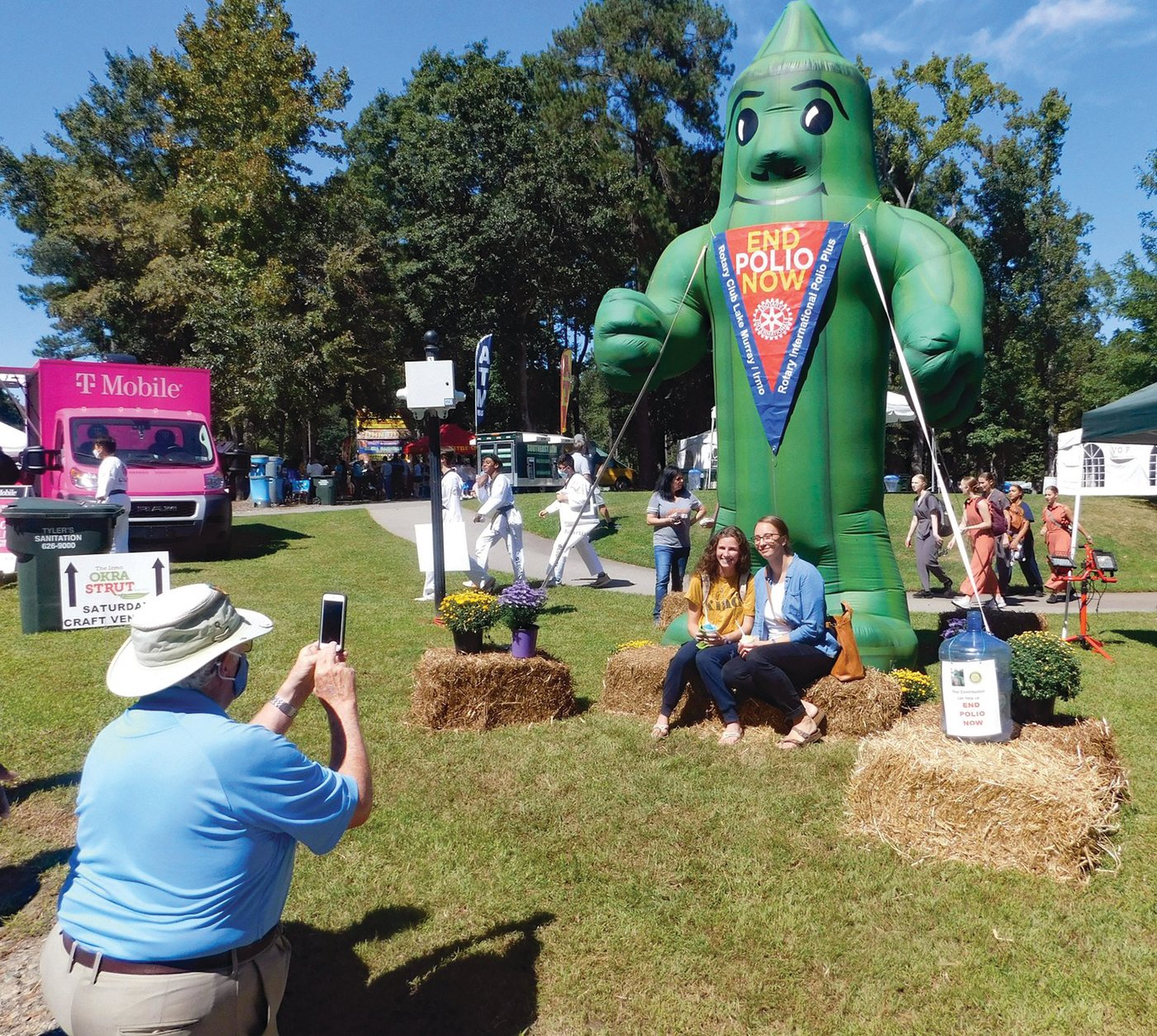 The Irmo Okra Strut is back for its second year after being paused by the COVID-19 pandemic, and it has dreams of getting even bigger in the future.

The festival, the signature event for the town that straddles the counties of Lexington and Richland, returns for its 48th-annual outing Sept. 23-24, bringing all the aspects people have come to expect from the event, including a music lineup headlined by some regional favorites, rides and a parade.

The Okra Strut will take advantage of additional space, as the town recently purchased land adjoining Irmo Community Park, which is set to more than double the size of the recreation area once it is completed.

John Lindower, chair of the Okra Strut Commission, told the Chronicle that the new land isn’t ready to be used for proper festival programming, but the event is using the expanded area to help with parking, which he said is “sorely needed.”

Irmo’s large-scale festival receives an average of 25,000 guests annually and has reached upwards to 60,000 in past years, according to the event’s website, which means a lot of vehicles. The event is expected to receive guests from all over the state as well as Georgia and North Carolina.

“In future years that [expansion] will give us additional space for vendors, food vendors, more amusement rides, that sort of thing,” Lindower said.

The Okra Strut has a rich history within Irmo. It began with the Lake Murray Women’s Club selling fried okra to raise funds for the first Irmo Library. As the years went on and the festival grew, the Town of Irmo and the Okra Strut Commission took over and now hosts the annual family event.

Additionally, the festival will give festival goers a chance to conduct their own orchestra, as the S.C. Philharmonic brings its Conduct the Phil program to the festival following the Saturday morning parade.

“This is a great showcase of Irmo, and the best part of Irmo is the people of Irmo and we have people that live right there in Irmo that come out to the Okra Strut,” Lindower said, emphasizing that elements like the parade, which he said is the longest-running parade in the state, are just as important as the touring entertainment.

Though the festival is in its second year after missing 2020 due to the pandemic, the virus isn’t yet a thing of the past. The town and the Okra Strut Commission are encouraging attendees to choose what’s best for their health. Hand-washing and hand-sanitizing stations will be provided throughout the park, and souvenir masks can be purchased in the merchandise area.

“It’s a safe event and I think people are looking for things to do, especially family-friendly things to do.” Lindower said.