The 400-capacity theater that regularly books acts that bely its small size brings in acclaimed comedian Tom Papa, who makes his Midlands debut at the venue Jan. 20. 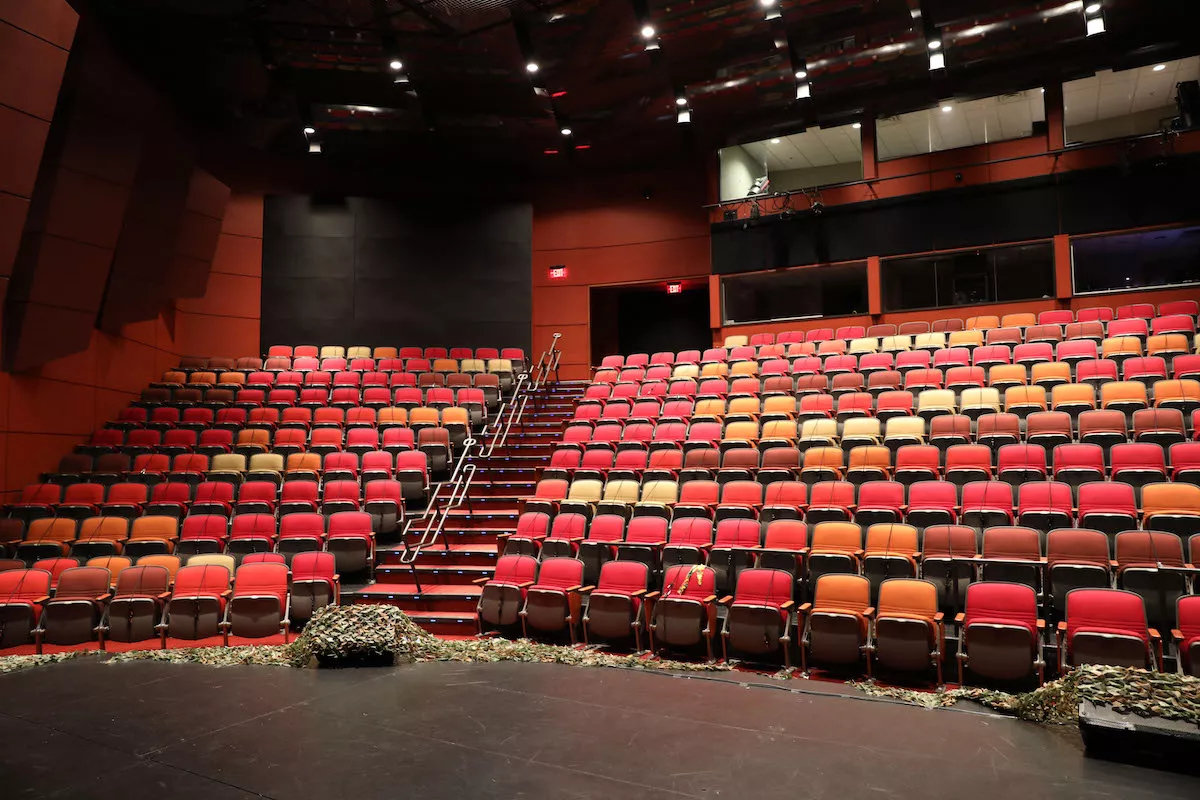 It’s the kind of first that’s become routine for the Harbison Theatre at Midlands Technical College.

The 400-capacity theater that regularly books acts that bely its small size brings in acclaimed comedian Tom Papa, who makes his Midlands debut at the venue Jan. 20.

The show is sold out, but there’s a lot more on the horizon for the second half of the theater’s current season — including locally rooted favorites in the realms of gospel (John Lakin) and Americana (Patrick Davis and His Midnight Choir) and the return of local music festival Thunderfest on May 6.

Kristin Wood Cobb, the theater’s executive director, said the midsize theater doesn’t like to repeat performances. But it also looks at what people enjoy and what fares well — if someone is really popular, the theater could take a look at bringing them back.

One thing that does remain steady is the theater’s dedication to teaming with other local organizations and arts leaders. Local jazz player Reggie Sullivan continues to bring his talent and connections to the HT@MTC series (as well as serving as the headliner for this year’s Thunderfest). The Columbia City Ballet (which brings the “Studio 54 Ballet” on March 30) and the S.C. Philharmonic (which brings another pops performance, “Best of Hollywood,” on May 13) are regulars, as is the SC Jazz Masterworks Ensemble (which returns Feb. 14 and April 15).

“One of the things that’s important is bringing diversity to the program,” Cobb said, adding the partnerships help greatly in this regard.

The theater ending up luring Papa to town started with discussion among the staff that they needed more comedy and variety acts.

“There was a combination of floating comedic names and a lot of people recognized [Tom Papa],” Cobb said.

The theater further ingrains itself in the local arts community by displaying area artists in its lobby, as it is currently with Michael Krajewski.

The theater closes out the month with the touring Broadway review “The World of Musicals” on Jan. 29.

Cobb said the touring cast is from various parts of Europe and presents classic and newer hits of Broadway shows.

A first-time show coming up for the theater is “Fairy Tales on Ice” on March 11.

Cobb said it will be the theater’s first ice show, likening the version of “Beauty and the Beast” to a smaller version of Disney on Ice.

The theater’s full upcoming calendar can be found at harbisontheatre.org.