Her son was murdered by an illegal immigrant

Chronicle reader John White emailed this with a request to share it wth other readers:

Agnes Gibboney, whose son Ronald da Silva was shot and killed by an illegal immigrant in 2002, told "The …

Her son was murdered by an illegal immigrant 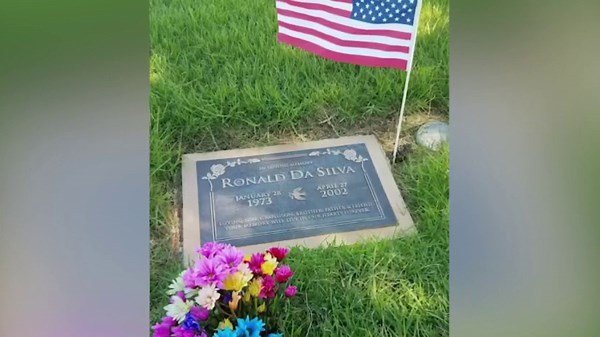 Chronicle reader John White emailed this with a request to share it wth other readers:
Agnes Gibboney, whose son Ronald da Silva was shot and killed by an illegal immigrant in 2002, told "The Ingraham Angle" on Fox News that President Biden's order halting all deportations for the next 100 days is "spitting on the faces of every legal immigrant in this country."
According to Gibboney, herself a legal immigrant  from Hungary, the practical effect of the order is that "we are no longer citizens. We are second-class citizens, and it's a disgrace."
"As of Jan. 20, [the] United States officially became the socialist United States of America," she said.
"We have a covid issue in this country. We need money to to help our country. But no, let's bring thousands more into our country who are not going to be able to contribute.
"n 1986, President Reagan gave an amnesty. Why don't we investigate those 3 million people and see how much they contributed to the economy of this country, see how many are in prison, see how many returned to their country of origin, and then decide if we're going to open the gate to let [in] a flood of millions of people that's going to become a burden on taxpayers. Our taxes are going to go up to maintain them."
She said she thinks about her son every day. Next Thursday will be his 49th birthday.
"I celebrate his birthday at the cemetery. No mother or father should go to celebrate their child's birthday caressing a cold stone on the ground.
"He should be here so I could hug him, so he could hug me back, so he can tell me Happy Mother's Day.
"I buried my son a week before Mother's Day. Does anybody in Congress, does anybody ever care about it?
"We went to [House Speaker Nancy] Pelosi's office. I left a picture of my son, of his gravesite. I left my cell phone, my email.
" I said, 'Would you please call me?'
"Do you think she called me? No.
"I don't have representation in Congress.
"None of us do."