Lexington County School Board Results Hold Up on Recount

A recount of votes in three competitive Lexington County school board races didn’t change the winners.

Lexington County School Board Results Hold Up on Recount 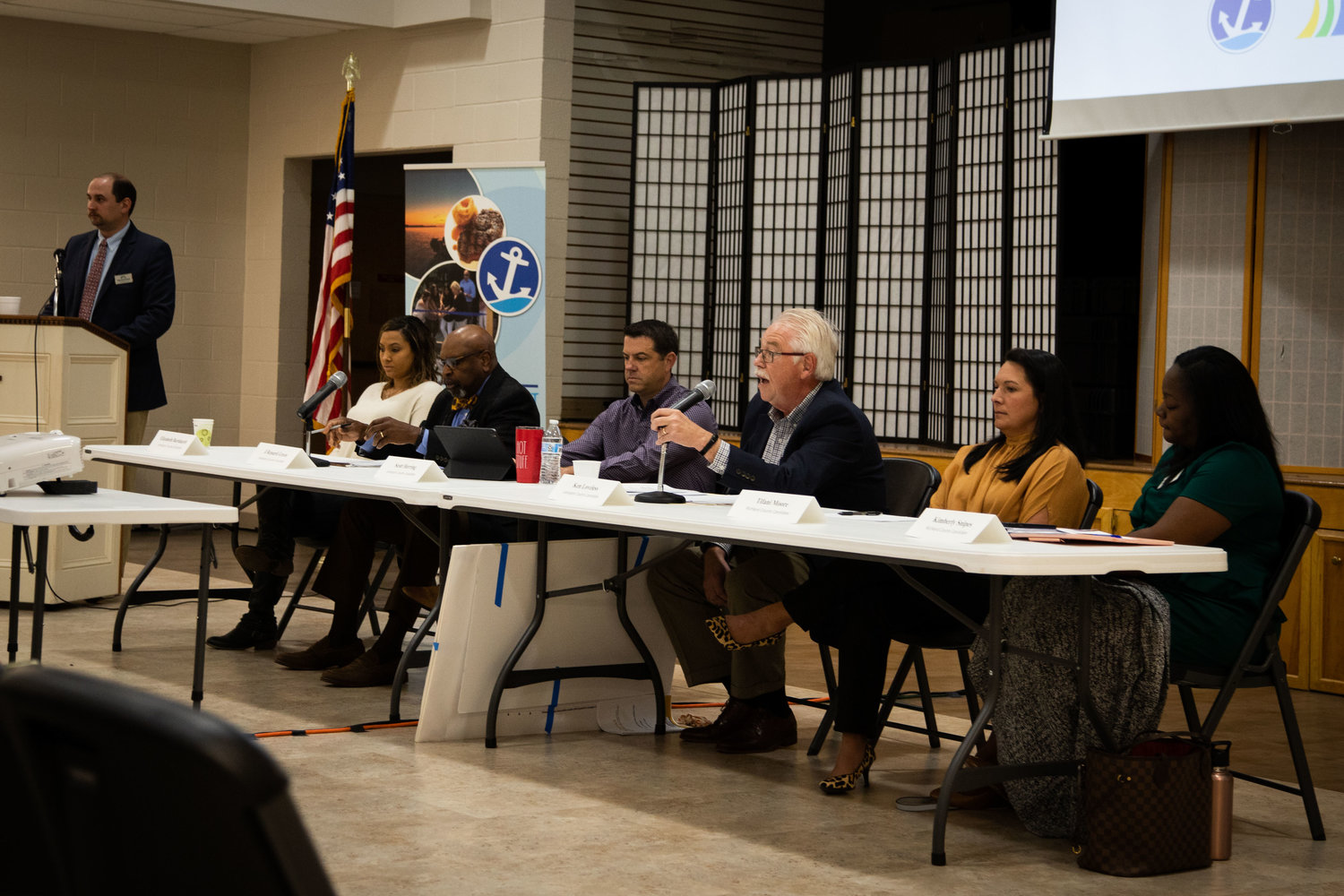 Candidates for the Lexington-Richland School District 5 Board of Trustees participated in a forum Oct. 19.
Kailee Kokes | Chronicle
Posted Thursday, November 17, 2022 8:25 am
By Jordan Lawrence and Kailee Kokes
news@lexingtonchronicle.com

A recount of votes in three competitive Lexington County school board races didn’t change the winners.

Unofficial results shared by the county's Registration and Elections commission show the slim margins holding up.

The razor-thin gap in the Lexington County School District 2 race for the third of three seats on the board held up, with former Board Member Kevin Key edging Chuck Hightower by seven votes, 6,169 to 6,162, to join current Board Chair Christina Rucker (7,880) and Board Member Linda Alford-Wooten (7,558) in securing seats.

“Excited and ready to get started,” Key said of winning the close race.

Asked about his priorities as he returns to the board, Key said, “Just wanting to get back to the basics of just teaching English and math and spelling. Just getting back to the basics and quitting all the other curriculums that’s trying to come into our area. And helping with security.”

Elaborating, he pointed to the South Carolina Freedom Caucus’ suit filed this week against Lexington County School District 1. The group of hardline conservative lawmakers allege the district uses critical race theory to shape its curriculum in violation of state law.

Hightower said the people made their decision.

“They made their choice, and guess what? I gotta move on to other things,” he said. “My best of luck to everyone that was elected.”

The slightly wider margin in the race for two seats representing Lexington County on the Lexington-Richland District 5 board also held up, with 14 votes separating Mike Satterfield (7,380) from incumbent Ken Loveless (7,366). Elizabeth Barnhardt, whose lead was larger than the Chronicle previously stated before the recount, was the top vote-getter with 7,486.

With Loveless’ loss, all incumbents up for re-election in Lexington-Richland 5 have failed to retain their seats, as Kimberly Snipes and Kevin Skully solidly beat incumbents Nikki Gardner and Tifani Moore for seats representing Richland County.

“Had all incumbent members won their races, I wouldn't have an opportunity to serve,” Snipes told the Chronicle. “It's surprising that we are getting all new board members as a result of the recent election, but I'm excited to work with current board members and those who are newly elected. There's still some institutional knowledge on the board and you have some fresh perspective in the room, as well.”

“I am thrilled that Chris Rice and Beth Shealy were elected,” Coker told the Chronicle. “They both will be wonderful board members and assets to the District. While I am surprised by the close results between myself and Katie McCown, it’s not the first time a seat has been decided by a narrow margin. I’m honored that over 10,000 Lexington 1 parents, teachers/staff, and community members thought I would be a good school board member.”

Shealy said she looks forward to serving the district’s students.

“I’m very honored, excited and grateful to our community for selecting me,” Shealy said

McCown and Rice didn’t immediately respond to the Chronicle’s requests for comment.