Hall of Fame Night at Lexington High School was capped by a victory Friday over another ranked county rival Gilbert. 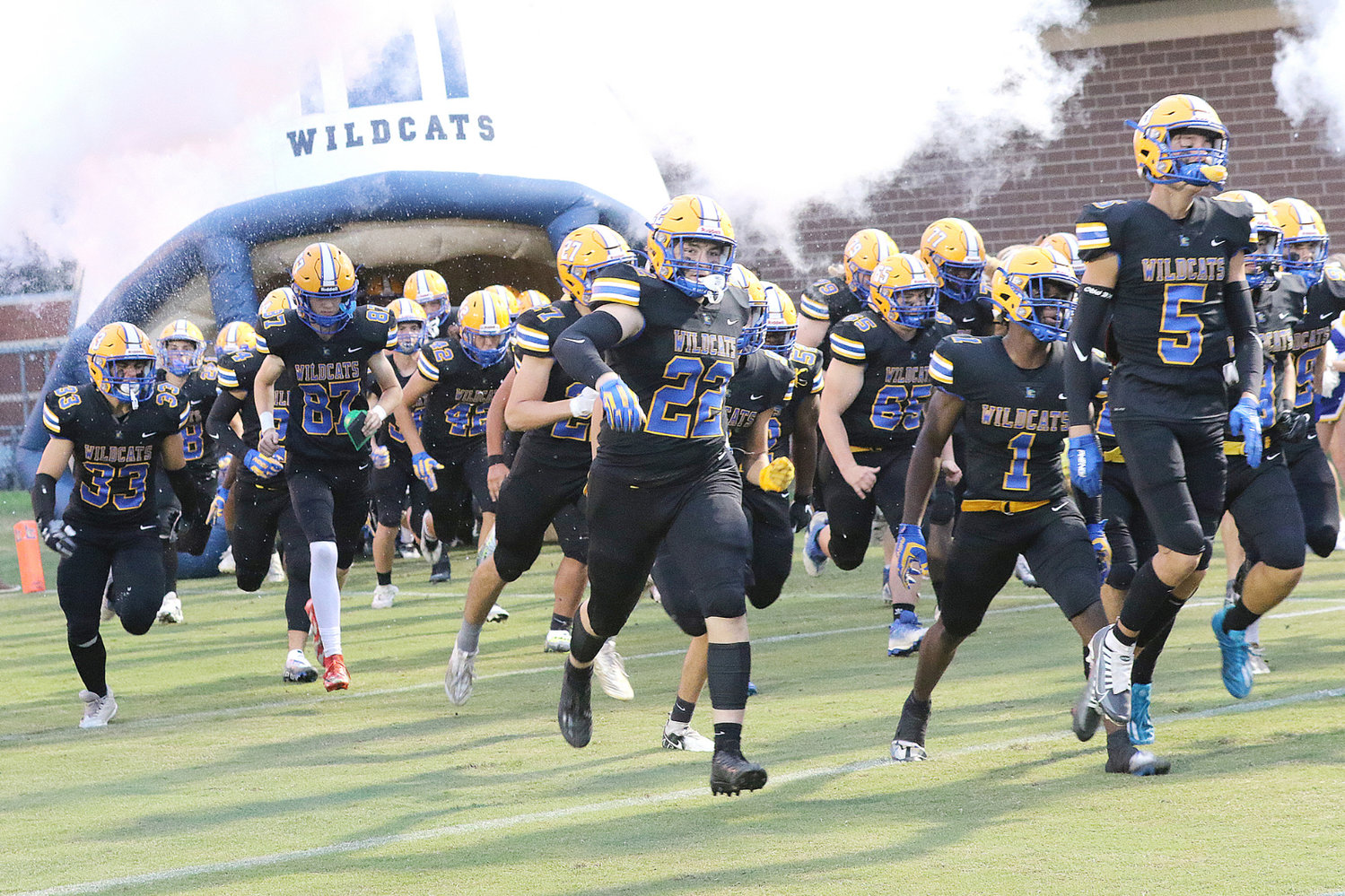 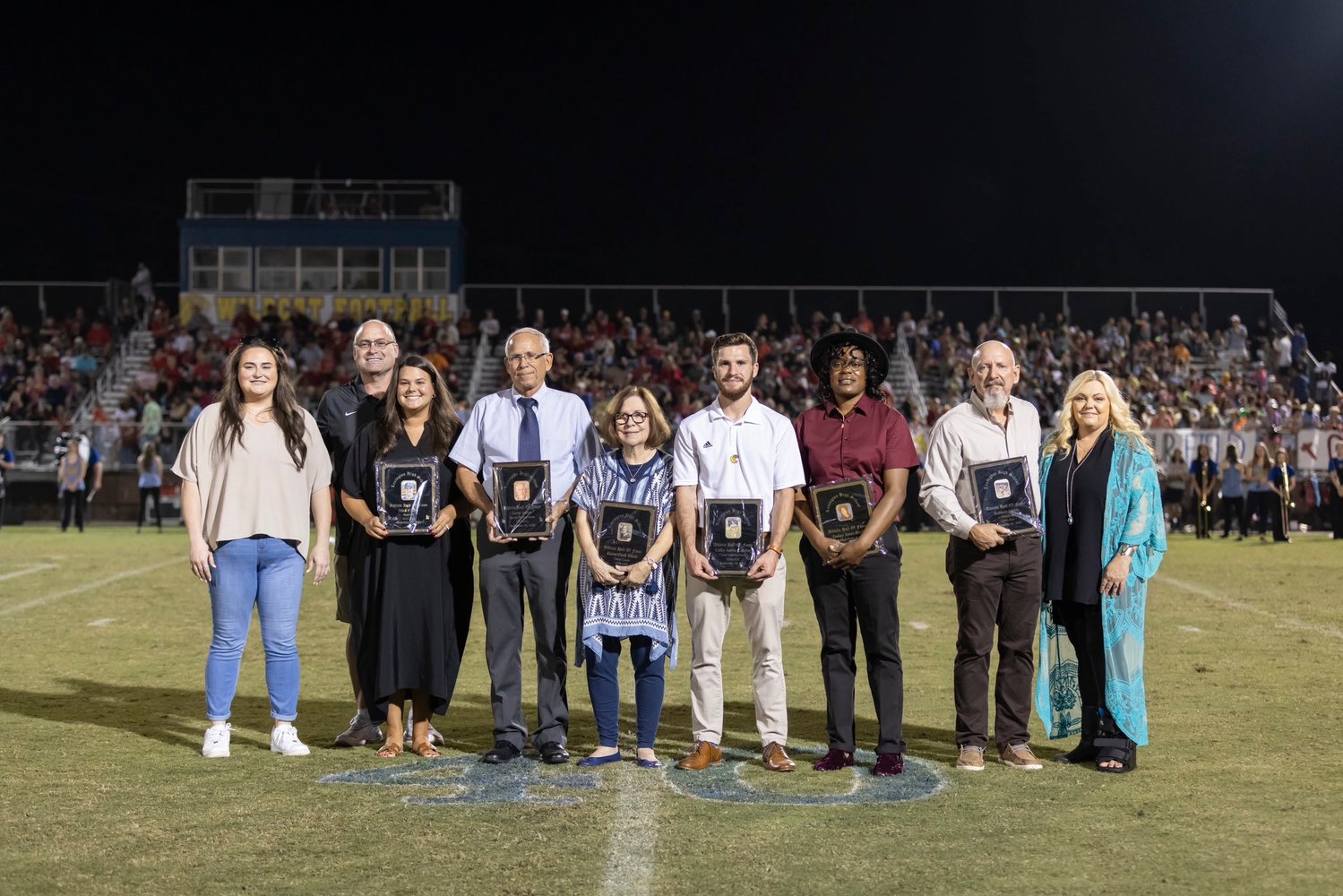 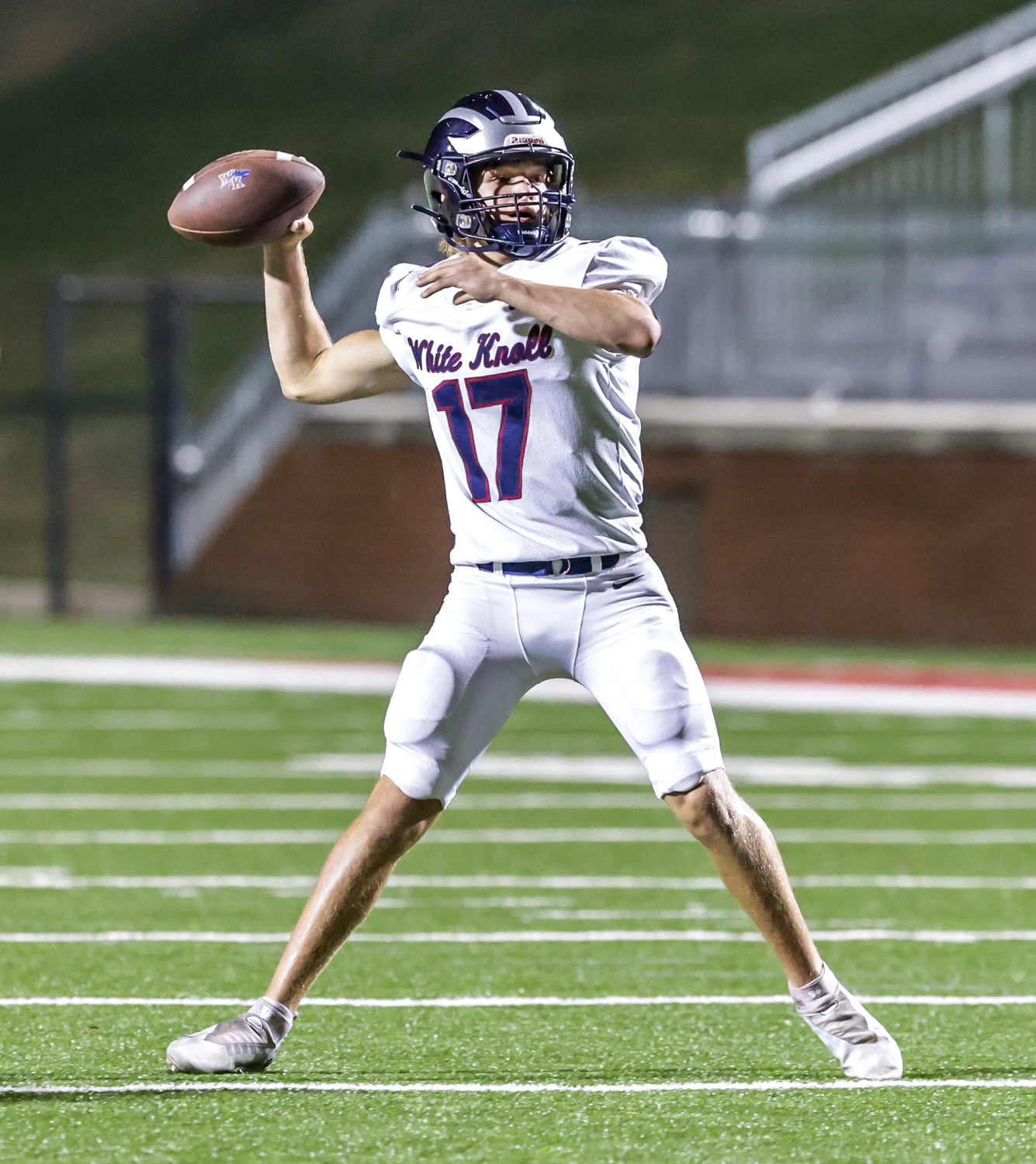 Hall of Fame Night at Lexington High School was capped by a victory Friday over another ranked county rival Gilbert.

Jonah Norris rushed for 162 yards and three touchdowns, and the Wildcats forced two turnovers in the 35-21 win over the previously-undefeated Indians.

The Indians answered back five minutes later with a five-yard touchdown run by Jaden Allen-Hendrix to tie the game. The Wildcats’ no-huddle offense produced another touchdown run by Norris, this time from two yards.

Gilbert’s next series ended prematurely as defensive back Montrell Byrd forced a fumble by Allen-Hendrix which was recovered near midfield. With 4.5 seconds left, Tyler Ford turned a screen pass from quarterback Taiden Mines into a 22-yard touchdown to extend the lead to 21-7.

With less than a minute left in the first half, Mines found a leaping Kamadi Maxwell on a 14-yard pass in the endzone. The PAT gave Lexington a 28-7 halftime lead, which was followed by the recognition of the six Lexington High School Hall of Fame honorees:

Gilbert scored 14 unanswered points to open the second half. A long run by Alias Graham-Woodberry, who finished with 127 yards, set up a two-yard touchdown run by Allen-Hendrix. After Lexington was forced to punt for the first time, the Indians’ Chance Jennings ran a 14-yard keeper to cut the deficit to 28-21.

It still did not keep the top-ranked Silver Foxes from extending their winning streaks in the regular season (43) and on the road (39).

The Silver Foxes will play their home opener Sept. 23 against nationally ranked St. Frances Academy out of Maryland.

The Timberwolves continued their best start in three years under head coach Nick Pelham by keeping the Thoroughbreds winless against Lexington County teams.

Running back Jesse Ross and quarterback Landon Sharpe both accounted for 158 yards and two touchdowns at their respective positions. Tyler Stoudenmire had a team-high 10 tackles for White Knoll, which plays host to Lancaster on Sept. 23.

Gray Herring scored three touchdowns and Cooper Johns rushed for 176 yards and two touchdowns as the Gators rallied from an early double-digit deficit to improve to 5-0 on the season.

The Diamond Hornets jumped out to a 13-0 lead in the first quarter. The Gators answered with 35 unanswered points, 14 coming in the second quarter on a seven-yard touchdown run by Gray Herring and 10-yard scoring run by Murray.

Cooper Johns added a 29-yard touchdown run with four minutes left in the third quarter.  Herring had touchdown runs of 13 and 14, respectively, in the third and fourth quarters and Johns finished the game with a 17-yard scoring run.

Up next for River Bluff is a Top 10 matchup at Dorman.

The Knights (4-0) remained undefeated on the season with the home win.

Up  next for W.W. King Academy is a home matchup with Richard Winn.

The defending Class 2A champions opened region play with their second straight victory in their first home game of the season.

Up next for the War Eagles (2-3) is a Sept. 23 matchup with Mid-Carolina at Midlands Sports Complex in Columbia.

The Yellow Jackets forced a turnover in the final seconds to improve to 3-1 on the season.

Up next is a non-region matchup at Airport

The Crusaders suffered their first loss of the season Friday at the Lions.

Up next for Northside Christian Academy (4-1) is a road matchup with Williamsburg Academy.