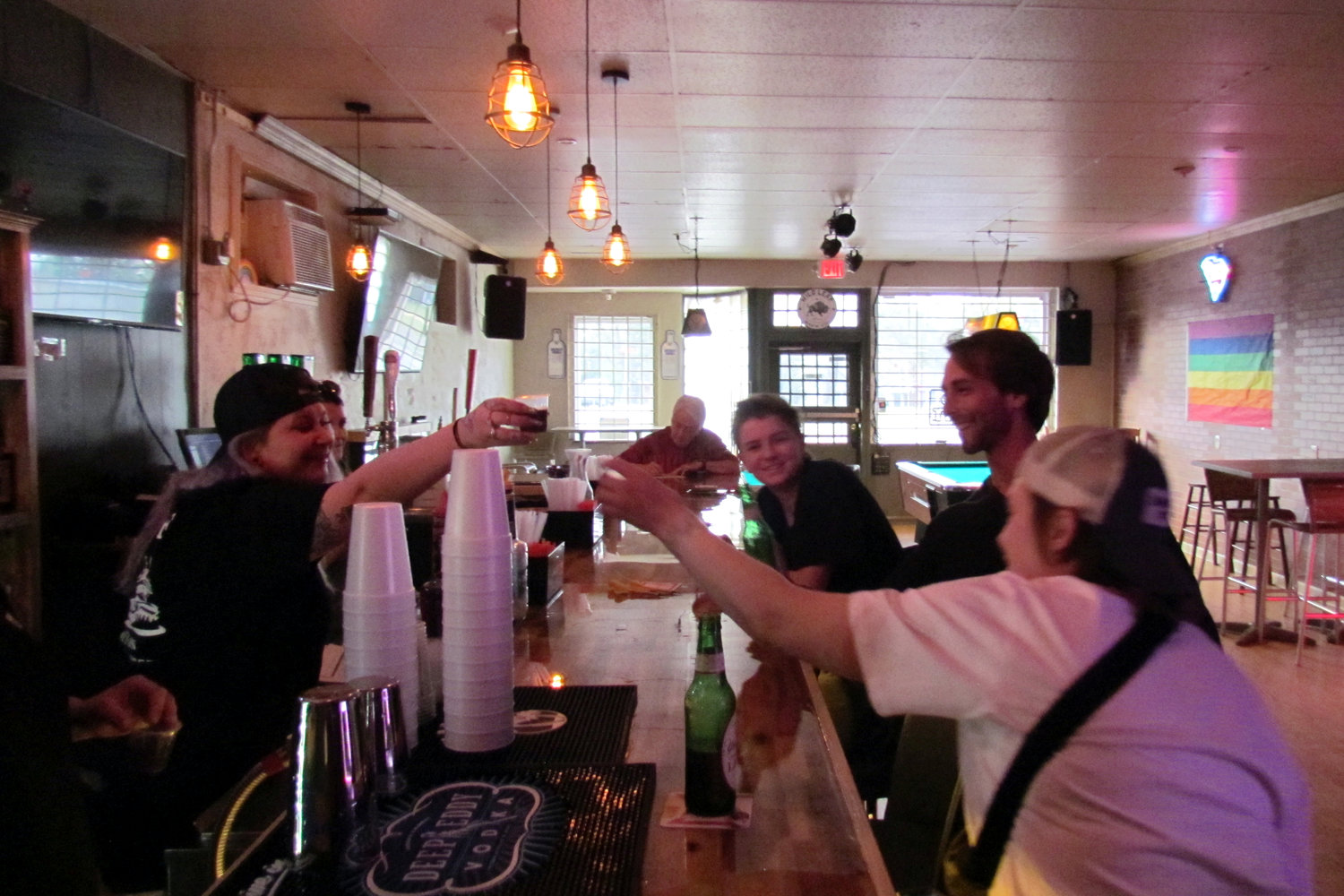 Walking Eagle wanted to create a welcoming place for everyone to hang out in West Columbia.

Teaming with her friend, Kirby Schneider, they have opened what they say is West Columbia’s first pride bar, WE’s on Meeting.

WE’s opened softly last week in a spot on Meeting Street most recently occupied by The Comedy Closet. Vice, a gay bar in the neighboring city of Cayce, opened a few years ago and has since closed.

“We want to make sure everyone feels safe and comfortable,” said Schneider, WE’s general manager. “It’s a happy and safe spot for all. We welcome everyone from all walks of life.”

Walking Eagle got started with the idea early on, and then Schneider lended her expertise with design and helped bring the bar idea to life.

“There’s not really anything like this in the area,” Schneider said of the West Columbia side of the Congaree River.

Walking Eagle’s original plan was to buy a houseboat, but she changed her mind when she saw the space in a building on Meeting Street unoccupied and available. WE’s incorporated the houseboat image into its branding — employee shirts have a houseboat on the back, and the signature drink is the Houseboat.

The bar is open every day of the week, featuring weekly events and an array of drinks. There are 10 beers on tap in the tavern bar in the front of the space. In the back, there’s a Euro bar, which is more intimate, and there’s also an outdoor patio with a fire pit table.

People can play pool, darts or dance and not worry about any judgements, Walking Eagle and Schneider said.

On Saturdays, people can expect a DJ spinning music, and on Sundays, the bar has pool tournaments. Starting in April, Mondays and Tuesdays are for APA pool leagues. Wednesdays are trivia nights, Thursdays alternate between karaoke and open mic and there is live music every Friday. WE’s will also have food trucks on Fridays and Saturdays.

One of the biggest misconceptions, Schneider said, is that the pride bar is only for pride people. The idea is that it’s welcoming and safe to all, regardless of their sexual preferences or identity.

Bartenders Rielly Weathers and Payton Wingate said they have thus far enjoyed serving up drinks and just hanging out in an inclusive atmosphere. Weathers added that she joined the team because she was friends with the assistant manager and wanted to support the bar.

Wingate is one of Schneider’s best friends and wants to bring pride to West Columbia.

“There’s not a lot of places to be free,” Wingate said.