Dark clouds and a stiff breeze weren’t the only things that blew into the Wolf Den at White Knoll High School Thursday night. 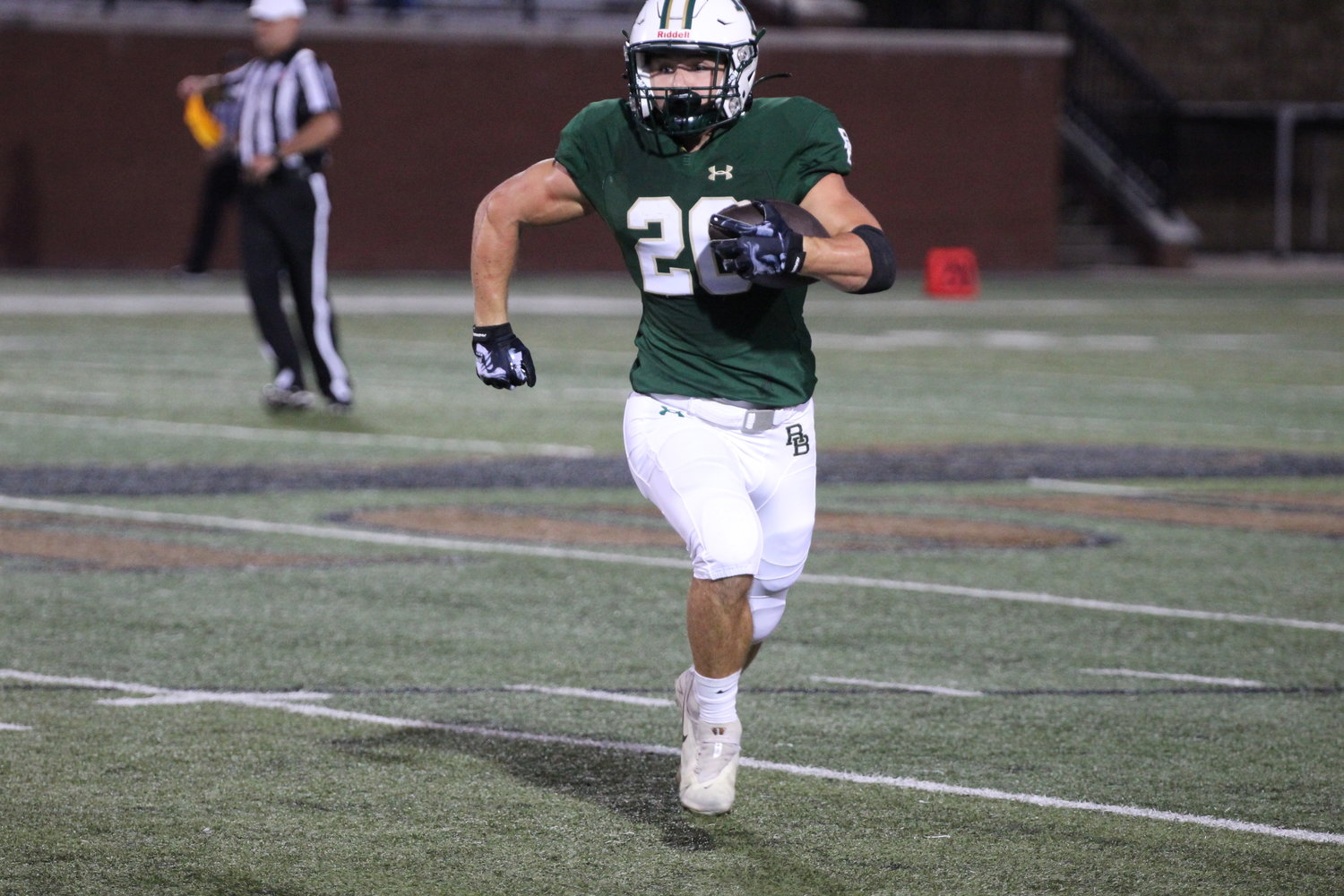 Dark clouds and a stiff breeze weren’t the only things that blew into the Wolf Den at White Knoll High School on Thursday night.

In a game moved up a day due to the threat of Hurricane Ian, it was River Bluff whose offense surged in the second half to notch a 25-14 comeback win against the previously undefeated  fourth-ranked Timberwolves to start their region play 1-0.

The Timberwolves scored two unanswered touchdowns in the first half on a 10-yard Jaden Kimble run and a 22-yard pass from Landon Sharpe to Austin Cunningham to grab a 14-7 lead.

The Gators offense struggled against the White Knoll defense, managing only a 34-yard field goal by Brady Orr to make it 14-10 at the half.

The Timberwolves offense was the one struggling in the second half, however, and defensive mistakes and penalties helped River Bluff extend their drives, though the Gators only managed one more field goal by Orr in the third quarter to cut the lead to 14-13.

River Bluff capitalized on a Caleb Long interception at their 38-yard line, driving for a quick touchdown by Gray Herring.  A missed two-point conversion still gave the Gators the 19-14 lead with 9:51 left in the game.

With White Knoll unable to get a series of their own going on offense, the Gators got the ball back. They refused to give it up, running the clock out with a key fourth down conversion and continuing to drive the ball until a final 27-yard touchdown run from Johns with 2:10 left to put the game out of reach.

The Timberwolves got the ball back for one play, which resulted in an Aaron Griffin interception to seal the win.

“We gave up some big plays in the first half, but our defense had some key takeaways,” Gators head coach Blair Hardin said after the game. “We were able to chip away offensively and get some points; their defense was tough.”

The final drive, he noted, was what ensured the victory.

“We were able to keep their athletes, and that quarterback, on the sidelines, that was huge,” he said. “We put the pressure on our offensive line to get it done and they responded.”

Timberwolves head coach Nick Pelham agreed that the final possession from River Bluff was the difference in the game.
“They shortened the game in the second half by keeping it away from us,” he said. “Their offensive line and their tight end, they don’t get enough credit for that kind of play.”

He added that the Timberwolves' offense played hard but made untimely mistakes that hurt them. “This was the first time this season our offense didn’t have an answer for the other team.”

Even a loss brings some opportunities, Pelham said.

For Pelham, the loss serves a purpose.

“We pride ourselves on being the program of toughness, and I think that hurt is going to make us a little tougher, make us work a little harder, and help us take care of the details, coaches and players included," he said.

Things get no easier for either team next week. White Knoll (6-1, 0-1) travels to top-ranked Dutch Fork while River Bluff has its annual showdown with crosstown rival Lexington at Wildcat Stadium.