What woud Jesus have written about this?

Last week's events in our nation’s capital were appalling to almost all Americans.

I’ve yet to hear anyone say anything in support of …

What woud Jesus have written about this? 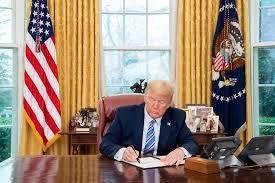 Last week's events in our nation’s capital were appalling to almost all Americans.

I’ve yet to hear anyone say anything in support of the riotous mob's attack on our Congressional leaders.

However, I hear conversations and see social media posts with incendiary comments from people who say they follow Christ.

What I hear and see are mostly devoid of Jesus Christ’s central theme – love.

Each side picks soundbites – elements of truth – and strings them together to tell the story they want told.

It's not the story that is. It's bits of the truth but not all the truth.

It's just enough fuel to keep the fire of hatred burning.

Christians stand on each side of the flames stoking the inferno with words Jesus would never use.

Non-believer’s reasons for not joining us are reinforced.

I grew up Southern Baptist.

Some time I think we were more southern than Baptist and more Baptist than Christian.

We talk about how we put God first, yet our Facebook posts don't seem to indicate that.

I don't suggest Democrats and Republicans sit down.

I suggest Christians stand up.

In Ephesians 4, Paul encourages urs to strive for unity in the faith and in the knowledge of Christ as we move toward maturity.

God has called us, His church, to be faithful; to demonstrate the Christian values of faith, hope, and love.

We are Christians before we are anything else. Our identity is in Christ.

Just before Jesus was arrested, tried, and murdered, He prayed: “My prayer is not for them alone. I pray also for those who will believe in me through their message, that all of them may be one, Father, just as you are in me and I am in you. May they also be in us so that the world may believe that you have sent me (John 17:20-21).”

Jesus also expressed in His prayer that when Christians are united with each other through His mission and message, the world will know the truth that God sent His Son.

Do I demonstrate the unity in the Spirit with fellow Christians that points non-believers to the truth, even those who may not share my political views?

Could I possibly be alienating them through my words and actions?

I mean well, but how do others hear the words that come out of my mouth?

I’m in a Bible study every week with a man whose politics are at odds with mine.

Yet we are united by the bond of Christ.

We are friends because we share a common faith.

This means we are His ambassadors on social media.

Our mandate is to do as Christ would do.

We invited comments on Bill Edmonds' appeal to Christian love. Here are a few:

Bill’s article is very good and raises the greatest question that Pilate asked of Jesus: “What is truth?”  That should be our greatest pursuit. We are driven by a mixture of false information and half-truths and we react emotionally to most all of those things that generally don’t reflect the character or attitude or mind of Christ.  When we pray for all evil to be exposed, for everything to be brought into the light, we are only praying that the truth will come out.  But we have to know that one day everything in our lives will be exposed.  So, finding forgiveness from our Creator through Christ is the only way to disarm the “accuser of the brethren” our enemy Satan. Thanks for the encouragement.