A Lexington County law enforcement agency that isn’t always remembered alongside the county’s other agencies has a new chief. 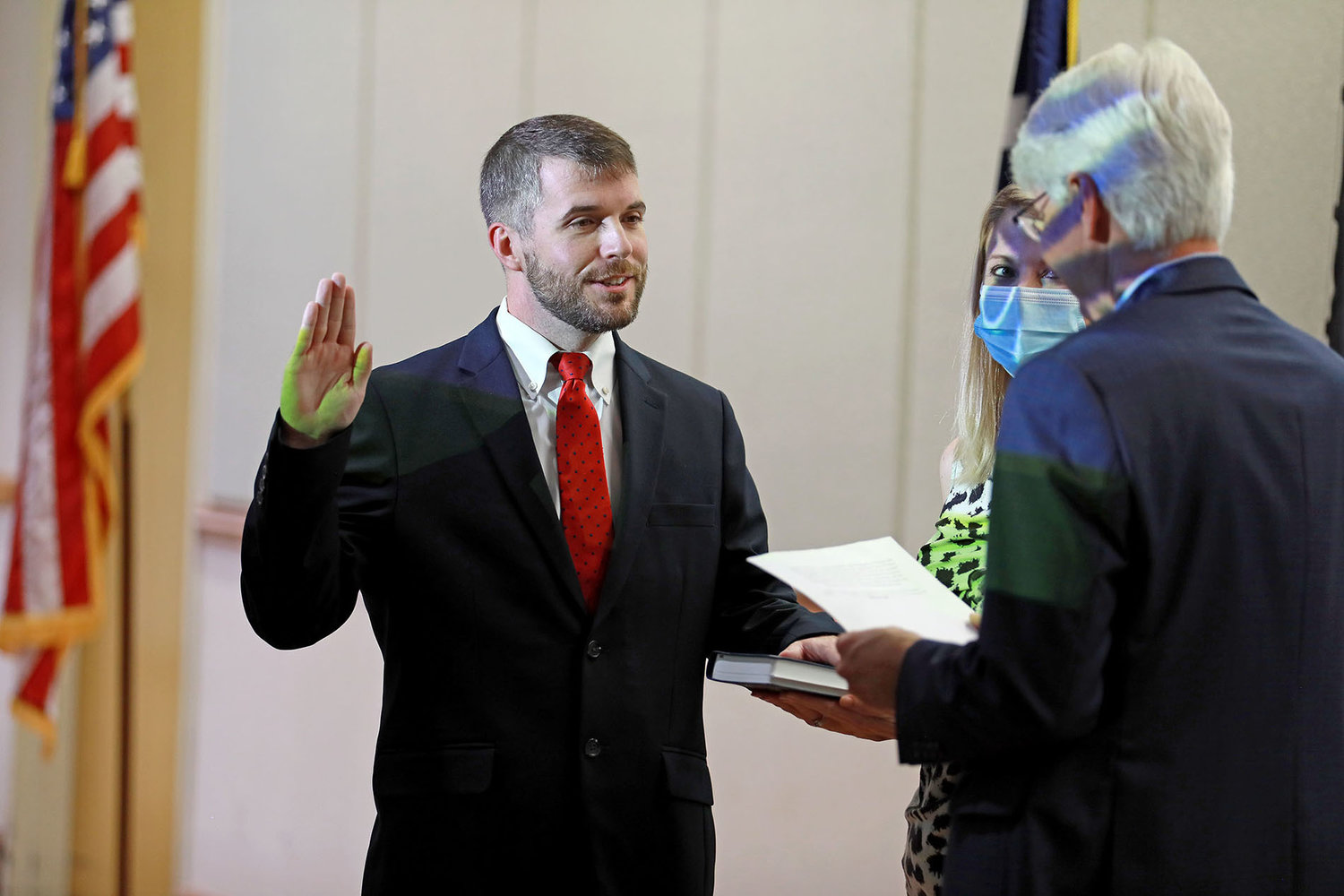 A Lexington County law enforcement agency that isn’t always remembered alongside the county’s other agencies has a new chief.

On Aug. 12, Justin Claire was sworn in as that department’s new leader.

“Our police officers are trained at the South Carolina Criminal Justice Academy to become Class I law enforcement officers,” the department noted in its post about Claire’s appointment. “These officers have the authority to carry weapons, issue citations and make arrests, similar to any other police officer or county deputy. In addition, the department is comprised of security officers, communication officers and other civilian employees who work all together to keep our campus safe.”

Post 193 Chaplain will officiate the ceremony, which will also feature an Honor Guard from the Army, Navy and American Legion Post 71 (North Augusta) providing full military honors. The remains will be escorted to the cemetery by American Legion Riders and the Patriot Guard Riders.

“These three Veterans honorably and faithfully served their country when they were called upon to do so and they deserve to be buried respectfully with the honor and dignity they have each earned through their service,” the release states. “The American Legion, Patriot Guard, Vietnam Veterans of America, The Veterans of Foreign Wars, many other Veterans and citizens from across the State of SC will ensure that these Patriots receive the honorable and dignified interment they deserve.”

The public is encouraged to attend the ceremony.

West Columbia has followed Columbia in installing gunshot-detection sensors to alert police when a gun is fired, The Post and Courier reports.

“The launch of the ShotSpotter gunshot detection system follows the Columbia Police Department, which has been using the devices since 2019,” Caitlin Ashworth writes.

“ShotSpotter’s acoustic sensors are placed on buildings and lampposts. If a gunshot is fired in the area, multiple sensors pick up the sound and the pinpoint location is calculated by the time it takes for the sound to reach the surrounding sensors.”

West Columbia Police Chief announced the launch of the program, which currently covers a square mile at a cost of $49,500 a year, at an Aug. 15 City Council meeting.

“We’re still brand new with it. We’re still working out some wrinkles; there’s wrinkles with everything as you get it up and running,” Boyce is quoted.

Since its launch, ShotSpotter has led to two confirmed gunshot reports in West Columbia.

The family that has helped build up one of the most bustling blocks in downtown Columbia is opening a barbecue restaurant in Chapin.

The family’s other restaurants are all in downtown Columbia and include the recently opened Smok’d, the bowling/bar concept The Grand and the eatery/entertainment venue Main Course, all on the 1600 block of Columbia’s Main Street.

“It all began from a college camaraderie at Winthrop’s campus, a group of friends living together at the ole’ college house on 518 Smokehouse Lane bonded forever over beer & good barbecue,’’ reads the section labeled “Why 518?” on the restaurant’s website. “Now with families of their very own, a restaurant created to entertain the young-uns, give parents relaxation, and enjoy delicious farm-to-table foods.”

No opening date or exact location have been announced for the smokehouse, which is currently seeking public input in naming its dapper pig mascot.

A local fast food chain has temporarily closed a location along one of Lexington’s busiest corridors, citing an ongoing labor shortage.

The Rush’s in the Target shopping center at 5101 Sunset Blvd. has been closed since Aug. 13. The chain announced the move on Facebook.

It said it is hiring for the Sunset Boulevard location and all of its eight other locations, including two more in Lexington and one in West Columbia.

“Our Mission has always been to provide Rush’s employees with a positive, respectful and organized work environment while serving our customers quickly — with the highest standards of quality and cleanliness,” the chain posted. “ Because the current labor shortage makes it impossible to honor this commitment we have opted to temporarily close [the Target shopping center location] so we can maintain the rush’s experience for those we value most: our employees and our loyal patrons.”

The post notes that the location’s employees have been relocated to other restaurants.