The History of Gilbert

Although the Town of Gilbert came about as result of the railroad in the mid-19th century, the area around the town has a long history.

The History of Gilbert 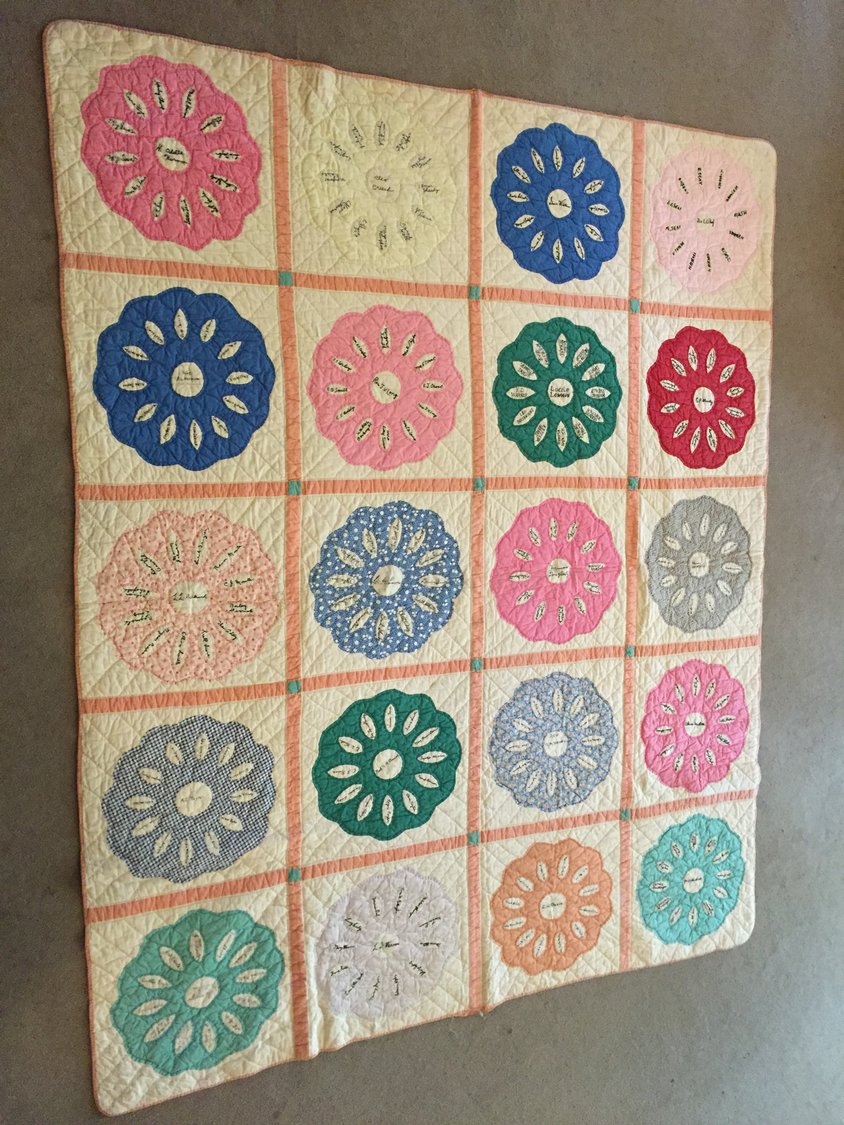 Quilt made in 1934 as a fundraiser for Gilbert High School. People paid 10 cents apiece to have their names embroidered on the quilt.
Provided
Posted Wednesday, November 23, 2022 2:21 pm
By J.R. Fennell

Although the Town of Gilbert came about as result of the railroad in the mid-19th century, the area around the town has a long history.

The Revolutionary War skirmish called the "Battle of the Juniper" or “Juniper Springs” occurred at a spring just north of the present town site in 1781. The Juniper was a landmark where the Old Charleston Road from Ninety-Six crossed Two Notch Road between Augusta and Columbia.

Sometime after the Revolution, the Gilbert family settled nearby and the place became known as Gilbert Hollow, due to a ravine being located nearby. Robert Mills’ 1825 atlas shows Jonathan Gilbert living near the current town site. The completion of the Columbia-to-Augusta railroad after the Civil War led to stations and stops being created along the line. One of these stations was established at Gilbert Hollow in 1869. In 1883, some of the citizens of Lexington County began advocating for moving the courthouse and jail from Lexington to Gilbert Hollow.

The Lewie family, led by Dr. Frederick Simeon Lewie, lived in Gilbert Hollow in the second half of the 19th century and renamed the community to Lewiedale in 1886 with the approval of the state legislature. The town of Lewiedale was incorporated in May of 1899 -- though the name didn’t last very long, as it was changed to Gilbert in July 1904.

The community grew with businesses and schools springing up around the railroad station. By 1927, The State newspaper reported that Gilbert had a population of 400. Gilbert featured four general stores at that time: D. E. Hammond’s, Burley Leaphart’s, Simms Sease’s and Will Keisler’s.  Some of the larger businesses in the area at that time included the EW Collins Turpentine Distillery and the Trippett Lumber Company. The Gilbert area was also the home of two vegetable canneries. These businesses canned peaches, tomatoes and asparagus.

Electricity came to the Gilbert community in 1929 when the Brodie Power and Light Company began providing power to the community. By the end of 1929, 31 houses were electrified. The building of Lake Murray starting in 1927 created job opportunities for many in the Gilbert area, as workers were needed to clear the land and help build the dam.

Like many rural agricultural communities throughout the United States, the people of Gilbert suffered during the Great Depression and World War II. During the postwar years, Gilbert began to decline as passenger service ended on the railroad. The coming of the interstates and high quality schools caused the Gilbert area to grow again in the late-20th century into the current millennium.