Before the birth of the Town of Pelion, the creeks and ponds in the Pelion area were used by the Lynch, Murphy and Sawyer families for sawmills. 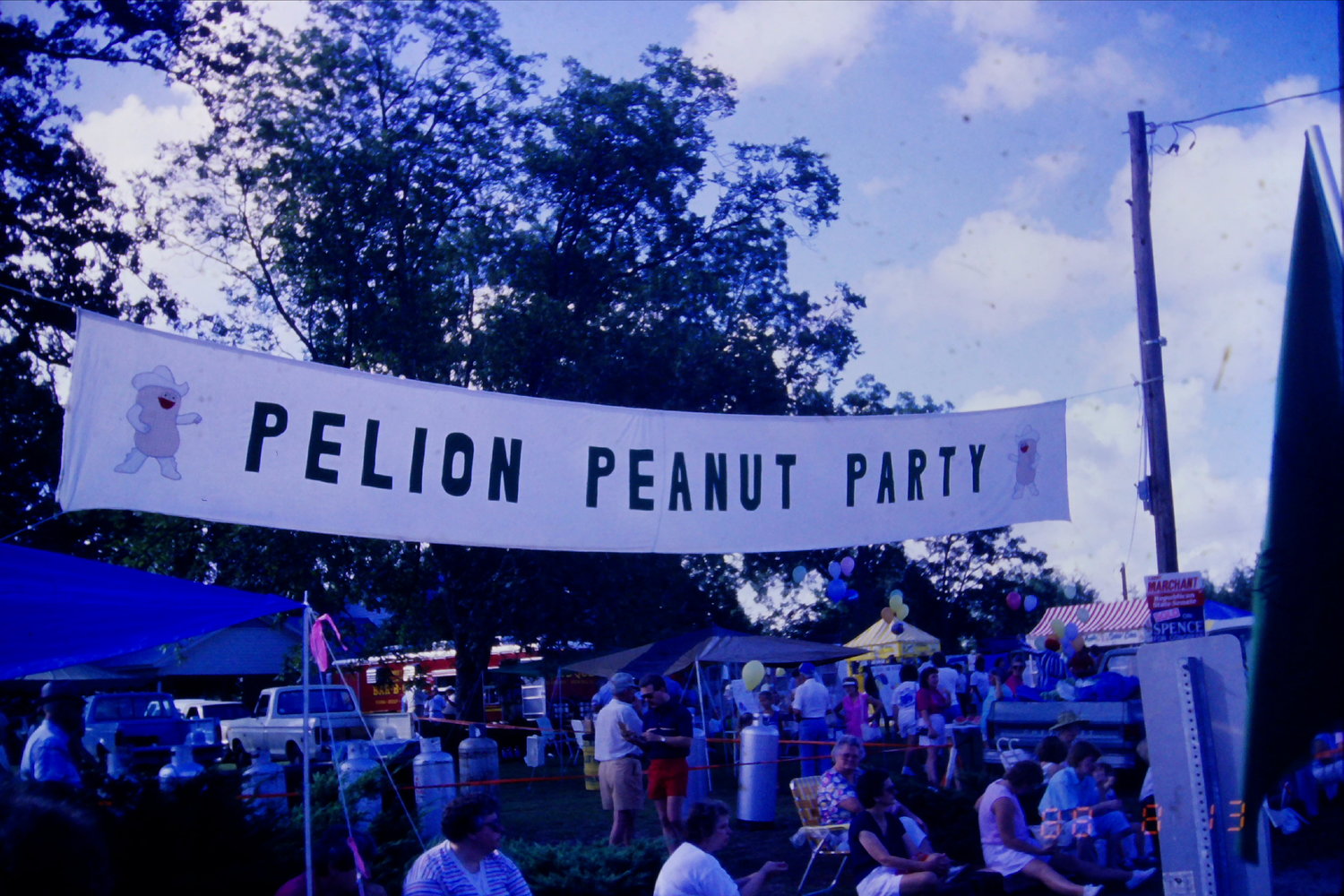 Before the birth of the Town of Pelion, the creeks and ponds in the Pelion area were used by the Lynch, Murphy and Sawyer families for sawmills.

Eventually, the land where Pelion is today was purchased by the Fort family, with James Childs Fort and his wife Lessie Haltiwanger Fort living on the land at the turn of the 20th century. In 1899, the Southern Railroad built a railroad line connecting the Columbia to Augusta railroad in Cayce to the railroad that ran from Batesburg to Savannah. Due to Fort and Cedar Ponds and the quality of the water, the Southern Railroad created a stop on the lands of the Fort family. Pelion and the other stops on this line were given names from mythology by the daughter of a railroad official. Other stops on the line included Thor, Ossa (now Edmund) and Styx. Pelion and Ossa were the names of mountains in Greek mythology that were used by two giants to try to reach the home of the gods.

The town, incorporated in 1912, grew with a depot, telegraph office and post office being established once the railroad line was completed. By the 1920s, two doctors, a bank, a restaurant, several dry goods stores, a blacksmith shop, cotton gin and other stores called Pelion home. One of the grocery stores located in Pelion at the time was owned by Daniel F. Shumpert, the grandfather of the owner of Shumpert’s IGA in Pelion. A fire in 1928 and 1937 destroyed parts of the town but the buildings were quickly rebuilt. The postwar period marked a period of decline as people moved away to work in Columbia and other larger towns. The rise of the automobile also lessened the importance of the railroad. Despite this decline, many women in the community began working at the Pelion Manufacturing Company. Pelion residents and those from elsewhere would enjoy swimming at the nearby Redmond’s Pond during that time period as well.

Pelion grew in population somewhat at the end of the 20th century but continues to be a small rural community. The Town of Pelion is perhaps most famous today for its annual Peanut Festival, first held in 1982.

Gaston holds election, ministry keeps working for those in need