The Lexington Wildcats, led by returning starter Cam Scott, were a preseason number one pick. 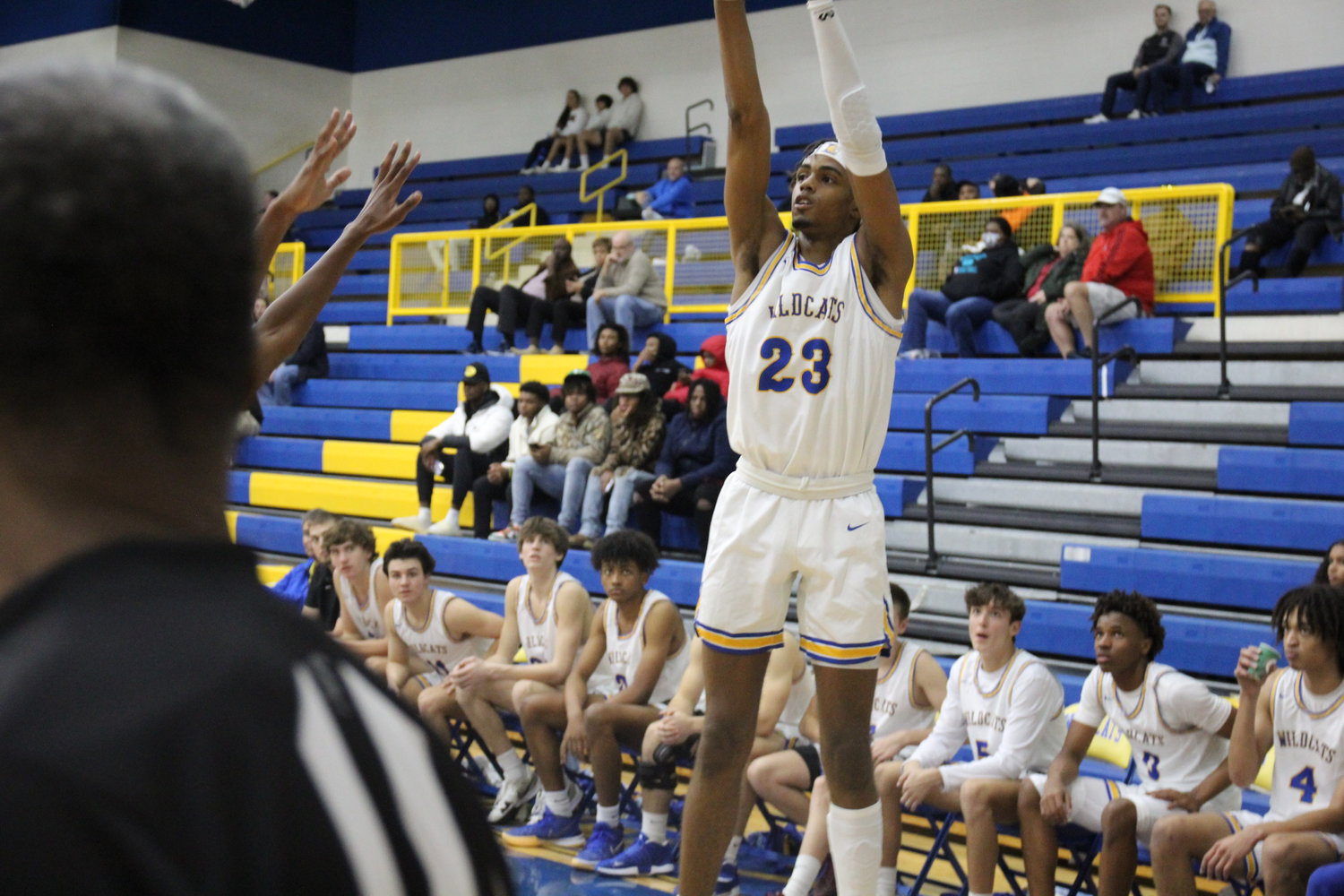 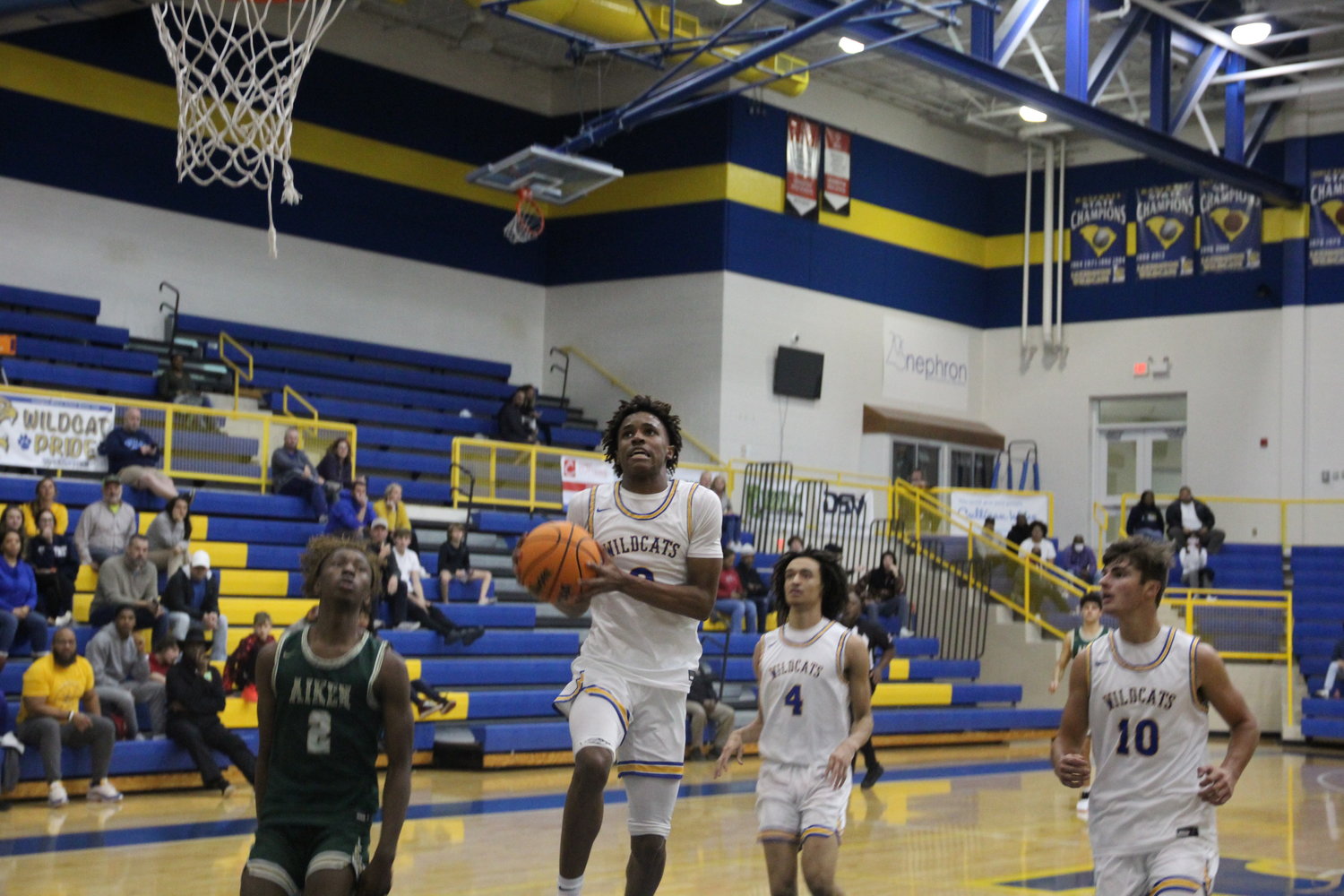 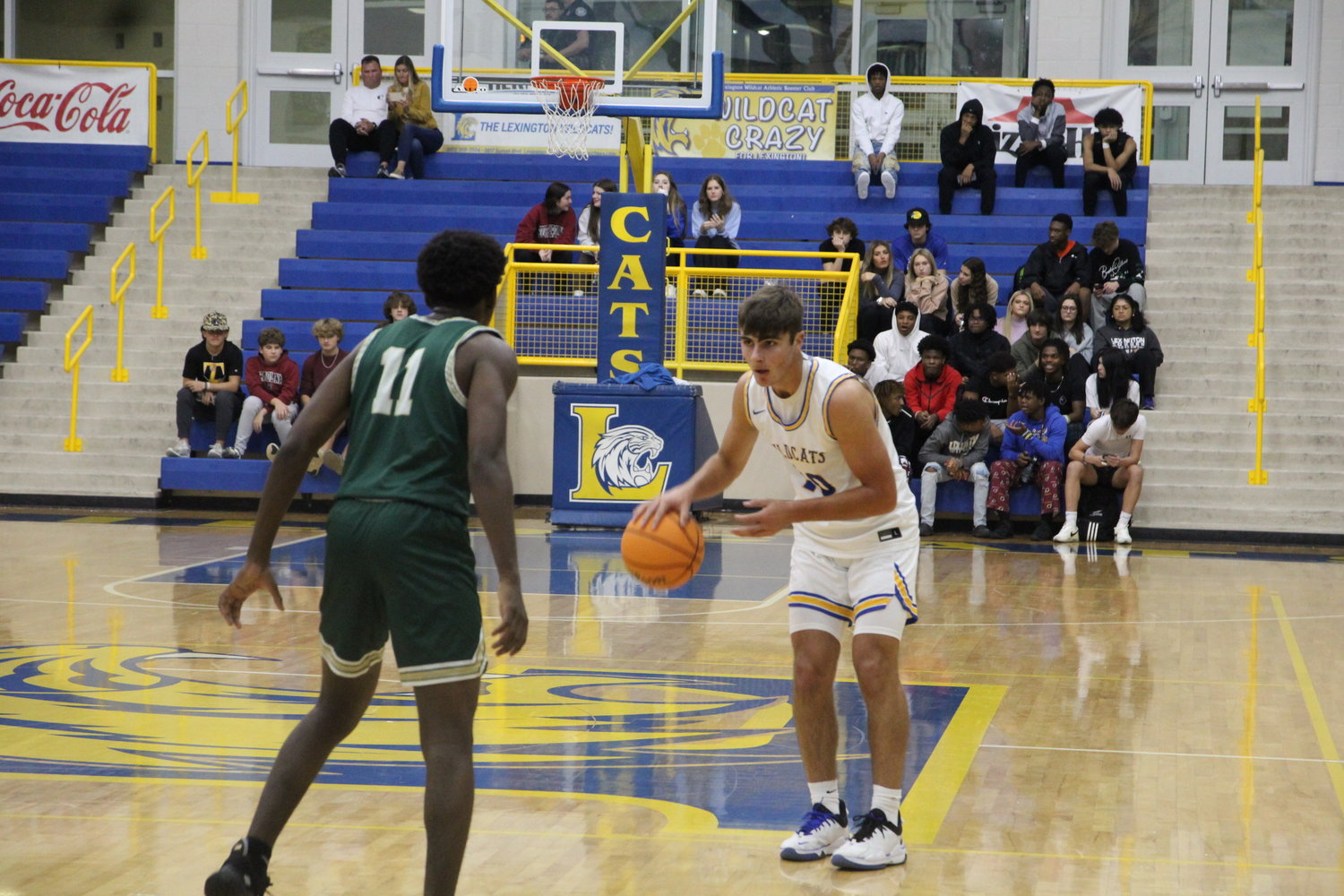 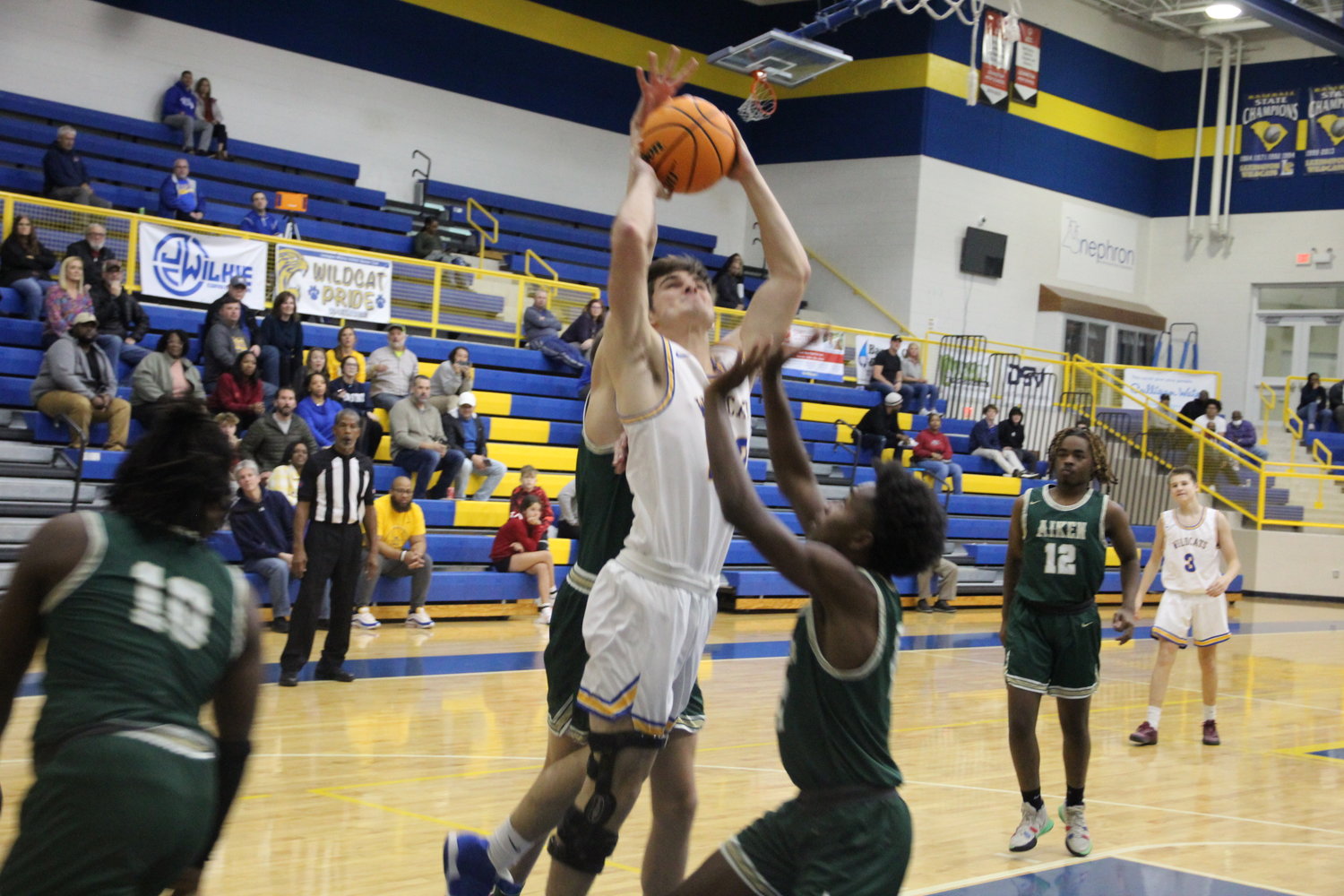 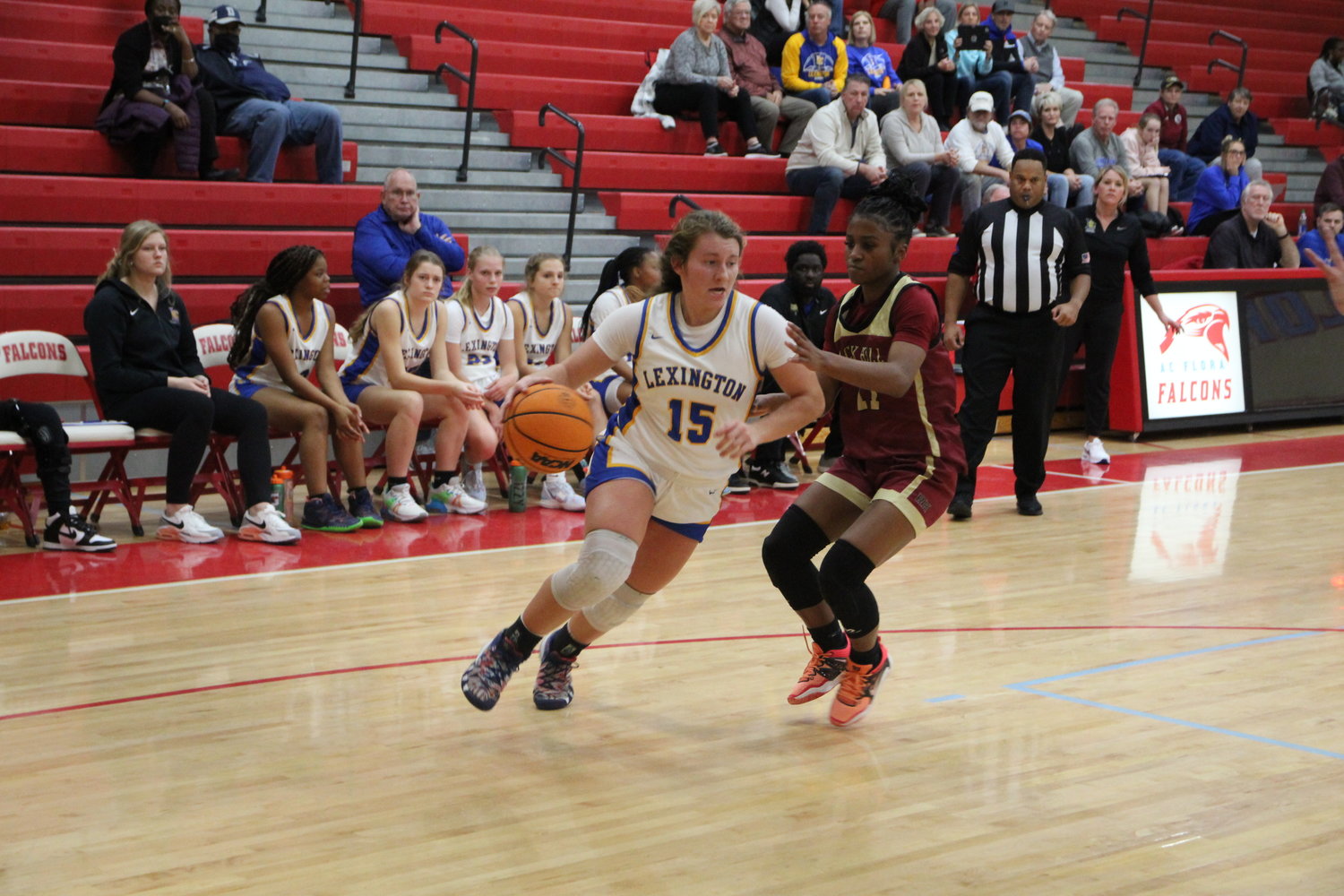 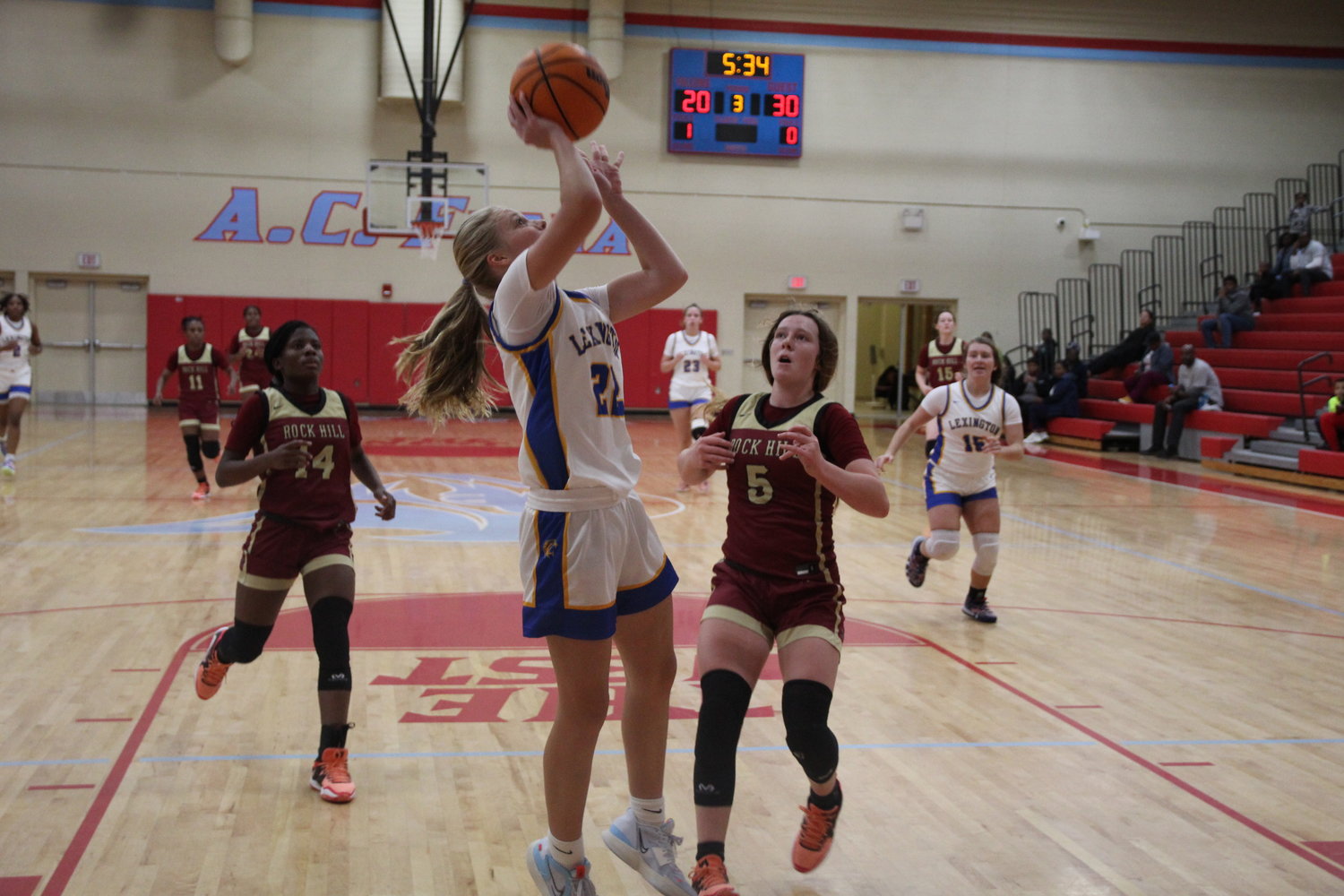 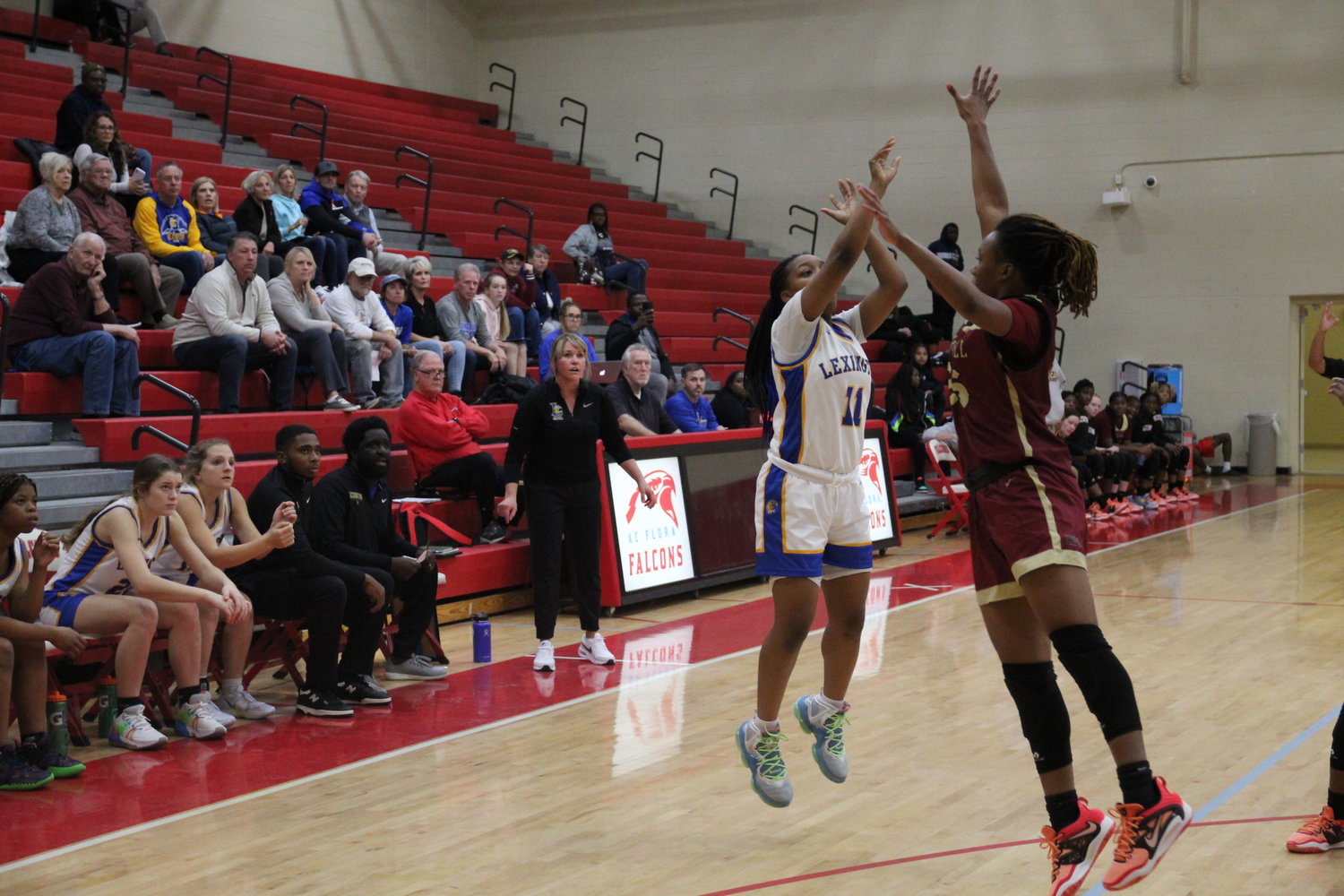 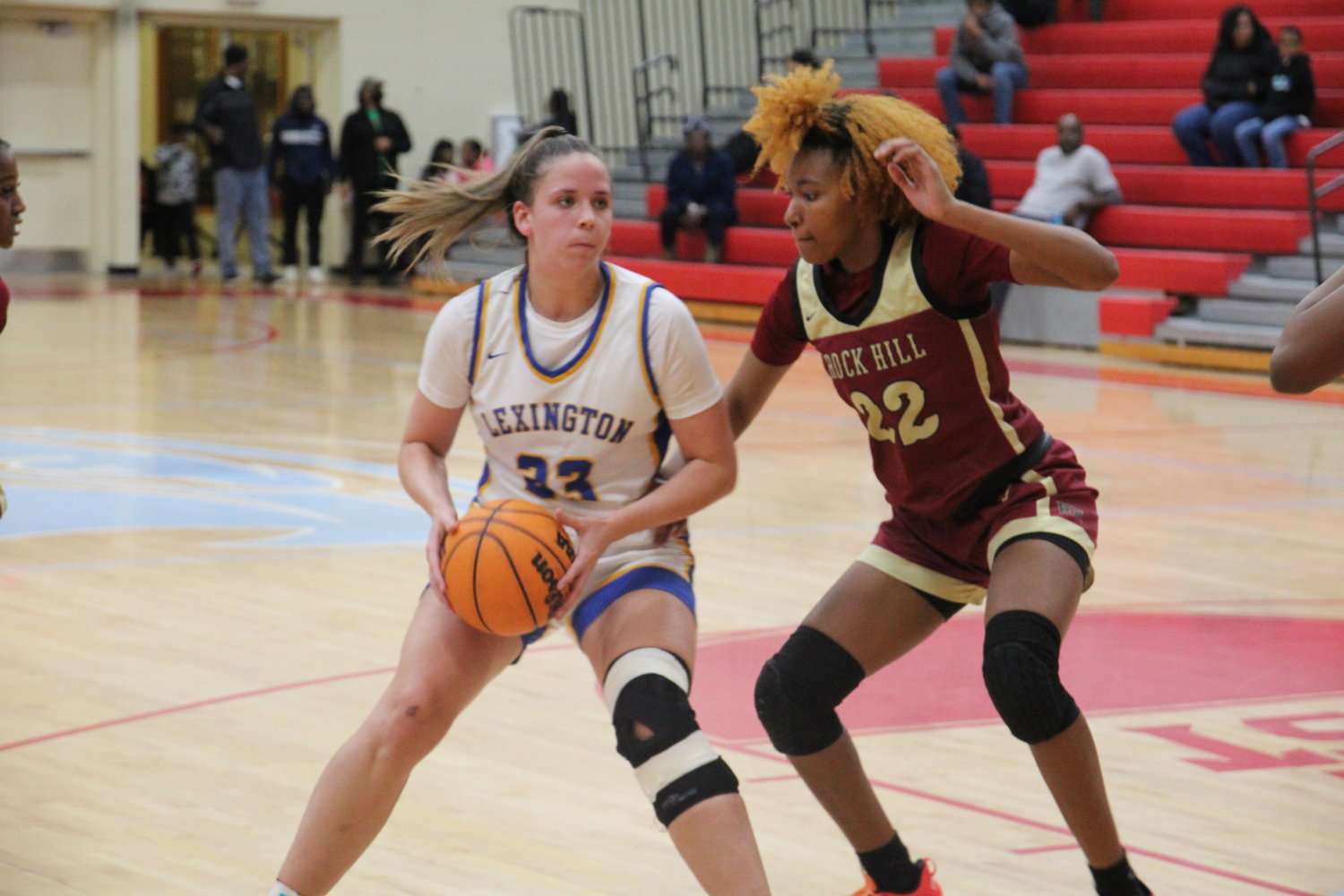 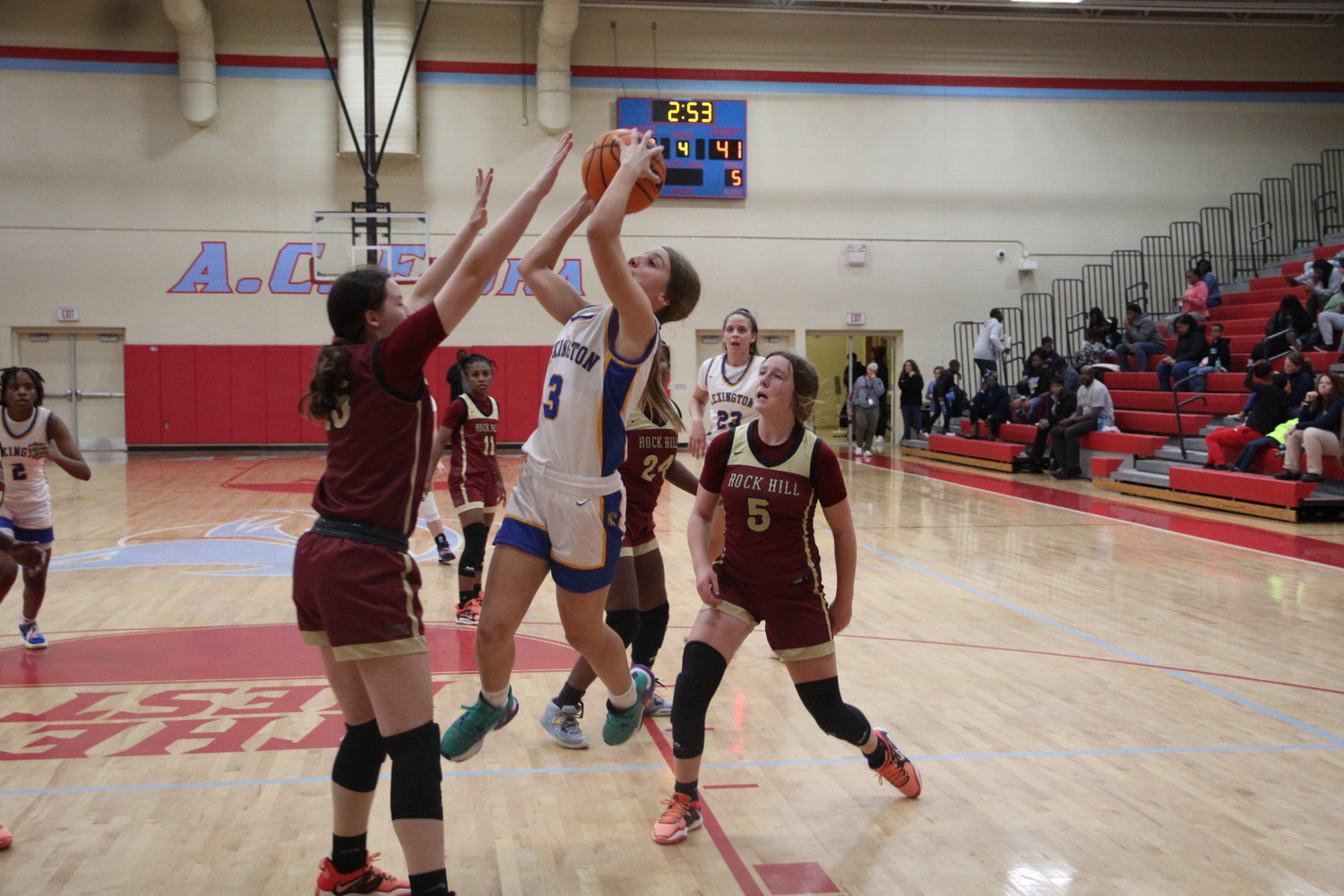 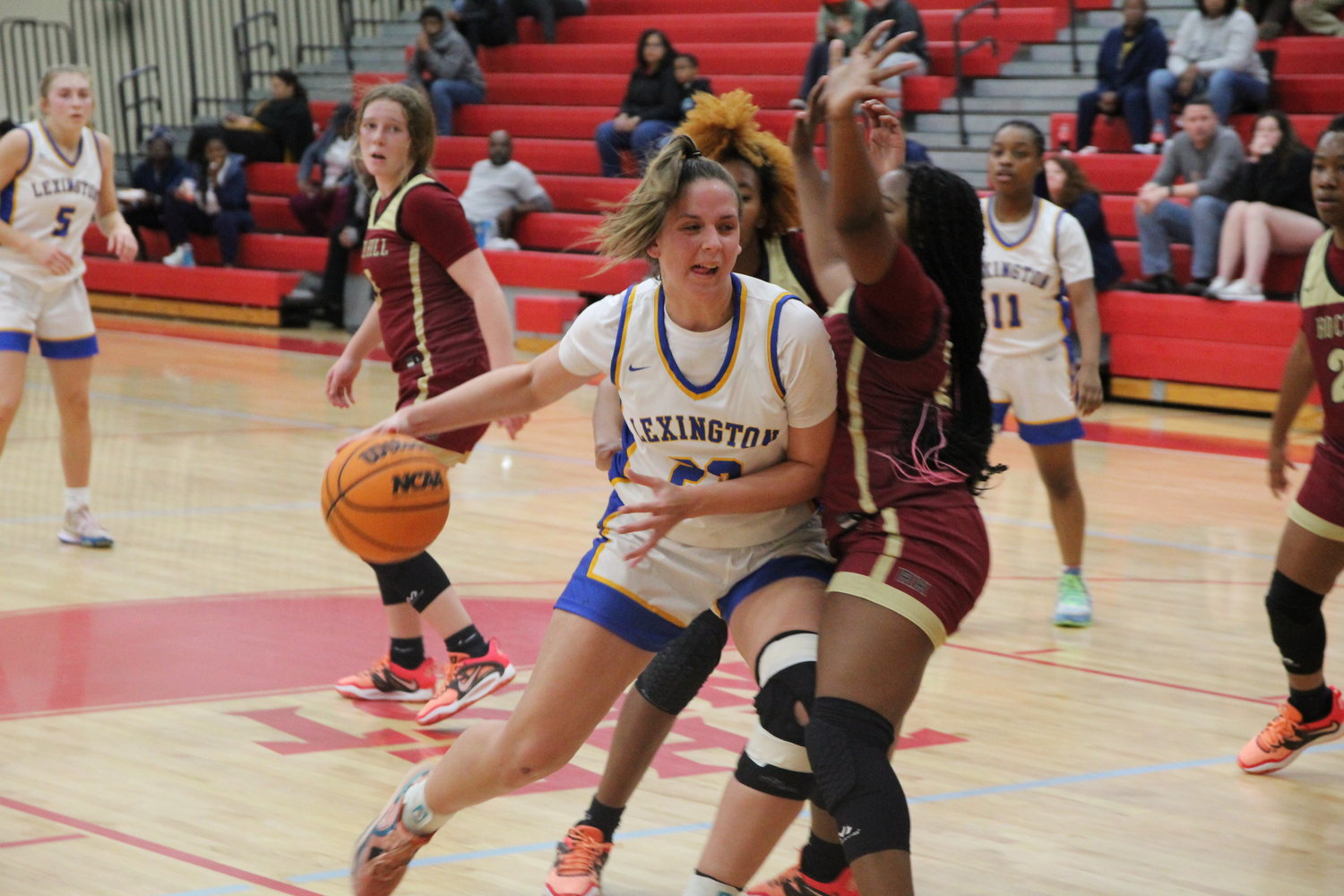 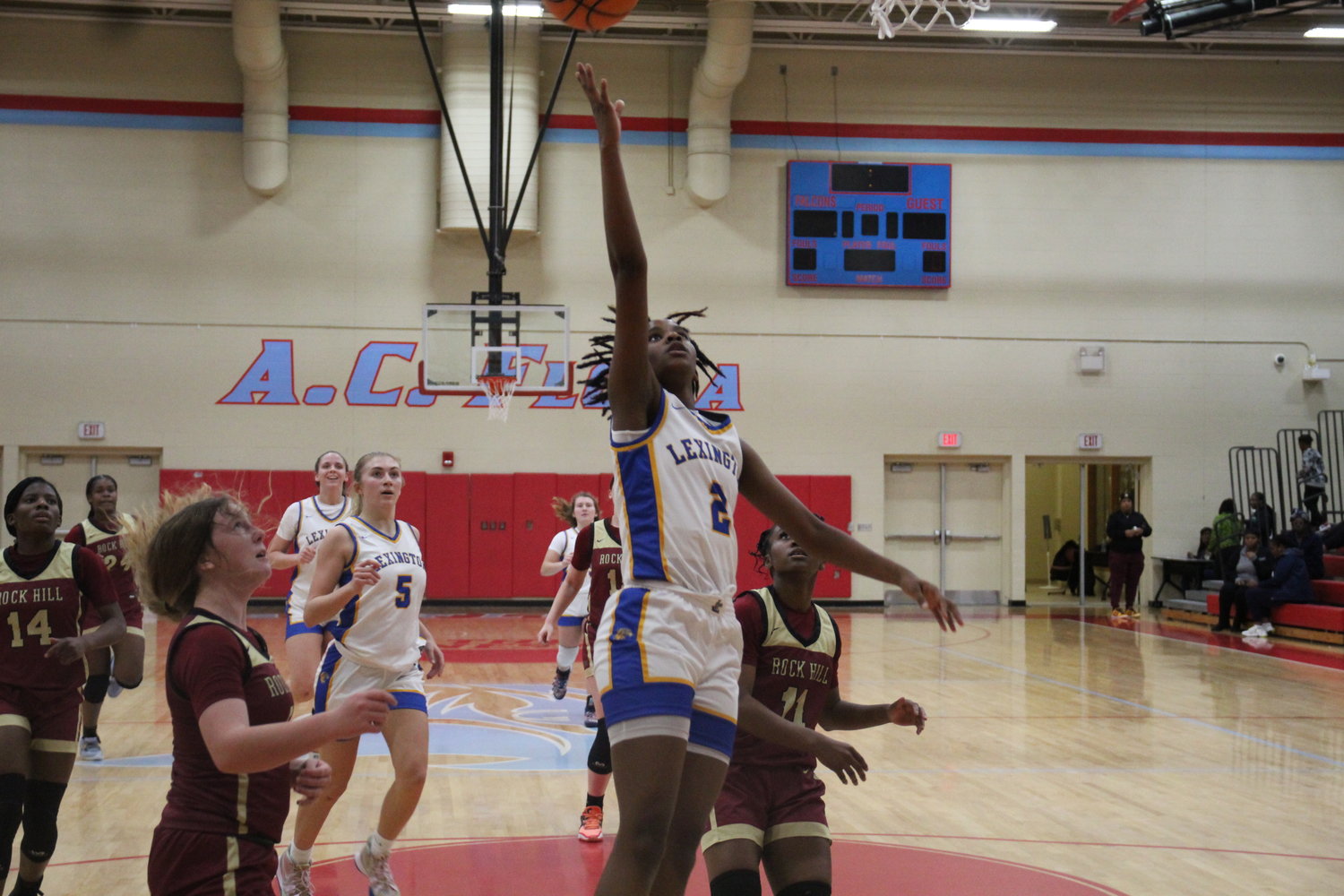 The Lexington Wildcats, led by returning starter Cam Scott, were a preseason number one pick.

The Nov. 21 opening game in the Lake Murray Tipoff Classic showed why as they handed the Aiken Fighting Green Hornets a resounding 74-36 loss.

Lexington piled on the pressure from the opening tip, employing a full court press and contesting every Aiken pass aggressively.

A 3-pointer from Scott followed by a strong move to the basket for a layup on the next possession gave the Wildcats the early lead 12-6 with just over four minutes left in the first period.

Aiken’s offense couldn’t escape the Wildcats’ pressure often enough to get any scoring runs going, but the Lexington shooting from the outside was inconsistent in the first half. This allowed the Hornets to stay close throughout much of the first half.

Easy baskets from under the rim were the story for Lexington in the first half. Scott scored second chance points from offensive rebounds and some unselfish passing allowing the Wildcats to score off their transition game as well.

After Lexington led 40-25 at the half, they continued to expand their lead up to 35 points in the second half before Aiken finally called a timeout at the 3:33 point in the fourth quarter.

Scott finished with 25 points, Caleb Campbell had 12, and Jose Figueroa rounded out the Wildcats in double digits with 11 points.

Lexington moved to the next round in the Lake Murray Tip-Off, playing at 7:30 p.m. Nov. 22 at home against Fox Creek. It advanced to the winner’s bracket as opponent Laurence Manning forfeited after playing in the SCISA football final this past weekend.

The Timberwolves will face Swansea at 6 p.m. in a loser’s bracket game. The Demons will face Horse Creek in the 7:30 p.m. winner’s game.

Omari Caldwell scored 14 points in a losing effort by the Gators in The Swamp.

Luke Gray led the Bulldogs with 20 points and McConnell Burdette added 15. They will face Summerville, a 69-64 winner over Lakewood, In the Nov. 22 winner’s bracket game at 7:30 p.m.

River Bluff and Lakewood will face each other in a “Battle of Gators” at 6 p.m.

Stephen Nichols scored 16 points, Ellis Jones had 15 and Kemuel Little finished with 10 to lead the Falcons (2-0).

Noah Pegues had nine points for the Panthers (0-1).

The Peter Wilkerson era opened in winning fashion on the road as the Crusaders got a game-high 28 points from Sullie Crider.

LaQuenton Etheridge had 20 points for the Indians.

A fourth quarter comeback by the fifth-ranked Lady Wildcats came up a shot short against the number one Lady Bearcats at the semifinals of the A.C. Flora Tip-off.

Lexington trailed as many as 17 points in the second half. De’Asia Crawford scored a game-high 15 points for Rock Hill and Layla Jones added 12 points on four, three-pointers.

Shooting guard Jaleya Lytes scored five straight points off the bench to cut the deficit to 39-27. Lexington outscored the Lady Bearcats 15-5 in the fourth quarter with Jenny Yanity scoring on a three-pointer and steal and layup to bring the Lady Wildcats within two with less than a minute left.

She and Maggie Green finished with eight points with Lindsay Garner leading Lexington with nine.

Unable to force a turnover as Rock Hill looked to run out the clock, Lexington was forced to foul. After Jones was sent to the free-throw line with 6.7 seconds left, she missed the front end of the one-and-one.

The Lexington Wildcats rushed the ball up court but were unable to get off a shot on two attempts. It face s Blythewood in the third-place game on Nov. 22, followed by Rock Hill  versus host team A.C. Flora for the championship.

Four players scored in double figures for Gray Collegiate. Kandence Walker-Lee led with 18 points, followed by Karlee Phelps with 13, Jordan Mintz with 12 and Alyssa Woodlock with 11.