As its owner promised last month, a beloved local barbecue joint is reopening. 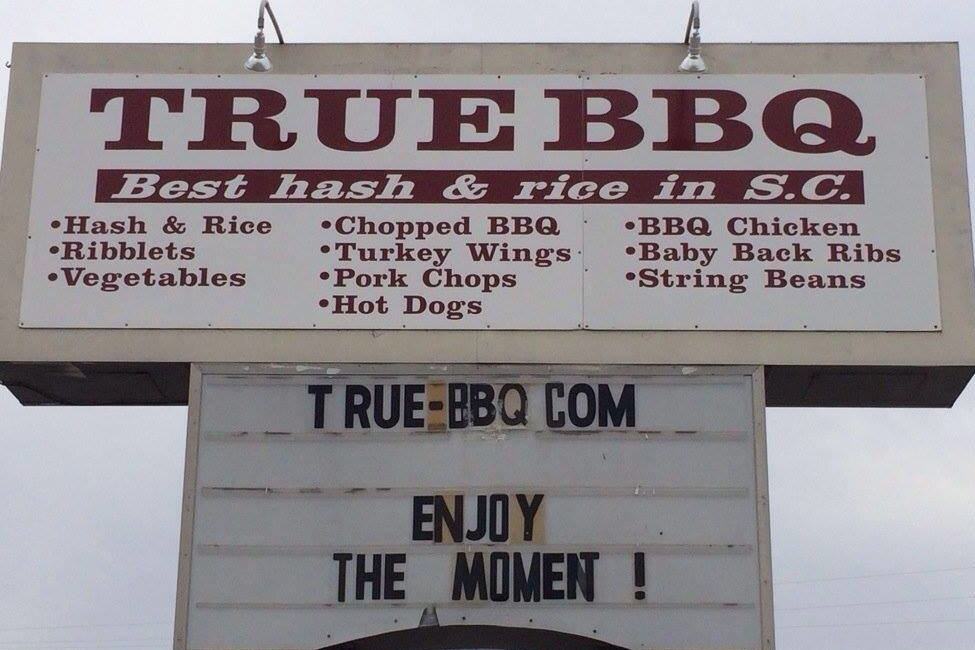 As its owner promised last month, a beloved local barbecue joint is reopening.

True BBQ, located in the Triangle City area of West Columbia, has been closed since Oct. 9. The restaurant, which serves meats prepared on the big smoker in its front parking lot, shut down while it dealt with the death of owner Milton Zander’s brother-in-law in October, a car accident coming back from Disney World in November, and health issues that put his wife in the hospital on Christmas Eve and Christmas Day.

In announcing that the restaurant planned to reopen, Zander said its operations would be altered. In a video from June 17 revealing True BBQ would reopen for Fridays and Saturdays starting June 24, he explains some of those changes.

The restaurant will offer takeout only for the time being. Bulk orders of sides, hash and rice (which the restaurant’s sign proudly contends is the best in South Carolina) and meats such as ribs and chopped barbecue will be available from 11 a.m. to 8 p.m. on those two days each week.

“I'm sorry for those who love to hang out with us,” Milton says of the decision to not doe dine-in service, “and listen to the music in the background and listen to things that are coming out of that kitchen — that most people don't hear in their kitchen but you all get just a laugh of just hearing what comes out of the kitchen.”

The restaurant has gone to-go-only previously, making the adjustment due to the COVID-19 pandemic.

Zander says the restaurant will accept pre-orders for July 4 weekend, though he offers a reminder that it will not be open on the holiday.

Though it was closed at the time of the voting, True BBQ was nominated by readers of the Chronicle as a contender for Best Barbecue in Lexington County. The winners of that poll will be announced July 7.

A guide to Valentine’s Day in Lexington County

Chapin High prepares for stadium renovations
Chapin High School is currently on phase one out of four in the renovation of its football stadium, and the project is estimated to be under budget.
Local sports