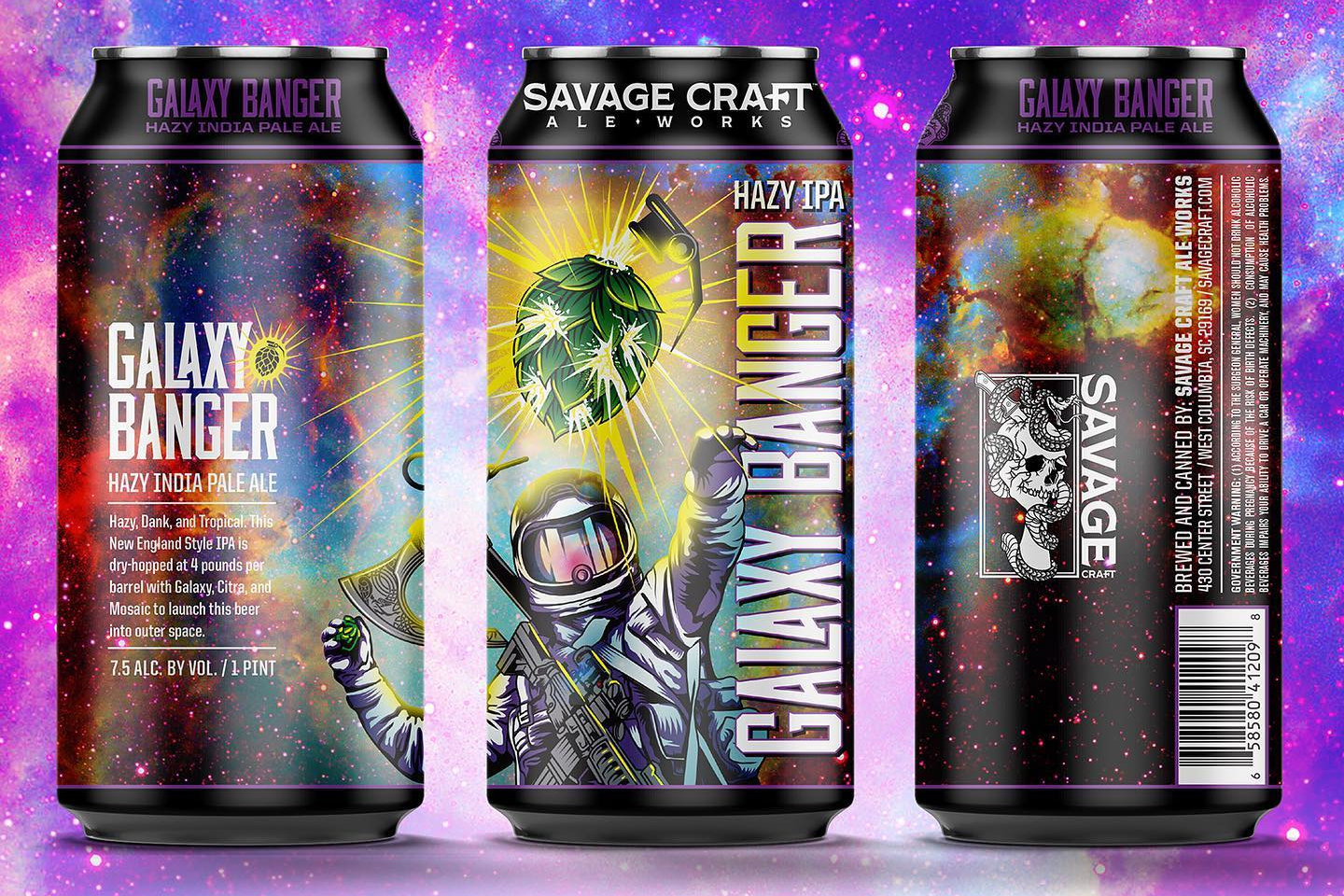 West Columbia has its own canned beer.
Last week, Savage Craft Ale Works, the craft brewery that opened in the River District just back from State street in January 2021, released its first canned offering.
The brewery’s Galaxy Banger, its flagship hazy IPA, is “hitting shelves around Columbia and in [the] taproom” in four-packs, per a Facebook post from Savage Craft. According to the brewery, it’s hopped with four pounds of Galaxy hops.
In Lexington County, Savage Craft joins Cayce’s Steel Hands Brewing, which has been producing six-packs available in bottle shops and grocery stores for most of its three years in operation, in distributing its package offerings in earnest. Lexington’s Hazelwood Brewing Company sells cans out of its taproom and sometimes sends them out to local bottle shops.

The Post and Courier Columbia reports that residents near what could soon become one of South Carolina’s first new state parks in 20 years are concerned about how it would impact the area.
“Those living in a nearby highly developed residential area that has roughly 1,000 current and future homes worry about a stream of visitors adding traffic along a two-lane road that serves as the only way in and out of the park,” Jessica Holdman writes of the potential park on Lake Murray.
The privately owned Pine Island is one of three sites that could open as state parks after being given over as part of a settlement agreement from Dominion Energy. The other two potential parks are in North Augusta and Georgetown County.
Holdman reports that residents are concerned that the park is too small (with just 12 paved parking spots and a grass and gravel overflow lot) to accommodate visitors from Columbia (less than 20 miles away) who are likely to flock to the Pine Island site’s boat ramp, shoreline picnic areas and conference center will cause traffic to back up and cause problems accessing neighborhoods close by.
State Parks Director Paul McCormack is quoted reassuring the public that if the park comes to pass, his agency will be able to manage overcrowding through measures such as requiring visitors to reserve parking spots and publicly posting when the park is at capacity.
“I’m confident in our ability to be a good neighbor,” McCormack is quoted.

More People Are Tubing Down the Congaree River

Temperatures are rising, and pretty soon, you’ll likely need to cool down.
As WestMetroNews reports, tubing the Congaree River is an increasingly popular way to beat the heat.
In the past two years, the amount of people tubing down the river to West Columbia’s riverwalk has increased by 65 percent, the news site writes.
“In 2020, during COVID, we had an increase of 30 percent,” Michael Mayo, the owner of Palmetto Outdoor, is quoted. The eco-tourism company offers tubing trips, with shuttle service, from West Columbia’s Riverwalk Amphitheater.
“In 2021, we had an increase of 35 percent over the 2020 numbers.”

Biscuits are on the roll.
Free Times’ Hannah Wade reports that Lexington breakfast/brunch spot Bubba’s Biscuits has launched a food truck that it will operate in addition to the restaurant on West Main Street in downtown Lexington.
Arif and Zoya Rivizi hope the truck will help them offer their services outside the Lexington area through pop-up events in different parts of the Midlands as well as offering catering services.
“The demand for a food truck for Bubba’s Biscuit is so huge in Irmo and the Northeast, and the whole Forest Acres area,” Arif said.
Bubba’s Lexington location was also initially an expansion effort. The restaurant started with a location in the Olympia area of Columbia and opened the Lexington spot just before the outset of the COVID-19 pandemic. The Olympia location subsequently closed.

A Lexington man died April 10 in a single-vehicle motorcycle accident.

Lexington County Coroner Fisher announced that Jonathan Wayne Quesinberry Sr., 54, died as a result of the accident in the 100 block of Beachwoods Drive shortly before 6:30 p.m.

“[Quesinberry], who was not wearing a helmet at the time of the accident, was transported to an area hospital where he was pronounced dead,” a Facebook post from the coroner’s office states. “The South Carolina Highway Patrol continues to investigate the incident.”