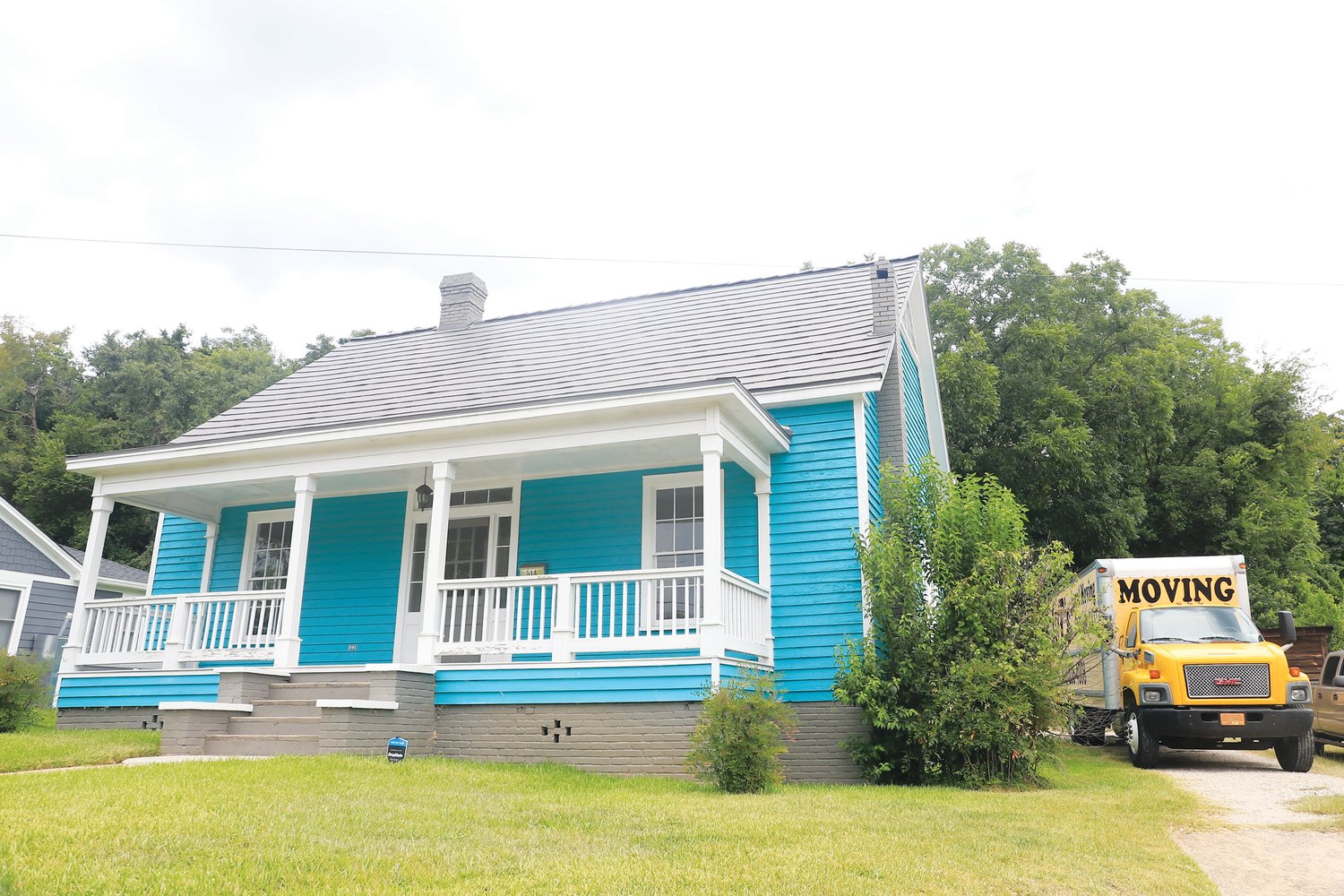 The Lexington County Chronicle has a new home.

On Aug. 3, we moved into our new office at 514 E Main St., taking up residence in a teal house with a big front porch — a new, more visible home for the county’s resident news source.

“The Chronicle’s move into a brightly renovated historic building on Main Street perfectly embodies the paper’s modern role in historic Lexington County and our commitment to being a vital resource for Lexington County residents,” said Publisher Parks Rogers. “We are nestled along Main Street in a visible and central location near seats of government and in the heart of the county. We invite everyone to drop in to see our new facility.”

Like the paper, which continues a more-than-150-year tradition of local news in Lexington County, our new home is tied to the county’s history.

“According to a survey of historic structures in Lexington that was done, the house at 514 East Main Street was built sometime around 1900,” said J.R. Fennell, director of the Lexington County Museum. “That might be true, but I’ve also found some evidence that it was built around 1924. That’s the year that Martel Mills bought the property. It was sold in 1962 to Otto S. Corley and his wife Ruth for $3,500 (around $34,500 in today’s money).”

Otto was an employee of the cotton mill down the street, now repurposed as the shopping and dining destination the Old Mill.

The cotton mill was constructed in 1891 — the same year its original operator, the Lexington Manufacturing Company was established — part of a movement to use the prodigious cotton crop in central and upper South Carolina instead of sending it north.

“The mill commenced operation in December of 1892. 204 looms and 7,000 spindles turned raw cotton into bed ticking or mattress covers,” reads a brief history of the mill shared by Fennell. “The mill was run by water power from the pond on Twelve Mile Creek where the waters drop some 12 feet, thereby turning the powerful turbines necessary for running the machinery. The spinning and weaving went on day and night.  The clatter of the machinery was heard from the street when anyone went by, and the steam whistle, now at the Lexington County Museum, loudly announced changes in the shifts.”

The mill, of course, remains a fixture of life in Lexington. Though the Martel Corporation ceased operating it as a factory around 1960, it was converted into a mixed-use development in 1984.

Several of the mill houses built up around it now serve as the homes to local businesses — which now include The Lexington County Chronicle.

Gilbert Man Who Shot His Wife Found Dead After Manhunt

Gilbert Man Who Shot Wife, Killed Himself Identified
A Gilbert man who shot his wife and then killed himself Oct. 4 has been identified.

Gilbert Man Who Shot His Wife Found Dead After Manhunt
The midmorning manhunt caused three Lexington County District 1 schools to briefly go secure, with no one allowed to enter or exit the schools.

Lexington County COVID Level Down to Low
Lexington County’s COVID-19 Community Level is down to low this week, as the county’s case rate continues to drop.
Local sports

River Bluff Volleyball Clinches Region Title, Gilbert falls at O-W
A festive fan base turned The Swamp into a sea of purple and white colors in support of both Breast Cancer Awareness Month and the home volleyball team.

Lexington Moves Up, River Bluff and Gilbert Return to Top 10 Rankings
The latest S.C. Prep Football Media Class 5A rankings has insured a Top 10 matchup will take place this week between archrivals Lexington and River Bluff.