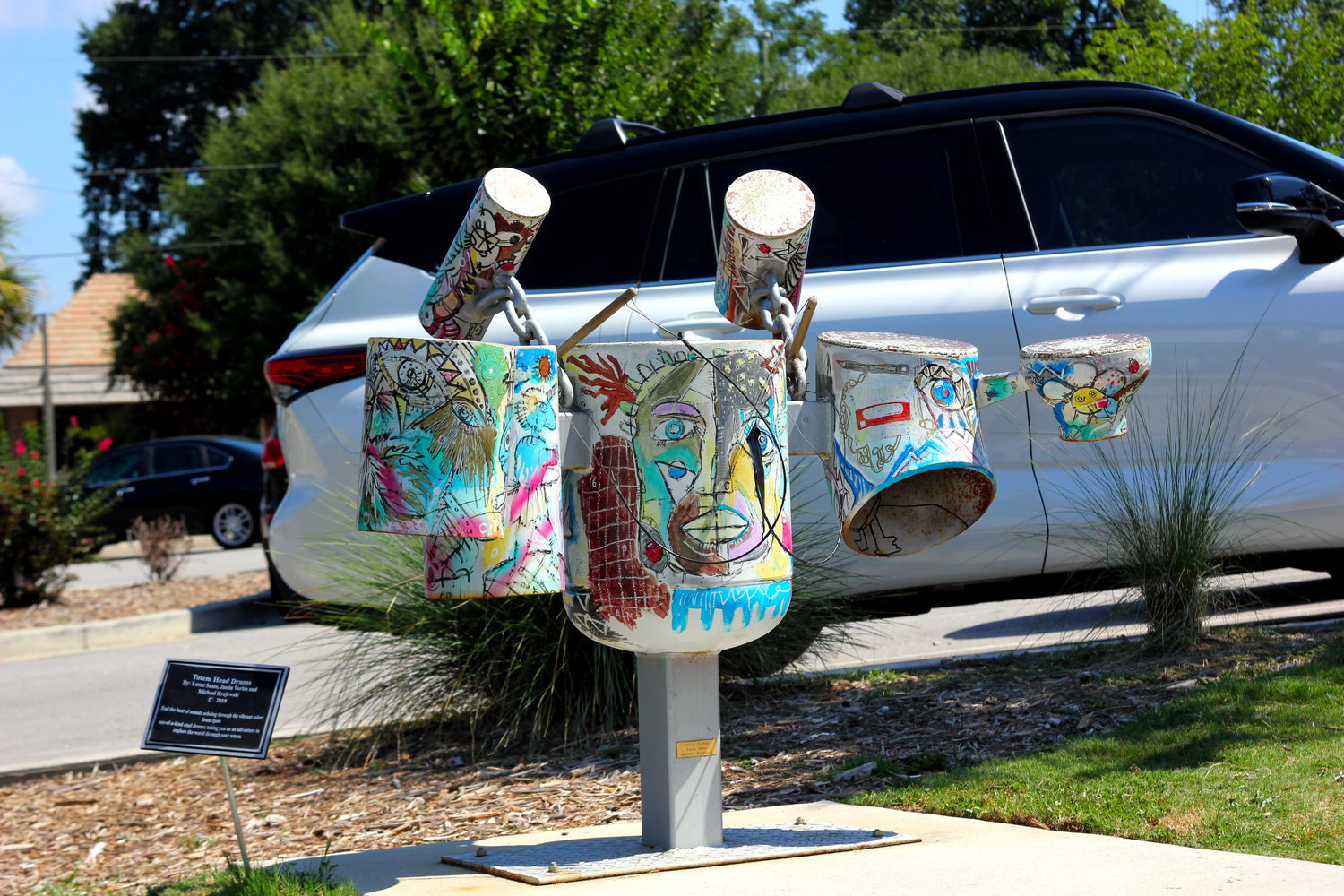 The cities of West Columbia and Cayce have been proactively adding murals, interactive art and other creative embellishments, seeking to provide more experiences for residents and visitors. Both cities sit on the other side of the Congaree River from Columbia, a larger municipality, which overflows with public art, a trend that increasingly leaks into the neighboring cities.

For Cayce, public art isn’t only for looks. Mayor Elise Partin told the Chronicle that art is an economic development engine. When highlighting the Cayce’s River Arts District, an area centered around the shops and restaurants of the city’s State Street corridor, she spoke of how it plays a major role in the town's revitalization plan

Partin mentioned the city’s annual block party, the State Street Soiree, which started after she attended the Mayor's Institute for City Design in 2015.

She said the event has helped the city attract new business by hosting artists inside the buildings along State Street, some of which were unoccupied at the time.

According to Partin, before the city could host the second soiree, multiple businesses opened up in that area, leading to the redevelopment of several neglected properties.

“We were intentional about getting murals, about using the murals to not just make one face of a building look good,” Partin said, “but to have the building owners then make sure the rest of the building looks great and, you know, to just create synergy from adding all this fabulous public art.”

The Cayce mayor told the Chronicle that encouraging the creation of diverse art throughout the city helps send a message of acceptance, joy and inclusivity.

For West Columbia Mayor Tem Miles, public art like murals and sculptures aren’t the only form of art that the city prides itself on. Miles mentioned the city’s long-standing rock club New Brookland Tavern along with the upcoming addition of the Columbia Children’s Theatre as equally integral to the community.

“We've had a local art scene, and we really started to try to expand and publicly support arts,” Miles said.

Among these efforts include the city-owned Interactive Art Park, which rests beside the pavilion used to host the city’s weekly Meeting Street Artisan Market, which features artists and crafters among its vendors. Miles emphasized the way the interactive art provides enrichment to the community.

The art park also rests next to one of the big recent developments to come to West Columbia in Savage Craft Ale Works, and it’s close by to New Brookland Tavern and Cafe Strudel, among other popular destinations.

Miles described the city’s public art as an offering to the community that’s also meant to draw from outside it. As of now, West Columbia has commissioned 11 sculptures and three murals and houses several other works done independently.

Though the cities actively push for more public art, they don’t require businesses to go through any approval processes. This creates the opportunity for businesses to independently hire artists. Partin shared that businesses can reach out to the city if they have questions regarding a mural addition, and Miles recommended businesses consult the city's zoning and land use requirements before proceeding.

“Slow down, look around and appreciate the things that make life great.” Miles said, “Spend a little time out, enjoying your surroundings. It's a way to get folks to slow down and take notice of all the great things that we have going on around us.”

In the coming weeks, the Chronicle will continue to take a look at public art and its influence in the area, profiling local artists, including a chat with Kevin Pettit, a local teacher who has painted two murals in Lexington County. Look for that feature next week.