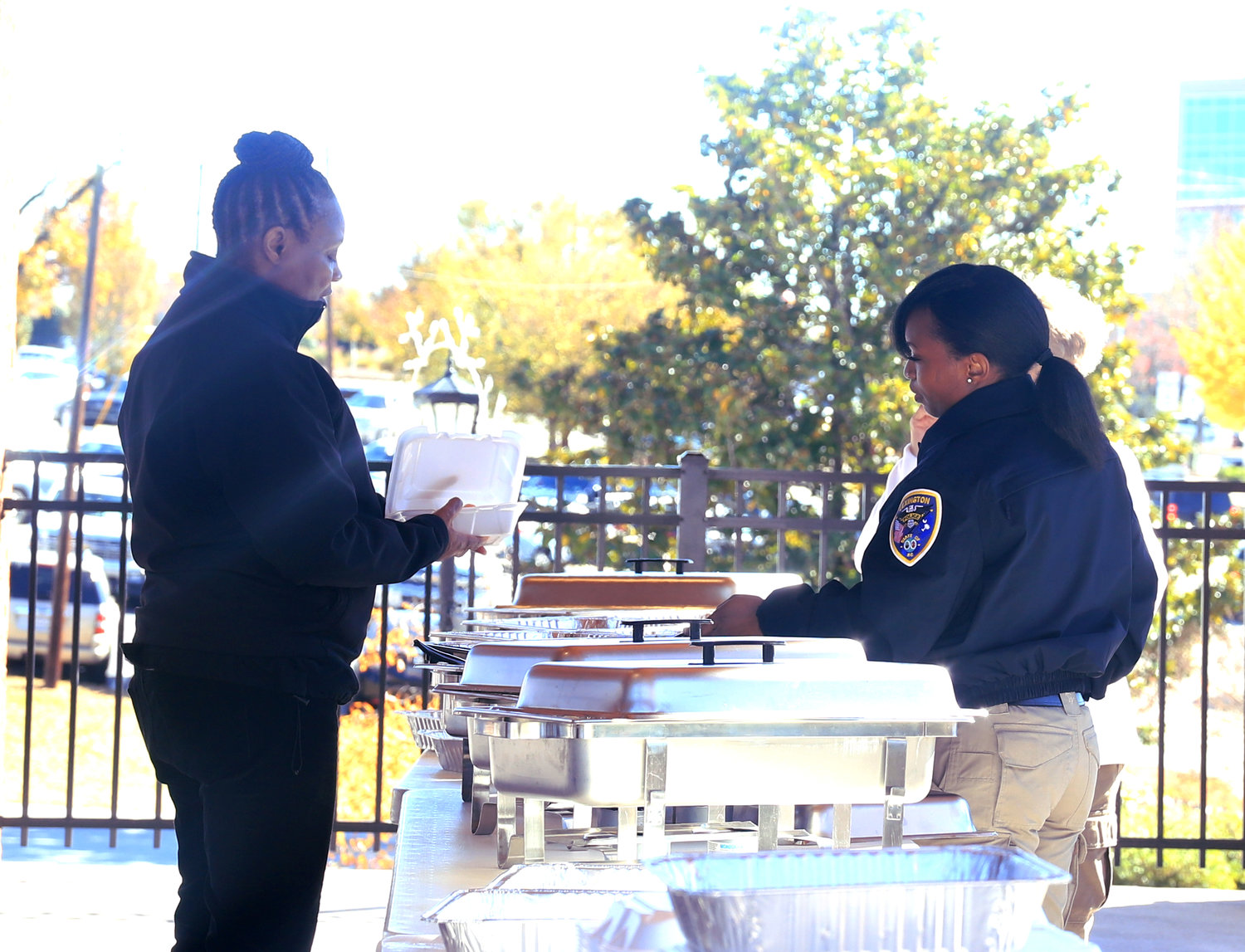 The Lexington Police and Serve & Connect, a Columbia nonprofit that looks to improve relations between police and the communities they serve, will again team to give away food boxes to the community.

The organizations’ fifth annual Bountiful Harvest event will be held at the Icehouse Amphitheater (107 W Main St.) from noon to 4 p.m. Nov. 22.

“There will be 250 holiday-themed Greg's Groceries food boxes available for those in need, a resource fair with our community partners, and a sit-down meal for all who attend,” the Lexington Police detailed in a Facebook post.

And this year, the Lexington Police and Serve & Connect will have company in putting on the event.

The free event is held to “support those in our community who may be in need during the upcoming holidays.”

West Columbia police blocked off part of a street Nov. 15 as it responded to what it called a “barricaded situation.”

“Officers responded to the 300 block of Westgate Drive about a domestic violence related shooting incident ... at approximately 9:30 a.m.,” the department said in a statement. “A female victim was located and safely brought out of the residence.”

The department said this is isolated and “there is no cause for concern for the surrounding residents.”

“Law enforcement was able to enter the residence and secure the area,” the department said.

The department said it will release more details as the investigation continues. No arrests had been announced as of the Chronicle’s Nov. 15 press deadline.

Lexington has a new place to get wings, The State reports.

“Wing Man restaurant recently opened at 711 Main St. in Lexington, alongside the Exxon station there. It’s in the former location of Roy’s Grille, which is in the midst of a move to Woodrow Street in Irmo,” Chris Trainor writes.

The local owner has been cooking wings for decades for family and friends, according to the article.

Roy’s, as you can read more about on page B12, hopes to reopen in the Irmo spot formerly occupied by dearly departed local sandwich mainstay Fire and Spice in the next few weeks.

“After collecting feedback from residents for an updated bicycle and pedestrian plan, the City of West Columbia will install bicycle racks in various locations throughout the city,” the health-advocating nonprofit Wolespire announced in a press release.

“The addition will complement the connectivity of parks, trails, and bike lanes and provide cyclists with a safe way to temporarily store their bicycles.”

According to the release, the city is among 13 communities to receive recent grants for health eating and active leating from Wholespire.

“The mini-grant allows West Columbia to purchase 12 bike racks and install them at locations such as parks, the River District, Triangle City, and other highly traversed areas of the city,” the release states.

Bike racks were among priorities identified when the city updated its Master Bicycle and Pedestrian Plan with public feedback in 2021, the release states.

“Over the last several years we’ve worked to expand safe accessibility for bicycles and pedestrians throughout the city,” Mayor Tem Miles is quoted. “We are thankful for these bicycle racks, so that people can ride around town, stop, and enjoy the local parks, businesses, and restaurants, all while never having to get into a car.”