Chapin’s hopes of winning an appeal which would have allowed it to claim runner-up honors in Class 5A competitive cheer ended Jan. 19. 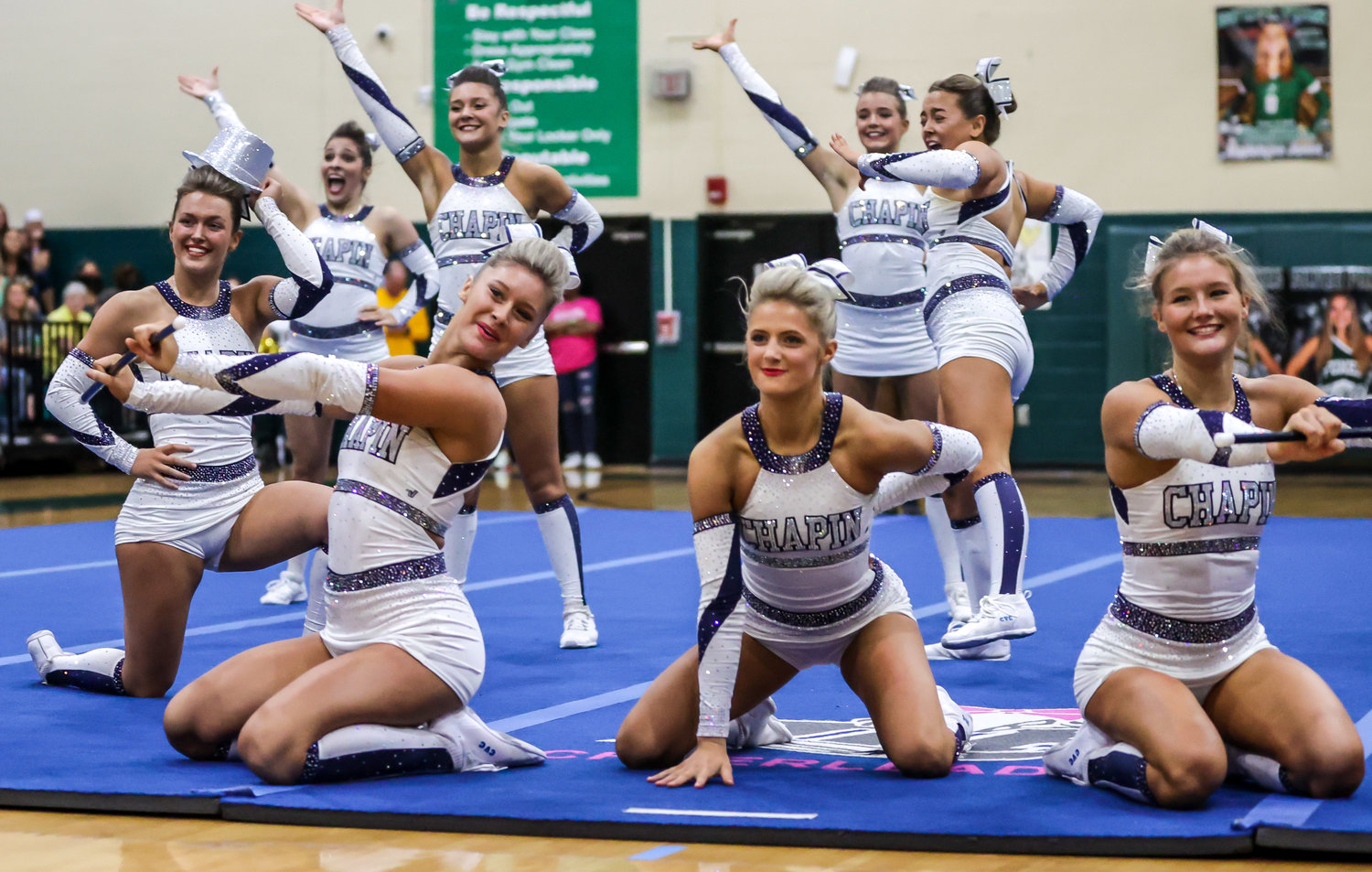 Chapin’s hopes of winning an appeal which would have allowed it to claim runner-up honors in Class 5A competitive cheer ended Jan. 18.

A 5-0 vote by the Appellate Panel of the South Carolina High School League upheld the ruling made a week ago against the Lady Eagles by the Executive Committee, keeping in place the initial judgment in the Class 5A finals held in November.

Chapin was appealing the judgment that placed the team third behind Lexington and River Bluff. The school was protesting a five-point time infraction penalty made by the judge. If successful, the appeal would have put Chapin’s total score .5 behind the champion Lady Wildcats (341.5) and 3.5 ahead of the Lady Gators (336.5), earning the team runner-up honors.

As with the previous hearing, which went 10-6 against Chapin, team coaches Vicki and Billie Williams, team captain Lexi Becker, principal Michael Ames and Steven Puckett, Lexington/Richland District Five Coordinator for Athletics, Physical Education and Visual and Performing Arts, claimed the penalty was charged in error. Screenshots in lieu of video were used by the school to support their claim that the team’s routine was completed well within the two-minute-and-15-second limit.

While empathetic of Chapin’s concerns, the panel members were not inclined to reverse the judgment. They used examples from other sports such as football and baseball where calls were made by officials to decide a contest. In the end, the outcome was accepted without recourse.

Along with citing the length of time between the final held last November and the appeal date, panel member Otis Rawl also expressed concern about the panel setting a precedent where teams can approach them to reverse calls not made in their favor.

The panel stated the timer was acting as a judge and challenging their judgment would require a rule change through the Executive Committee moving forward.

SCHSL Commissioner Jerome Singleton was in attendance, and he confirmed the organization discusses rule changes throughout the school year.

The school district released a statement on Jan 20.