The restaurant under the giant cone celebrated a milestone this year. 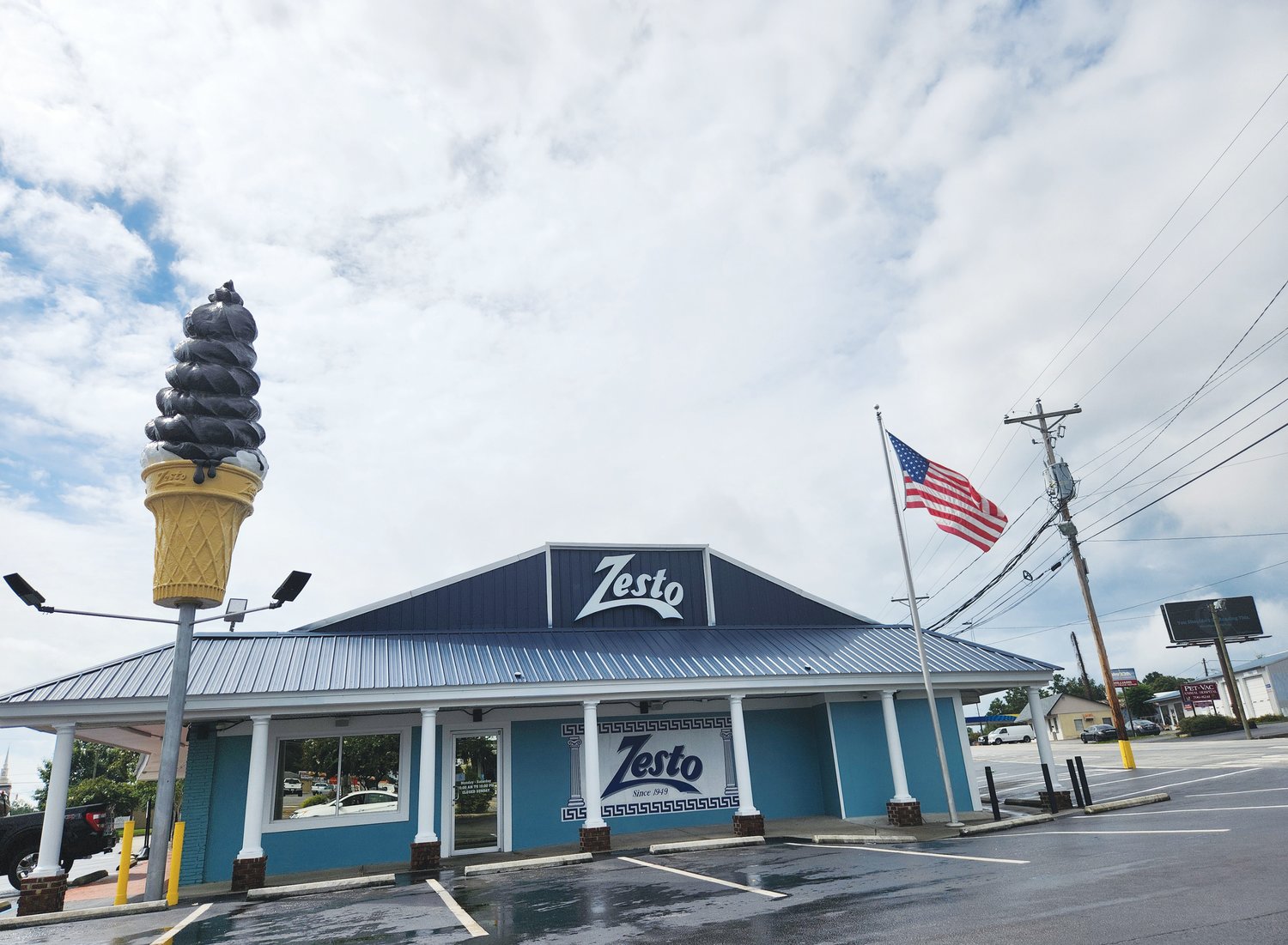 The restaurant under the giant cone celebrated a milestone this year. Zesto of West Columbia put a fresh coat of paint on the iconic chocolate dipped cone that looms over the central intersection in the city’s Triangle City neighborhood, on the occasion of the cone turning 40.

The cone was erected in 1982 by Stavros Chrysostomides, a friend of the restaurant’s original owner.

The West Columbia establishment known for fried chicken and burgers has been a local favorite for 73 years, while the giant cone came later. Current co-owner Pete Manos’ godfather, Angelo Tsiantis, had an idea and passed along a picture to his artist friend, Chrysostomides.

The towering dipped cone, which Manos estimates is roughly 25 feet tall, has chocolate dripping down the side — ironic, as Tsiantis dipped the ice cream cone in the chocolate to prevent drips and mess.

Chrysostomides is an artist and sculptor who also has a shark sculpture in Columbia and some other smaller sculptures, Manos told the Chronicle. Chrysostomides had help from Leon Strock in assembling the cone, made from fiberglass and steel.

While Chrysostomides passed away in 2007, Strock’s son Lee Strock was able to refurbish the cone this year by putting a fresh coat of paint on the cone. It probably took Lee about five solid days to finish it, having rented a crane to do so, Manos said.

The cone has withstood the test of time as the restaurant has experienced changes. In 2006, Zesto was remodeled to accommodate more people. A new kitchen was built, and the old kitchen was moved toward the back, Manos explained.

The original cone came down with help from Leon, who refurbished it after the building was done, the co-owner said.

The cone is an icon itself and makes for many picture-worthy moments.

“Sometimes you go to work and don’t think about it,” Manos said.

But it’s not just something that is seen atop the restaurant. It’s also emblazoned on the side of a bus in downtown Columbia and in numerous places Manos uses it in marketing all the time.

“It sets us apart from other stores,” he said.

Zesto of West Columbia wasn’t always in the city formerly known as Brookland. Originally, the restaurant was an ice cream shop in Five Points, part of a national chain.

“My father came from Greece and started working for my godfather in the Five Points [location],” Manos said. “In 1961, Angelo noticed the store in West Columbia for sale. At the time, it was a square block building selling ice cream.”

Eventually, Pete’s dad dropped out of school at the University of South Carolina and became partners  in the business. Then in 1996, Pete bought into the company, and as of 2003, the company is evenly split between Pete and his dad.

The West Columbia location is no longer part of a chain as that diminished years ago. Pete said there are still some self-standing locations around the country including Nebraska among other places. The restaurant under the giant cone is not affiliated with other Zestos in the Midlands area.