Tucked away on South Church Street in Lexington lies a dessert and sandwich shop with 25 years of history. 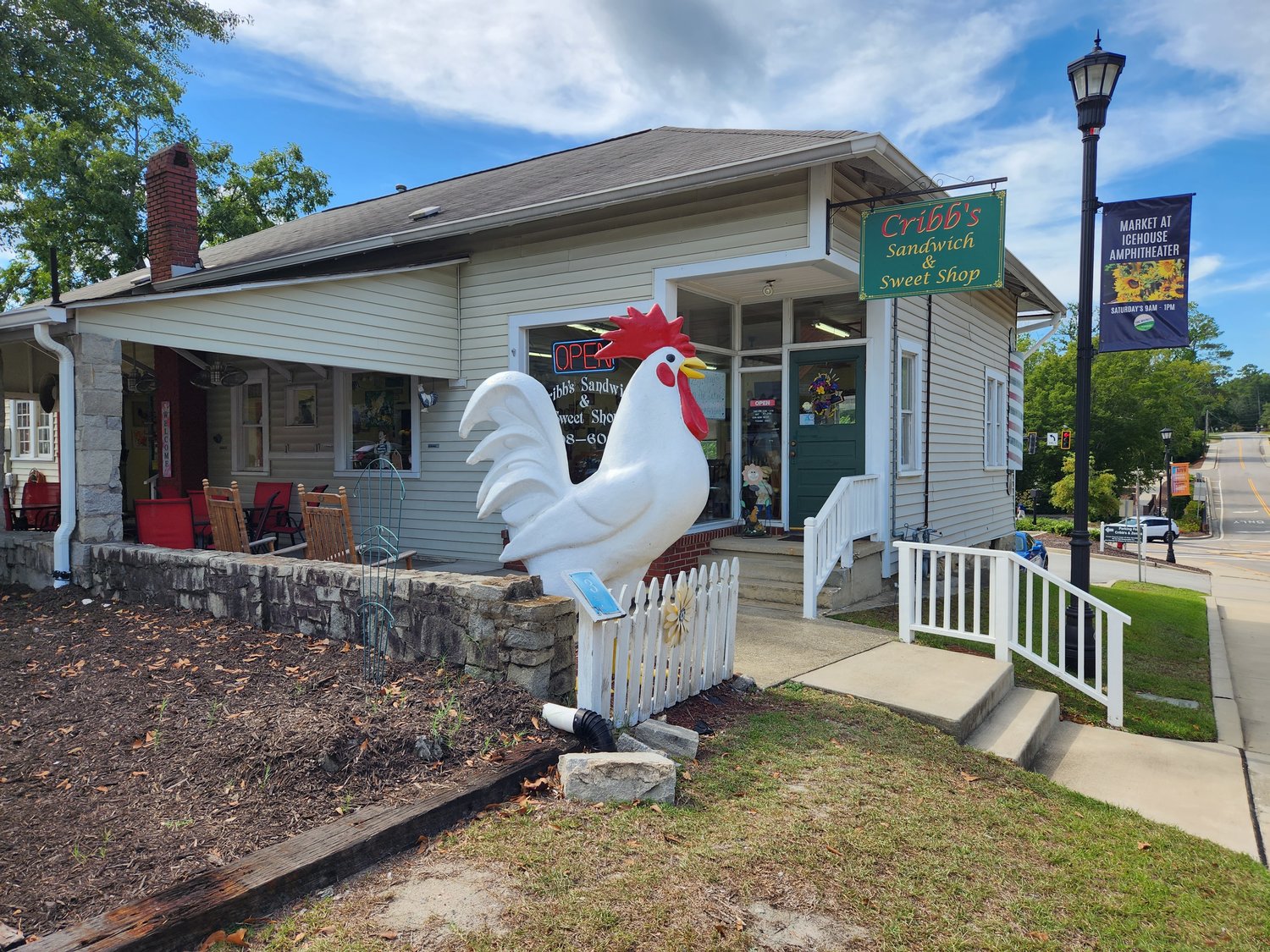 Tucked away on South Church Street in Lexington lies a dessert and sandwich shop with 25 years of history. Cribb’s Sandwich and Sweet Shop is a family-owned, country-themed shop made extra cozy by its owners Joe and Lisa Cribb.

“Everything that happened was heaven’s sake,” Cribb said. “I used to work in printing and just prayed for something.”

One day he looked at his wife, Lisa, and said, “Let’s open a sandwich shop.”

She went along for the ride and hasn’t looked back.

Joe said he went from a good-paying job to not knowing what he was walking into. He didn’t have any professional culinary experience, but he loved to cook and bake and was always in the kitchen with his mom since he was a young boy.

When the shop first opened on Aug. 25, 1997, the couple took out a second mortgage on their home, and they lived paycheck to paycheck for a while. They didn’t use any advertising, but Joe explained that they pulled a profit the first week and have thrived or survived ever since thanks to their loyal customers.

“Even during the pandemic, someone would pick up an order and leave a $20 tip,” he said.

These days, the Cribbs’ daughter, Ashley Wingard, and her husband help out at the eatery, which is open for breakfast and lunch Tuesday-Saturday.

The building has existed since 1888, going through many hands. Before the Cribbs moved in, it used to be a consignment store.

Lisa found the building. She was going to the consignment store looking for something for their kid and the lady was putting a rent sign up.

The building used to be a funeral home as well as a TV and appliance store. The Cribbs have heard a variety of stories from people who remember its former days. Joe said he’s had people come in and tell him it’s where they first saw a television.

The shop has survived through many economic changes and the addition or subtraction of various businesses along Main Street, which is less than a block away.

Around the late 2000s, when Sunset Boulevard’s growth was stealing business from Main Street, Joe and his wife started to notice fewer customers. He was on a trip up to Bethune, N.C., and saw a pottery place with two roosters. He got the contact information from the store and returned home.

Once Joe returned home, he contacted the town of Lexington regarding putting a giant rooster in front of their restaurant. There was a process he had to go through because the town treated the rooster like a sign in regards to regulations. Once that matter got approved, the fiberglass rooster arrived on the back of a truck, and people started noticing and taking pictures.

When it comes to the recipes, Joe said he makes foods people would find in their grandma’s house.

“When you come here, it’s like stepping back in time,” he says. “People feel so comfortable and welcome.”

There are recipes that are Joe’s and Lisa’s, and then there are recipes that they find or just come along. For instance, the caramel cake Joe makes is one he found in The State newspaper. It became a hit when the health inspector brought it back to the office and called back wanting another one. At first, Joe wasn’t sure because he had to perfect the icing, but ever since then it’s been a highly requested item.

“I told her, we’ve been married for 14 years and you never made anything like this,” Joe said of when he first tried his wife’s chicken salad.

The couple measures, but it’s not always perfect when it comes to amounts. But they still manage to be consistent — Joe compares it to watching his grandmother making homemade biscuits; she never measured but she was always consistent with how she made the biscuits.

“It’s time-consuming but fun,” he said. “It’s definitely a passion of labor and love we’ve built from the ground up.”