In many ways, you may feel for new President Joe Biden.

He has to walk a fine line between the moderates in his party and the hard line socialist left. 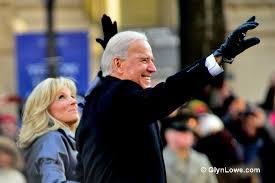 In many ways, you may feel for new President Joe Biden.
He has to walk a fine line between the moderates in his party and the hard line socialist left.
That latter includes his VP choice Kamala Harris.
In his inaugural speech, Biden talked about unifying a divided nation and bringing us together.
That's easy to say. It's almost impossible to do at this point in our history.
He promised to be a president for all Americans. Really?
He's already making it harder for himself with what he plans.
His lineup of policy dominos will destroy his credibility with Lexington County conservatives if he ever had any.
He planned to take more than a dozen executive actions during his 1st day in office.
This includes tinder box items like race relations, LGBTQ equity, immigration and global warning.
He will win few friends here by undoing tax cuts and raising taxes to pay for utopian dreams.
According to his transition team, here are a few planned executive orders.
▪ Systemic racism: Biden aims to end racism and other barriers to opportunity.
▪ Reversing patriotic education: Biden believes in diversity training and doesn't believe socialist indoctrination is going on in public schools.
▪ LGBTQ rights: Biden will ensure Title VII is interpreted to prohibit “workplace discrimination on the basis of sexual orientation and gender identity.”
▪ The border wall: Biden will halt work on the wall and end "harsh immigration enforcement.”
▪ Student loans: Biden wants the Education Department to extend the pause on interest and principal payments at least until Sept. 30. What do you bet total loan forgiveness comes next? And you as a taxpayer will pay for it.
▪ Census count: Biden will halt Trump’s efforts to exclude undocumented immigrants. That means more of your federal taxes will flow to states with high illegal immigration.
▪ The Muslim ban: Trump banned possible terrorists from several Middle Eastern countries. Biden will reopen the door.
▪ Ending the WHO withdrawal: Trump was withdrawing us from the incompetent, China-loving World Health Organization. Biden will embrace the WHO even though they are not up to the job.
▪ Paris Climate agreement: Trump withdrew us from the agreement because none of the other nations met their promises. That doesn't matter to Biden. He will rejoin.
▪ Rolling back deregulation: Biden wants to return to Obama's heavy-handed regulations and sluggish economy. He will tell federal agencies to undo Trump’s deregulations that stimulated our economy and brought thousands of jobs back to the US.
▪ Keystone XL pipeline: Kiss this, fracking and other fossil fuel production goodbye. Hello, solar and wind fraudsters who want your tax dollars.
Even if Biden says he wants to be "president for all Americans," this doesn't look like it.