Years ago an innovative editor shared his vision of what both of us thought would be a great newsp@@aper. It would not hold its readers at arm’s length and preach to them as many newspapers … 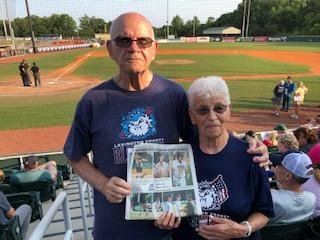 Years ago an innovative editor shared his vision of what both of us thought would be a great newsp@@aper. It would not hold its readers at arm’s length and preach to them as many newspapers do.
The newspaper would be factually as accurate as possible, give all side of any controversy and tell stories rather than just write reports. It would be the kind of newspaper its readers could hve faith in and depend on it for the truth.
This editor knew people were fascinated by tragedy as much as comedy and he aimed to give them plenty of both.
His idea of a crime story was to find the victim and tell the story through their eyes as it happened to them, to brng the incident to life for his readers
This is a lot easier to say than to do.
It doesn’t take a lot of work to turn a police incident report into 150 words for tomorrow’s editions. His way takes time, phone calls and shoe leather to get the kinds of stories which tell in human terms, not just who did what to whom.
Newspapers were filled in those days with skeptics at best and cynics at worse.
It was like something out of “The Front Page” if you remember the movie.
Reporters and editors considered themselves tough-talking, hard-boiled realists who want to get the next mayhem or murder and shove it into the next edition.
That kind of journalism doesn’t take a lot of thought, just quick typing fingers.
Then along has come a relatively new phenomenon called fake news. Those who practice it don’t think they are doing it. But they are following a political narrative.
If the story doesn’t fit that narrative, it never sees print. But if news can be bent to fit the narrative, then they can go after it.
I don’t mean to sound holier than thou but that’s not the way we do it at this little newspaper. We have no narrative but on this page will express our best informed opinion of what the news means.
Someone asked me the other day if I was in sympathy with the District 5 board or its resigned superintendent. I am not and neither is this newspaper. We have tried faithfully to report both sides as we have done in the home building moratorium, too.
That’s why it has been so uplifting to hear from many readers that they feel they have confidence in us and our reporting.
For example, Fran Klaver sent us a note last week and included Bill Shanahan’s photo of them.
She and her husband David are holding a copy of the Chronicle at a Lexington County  Blowfish game. Fran wrote: “The Chronicle is the only source for unbiased reporting.  Thank you for providing the honest truth.
“If you have a question just ask the Chronicle and they will respond.”
Fran’s thoughtfulness made our day.
What she may not be aware of is that we are still pursuing a vision an editor shared with us more than 50 years ago.
We don’t always get all of the facts and sometimes don’t get them quite right.
If that happens, please let me know.
Please write if you have a commwent to share to JerryBellune@yahoo.com